‘The Bold Type’ bid farewell with an emotional series finale. HL spoke EXCLUSIVELY with the show’s EP about how the show ended for Sutton, Jane, and Kat.

After 5 incredible seasons, The Bold Type’s run ended on June 30. Sutton, Jane, and Kat embraced all the many changes coming their way in the final episode and had one last fashion closet moment. The future looks very bright for this fierce trio.

HollywoodLife spoke EXCLUSIVELY with executive producer Wendy Straker Hauser about the big twist of Kat becoming editor-in-chief of Scarlet, as Jane decided to travel the world. Wendy also discussed bringing Richard and Sutton back together, which almost didn’t happen. Here’s a breakdown of everything that happened in The Bold Type’s series finale: 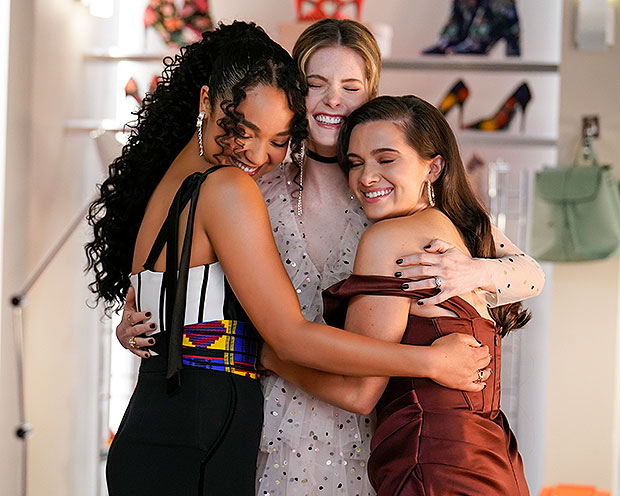 Was it always the plan for Kat to end up as editor-in-chief of Scarlet?
Wendy Straker Hauser: I don’t think it was always the plan. It was thought of by one of our writers to be honest, and I immediately thought, this is perfect. Of course, this is how it’s supposed to be. But I think we were always trying to figure out, especially when we knew that it was the last season, how do we get Kat back at Scarlet? As amazing as her journey has been, we missed those fashion closet moments, we missed those walking into the office moments. Finding a way to get her back in there, but also being mindful that she left for good reasons, was tricky and a challenge. But it’s also one that I think we pulled off. It just felt right for us the minute that came into our writers’ room.

With Jane, it makes total sense because she’s always been such a writer. Kat definitely has that more managerial aspect to her. Jane is leaving New York behind for now. Do you think she’ll eventually come back to New York, or do you think this could be the start of a different path for Jane?
Wendy Straker Hauser: I don’t know. I’m excited. Again, these characters are not real, but they feel very real to all of us. I’m excited for her journey. I can’t even predict it because I don’t think that our character would know where she would end up either. She may end up being a world traveler who’s always on the road. There’s a part of me that feels like she has the most to explore post-Bold Type out of all of them, probably because she sort of had it all planned out very early in life. I’m excited for her character. 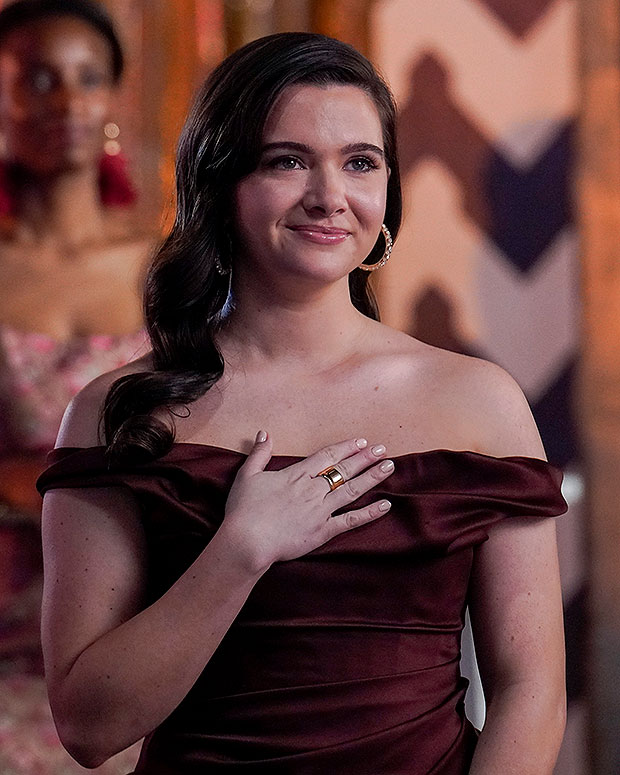 For the last year and a half, shows have had to make major changes because of the pandemic. Was there ever an alternate ending you had and then maybe changed? Or was this always the path you had intended?
Wendy Straker Hauser: I never really thought about where they would all end up. First of all, TV is so crazy. You never know what’s going to happen. Secondly, I was just so excited to be on the journey with these characters and just take it one episode at a time or one season at a time. I had never really imagined what that series finale would ever look like. Obviously, the minute we got our final season we had to start thinking about it, and we had to think about it fast because it was a very short season. We came up with a pretty, pretty quickly. I will say that we grappled with Sutton and Richard in terms of how to resolve their conflict. That seemed like it was going to be an ongoing conversation, but the other two we knew where we wanted to go. It was just how are we going to execute it given the very short time that we had and allow it to feel fun but also real. The funny thing is we had a moment where we didn’t know whether we were going to see Jane take the reins as editor and be in training. She did in episode 5, but we sort of felt like we would all miss it if we hadn’t seen her in that role. And then, of course, how would Jacqueline ever know that she could do it? but. But it was a challenge because it was such a short order, but I’m really happy with how it came out.

Pinstripe does return for a brief moment. Was there ever any talk of a reunion with Jane?
Wendy Straker Hauser: There was and I think that was a tough one because I personally am a Pinstripe-Jane fan. Had we had more time, we could have entertained other avenues for the two of them. But it was also one where it was kind of nice to see that, as special of a place that they both hold for each other, at least for right now they’re both in the places that they’re supposed to be. I kind of liked that they came back together and it wasn’t fraught. They had enough distance to really respect and love each other but not be heartbroken by each other. But you never know. Obviously, we don’t have the opportunity right now to see it, but I do believe that Ryan had met the woman that he wished and wanted to marry. He was just not mature enough in the moment to make the right choices. I think Jane Sloan is the one that got away for him. 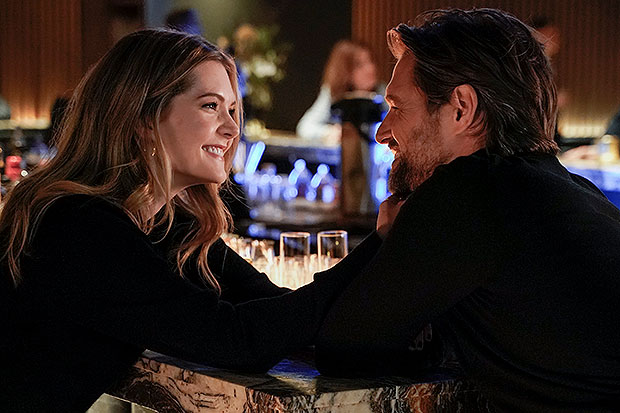 Sutton and Richard do end up back together. He comes to the realization that he wants Sutton more than he wants kids. With this couple, was there any other endgame for them?
Wendy Straker Hauser: I always wanted them together in the end. I will say that we are a very collaborative room. We have so many discussions, and we all listen to each other. There were discussions of, how do we take this very serious, real element that is not the same for both of them in terms of what they’re looking for in their life? How do we allow them to be back together without making it seem like anyone is flip-flopping? We did go down other avenues. Ultimately, this one just felt the most right. We went down other avenues and we made this change within the season. I think everyone was really, really happy that we did, but what it wasn’t always known. We were sort of vacillating the entire time.

I was wondering, if you weren’t able to get Sam Page back, would it have changed things for Sutton and Richard?
Wendy Straker Hauser: The truth is that it was touch and go whether we were going to be able to have him back, especially with COVID and scheduling and all of those things. That was a challenge. We knew in our back pocket that this might not happen, and we may have to come up with a plan B. That would have been very hard. But we would have come up with something, and it wouldn’t have been as good as it was. Just to have them on screen together it’s so magical and amazing, and the minute you do you just know that they just have to be together.

Bringing Kat and Adena back together was so magical. Was that always something you intended to do in this season?
Wendy Straker Hauser: I think we always felt like they belong together. Obviously, Adena was Kat’s first love. She had a big journey to go through before she could come back to Adena in a way that would allow them to have forever. I really do love what we did with Kat’s issues with a fear of commitment, and how we made episode 5 her ability to get over her fear of commitment in the workplace, and then how she was able to take that and apply it to her love life with Adena. That felt really, really good to us, and it felt really grounded in who her character is. 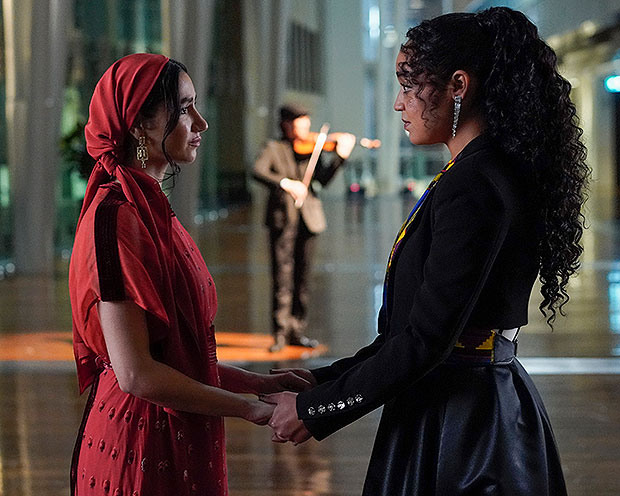 Jacqueline has been the anchor of this entire series. This final episode showed the old guard making way for the new guard. Do you think Jacqueline will always have a presence at Scarlet, even though she’s not editor-in-chief anymore?
Wendy Straker Hauser: I could see her being a mentor to the girls through everything — through one of them having kids, through work challenges, through personal challenges. I think she’s family, but I think she’ll be able to let go. I think she’ll be able to be on the beach somewhere and open up her computer and see a Scarlet article and smile. I think she has a whole other life professionally and probably with her husband to explore together. I think she’s just entering a new, amazing chapter. She’s finally ready. I really liked that she sort of decided to leave on her own terms. It felt liberating rather than that she had to step aside.

A six-episode season is obviously shorter compared to previous seasons. Was there anything that you wish that you could have explored more of if you’d had more episodes?
Wendy Straker Hauser: I think there’s so much that we would have loved to explore more. I think, ultimately, we probably would have gotten in the same place. We appreciate and understood that some things might feel a little rushed. I think we did the best we could have given the circumstances, and I really think we did a pretty amazing job getting these characters to where they should be. We left those women in a really messy place last season, and the hope was that we would have a much longer time to have them pull themselves out of that mess. I do think your late 20s are a really messy time and a painful time, but I think they sort of allow you to enter your 30s in a more confident, stable way. That journey being told over more episodes would have been a lot of fun.