A woman has revealed the most shocking part of becoming a competitive bodybuilder was the ‘passive-aggressive’ comments she received from others.

Having spent most of her early-thirties bed-bound due to chronic fatigue, Erin Rhone, who lives in Brisbane, turned to the sport after deciding to get in the best shape of her life during lockdown.

However the Mamamia writer explained that she was inundated with comments from people giving their views on her attempt to become a bodybuilder while claiming they couldn’t commit themselves to the activity.

She admitted that she hadn’t anticipated the judgment from strangers, adding: ‘I lost count of the number of times I had people roll their eyes at me and say: “OMG ewwww are you going to be one of those super tanned chicks who look like men?”‘. 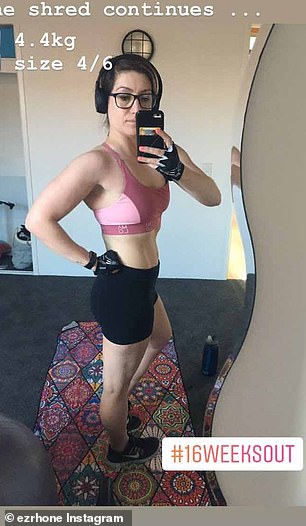 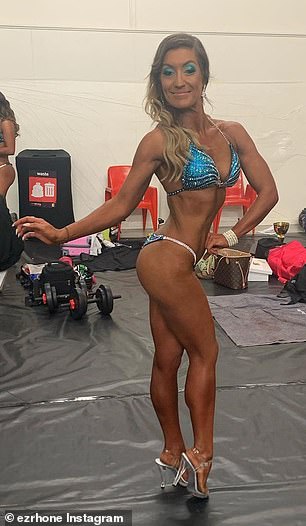 Erin Rhone (pictured), who lives in Brisbane, has claimed she was inundated with ‘passive aggressive’ comments from others while training to compete as a bodybuilder 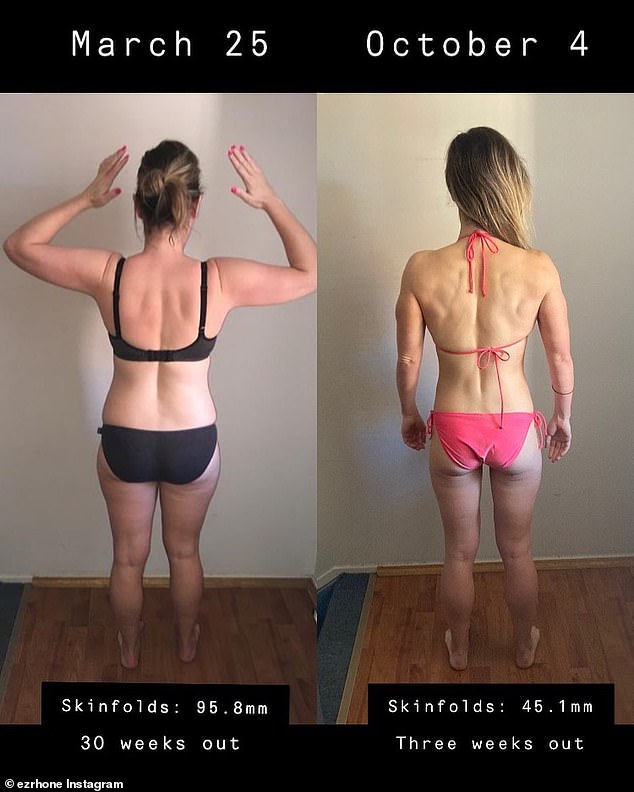 Other comments included: “Oh, I could NEVER do that – I have too much of a social life,” or “Wow, you have to weigh all your food? That seems crazy restrictive,” or my personal favourite – ”

Having grown up with three brothers, Erin said she always like working out and exercising in unusual ways.

Over the years, she took on a series of bizarre challenges including running a half-marathon on The Great Wall of China, bungy jumping in New Zealand and canyoning in Slovenia.

Erin explained that she hired a personal trainer and dietician to help transform her body in just six months.

She began working out up to six times a week, splitting her regime between two days of legs and three days of upper body in addition to one session with her trainer. 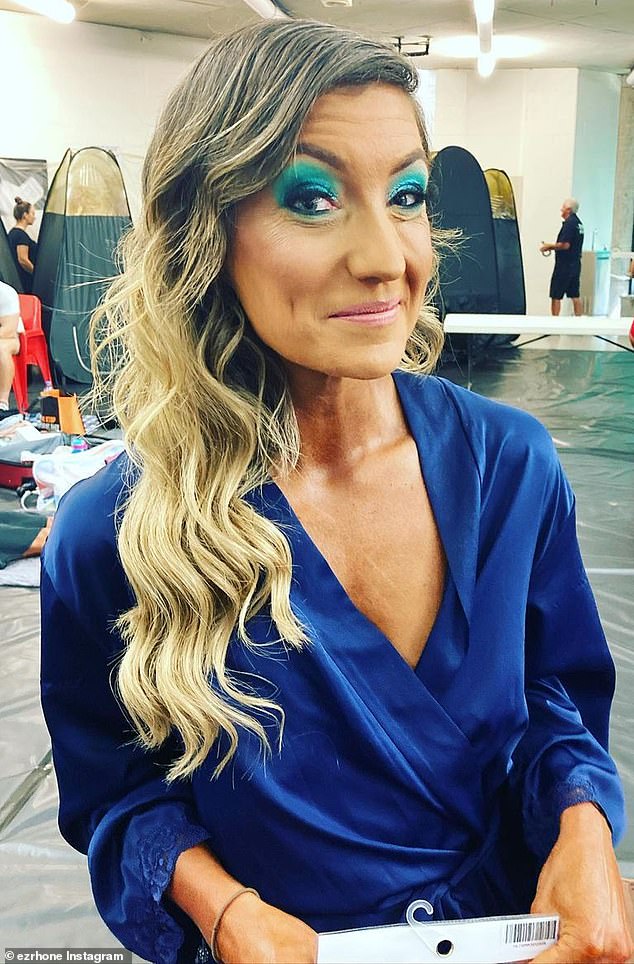 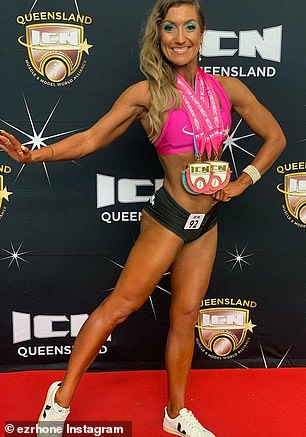 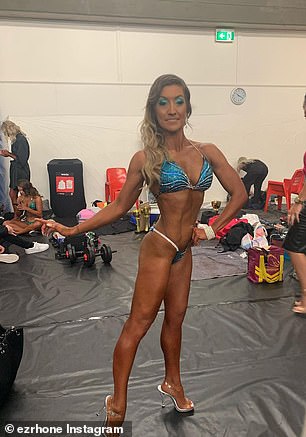 What is Chronic Fatigue Syndrome?

Also known as ME – or myalgic encephalomyelitis – CFS can affect anyone, but is most common in women in their mid 20s to mid 40s.

The most noticeable symptom is extreme tiredness, but others include problems sleeping, joint or muscle pain, headaches, flu-like symptoms, and a fast or irregular heartbeat.

Tracking her workouts, step count and diet, Erin revealed she turned to home and outdoor workouts when gym closed to decrease her body fat and expose her muscles in time for competition season.

She added: ‘We live in this bizarre paradox where we put people with impossible body standards up on a pedestal, and yet tear down anyone who dares to actually achieve them.’

‘All passive aggressive, all super-loaded and all reflecting a sense of self-loathing that has absolutely nothing to do with me.

‘Why must we tear down what we don’t understand?’ Erin said.

The bodybuilder admitted that despite committing herself to the sport and achieving her goal to compete, she still has the same insecurities as when she began training.

She said that she still has stretch marks, cellulite and saggy skin.

She also confessed that she once feared being judged by fit people in the gym and was even left ‘mortified’ after accidentally injuring another gym-goer.

Erin revealed that her experience of being inundated with negative comments while getting competition ready taught her that everyone has insecurities and despite the images on Instagram, confidence is more about how you feel about yourself than how you look.