It’s fair to say that someone has a distinct sense of style when an entire group of people can emulate his signature look for a themed event. Friends and family dressed like Wells Adams at his birthday party. His go-to look isn’t the most outrageous, but it is very recognizable. All it takes is a beanie, red flannel shirt, ripped jeans, and a leather jacket to channel the Bachelor in Paradise bartender’s style.

Even though the birthday party was a surprise, Wells showed up dressed on theme without actually trying. This just further emphasizes how perfect the theme really was. He rocked his standard look along with his girlfriend, Sarah Hyland, and fellow Bachelor in Paradise alums Evan Bass and Carly Waddell at the Nashville event.

Unfortunately, this was not filmed for what could have been an amazing Bachelor franchise spinoff show, but those who attended did document the party on social media, so their fans and followers could vicariously enjoy the fun.

Wells posted a group photo from the party on Twitter. Everyone did such a good job complying with the theme that it actually does take a little bit of effort to spot Wells himself in the photo. It’s almost as difficult as a Where’s Waldo? book. Wells in a sea of Wells.

He even joked, "My friends threw me a surprise birthday party and everyone dressed up like me. I feel like I need to diversify my wardrobe." Does he though? Having a signature look and friends and family who are willing to copy him is a very cool thing. There’s no real need for Wells to switch it up if his style is so well-received at this point. If it ain’t broke, don’t fix it.

Sarah Hyland shared some photos from the party in her Instagram stories. She and the birthday boy looked adorable, yet cool, in their coordinating outfits. 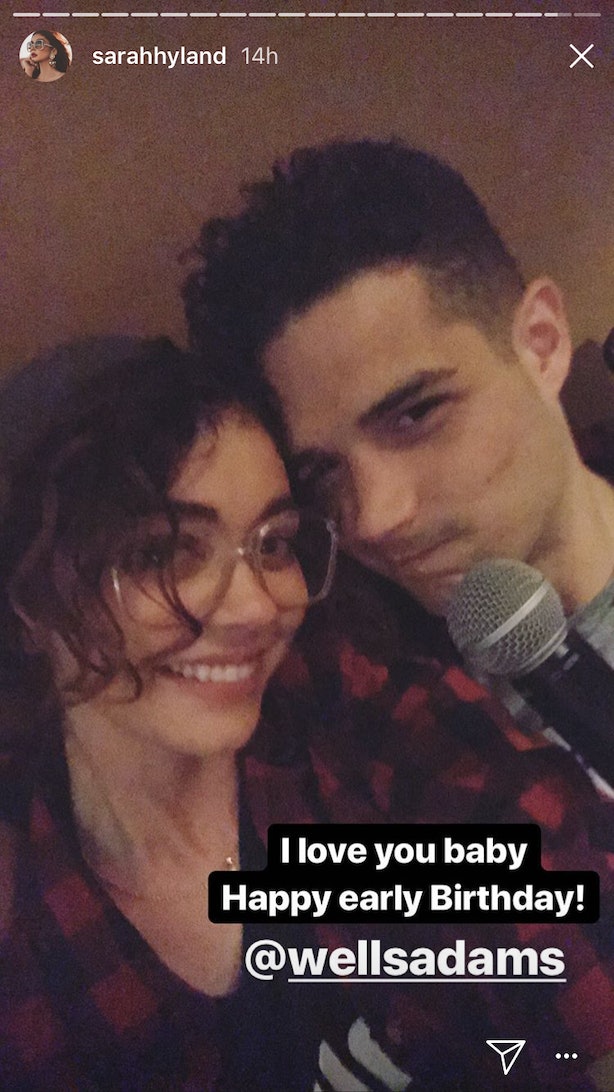 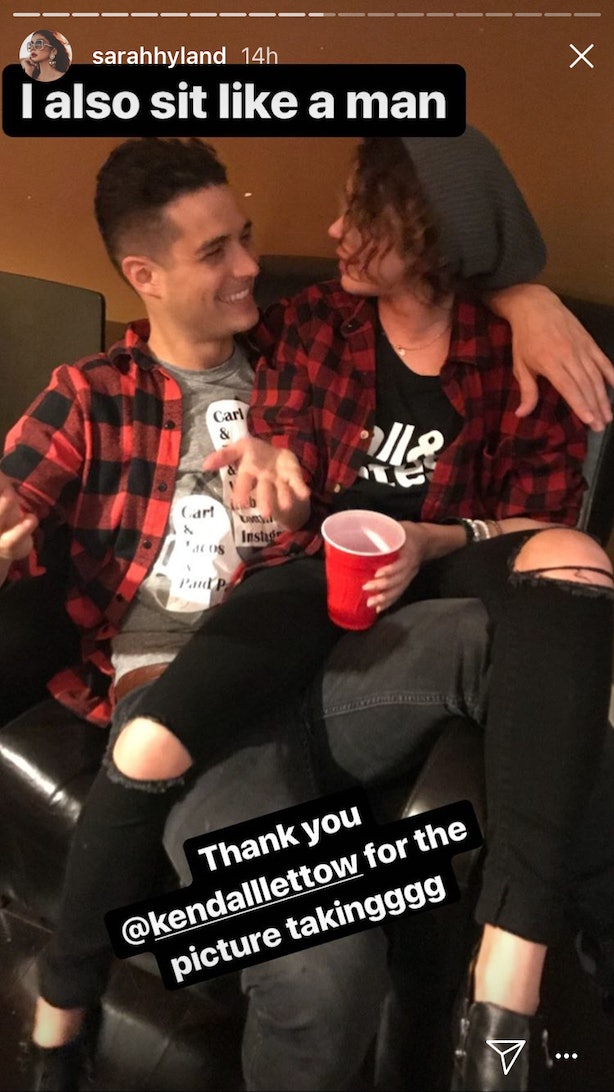 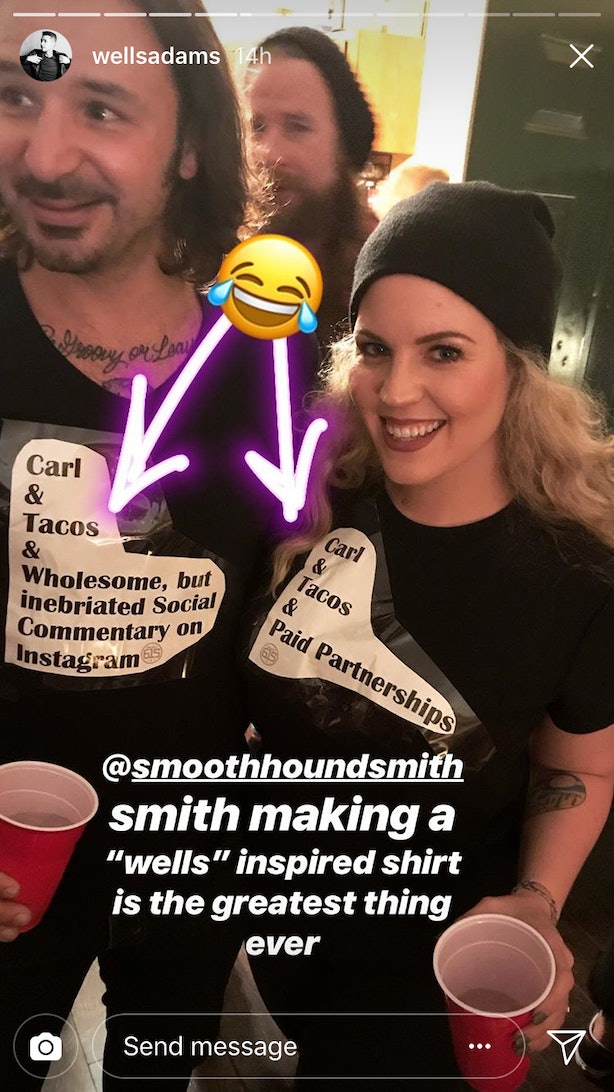 This party really was so on point. Wells actually does rock some elements of the beanie, flannel, ripped jeans, and leather jacket look often. Very often.

Wells wore a beanie and leather jacket for this photo with the latest Bachelor, Arie Luyendyk Jr. Thanks to the cropping, it’s unclear if the jeans were ripped, but it’s safe to assume they were.

Wells wore a flannel and beanie in this photo with his dog Carl:

Wells has had this sigature look going for a while at this point. He wore a beanie, flannel, and some non-ripped jeans back when he was on Season 12 of The Bachelorette vying for JoJo Fletcher’s heart:

The birthday party wasn’t the first time that people have tried to channel their inner Wells with their ensembles, either. Wells’ Bachelorette co-stars Grant Kemp, Luke Pell, and Vinny Ventiera all wore red flannels and jeans just like Wells in this pic:

The final rose recipient from The Bachelorette Season 12 Jordan Rodgers stole Wells’ look, as well. Wells joked, "One day you’re stealing my clothes in Uruguay and the next day you’re engaged…congrats @jrodgers11! @joelle_fletcher you grabbed yourself a goodun!"

Even though Wells is a low-key guy with a laid back sense of style, he really does have a signature look. And he has a lot of people who love him since they were all excited to dress up just like him.