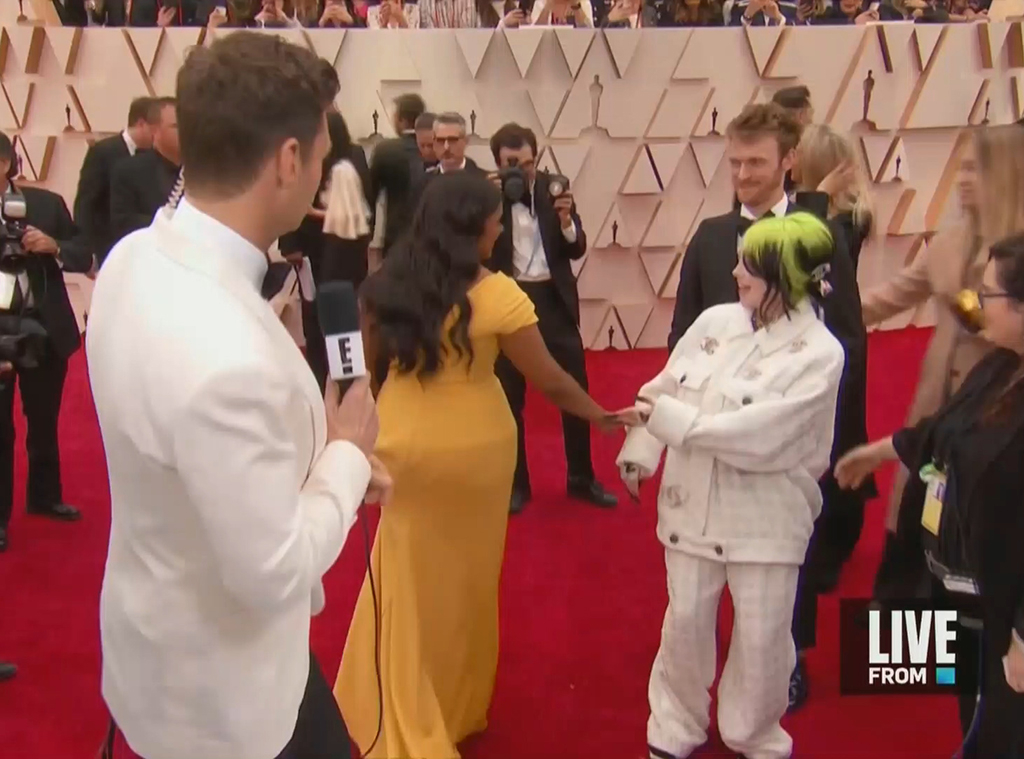 Billie Eilish may have five Grammys, but you know what she doesn’t have?

A Dundie. And you know who does have a Dundie? Kelly Frickin’ Kapoor.

Major Office superfan Billie Eilish is one of the biggest stars right now, especially after sweeping all four major categories at the Grammys a couple weeks ago, but even the biggest stars can get starstruck by former customer service reps at paper companies.

Eilish was about to head up to E!’s platform at the 2020 Oscars to talk to E!’s Ryan Seacrest just as Mindy Kaling was leaving the platform, and the two shared a very brief but very cute and very relatable moment together.

We couldn’t hear what they said to each other, but we can imagine it going something like this:

Billie: Oh my god! I love you!

Mindy: I love you more!

You can see the moment in the GIF below.

Eilish is a well-known fan of The Office, and even sampled a bit of Michael Scott’s feature film Threat Level Midnight in her song “My Strange Addiction.”

Kaling tweeted her approval, saying “I just learned @billieeilish sampled a clip from #TheOffice on one of her songs “My Strange Addiction”…Threat Level Midnight?! Billie, I like your style.”