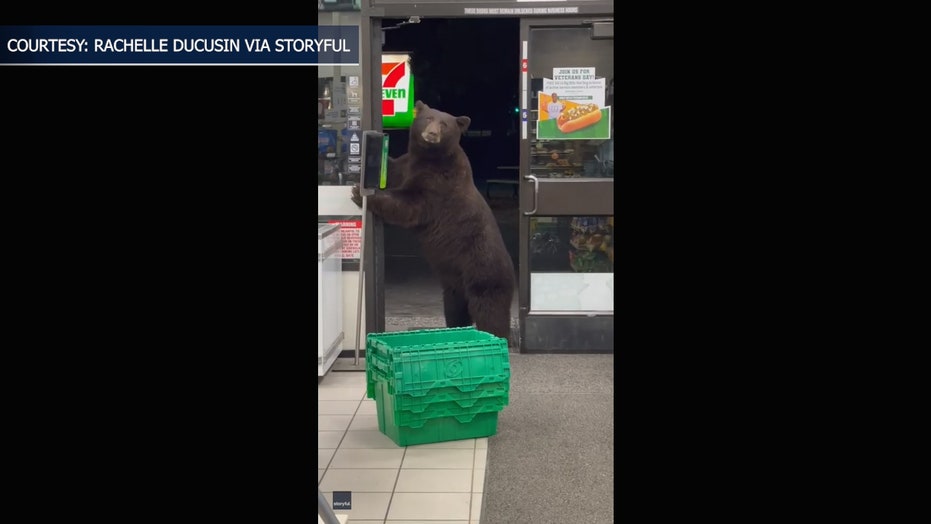 Rachelle Ducusin, an employee at a 7-Eleven in Olympic Valley, California, captured the footage while she tried to scare a bear out of the store.

People who work the late shift at 7-Eleven are probably used to dealing with some unusual customers. One employee in California, however, had to deal with a situation that probably wasn’t covered in the employee manual. 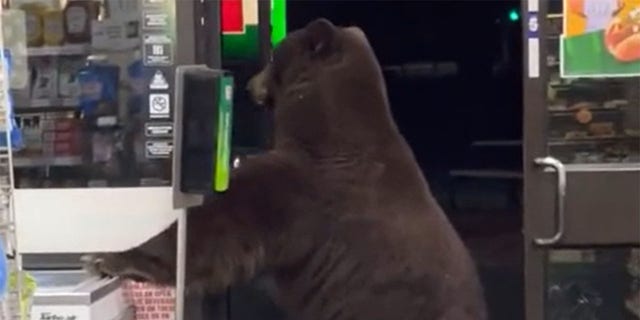 Rachelle Ducusin, an employee at the Olympic Valley convenience store, captured the footage while she tried to scare the animal away.
(Rachelle Ducusin via Storyful)

The worker filmed a bear opening the store’s front door and walking right inside. While the animal appeared calm and mostly just curious, it also did not seem to react to the screams from the employee.

Rachelle Ducusin, an employee at the Olympic Valley convenience store, captured the footage while she tried to scare the animal away. She spoke with Storyful, a news–gathering agency, about the experience.

According to her, she had spotted the bear earlier that night as it rummaged through the store’s garbage cans. When it charged at her, she retreated back into the store. Apparently, the hungry animal followed her back in.

Fortunately, Ducusin was able to call 911 for help. Emergency services arrived and scared the large animal off with rubber bullets before anyone was injured.

In the video, the bear stands in the doorway and doesn’t venture too far into the store. At one point, it appears to activate a hand-sanitizer dispenser. While this is going on, Ducusin can be heard yelling at the bear to leave the store.

Throughout the encounter, the only thing that appears to be between the woman and the bear is a pile of empty crates.

While the bear was momentarily scared off, it apparently came back later that night to once again rummage through the trash cans (although it didn’t enter the store again).