Now Bafta moves to improve diversity: Prince William backs plan to invite 1,000 new members from ‘diverse communities’ after he attacked the ‘whiteness and maleness’ of the awards in a damning speech

Prince William has helped push through a staggering 120 innovations to increase diversity at Bafta.

The ‘watershed’ new moves are related to an impassioned speech the Prince made during the televised British Academy Film Awards in February where the visibly angered royal attacked the overwhelming ‘whiteness and maleness’ of the prestigious awards.

Plans were introduced today to invite 1,000 new members from diverse communities within the film industry to join Bafta – the British Academy of Film and Television Art. 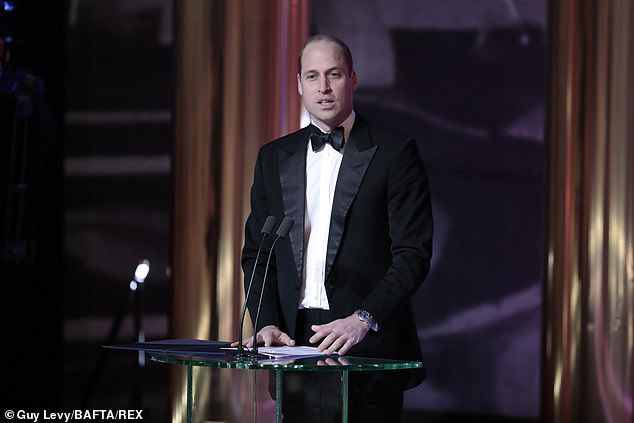 Prince William has helped push through a staggering 120 innovations to increase diversity at Bafta. Pictured delivering an impassioned speech at the awards show in February this year about the overwhelming ‘whiteness and maleness’ of the prestigious awards

Such measures include special discounted rates, conscious voter training will be required of all members before they can vote for a film or performance and there will be a drive to ensure members see all movies on the longlist and not just Hollywood blockbusters.

In addition, wide-ranging membership surveys ‘to see who we are’ will be introduced plus plans to put the British back into Bafta by putting the spotlight on British films.

‘There are going to be ten British pictures in the best British film category, up from five with new measures for voting for them,’ said Bafta chair Krishnendu Majumdar today.

He said it would give the award ‘ a stronger British identity’ as pictures that are normally sidelined would be seen by Bafta voters.

Majumdar told the Daily Mail that the Duke of Cambridge was updated as Bafta officials consulted with four hundred people from within the industry including actors, filmmakers, technicians, film distributors plus many from outside of the business.

‘You just have to look at HRH’s speech at the film awards where he talked again about the need to do more to ensure diversity in the sector and in the awards process.He gets it and he’s behind it,’ said Majumdar.

Kensington Palace said that the Duke ‘as president of Bafta, welcomes the review as a positive step towards greater diversity in the awards process and across the industry.’ 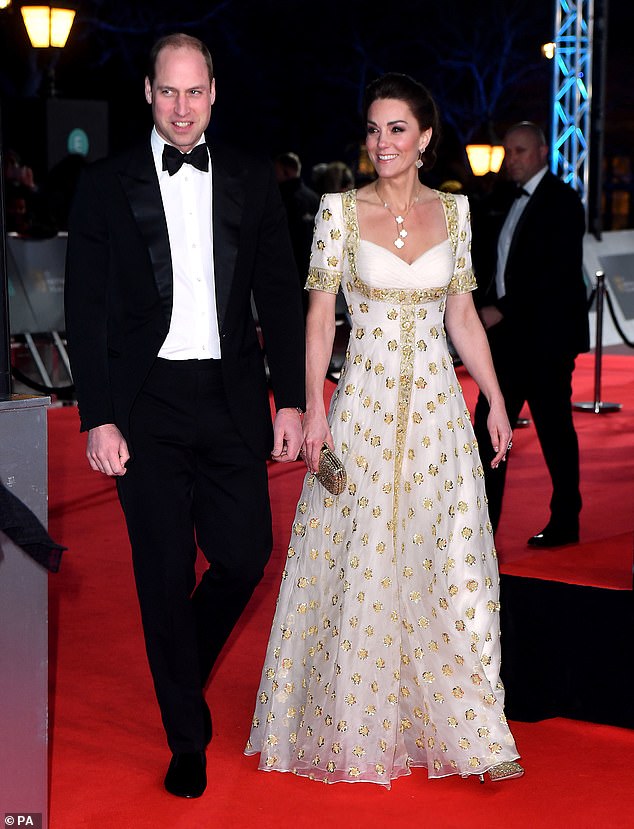 The Duke of Cambridge, pictured with the Duchess of Cambridge at the awards earlier this year, helped push through diversity changes such as special discounted rates, conscious voter training and plans to put the British back into Bafta by putting the spotlight on British films

He stressed, however ‘It’s absolutely not just about people of colour and gender, which is obviously two of the most unrepresented groups. Class is one of the biggest ones not just ethnicity.

‘We’ve got to be more representative of society. We want members to experience all kinds of films not just the standard blockbusters but films made by and starring people from diverse communities.’ 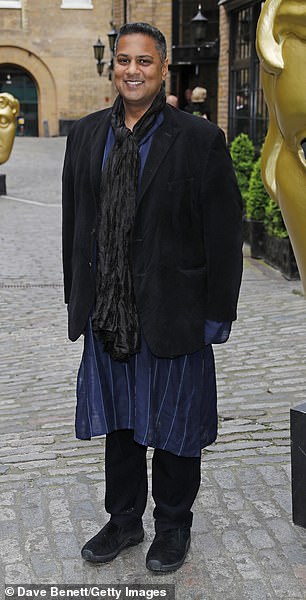 Asked what would happen if members declined to engage in the survey and conscious training, Majumdar responded ‘Well, if you don’t engage with the survey you can’t vote. You don’t have to answer every question but we ask members just to engage.’

Majumdar, a producer who runs his own film and TV production company, denied that the new changes were ‘woke’.

He said,’I don’t think we’re being woke, we’re just being contemporary, the world has just absolutely changed in the last few months in terms of these issues.

‘We consulted lots of people who talked about the pain and the grief of discrimination and we want to say, “We’ve heard you.”‘

Referring to a letter he sent to Bafta members, Majumdar said: ‘We’re not excluding anyone.’

‘We absolutely value and treasure all of our members, specifically the people who’ve been longstanding members with huge experience.

‘They have an enormous amount to give to the next generation. We treasure those people.

‘So people shouldn’t feel that they’re going to be forgotten, it’s about including other people,’ he said, noting that the organisation wanted to ‘broaden the palette of everyone and engage with contemporary work.’

Last year there was outrage at the exclusion of South-London born Cynthia Erivo from the best actress nomination list for her role as runaway slave Harriet Tubman in the film Harriet even though she’d been nominated for an Oscar.

Many said that Harriet hadn’t been marketed enough while cash was thrown at big budget pictures From now on film distributors are to be asked to cut back their awards marketing budgets to make it fairer for the many British independent films unable to compete.

There was also dismay that no female directors were listed in the best director section at the last Bafta awards.That category will now increase the number of nominees.

It will take time for the new plans to work their way through the system.’We can’t legislate what gets entered and what gets nominated and Covid is going to change the distribution pattern of films so I think 2021 will be a slightly odd year but those 120 changes will make a difference for the future, ‘ said Majumdar.