DeAnna Pappas announced that she husband Stephen Stagliano have split after 11 years of marriage.

“It is with immense sadness, Stephen & I have decided to end our relationship as a couple,” the former “Bachelorette” star, 41, wrote in an Instagram post on Thursday. “We have been working hard for a long time — both as a married couple & as individuals & have come to the conclusion to remain separate.”

Pappas added that she and Stagliano will “remain loving parents” to their two children, Addison, 8, and Austin, 6, and “will continue to raise them together with love & faith.”

“We ask you to respect our privacy during this difficult time as we navigate the new normal. We want to thank our dear friends & family for your endless support & many, many prayers during what has become the most difficult time of our lives,” she concluded. 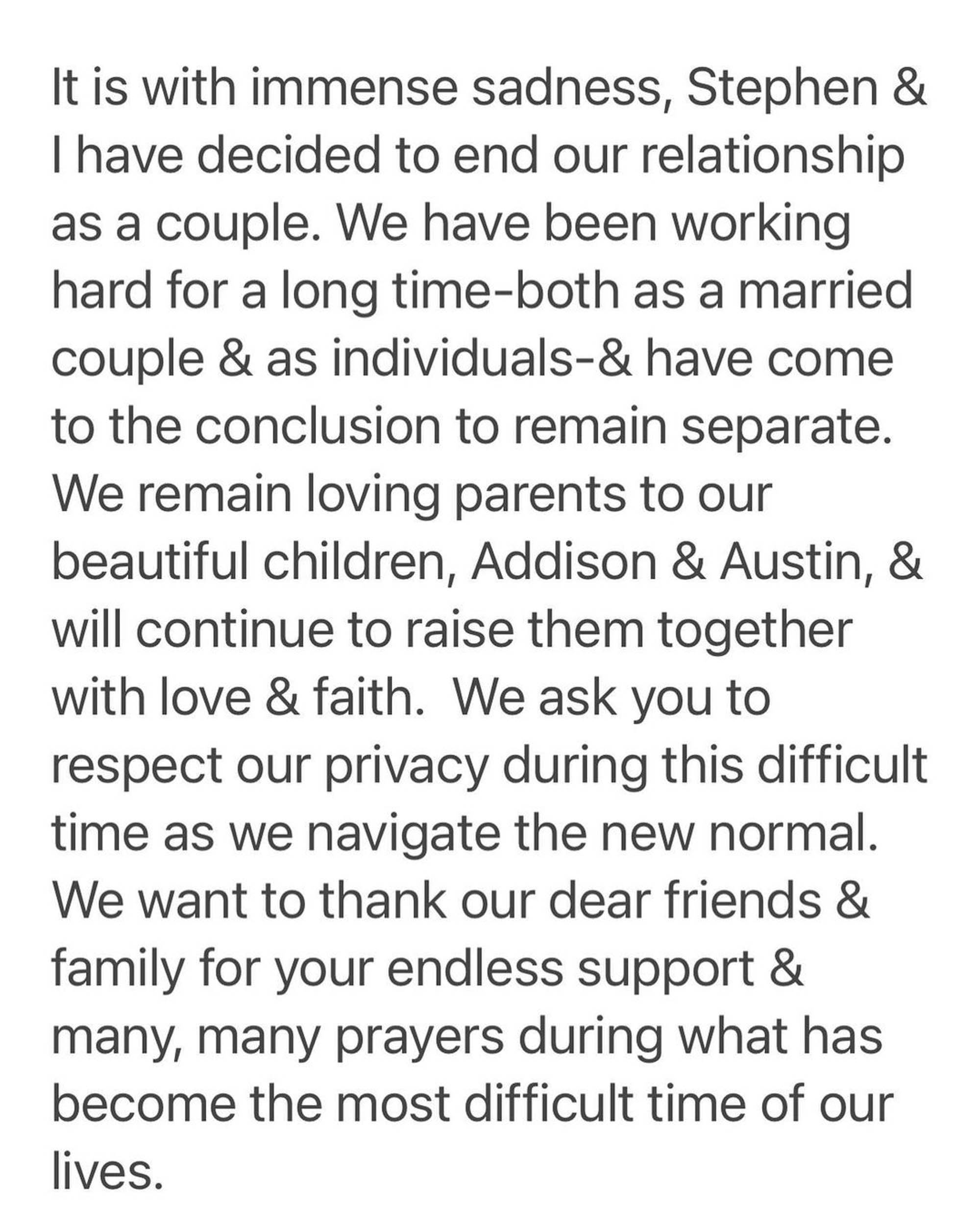 Pappas was met with a lot of support in the comment section of her post, especially from her Bachelor Nation peers.

“Love and support to you and your family,” commented former “Bachelor” Bob Guiney. 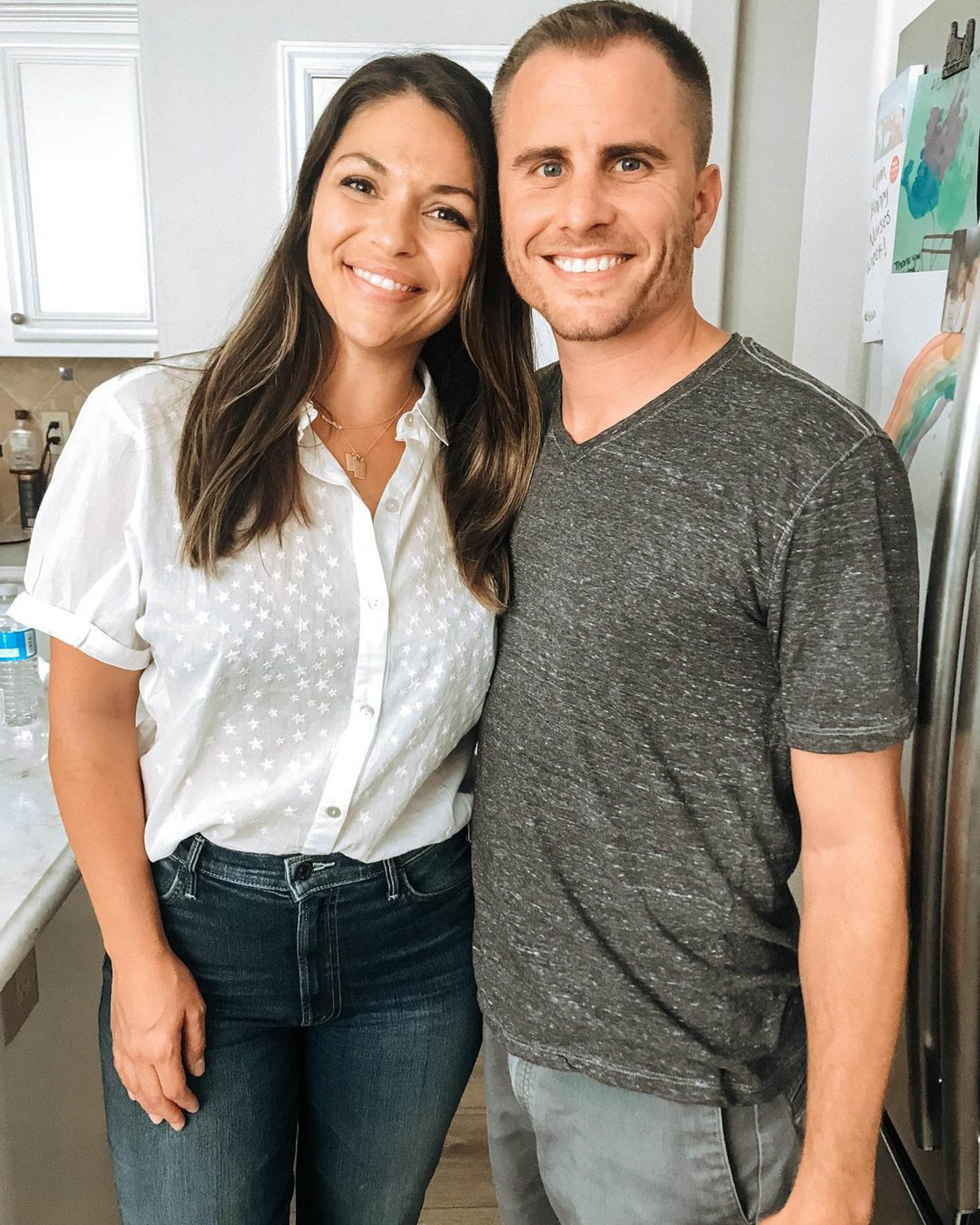 Pappas made her reality TV debut during Season 11 of “The Bachelor” in 2007. After being rejected by Brad Womack in the final rose ceremony, she went on to lead Season 4 of “The Bachelorette” in 2008.

Though she gave her final rose to Jesse Csincsak and the two became engaged, they later went their separate ways. 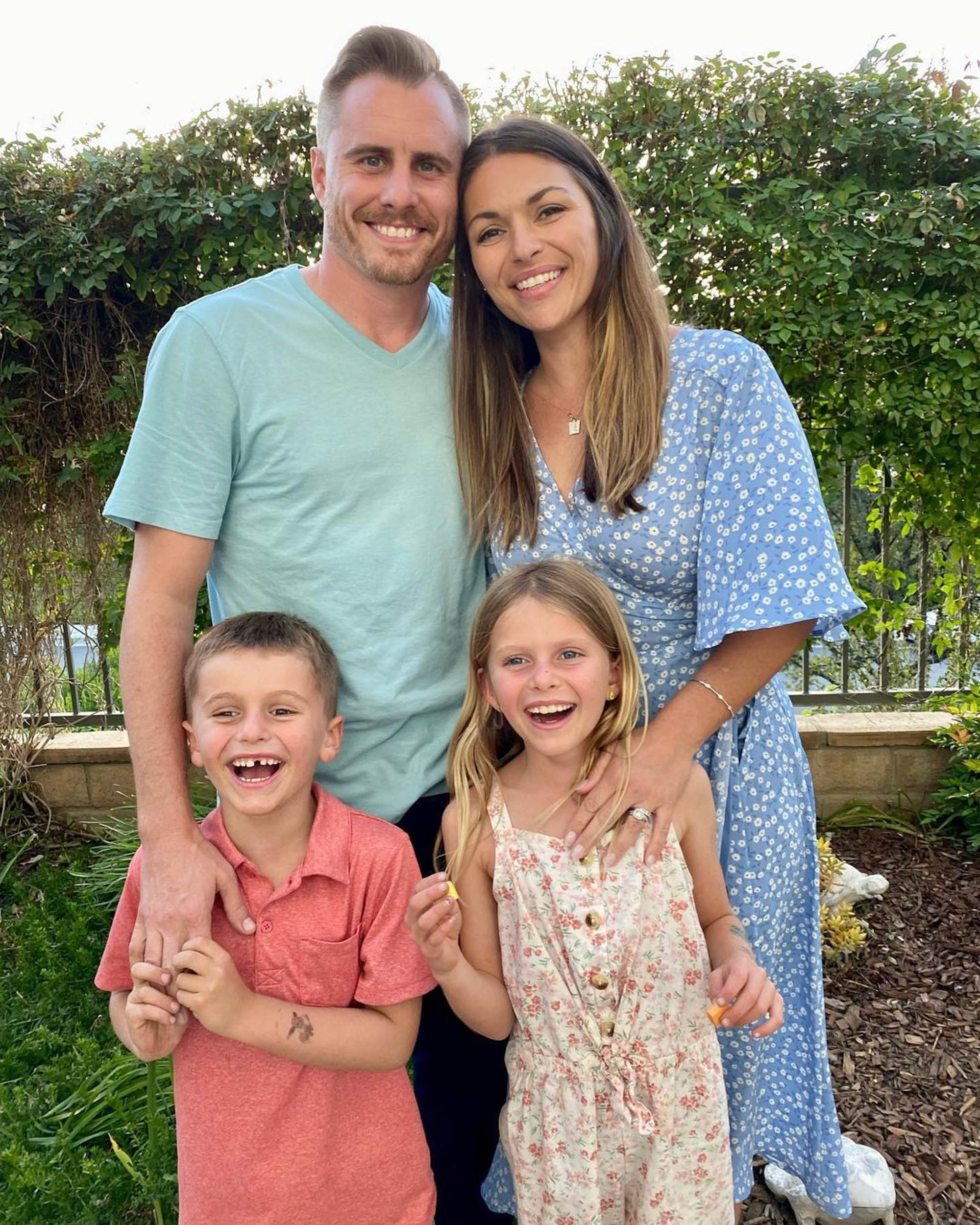 In 2010, the reality star became engaged to Stagliano, 38, after she was introduced to him through his brother, Michael Stagliano, who starred in Season 5 of “The Bachelorette.”

The following fall, Stagliano and Pappas tied the knot and later welcomed their daughter in 2014 and their son in 2016.

Though Pappas did not disclose any details about why the couple split, they were previously open about going to couples therapy.

“We pay thousands of dollars for counseling, so we’re doing great!” she quipped to Us Weekly in 2018, adding, “Not that we were ever not.”

“We think you’re crazy if you don’t go to therapy,” Pappas explained. “We are all a product of our environment and how we were raised and none of us are perfect.”