Spoilers ahead for Avengers: Infinity War. The latest installment in the Marvel Cinematic Universe ended with a total gut punch. After Thanos succeeded in acquiring all six Infinity Stones, he snapped his fingers and half of the population of the universe disintegrated into dust, including many MCU favorites like Black Panther and Spider-Man. It was a tough scene to watch, but knowing what we know about Avengers 4 and other Marvel movies to come, fans know that these characters likely won’t stay dead. As such, the emotional impact of the finale is somewhat diminished, since there’s a high probability that most people who died in Infinity War will come back to life. And that kind of lessening of the stakes is exactly why the Avengers 4 time travel theory won’t actually fix everything — unless the Time Stone and Soul Stone get destroyed.

There are a number of time travel theories floating around that hint at what’s to come in Avengers 4 and the undoing of the Infinity War deaths. There’s the secret message Nick Fury sent to Captain Marvel during the Infinity War closing credits. There’s the fact that Ant-Man and the Wasp is said to venture further into the quantum realm, a vortex where space and time collide and lose their meaning. And there’s also the possibility that Doctor Strange looked into the future and the one possible victorious outcome saw that Thanos would initially succeed in his plot. Either way, time is going to be a major player in Avengers 4, and we know that many of these beloved characters aren’t going to stay dead for good. 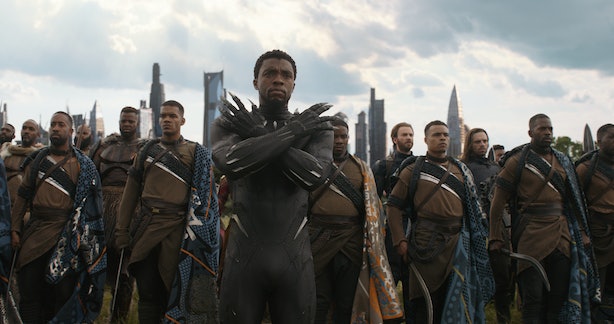 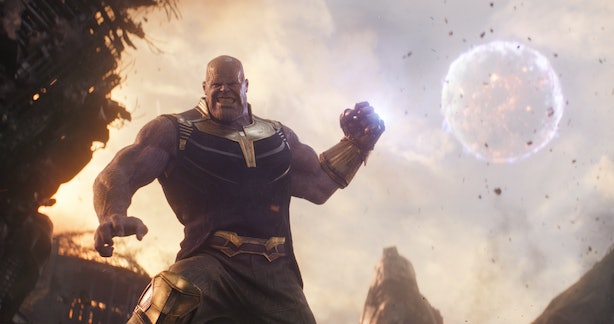 But ultimately, this is why the Time Stone and the Soul Stone have to be destroyed. Because if everyone can just keep going back in time to bring people back from the dead, than none of it really matters. And in order for any future Marvel movies to have any stakes, characters shouldn’t be continuously brought back to life. Sure, it’s a tradition in comics that no one ever stays dead, really, and that characters can always return. But the movies are a whole other beast that shouldn’t adhere to this tradition. If nothing matters or has stakes, then why should we care? If there’s no risk of losing our favorite characters, then why should we root for them to win?

So here’s hoping those stones get destroyed in Avengers 4. At the end of Infinity War, the Infinity Gauntlet looked like it had taken a beating when Thanos snapped his fingers and killed half of the universe, but it’s not clear whether or not the gauntlet or the stones still work. The Avengers 4 time travel theories might have to work without the use of the Time Stone, and the remaining Avengers will find another way of bringing the dead back to life. But once they do, those stones should be eliminated from the MCU for good, because if we stop caring who dies, we stop caring altogether.