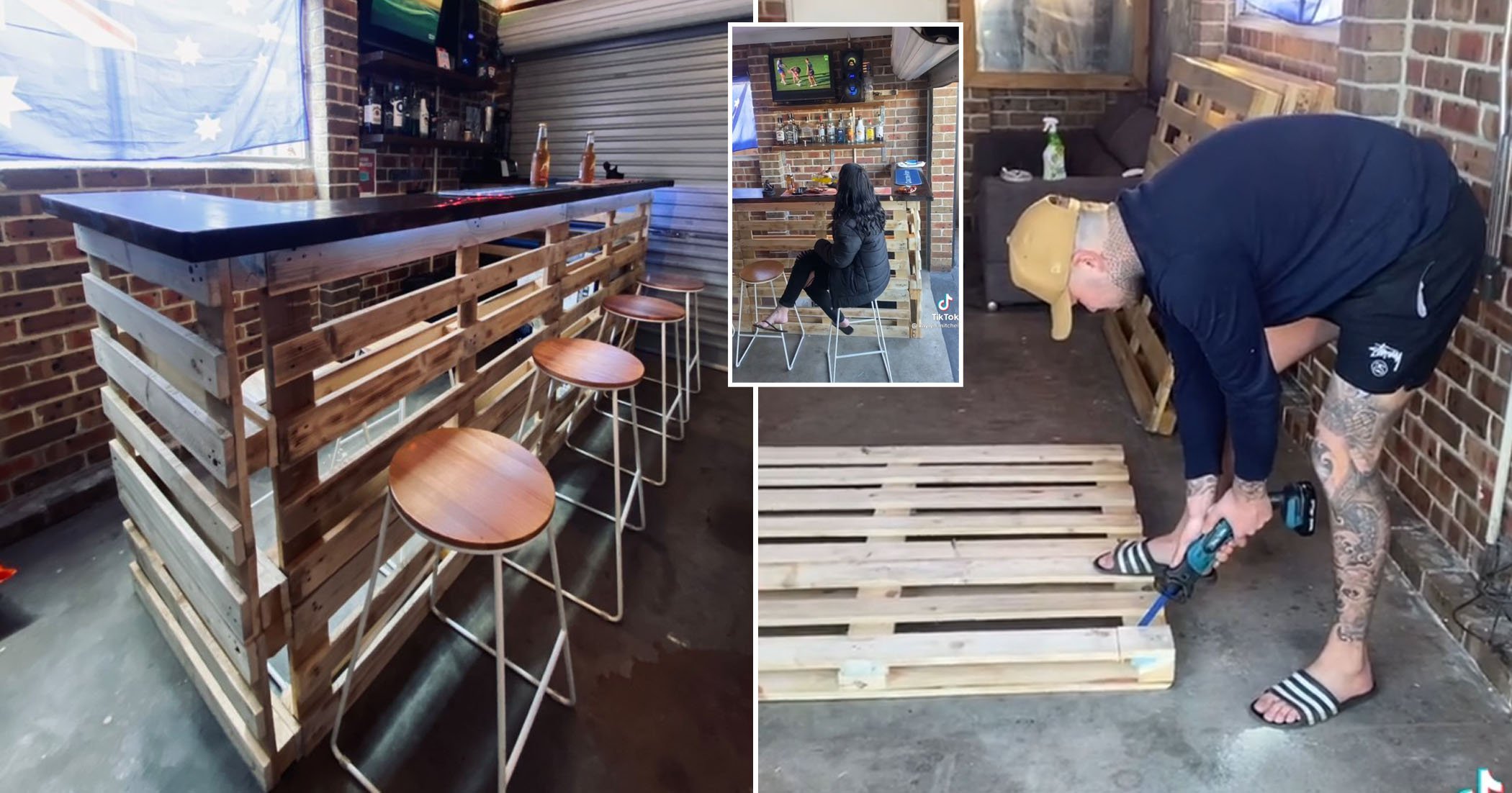 Though people in the UK are able to go to the pubs now, those living in Sydney are still under lockdown restrictions, meaning a trip to a local bar is not possible.

However, that doesn’t mean everyone is missing out on a pint, as one man has built a home pub for his wife by buying products from Facebook Marketplace and Australia’s answer to B&Q – Bunnings Warehouse.

Kaylyn Rule told her husband Daniel that she missed going to their local pub, and so he began building one in their garage.

Speaking to Daily Mail Australia, Kaylyn said: ‘We would normally hang out at the local pub with friends once a week, but with Covid keeping us inside, we were really starting to miss it.’

While building a pub might seem both daunting and expensive, Daniel managed to do it by spending less than $300 AUD (£158), and completed it in just four hours.

‘We bought most of the material but it was relatively cheap. We got the pallets off of Facebook Marketplace for $2 (£1.10),’ Kaylyn said.

She explained that the bar top, from Bunnings, was the most expensive purchase – but they ‘wanted it to look nice.’

Kaylyn documented the construction process on TikTok, and her video has been viewed over half a million times. This is hardly a surprise, too, considering that ‘#construction’ and ‘#homerenovation’ TikToks are extremely popular on the app, with each one receiving 11 billion and one billion views respectively.

In the video, Daniel creates the bar by nailing together wooden pallets before putting the bar top on to create the look of a real bar. He then sands down the surface and varnishes it to make the wood last longer.

He also mounts two shelves to the back bar, to store spirits, and a television up top for watching sports.

Though Kaylyn is extremely pleased with the in-house feature, she said: ‘The worst thing about having a bar is wanting to have all my friends over.’

The couple lost out on work due to the pandemic, so their little bar project – and being able to subsequently use it for a change of scenery – has been a good way to ‘pass the time.’

The bar can be easily transported in and out of the garage, meaning if the couple ever decide to move, it won’t cause too much trouble. They even put an Australian flag up in the corner to showcase their love for their country.

The TikTok video has received more than 600 comments, with many viewers impressed by how well-constructed the homemade pub was.

One comment even said: ‘That is the most romantic thing I’ve ever witnessed.’