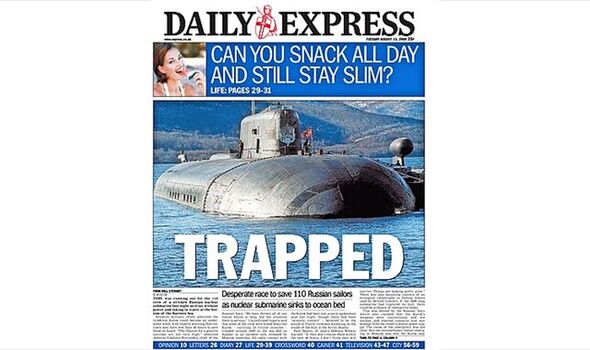 The accident happened when up to five torpedo warheads exploded and ignited a fire which killed all 118 crew. The Russian Navy failed in its four rescue attempts and the vessel was lifted from the seabed by a Dutch salvage team.

57 years ago (1965) Thirty-four people were killed and hundreds of businesses destroyed during six days of riots in the Watts district of Los Angeles.

The unrest came amid anger over housing laws which prevented some racial groups from renting and buying properties in certain areas. This was despite the 1964 Civil Rights Act which outlawed discriminatory practices.

One year ago (2021) Afghanistan’s President Ashraf Ghani fled the country as Kabul fell to the Taliban following a three-month offensive.

The US and its Nato allies evacuated more than 123,000 people from the airport amid fears over reprisals against those who worked with coalition forces.