He was the host at the Oak Room of the Algonquin Hotel during an improbable resurgence of cabaret from the 1980s to the early 2000s. He died of complications of Covid-19. 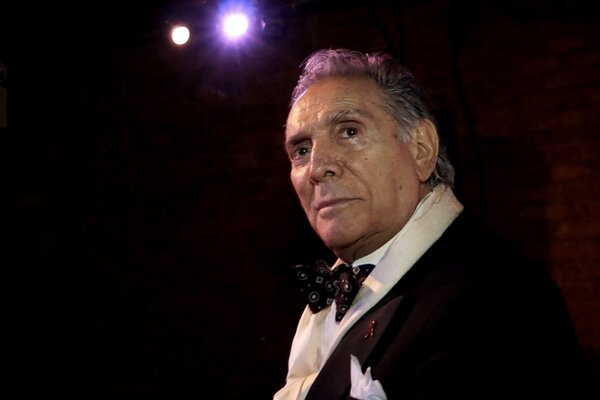 This obituary is part of a series about people who have died in the coronavirus pandemic. Read about others here.

Arthur Pomposello, the host of the Oak Room, the cabaret supper club in the Algonquin Hotel, practiced the arts of theatricality and discretion.

A dark-haired former model in a tuxedo, he parted a red curtain to allow guests inside. He glided onstage and introduced Andrea Marcovicci, for decades the Oak Room’s main attraction, as “our songbird.” He gossiped with journalists about what he called “my cabaret,” and in return the papers gave him labels like “a loquacious fixture.”

But Mr. Pomposello could also work quietly. “This is cabaret,” he whispered to loud customers. “We don’t talk here.” He rearranged the tables, making light crowds appear livelier and making big crowds fit.

Inspectors would check to see if the small-capacity room exceeded legal limits.

“He would show them the kitchen or show them the upstairs — ‘Oh, come right this way,’” Ms. Marcovicci recalled. “They’d never see the room when it had 110 people in it. Never.”

Mr. Pomposello died on May 6 at a hospital in Manhattan. He was 85. The cause was complications of Covid-19, his son Sean said.

When Mr. Pomposello started at the Algonquin as a bartender, in 1980, you could still feel transported to the hotel’s famed past as a daily gathering place for writers. He once entered the lobby and noticed Norman Mailer and Kurt Vonnegut sharing a drink. The next instant, Eudora Welty walked in. 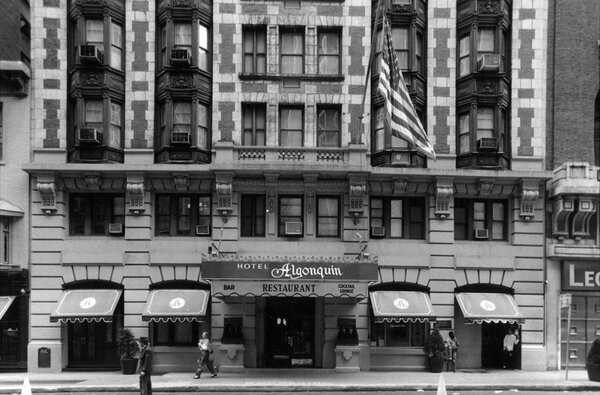 In the middle to late 1980s, as figures like Michael Feinstein and Harry Connick Jr. launched their careers from the Oak Room, Mr. Pomposello’s responsibilities grew. He booked talent and managed the finances, keeping his perch under several different owners of the Algonquin.

When he saw his son Sean, he raved about visits from faded stars whose glow had never dimmed for Mr. Pomposello. The Nicholas brothers, tap-dancers who rose to fame in the 1930s, turned heads the night they arrived, Mr. Pomposello said.

Sean recently looked through his father’s address book to invite people to the wake. “I can’t find too many friends,” Sean said. “I find a lot of cabaret stars, some of whom are no longer alive.”

Arthur Pomposello was born on Nov. 19, 1935, in Harlem and grew up in the Bronx. His father, Arthur, played jazz guitar under his nickname, Scotty Bond. His mother, Concetta (Bellafatto) Pomposello, was a homemaker who went to work at the pocketbook counter in Bloomingdale’s after she and Scotty divorced, when their son was a teenager.

Arthur dreamed of becoming a movie star and spent summers in Los Angeles. When that didn’t work out, he went to Michigan State University. He graduated with a degree in hotel management.

Back in New York, he worked at a succession of hotels, including Hampshire House, and restaurants, including Café des Artistes. He modeled and found modest acting work. He cooked up entrepreneurial schemes like “Pompie’s Pushers,” models selling authentic Italian food from handcarts. Nothing took — until the Oak Room. Mr. Pomposello stayed until a dispute with management in 2002.

Mr. Pomposello married Eunice Mahoney, a telephone operator, in 1958. They divorced in 1979. That same year he married Alicia Cirino, a bunny at the New York Playboy Club. She died of heart failure in 2007.

In addition to his son Sean, Mr. Pomposello is survived by two more children from his first marriage, Peri Kish-Pomposello and Chris Pomposello, and five grandchildren. A son from his second marriage, Adam, died in an accident in 2008.

After he left the Oak Room, Mr. Pomposello worked as a night concierge at the Plaza Hotel until the pandemic last spring, when he was 84. Mr. Pomposello never stopped hoping to find a new venue of his own. In 2015 and 2016, he organized several performances at restaurants of an act he called “Pompie’s Place,” which featured jazz and blues singers and Mr. Pomposello himself as the impresario of an imaginary club.

The discovery of a new restaurant or a theater with a large lobby set his gears turning, Sean Pomposello said: “He’d get this wistful look in his face, looking around the place, and thinking about how he’s going to book cabaret.”