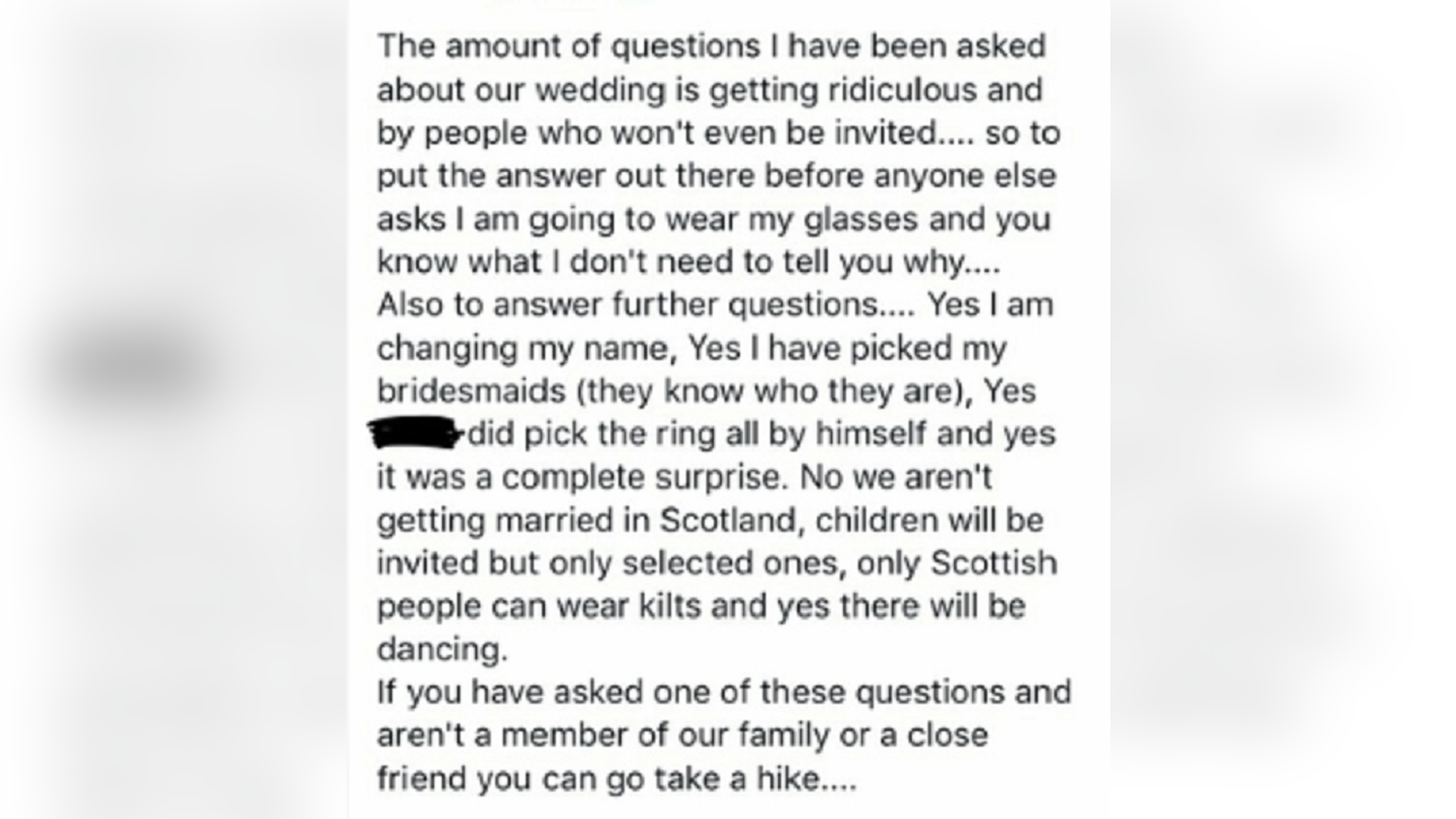 A woman’s Facebook rant was posted on a parenting blog by her friend.
(Mumsnet)

In a lengthy Facebook post, an annoyed British bride-to-be lashed out at her friends for asking too many wedding questions.

“The amount of questions I have been asked about our wedding is getting ridiculous and by people who won’t be invited…,” the post began.

Her diatribe went on to address questions she had evidently been asked too many times.

“Yes I am changing my name, Yes I have picked my bridesmaids (they know who they are), Yes [groom] did pick the ring all by himself and yes it was a complete surprise,” her post read.

“If you have asked one of these questions and aren’t a member of our family or a close friend you can go take a hike….”

The post concluded with a plea for her friends to stick advice “up you’re a–!”

A screenshot of the rant was posted by a mother on Mumsnet, a British blogging site for parents to swap advice.

“[Am I being unreasonable] to think this is pretty rude?” read the mother’s post. “Yes it probably is annoying when people ask questions about your engagement or wedding, but most of the time they are just making polite small talk?”

Fellow bloggers were quick to chime in and criticize the bride-to-be for her rudeness.

“Charming,” replied a blogger. “I doubt most people who (sic) asking questions give a crap about her wedding…it’s just polite small talk to ask how it’s going. Very rude.”

“You know the way kids seek attention and if they don’t get it positively will look for it my misbehaving. Sad really,” the blogger wrote.

“Oh my goodness. That’s one of those messages you type out and don’t send. Ouch!” replied another.