The state government lost its fourth minister to a branch stacking scandal on the first day of a corruption inquiry which heard the practice was “out of control” in Victorian Labor.

The public hearings began on Monday and are investigating allegations of what counsel assisting the commission described as “premeditated systemic rorting of taxpayer resources”.

Aged Care Minister Luke Donnellan quit the ministry after federal Labor MP Anthony Byrne accused him in the hearings of paying party membership fees on behalf of others as part of a branch stacking operation led by fallen powerbroker Adem Somyurek. 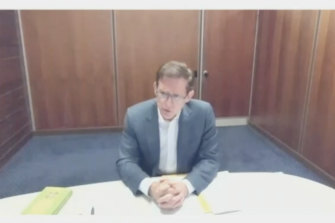 Branch stacking refers to the practice of politicians, candidates, and factional operatives shoring up their internal party influence by paying for the membership fees of members, who then vote along factional lines to support preferred candidates in preselection.

Branch stacking itself is not illegal, but it is against Labor Party rules. The Independent Broad-based Anti-corruption Commission is investigating the potential rort of taxpayer funds for branch stacking purposes.

Under questioning by counsel assisting Chris Carr, SC, Mr Byrne admitted his own involvement in branch stacking and paying for memberships. The member for Holt is now at risk of losing his ALP membership and being expelled from Anthony Albanese’s federal Labor caucus.

Mr Byrne described the Labor Party as “completely out of control” as Mr Somyurek grew his internal powerbase.

“I’m referring to branch stacking, coercion of staff being made to do things they didn’t want to do,” said the MP. “I was referring to a party being taken over by one person whose sole objective was power and power alone.”

Mr Byrne said he was referring to Mr Somyurek, alleging he and his factional ally Marlene Kairouz had been coercing staff to engage in party-political activity during work hours.

As the hearing progressed, Mr Somyurek posted statements on Twitter commenting on it. His lawyers at the end of the examination indicated they wanted to cross-examine Mr Byrne on his evidence. 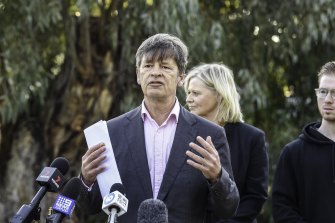 The federal MP told IBAC Mr Somyurek had threatened to end the careers of Minister for Women Gabrielle Williams and Cranbourne MP Pauline Richards over a long-running turf war for control of Labor Party branches in Melbourne’s south-east suburbs.

He also alleged aspiring politicians were asked to contribute towards a “kitty” to pay for membership renewal as part of a branch stacking operation to boost Mr Somyurek’s power in the Labor Party.

Upper house MP Kaushaliya Vaghela had been preselected because the Subcontinental Friends of Labor wanted an Indian MP in the Victorian Parliament in exchange for their financial support, according to the federal MP, who also claimed “to his direct knowledge” Ms Kairouz and Ms Vaghela were involved in branch stacking.

In a statement provided outside of the hearing, Mr Michelson denied paying for other people’s membership and said he “condemns in the strongest terms anyone who has systematically breached the party’s rules or engaged in corrupt conduct”.

“Whilst I have made many donations to the party and to individual campaigns, I have always understood those donations to be for standard and legitimate campaign costs,” Mr Michelson said.

“There are so many people turning up they couldn’t be paying their own memberships,” Mr Byrne said of the Subcontinent Friends of Labor paying for membership fees.

The Holt MP claimed Mr Somyurek pressured him into hiring Hakki Suleyman, the father of St Albans MP Natalie Suleyman, and Burhan Yigit as an electorate officer for several months even though they did not do any electorate work or come to the office.

The federal MP said he “presumed” the two men were engaged in factional activity during work hours, before he eventually ceased paying Mr Suleyman who was moved into another federal MP’s office.

He said Mr Somyurek told him Mr Suleyman was banned from working for a state politician because he had an adverse finding against him. In 2009, Mr Suleyman was dismissed from a minister’s office after the MP lost confidence in him when an Ombudsman’s report found he had undue influence in the affairs of the Labor-dominated Brimbank City Council. 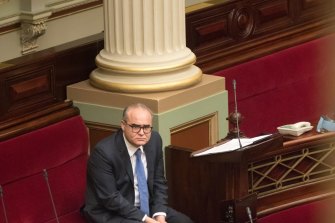 Adem Somyurek is at the centre of the IBAC probe. Credit:Jason South

Mr Byrne said he felt he did not have any choice to deny Mr Somyurek’s request as it would be “detrimental” to his long-term future. He told the inquiry electoral and ministerial offices were regarded as “a currency to be deployed at the will of the faction”.

About four hours into the public hearing, Mr Donnellan resigned from the ministry after Mr Byrne told the corruption inquiry that the Narre Warren North MP was involved in a factional alliance with Mr Somyurek and contributed to a fund which was used to pay for membership to control branches and secure positions in Parliament for alliances.

Mr Donnellan has become the fourth minister to leave his post in relation to the affair. Mr Somyurek and allies Marlene Kairouz and Robin Scott were forced to resign in 2020 after The Age and 60 Minutes exposed the branch stacking scandal.

Mr Donnellan has become the fourth minister to leave his post in relation to the affair. Mr Somyurek and allies Marlene Kairouz and Robin Scott were forced to resign in 2020 after The Age and 60 Minutes exposed the branch stacking scandal.

Mr Donnellan will remain in the Labor caucus on the backbench, but in a statement said he had called Premier Daniel Andrews to tell him that he was stepping down as minister and that he accepted that he had “previously breached party rules while a minister”.

“I never misused public funds or resources in any way,” Mr Donnellan said. “This has absolutely nothing to do with my staff. However, I don’t believe it is possible or appropriate to maintain my ministerial responsibilities given these rule breaches.”

The hearing continues on Tuesday.