Morale at ABC at all time low amid T.J. Holmes and Amy Robach investigation

She’s getting out of dodge.

Amy Robach was spotted arriving at JFK Airport on Tuesday to catch a flight out of New York City after reportedly getting blindsided by yet another T.J. Holmes affair.

The ABC News reporter, 49, was photographed putting on a brave face as she smirked at the paparazzi while entering the airport.

At the time, she carried a light blue carry-on suitcase while dressed in black leggings, a hoodie, boots and a tan coat with her hair pulled back.

Earlier this week, a source claimed to The US Sun that Robach felt like “collateral damage” due to the “scope of T.J.’s alleged past office romances.” 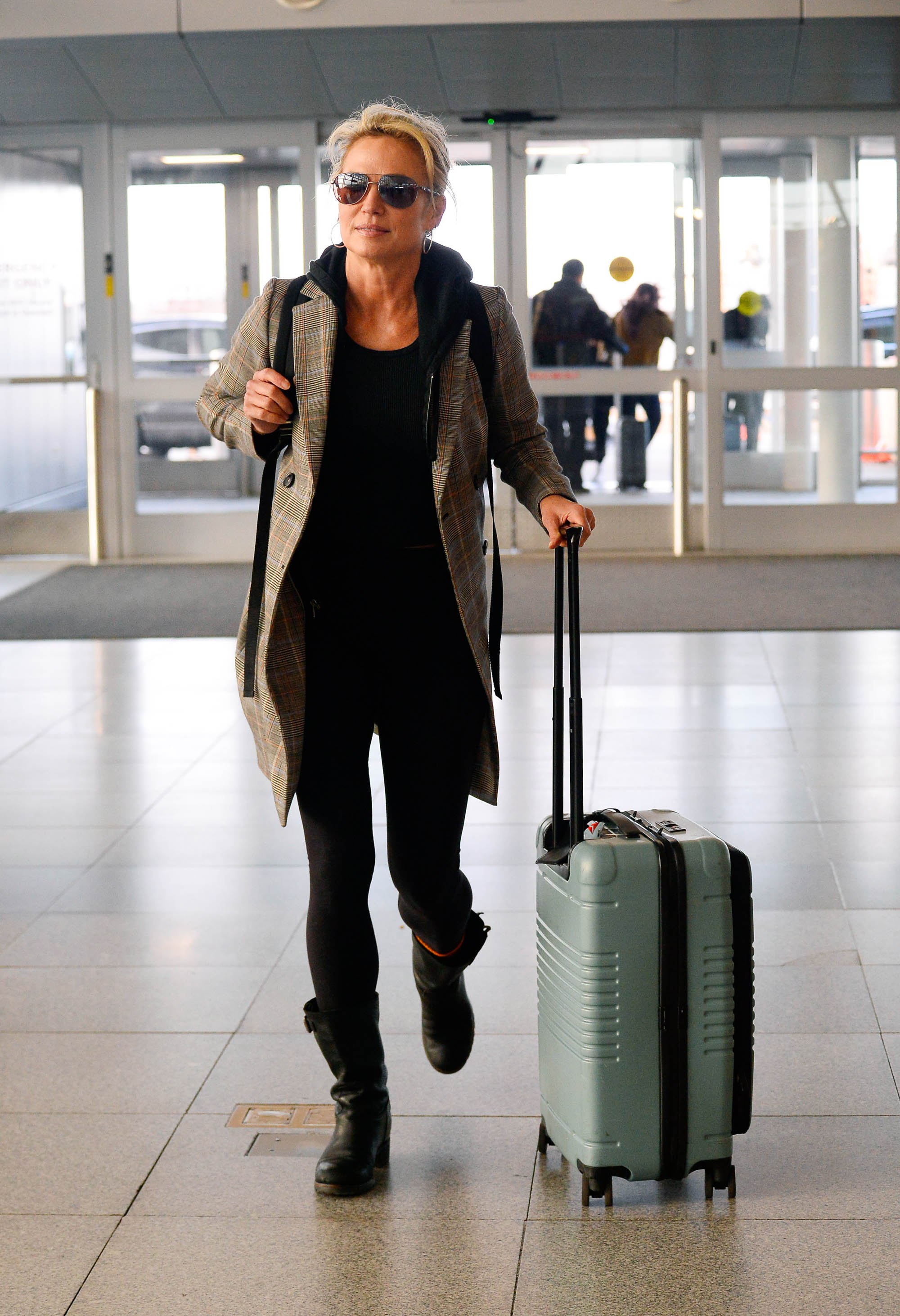 Holmes, who allegedly had a months-long affair with current girlfriend Robach, was accused of having other in-office romances while married.

Page Six was previously told the pair would meet up for romps during his travels.

“Amy was the person they went to talk to about their affair and marriages,” an insider also claimed at the time, but another disputed that Robach “didn’t know about the affair until it was in its final stages. They told her about it right at the end.” 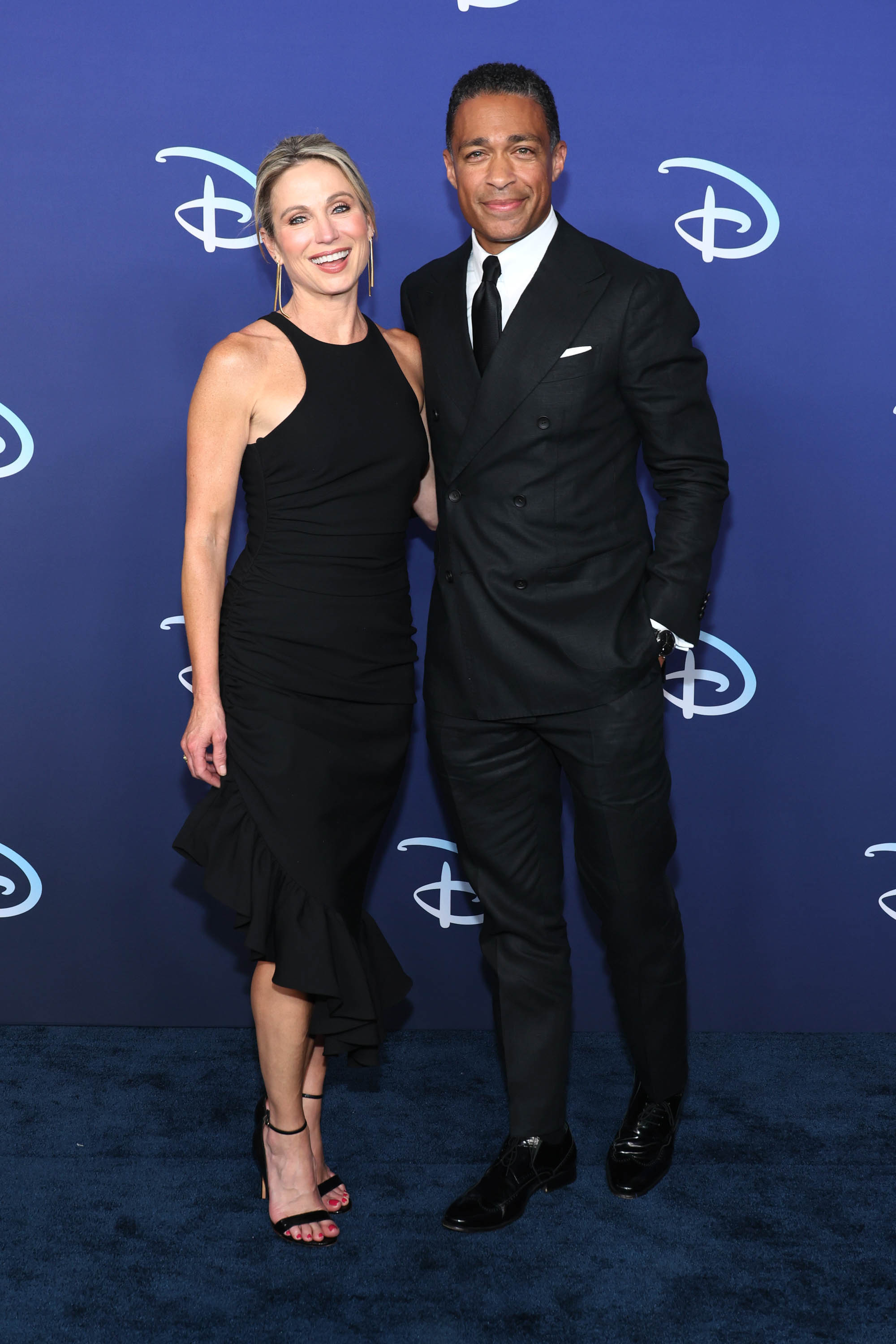 More recently, Holmes was accused of having sex with an intern, Jasmin Pettaway, who was 13 years his junior in 2015.

“He was a predator who took full advantage of his position, and he was reckless,” an insider previously said of the disgraced journalist.

“It was Jasmin’s first real job in television, and it was a big deal for her. She was looking for a mentor, and she reached out to several people. T.J. was someone who was responsive, but he absolutely abused the position of trust.” 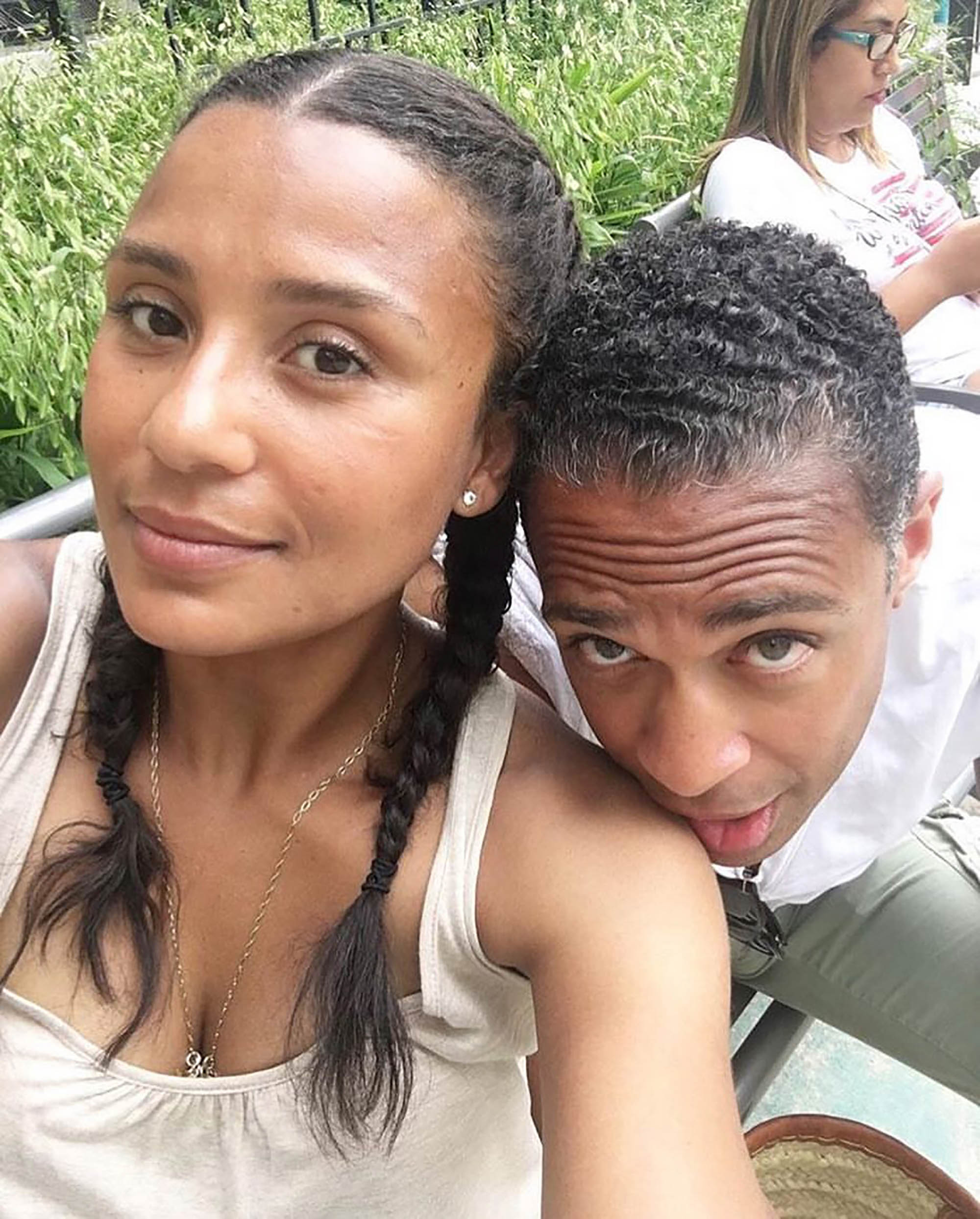 Holmes has not responded to the allegations.

Meanwhile, ABC has launched an investigation into the scandal that is still ongoing.

Robach and Holmes have been taken off the air during this time and their futures at the network are unknown.

“They have not been terminated yet, but I don’t expect T.J. to be on again,” an insider told Page Six last week, noting that both parties have lawyered up amid negotiations. 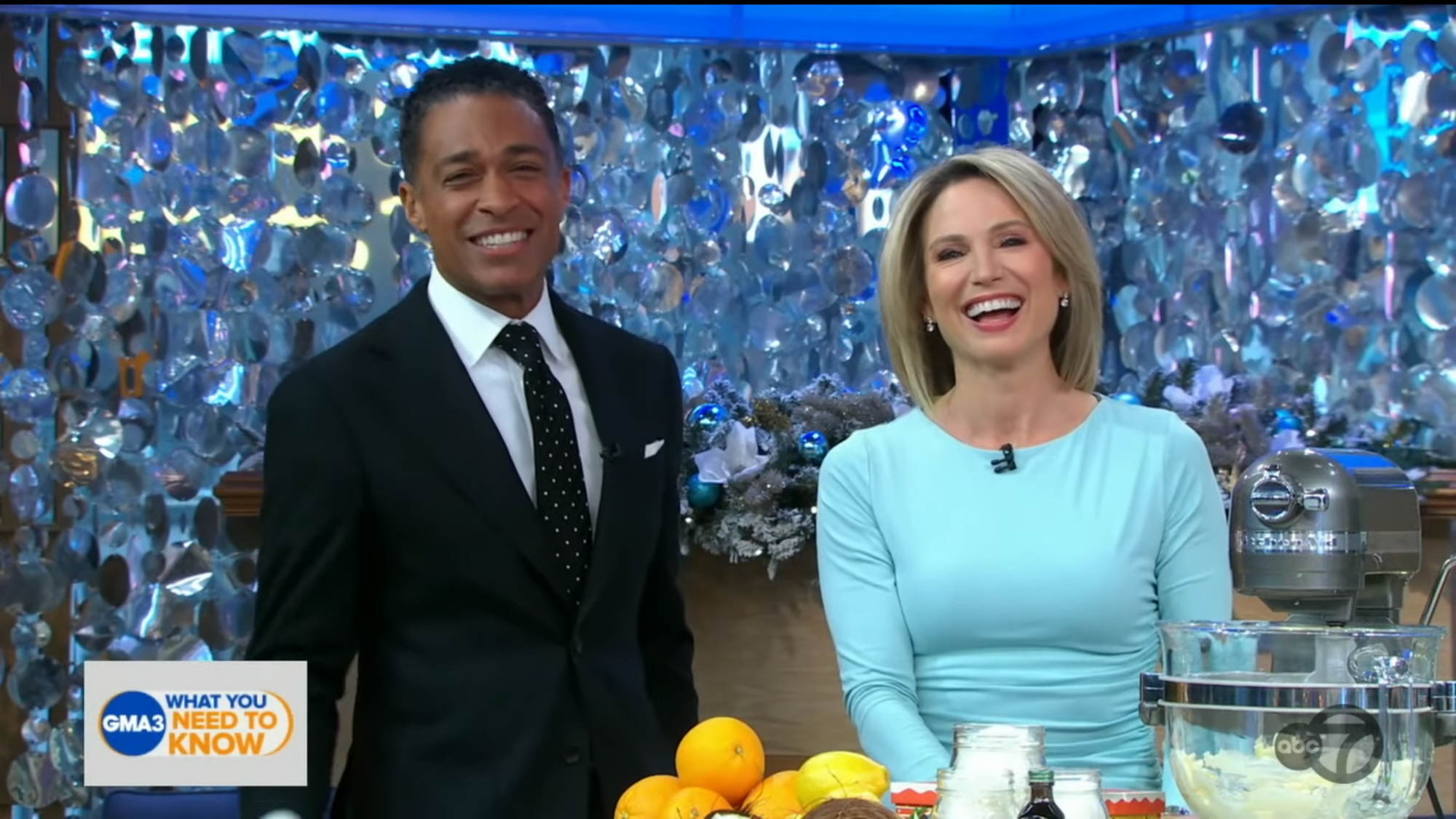 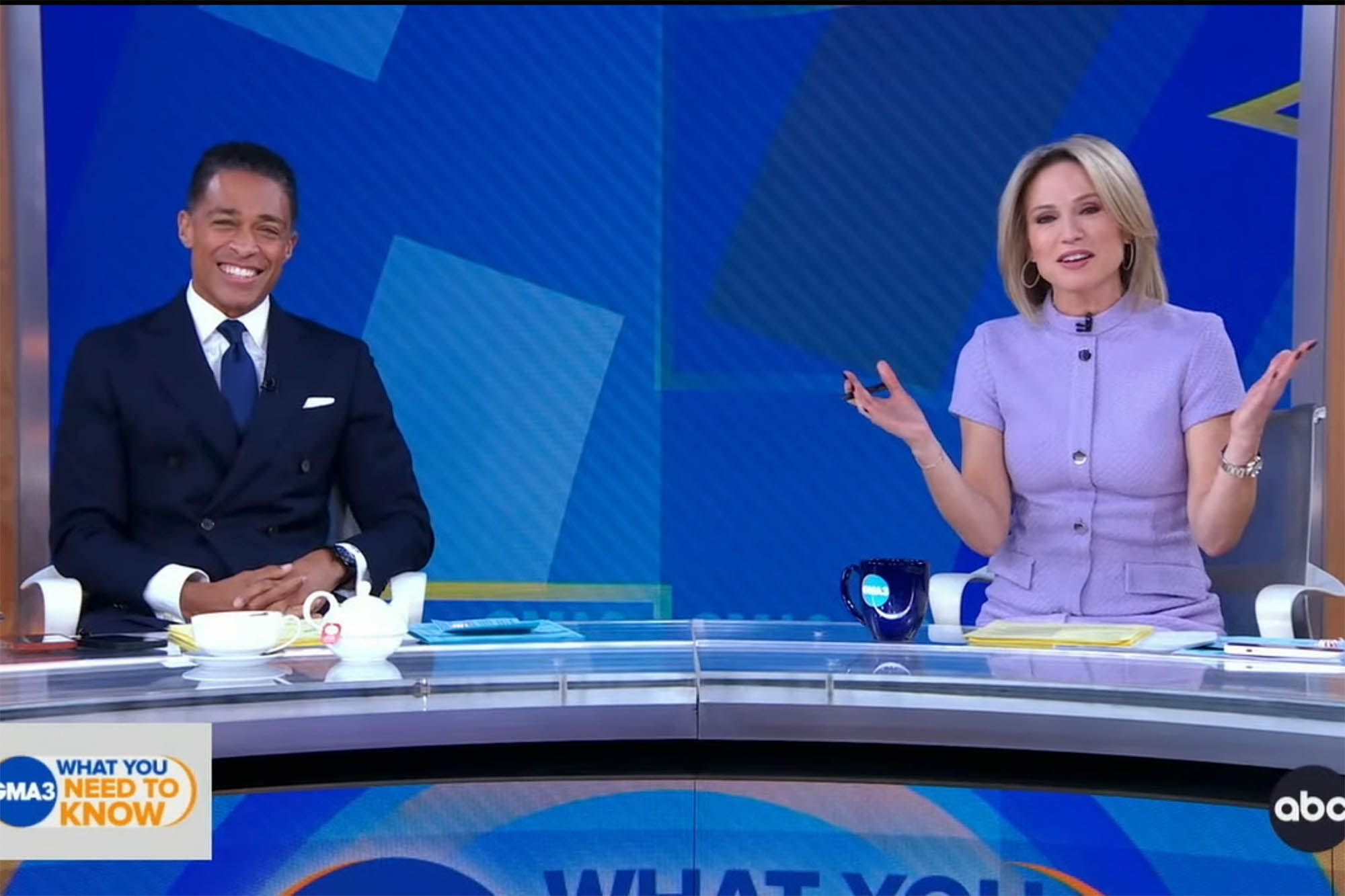 “They do want Amy to stay and be a part of things there, but likely not on ‘GMA3.’”

Amid the backlash, Holmes and Robach have also split from their respective spouses, Fiebig and Andrew Shue.