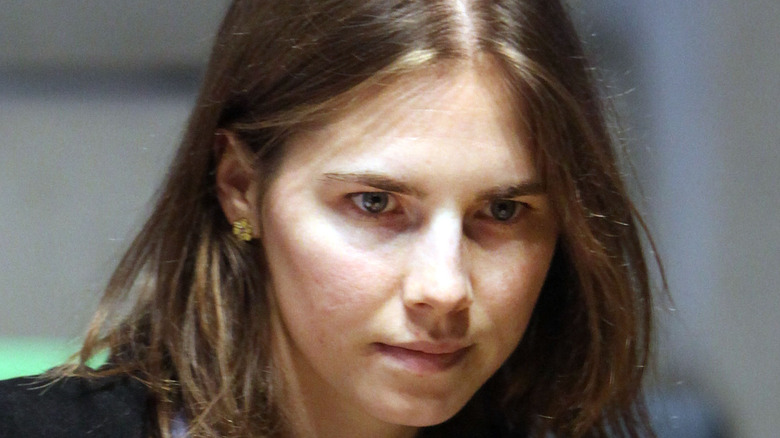 Amanda Knox, who was found guilty and later acquitted of the murder of U.K. student Meredith Kercher (via the BBC), has revealed that she recently experienced a miscarriage.

According to People, Knox opened up about the miscarriage on an episode of her “Labyrinths” podcast, during which she also discussed her fertility journey with her husband of one year, Christopher Robinson. Speaking on the podcast, Knox revealed that she “got pregnant very fast” after having an IUD removed, while Robinson explained that the pair were initially under the impression that “it was a straight line from unprotected sex to baby.”

After falling pregnant, the couple shared the happy news with their families on Mother’s Day in May 2021. However, during a subsequent ultrasound appointment, the doctor failed to find the baby’s heartbeat and Knox revealed that she “knew something was wrong.” A week later, the couple returned for a follow up appointment, and, sadly, the outcome wasn’t what they had hoped. 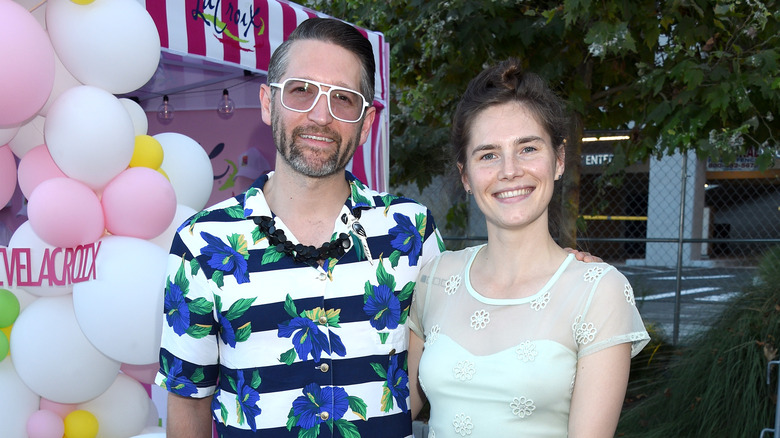 As People reported, Amanda Knox continued her story by sharing that she went back to the doctor after a week, but the baby hadn’t experienced any growth. “It didn’t have a heartbeat,” she said, adding, “That was confusing to me, because I thought, ‘Why would there be a dead baby just hanging out in there? If it wasn’t viable, why wasn’t it going away?’ My body didn’t even know, and that felt weird to me … I didn’t know that you could have a missed miscarriage.”

According to the Daily Mail, Knox also questioned whether or not she was to blame for what happened during her pregnancy, and discussed the possibility that something she experienced during her time in Italy may have contributed. She didn’t provide any details of the experience she was referring to.

“I did feel incredibly disappointed that was the story of my first ever pregnancy,” Knox said on the podcast. “Why? Do I have bad eggs and I never knew? Am I actually too old? Did something happen to me while I was over in Italy?,” she added.

Per the BBC, Amanda Knox and her ex-boyfriend, Raffaele Sollecito, were found guilty of the murder of Meredith Kercher in 2009. Two years later, in 2011, the pair had their convictions overturned and were released from prison.