SHOPPERS will no longer be at the mercy of Aldi's super-speedy checkouts as the supermarket has revealed its first store without them.

The discounter has opened its first checkout-free branch in London and customers won't have to use a self-service till either. 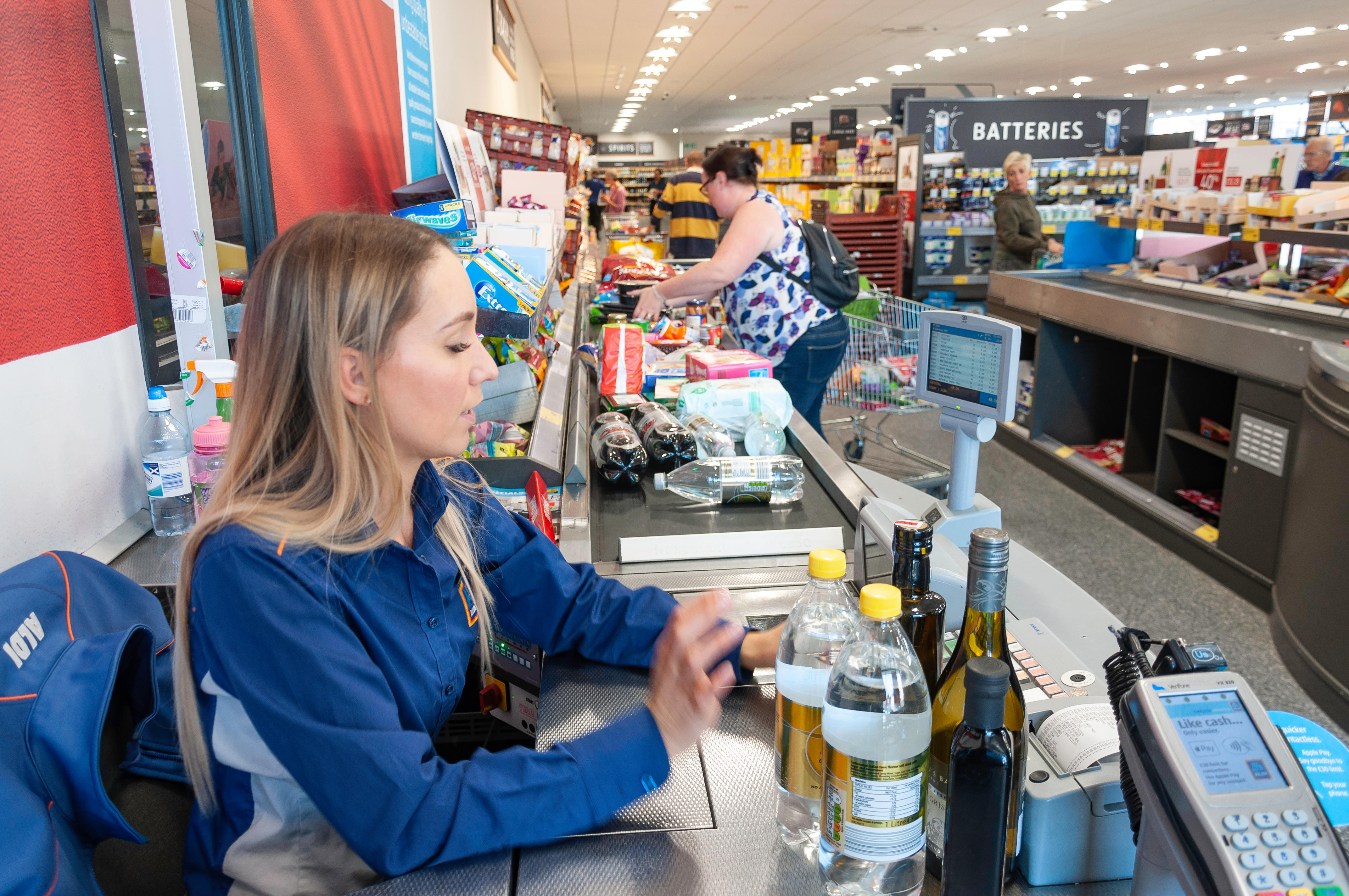 Instead Aldi shoppers will use an app on their smartphone to scan their fruit, veg and other groceries as they put them in trolleys or baskets.

They won't have to queue to pay at any checkout in store and can just walk out.

Shoppers will then be charged automatically and get sent a receipt for their grocery shop via email.

Users of the app, which is being tested out by staff before it's trialled with customers, can set up the debit or credit card they want to be charged online.

Giles Hurley, chief executive of Aldi in the UK and Ireland, said: "We are always looking to redefine what it means to be a discount retailer, and the technology involved in this trial will give us a wealth of learnings."

"We are really excited to be testing this concept that will enable customers to pick from our range of quality products, all available at unbeatable prices, then leave the store without having to pay at a till."

Staff will still be employed at the supermarket, with the same number as its smaller Aldi Local stores.

Aldi shoppers often can't keep up with how fast the checkouts are and the grocer has claimed that they are 40% quicker than rivals.

The company has even joked that its staff are “faster than 5G” thanks to using extra big barcodes to get items through quickly.

But shoppers can always ask staff to slow down if they need to.

The super-speeds will no longer be an issue for those giving the checkout-free shops a test.

Aldi is not the only supermarket to ditch checkouts and turn to technology to put an end to queuing at tills.

Tesco launched its first checkout-free store at the start of the year at its headquarters after successful trials, and then its first for the public over the summer.

Other supermarkets have apps that can help you beat the queuesby scanning items as you shop, though you still have to pay at the till points.

Tesco has "Scan as you Shop" and M&S' "Mobile Pay Go", while Lidl is testing the service through its Lidl go app.

At Sainsbury's you can use the SmartShop app as a self-scanner and shoppers will have to use this to get discounts after a shake-up of the supermarket's loyalty scheme.