Wedding bells are ringing … for Adam Sandler and Chris Rock?! These real-life friends are turning into on-screen foes as they portray dueling dads to the bride and groom in their Netflix flick, The Week Of , and Us Weekly got a look inside the wedding! Watch the video above!

Sandler, who cowrote the movie along with director Robert Smigel, plays a middle-class Long Island father who would do anything to make sure his daughter (Allison Strong) has the wedding of her dreams. 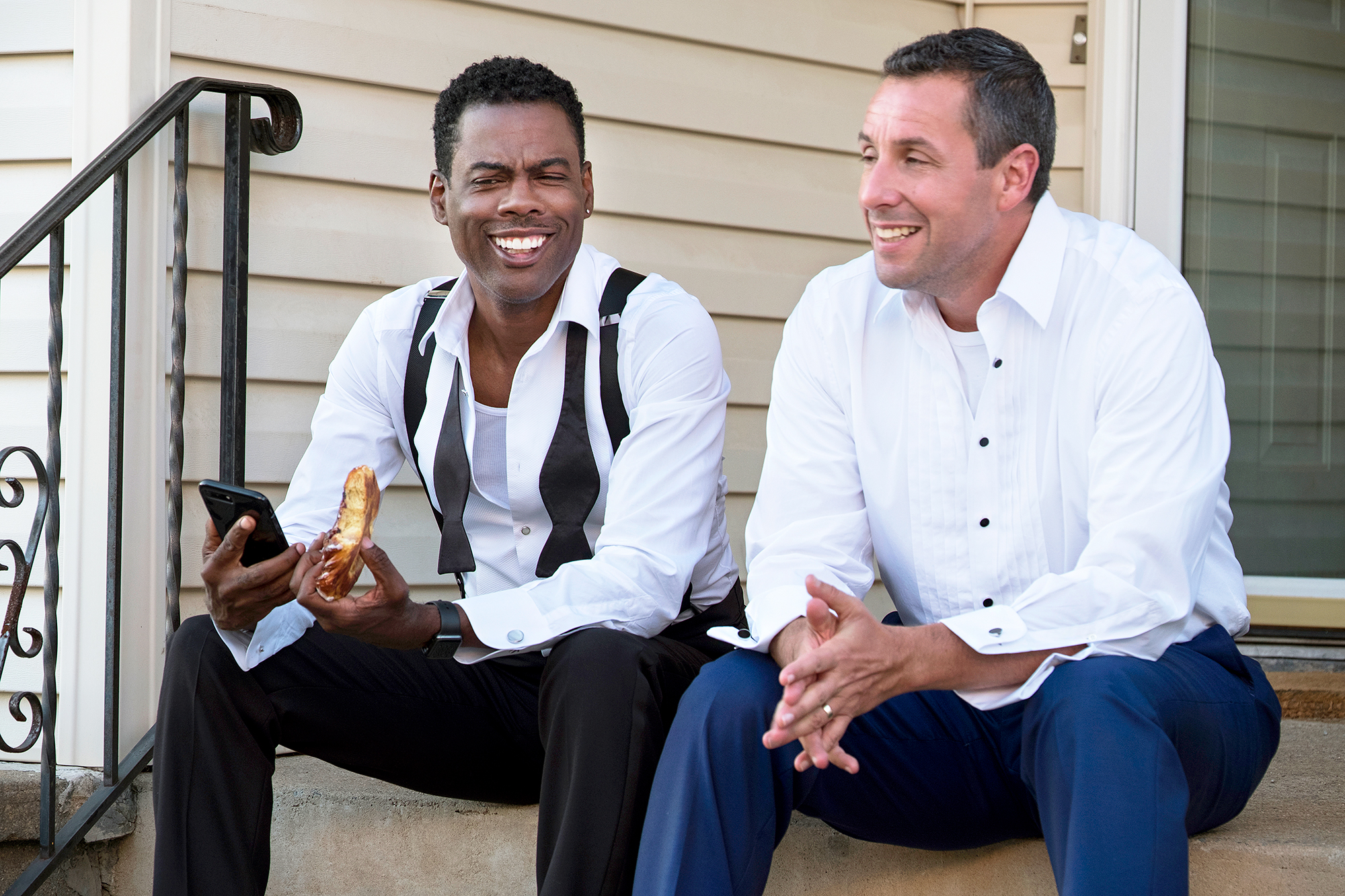 However, in the week leading up to the nuptials things don’t go according to plan as the wedding starts falling apart. 53-year-old Rock, who plays the wealthy dad of the groom (Roland Buck III), tries to intervene, hoping his money will be the solution to the problem.

With a wedding venue that is not living up to its two-diamond rating, a raunchy bachelor party that doesn’t go according to plan, and enough duty-free liquor to make sure the entire wedding party does some regrettable things on the dance floor, this ceremony is surely a recipe for disaster. 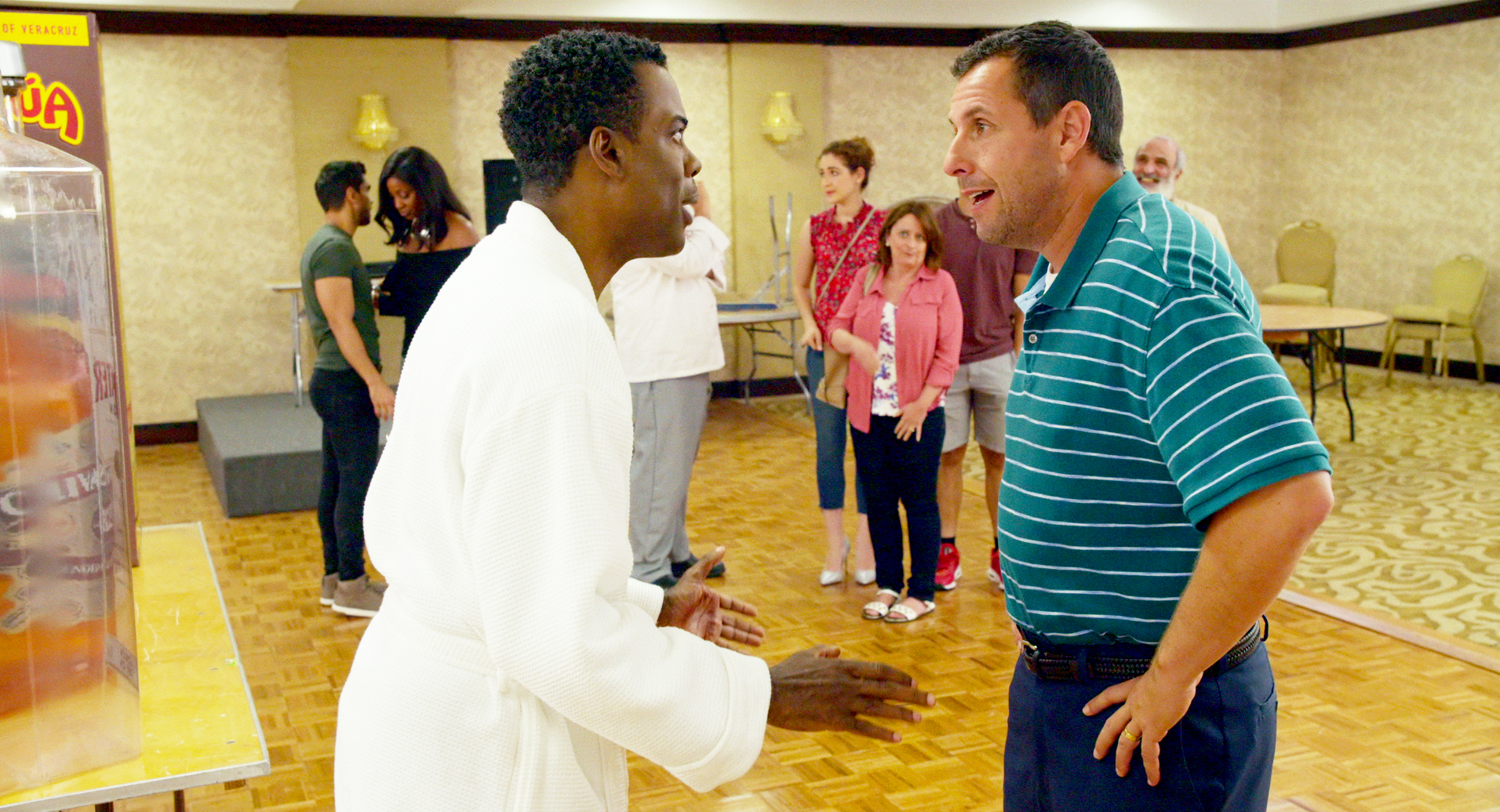 The only thing that does not go up in flames is the relationship between the bride and groom’s extended families. Despite their differences, the two clans surprisingly get along, all while witnessing the drama and chaos unfolding between Rock and Sandler.

As the story unfolds, so do the laughs, provided by the former Saturday Night Live costars, who last teamed up for the movie Grown Ups 2 in 2013.

The Week Of also stars former SNL stars Rachel Dratch and Steve Buscemi. This will be Sandler, 51, and Buscemi’s 13th time sharing the screen.

The Week Of premieres on Netflix on April 27.