A WOMAN has been left with a "paralysed" stomach after she was struck down with food poisoning on her honeymoon.

Jessica Heather now survives on meal replacement shakes and could need a feeding tube for the rest of her life. 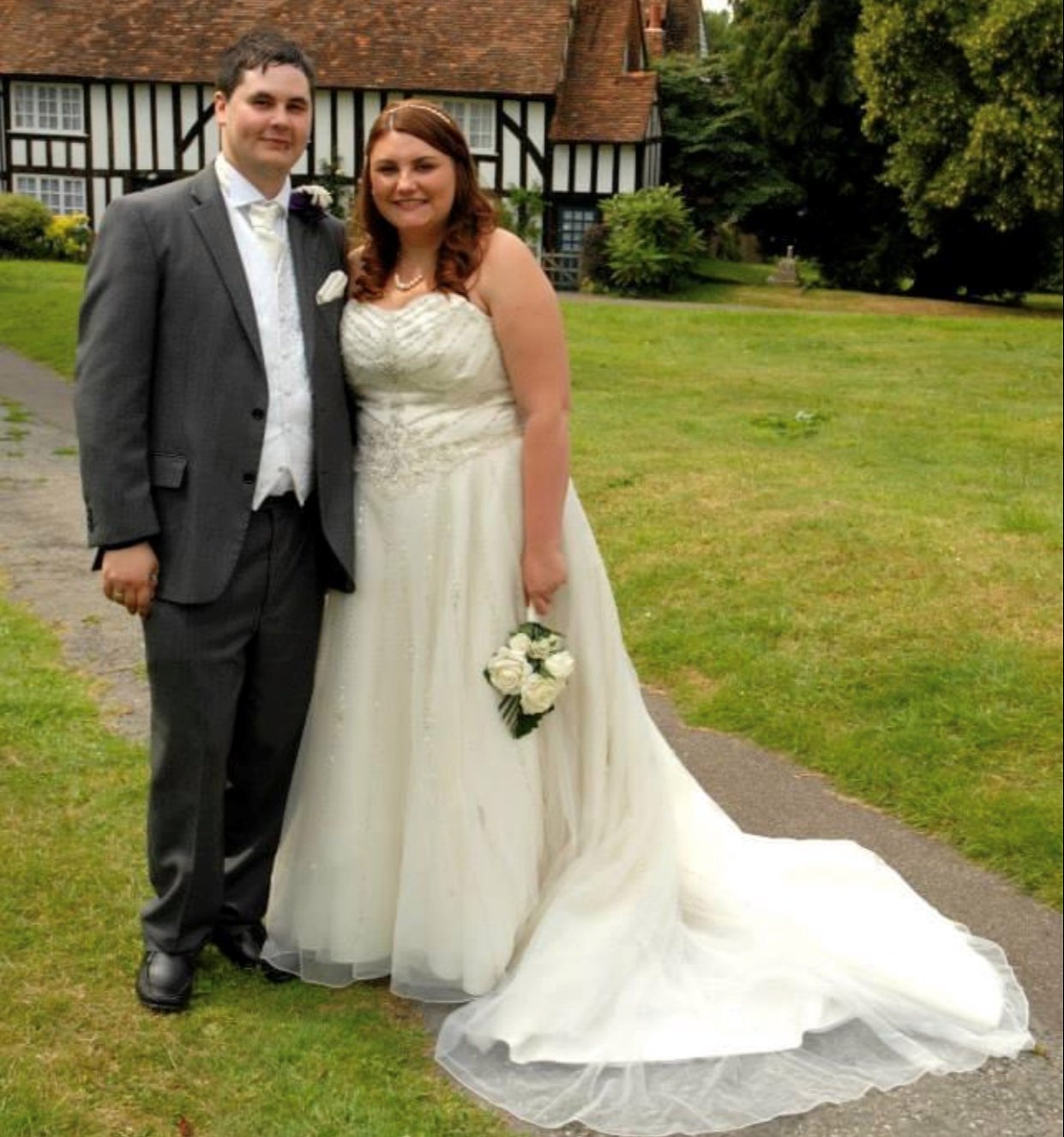 The 30-year-old caught a bug in Turkey whilst honeymooning with husband Wayne, 33.

She initially caught the bug in July 2014 and since then has been plagued with health issues.

Her health continued to decline until she was diagnosed with Behçet's Syndrome – a rare condition that results in the inflammation of blood vessels and tissue.

Jessica struggled to digest food and found herself being sick after most meals until she was rushed into hospital with severe malnutrition in August 2020.

The Behçet's attacked her stomach and left her with gastroparesis. This is a condition that 'paralyses' the stomach and leaves it unable to digest food properly. 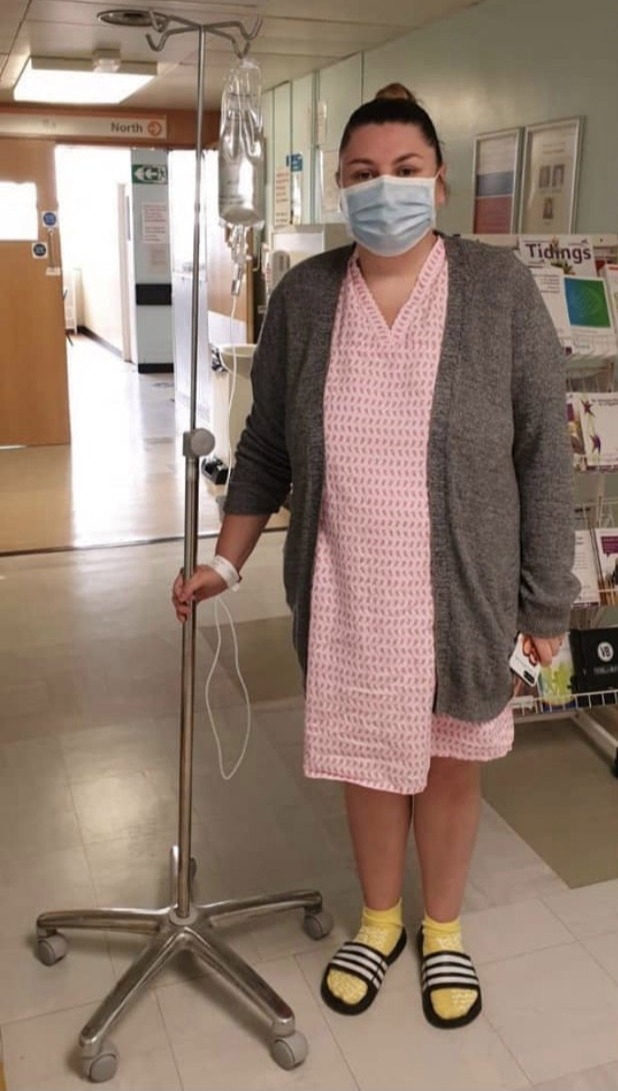 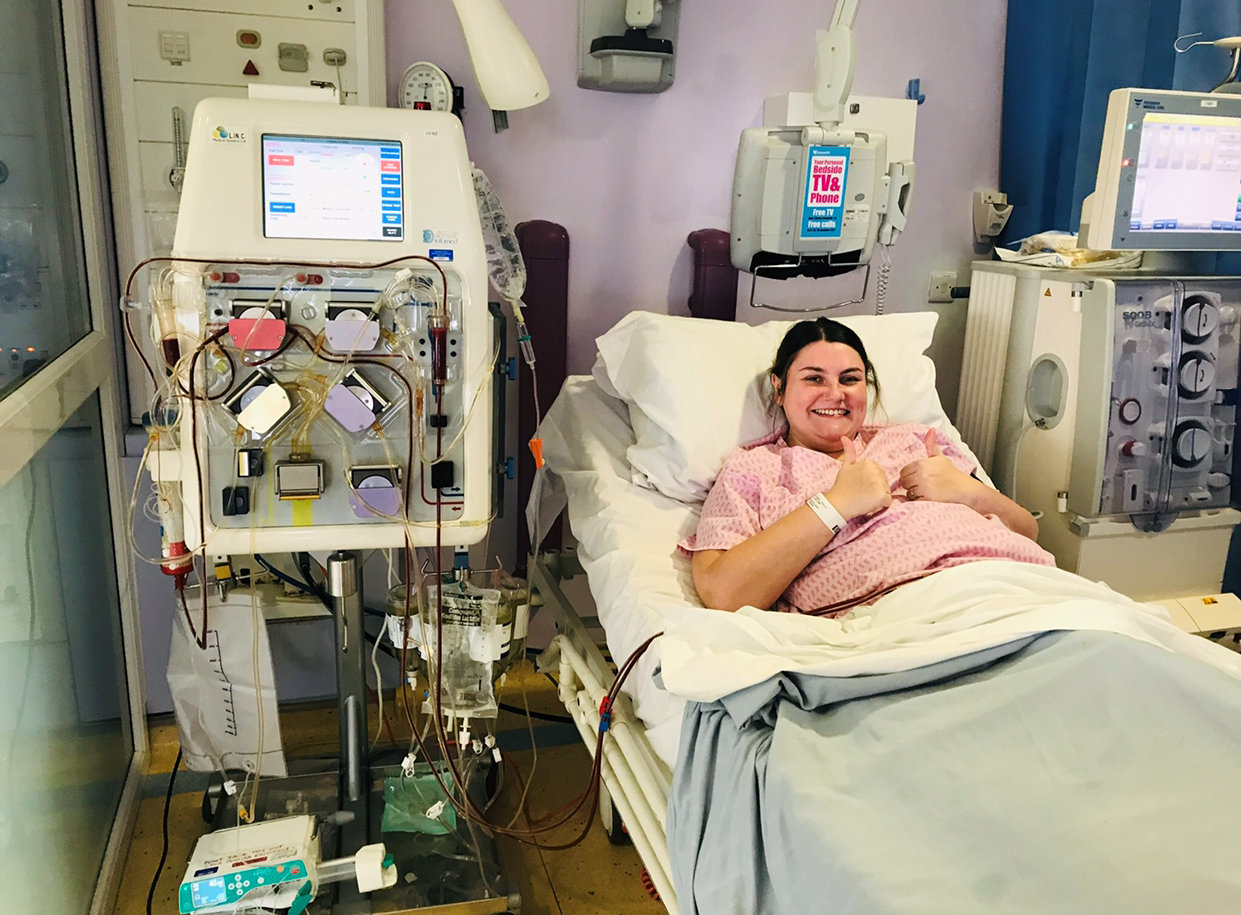 Jessica, a design and innovation university student, explained that she can’t digest most foods and lives on a low fibre diet.

In order to document her plight, she has also launched a YouTube channel to raise awareness of her condition.

Jessica, who is originally from the Wirral but now lives in Hertfordshire, said: "Most days I can only manage a cheese and ham sandwich and certain fruits.

"My body cannot digest food high fibre and I have to avoid anything too fatty – my health depends on it.

"I can't believe this started on my honeymoon but I'm glad to still have my life."

What is Behçet’s Syndrome?

Behçet’s Syndrome or Behçet’s disease is a condition which is poorly understood.

It is the inflammation of the blood vessels and tissues.

The NHS states: "Confirming a diagnosis of Behçet's disease can be difficult because the symptoms are so wide-ranging and general (they can be shared with a number of other conditions)." 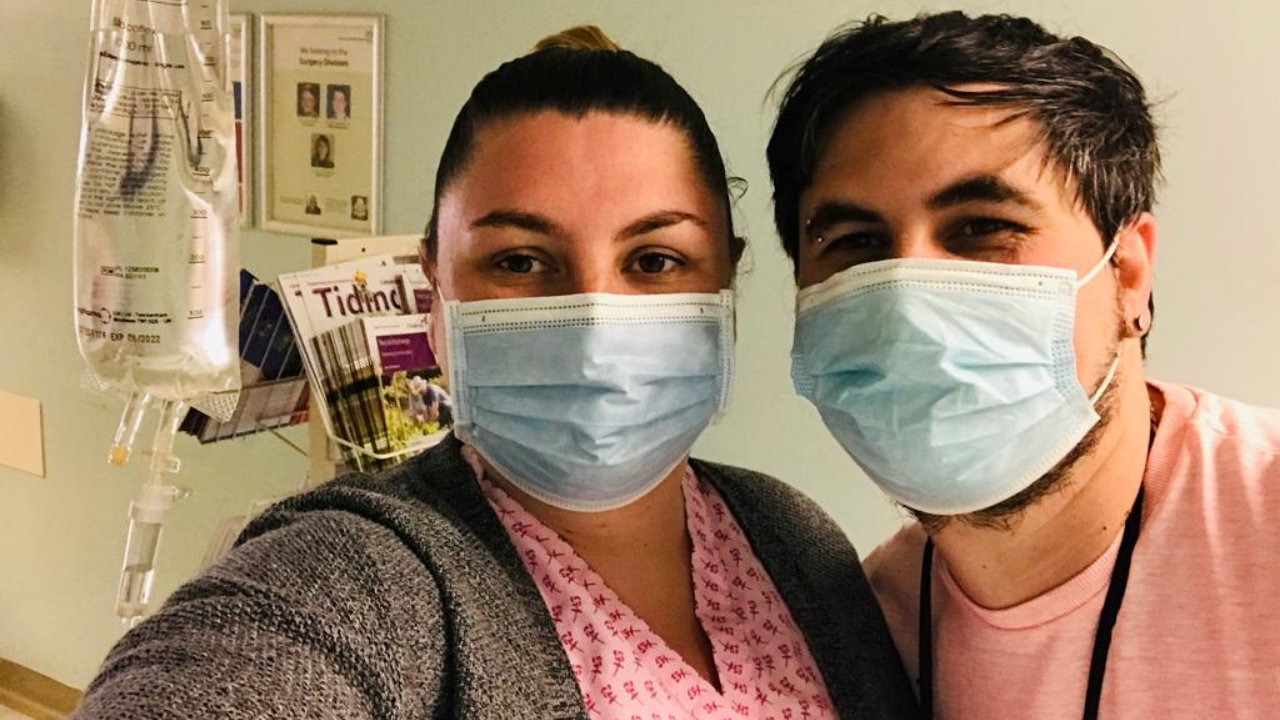 The newlyweds were enjoying their honeymoon in Olu Deni, Turkey, when they both fell ill with suspected food poisoning in July 2014.

Luckily Wayne got better, but Jessica continued to feel unwell, and ended up in hospital when she returned to the UK with severe stomach pains and bowel issues.

At first doctors were unable to find a cause and she was diagnosed with several invisible illnesses – including fibromyalgia and borderline personality disorder.

She said: "I knew something was wrong when Wayne bounced back and I didn't.

"I was seriously fatigued, forgetting people's names and even how to talk.

"It took six years until I was finally diagnosed.

"I still don't know the cause, but doctors think it may have been something bacterial I picked up from my honeymoon."

In 2019 Jessica started to suffer with vomiting. She was being sick after most meals and then in August 2020 she was rushed to hospital with malnutrition. 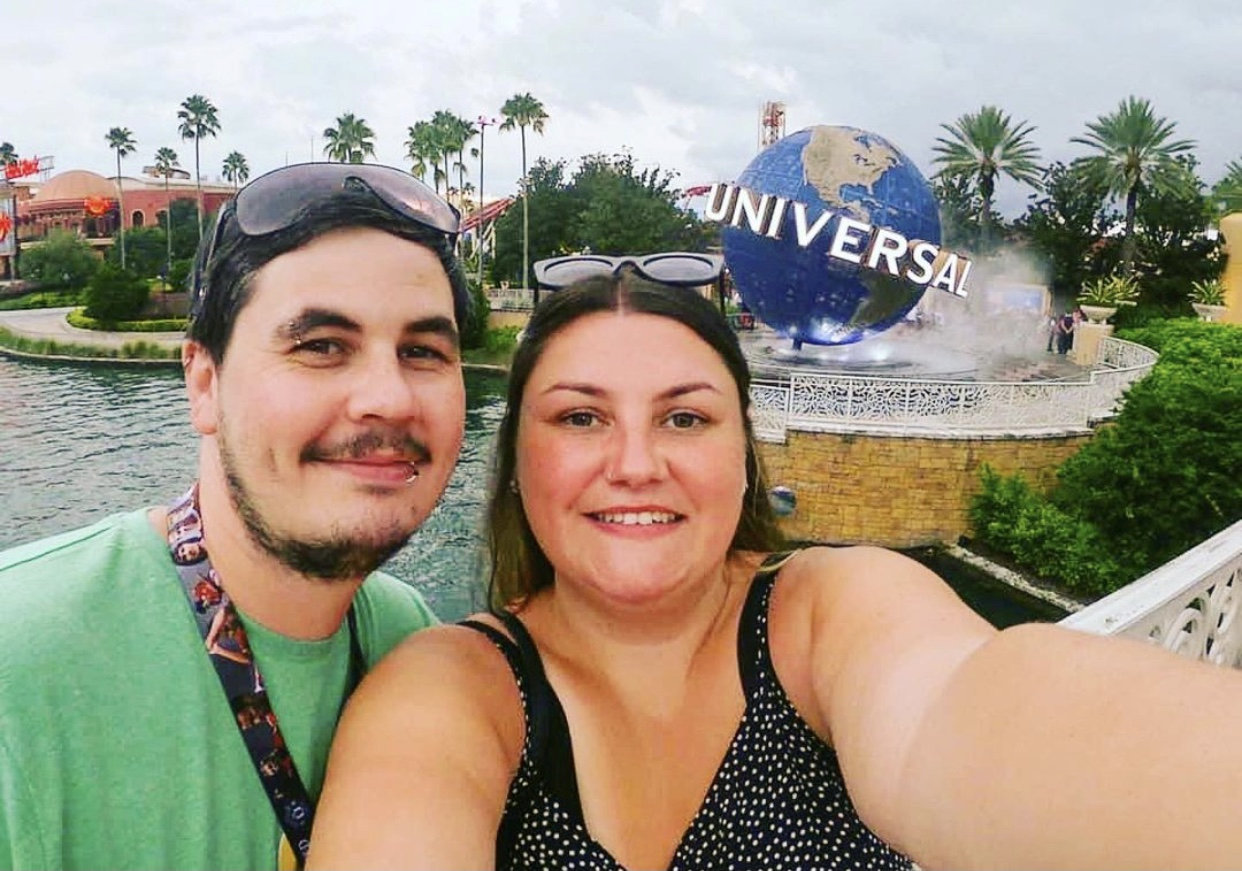 Jessica continued to develop strange symptoms and was struggling with mouth ulcers, skin lesions and blackouts.

Then in December 2020 she was finally diagnosed with Behçet's

In just six-wees Jessica lost three-and-a-half stone and she discovered the Behçet's had caused gastroparesis – a condition that leaves the stomach unable to function properly.

She said: "The condition had damaged a nerve connecting my brain and stomach so it couldn't send signals properly.

"Food wasn't being digested properly and just sitting in my stomach – causing me to be sick.

"I was unable to eat anything I once loved because my body couldn't digest it anymore."

Doctors suggested Jessica undergo a plasma exchange – where the liquid part of your blood is replaced with a donor's to "clean" your blood – to treat the condition. 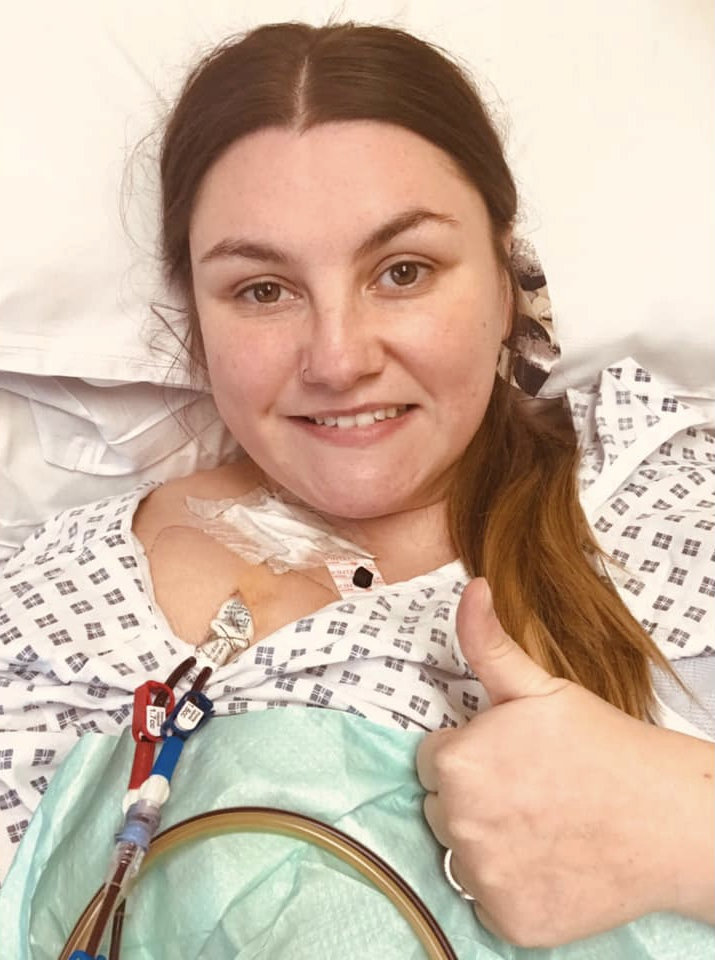 During her first round of real donated plasma, Jessica went into anaphylactic shock and nearly died – she is now undergoing six-weekly rounds of a plasma substitute.

Jessica has now been fitted with a permanent dialysis catheter.

This is an IV line into the blood vessel in your neck or upper chest – where the treatment is administered.

She said: "I undergo this treatment because it's extremely rare to suffer from both conditions and it's been tailored to me.

"The plasma exchange helps up to a certain degree but the delay getting treatment during Covid has caused my stomach health to decline."

Jessica is on a strict diet and says she is only able to keep down around 20 per cent of what she eats.

She said: "I can't indulge in anything I used to love eating.

Despite the condition being incurable Jessica has managed to find a way to adapt and change her lifestyle.

The couple have now started a YouTube channel where they document their journey. 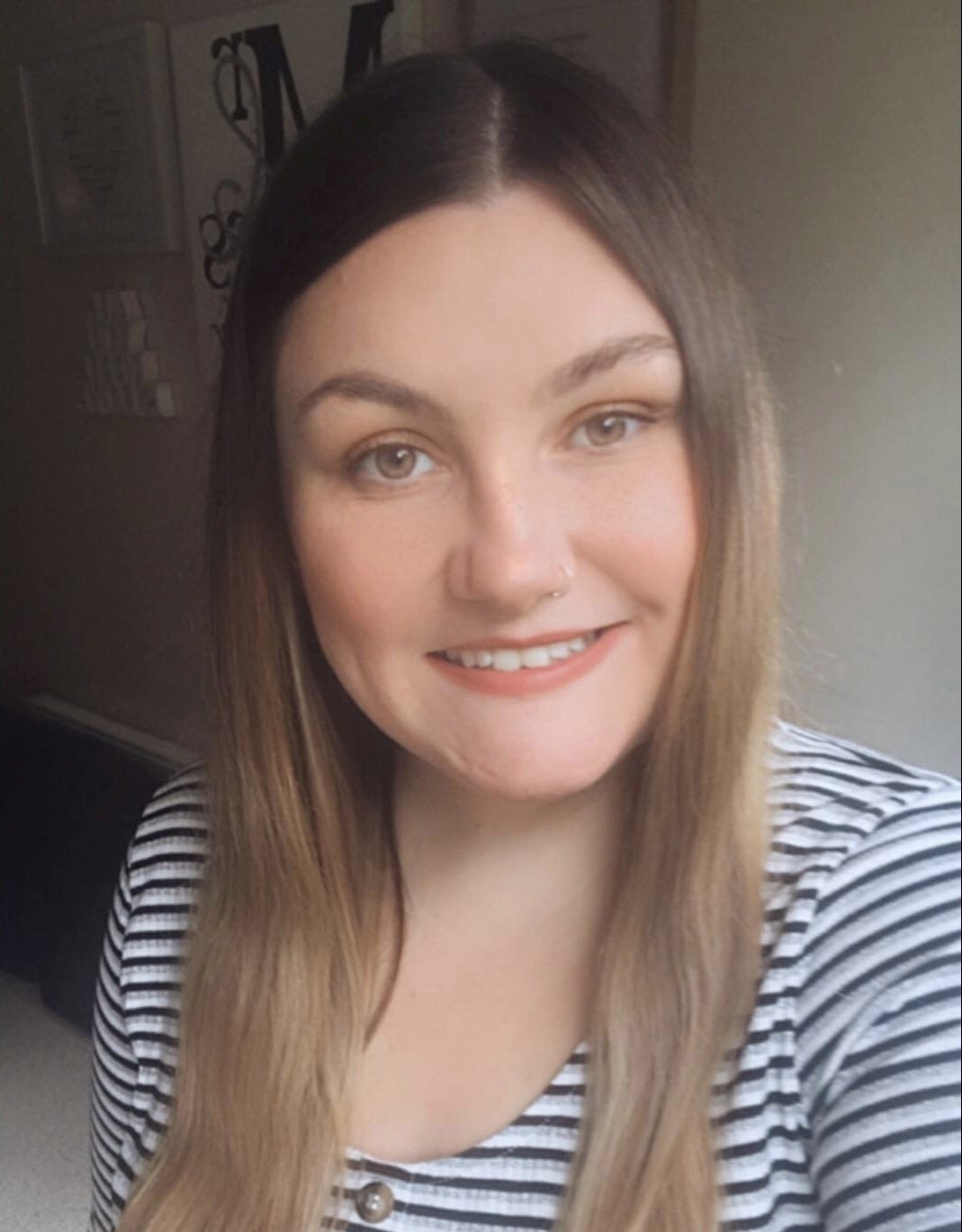 Jessica also started a health awareness campaign for people with invisible diseases and was recently nominated for the Positive Role Model Award by the National Diversity Awards for her work raising awareness around the conditions.

She said: "I started vlogging my experience – it gave me something to focus on and helped my mental health.

"Now I combine my passion for travel with raising awareness for the condition on our channel.

"I'm still in a lot of pain but I count myself very lucky."