IN the UK, there's nothing more sacred than the Full English fry up – so it's understandable that Brits get pretty miffed when you start tinkering with them.

But while we can forgive people for skipping the mushrooms or black pudding, one amateur chef has been slammed online after she poured GRAVY all over her full English. 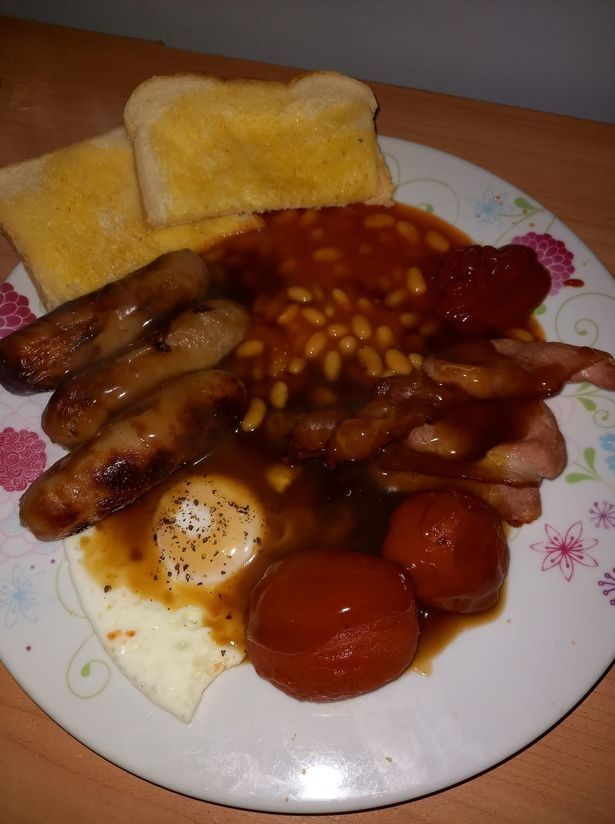 Posting on the Facebook group Rate My Plate, the woman showed off her standard sausages, bacon, fried egg, tomatoes, beans and buttered toast. So far, so normal.

But it's the addition of gravy over the top that prompted over 7,100 members to label the meal a total "betrayal".

One replied: "Gravy? Gravy on a breakfast? That looks absolutely vile and it's wrong on every single level. 0/10."

Another outraged user asked: "Why have you mixed breakfast and dinner together?!"

Gravy? Gravy on a breakfast? That looks absolutely vile and it's wrong on every single level. 0/10

A third added: "Oh lord, I thought it was bad enough putting melted margarine on the warm bread but gravy?? It's like staring into the abyss of tastebud betrayal."

However, not everyone was so critical – and some said they were keen to give it a go themselves.

Another wrote: "Am I the only one who thinks that looks banging?"

Meanwhile, one person claimed: "Gravy is excellent on a breakfast. Only found this out a couple of months ago. The woman in the cafe wasn’t overly impressed though."

For more food stories, this mum shared her recipe hacks for making dinners for fussy kids – and they’re so simple.

And this woman shared recipe for delicious cheesecake Easter eggs – and they couldn’t be easier to make.

Plus this mum shows how to separate herbs using a cheese grater – and the genius tip will speed up meal time prep.