LAUNDRY stripping videos are incredibly popular, as they show off just how much dirt can be hidden in our household items – butthis woman’s laundry stripping video has shocked millions.

This Tiktok user showed the astonishing results she achieved when soaking a blanket that looked like it was clean in the first place. 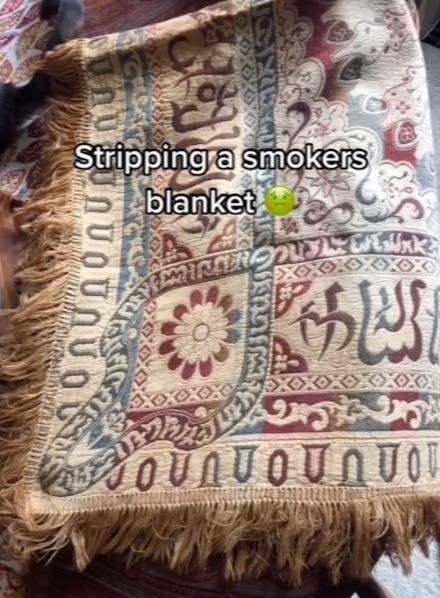 Tiktok user Tad explained that she was “stripping a smoker’s blanket”, and that the blanket had been inside the smoker’s home for 30 years.

She says that she didn’t want to just throw the blanket away because it’s her family’s “super old, vintage thing”, and because she likes the way it looks.

Tad used a simple mixture of warm water and vinegar to clean the blanket, as she didn’t want to strip the vintage blanket of its colours.

After five minutes soaking in the mixture, Tad says that the water had become so filthy she couldn’t see her own hand submerged in it. 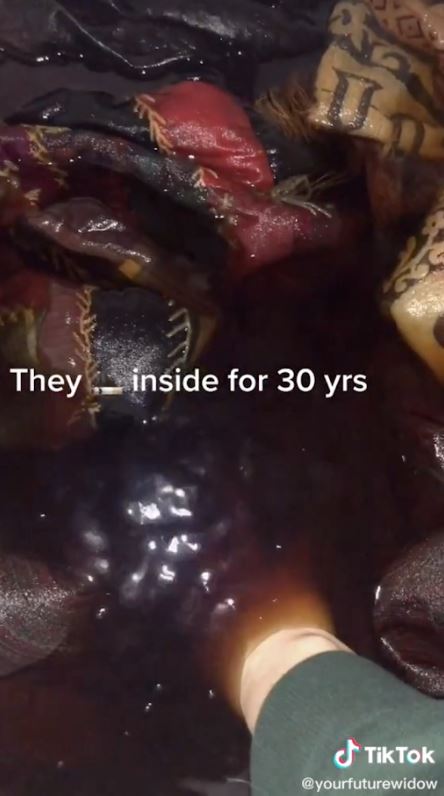 She says that while the blanket was soaking, “it stunk terribly”.

After the video was filmed, Tad says that she rinsed the blanket “like 30 times” – but even weeks after soaking and drying the blanket, she says “it still stinks”.

The video has racked up 6.7 million views, and commenters cannot believe their eyes.

“MY SOUL SHOOK OUT OF MY BODY”, wrote one horrified commenter. 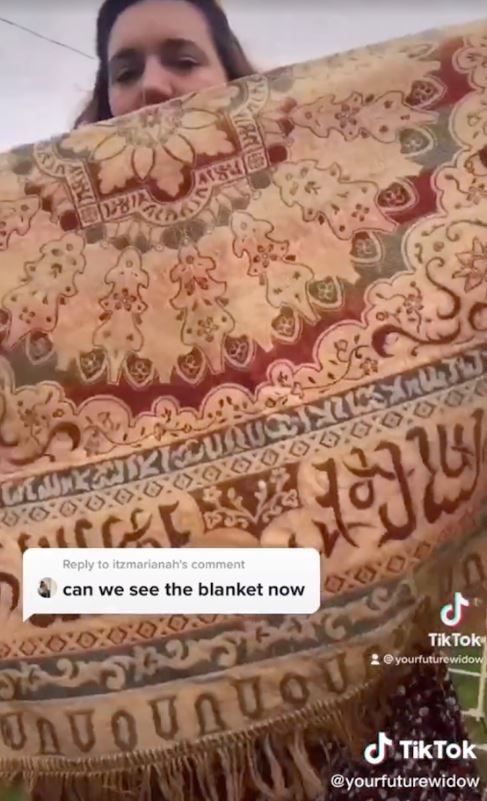 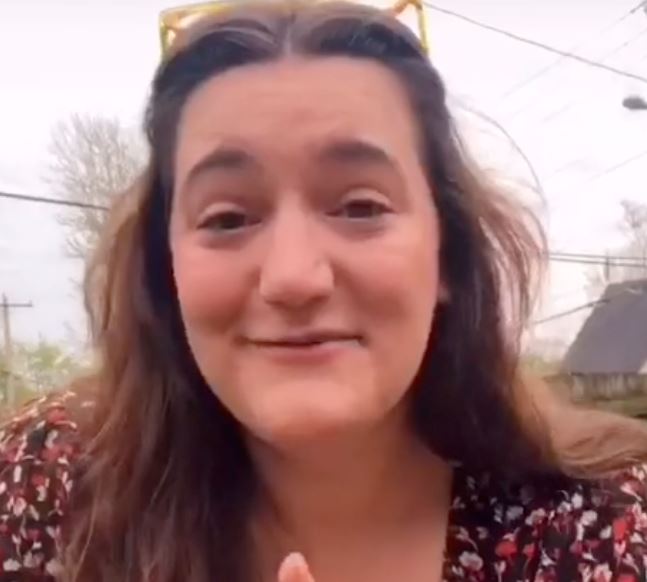 Many were concerned that Tad had put her hand into the water without gloves on.

“You’re real brave for putting your hand in that water”, wrote one viewer, while another said: “YOU PUT YOUR HAND IN RAW????”

Tad admitted that she regretted touching the foul liquid with her bare hands.

“I instantly regretted my decision when my hand smelled like an old cigarette”, she explained.

However, she joked that her hand had not aged overnight, despite touching the tobacco smoke-filled water.

In other cleaning news, this professional cleaner reveals how often you should REALLY be cleaning your loo brush – but sparks debate over her method.

Meanwhile, one woman shares her genius cling film hack that will leave your shower hose grime and rust free.

Plus, one professional cleaner reveals how to keep your car smelling fresh – and all you need is a peg.

Sydney is on “high alert” after a new Covid-19 case was detected in Bondi from a “fleeting contact” at Westfield, with Gladys Berejiklian announcing new…

Senior police are usually good at three things. Calling for extra powers to fight crime, ordering steaks and red wine at long lunches (we once…