ONE wife has been ridiculed for putting a moment from her private life on social media after she films her husband crying.

Jaclyn Gibson, from Dallas, US told her husband Seth to go outside for some air when he got emotional. She then secretly filmed him and uploaded the video that received 11 million views in three days. 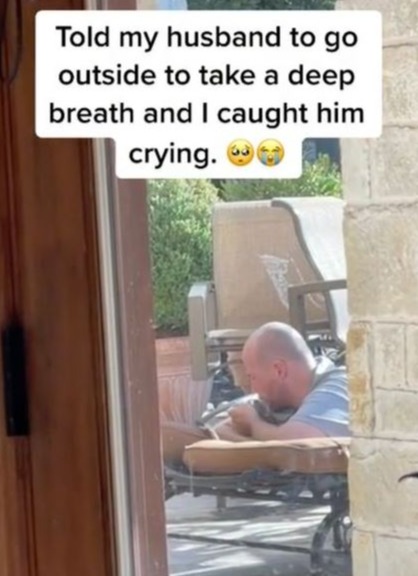 Many viewers reacted to the 28-year-old's TikTok post saying that it was wrong for the woman to exploit her husband's personal moment online.

In the since-deleted post, the mum-of-two said: "Sometimes men don't know how to healthily deal with their emotions due to society's expectations. Let's encourage them to feel and release."

Adding: "Told my husband to go outside to take a deep breath and I caught him crying."

After the post went viral, TikTok users took to the comments section to say that taking the video was not appropriate.

"Instead of recording him, my first thought would have been to go out and make him tea, offer a hug, rub his head…something soothing" commented one person.

A second person said: "I feel like recording him just wasn't the move."

Another added: "Not everything has to be on the Internet."

In a follow-up TikTok post, Jaclyn said that the video was taken out of context, and she was trying to show that it is OK for men to show emotion.

Sitting in the car beside her husband, Jaclyn said: "So a video that I posted recently of him, went viral and I just wanted to give some context."

"I had his permission. Even if I didn't have his permission I would never bash him on purpose. like ever. That was not the point. My point was to encourage people to like help bring out the emotion and make it a safe place for men" she added.

Jaclyn said that although she wanted people to view the video, she was not trying to become TikTok famous, as she only had been on the platform for a week.

"I worded it poorly or whatever. On my Instagram, we are very open about our relationship – too open probably but it tends to help a ton of people. I thought the moment was really precious so I recorded it" said Jaclyn.

"The whole day people had misconceptions saying things like 'I would go comfort him,' when literally I rubbing his back.He was not mad at me, he was upset with something else and I wanted him to just take a breather" added the wife.

Jaclyn said that she thought the "moment was special" which is why she recorded it but now sees that it was a "massive fail"but wanted the set the record straight that she would never do anything to hurt her husband.

"I had his permission. Even if I didn't have his permission I would never bash him on purpose. like ever. That was not the point. My point was to encourage people to like help bring out the emotion and make it a safe place for men."

Adding: "I did not mean for that to go the way that it did."

Seth then chimed in to say that he and his wife have a very unique relationship, but they trust each other immensely.

"Maybe it is not a common relationship, but we have an unbelievable amount of trust for each other, so I trust Jacky, and I know her heart and I know that it was pure," said Seth.

Adding: "It's funny to see the comments without knowing the context. For me, that moment of getting an opportunity to step away from our daughters and work, and just to go sit outside in the sun was exactly what I needed."

Seth added that he is quite an introverted person, but glad that his wife knows him well enough to be able to guide him and tell him when to go outside.

"So I never thought I'd go viral for crying on the internet, but we did it guys, and I just wanna say thank you to all the people helping us go viral" he added. 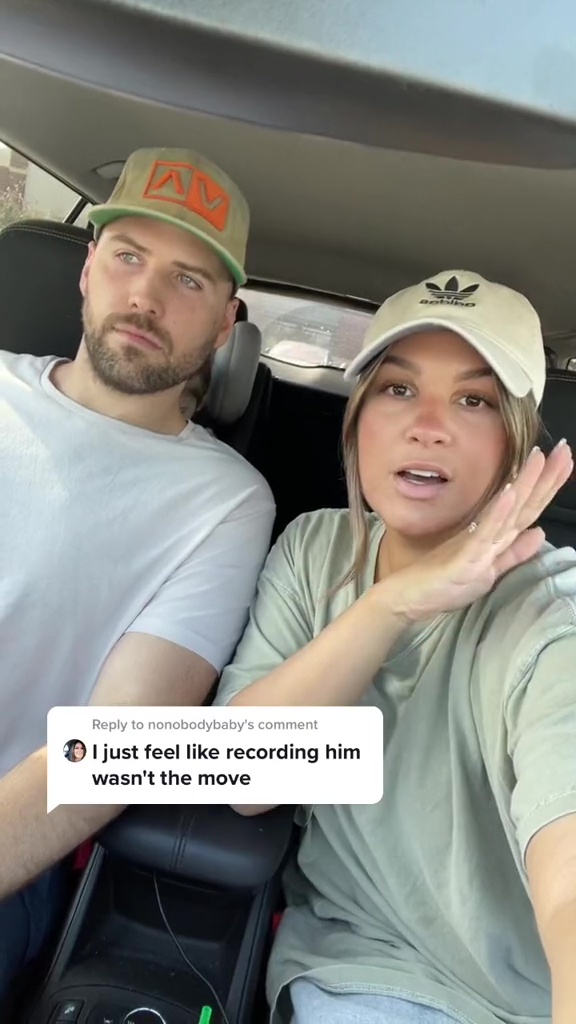 For more on married couples, read how one lesbian couple is always mistaken for a mother and daughter.

In other news…I moved city because my ex-husband had NINE kids behind my back.

Also… I’m a waitress and these are the annoying complaints customers make every day AFTER they’ve eaten their food.