WE can put on a brave face when it comes to headaches and a sore throat – but add a blocked nose into the mix and we've hit our absolute limit.

Well rather than just suffering through the discomfort, TikToker Rozaline Katherine took one for the team when she tried out this viral sinus-clearing trick. 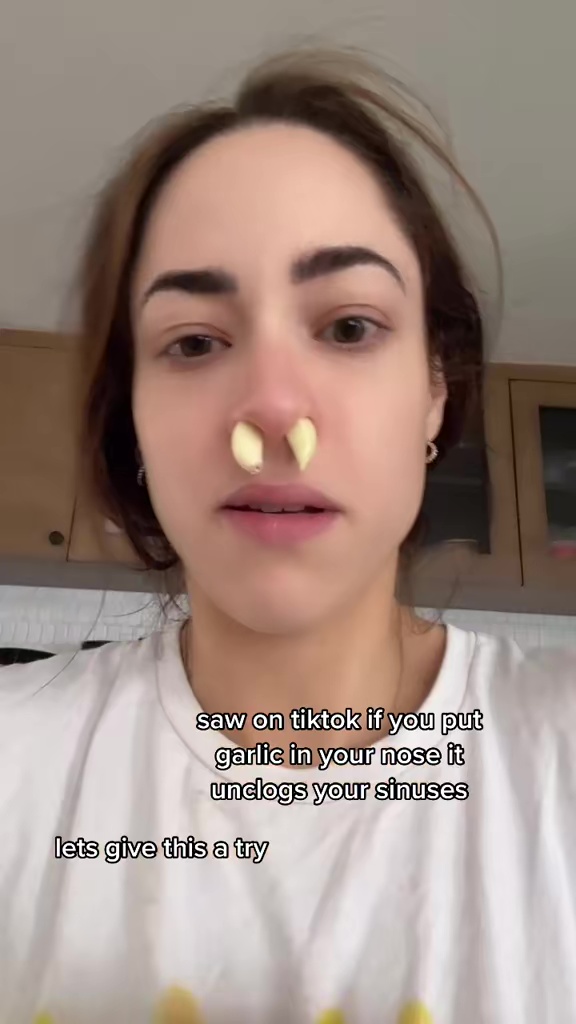 And we're warning you now – it's NOT for the faint-hearted.

Earlier this month, the social media star, from Arizona, thought she'd stick two bulbs of garlic up her nostrils after seeing people rave about the "life hack" on TikTok.

She admitted: "I didn’t think it was actually going to work which is why I filmed it more as a joke."

Documenting every step of the "experiment", Rozaline started by peeling the cloves, popping them up her nose and then waiting for 10 minutes for them to work their magic. 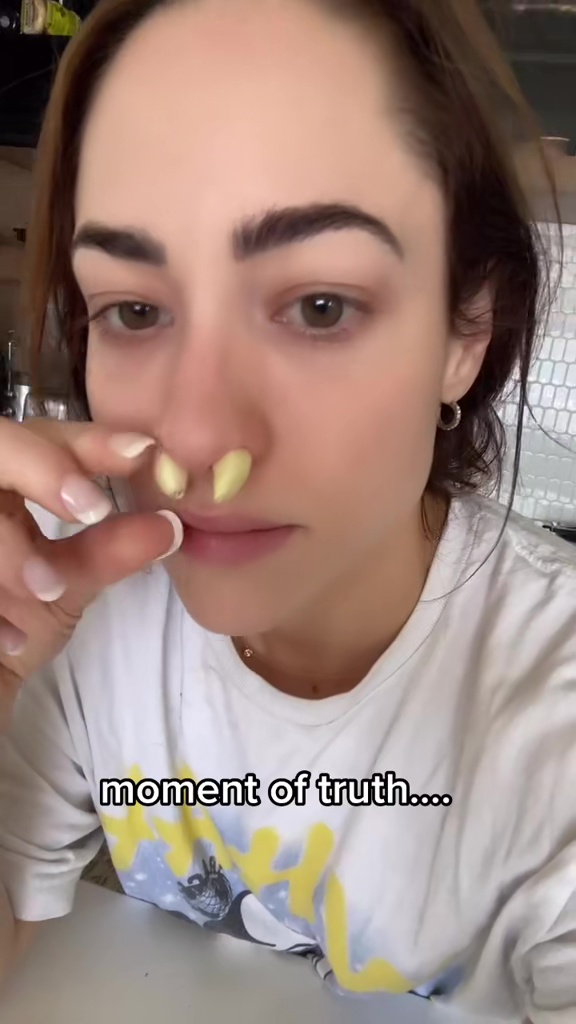 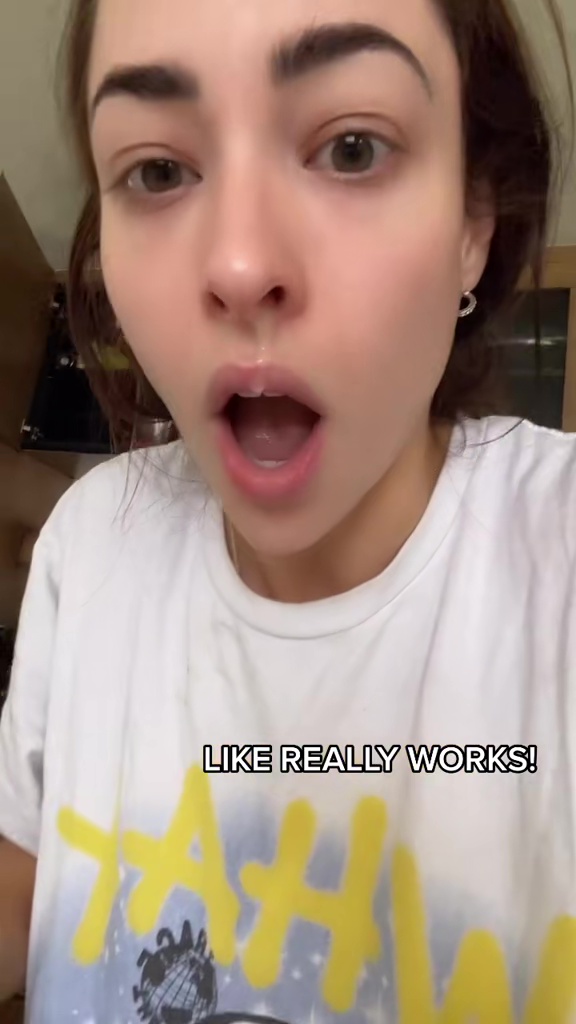 "I set a timer for 10 minutes and just watched TV while I waited," she added.

But while Rozaline said it didn't burn or hurt at all, she could tell when the timer went off that her nose was starting to run again.

She said: "I was expecting it to be a little runny but then tons of boogers just started coming out and I was totally shocked."

But the most surprising thing of all? Rozaline couldn't smell the garlic at all. 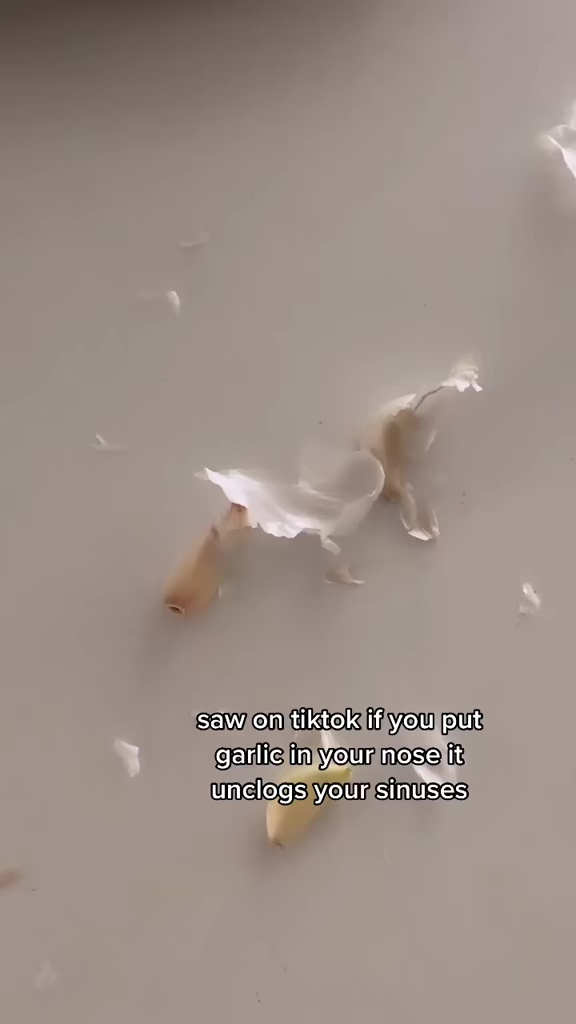 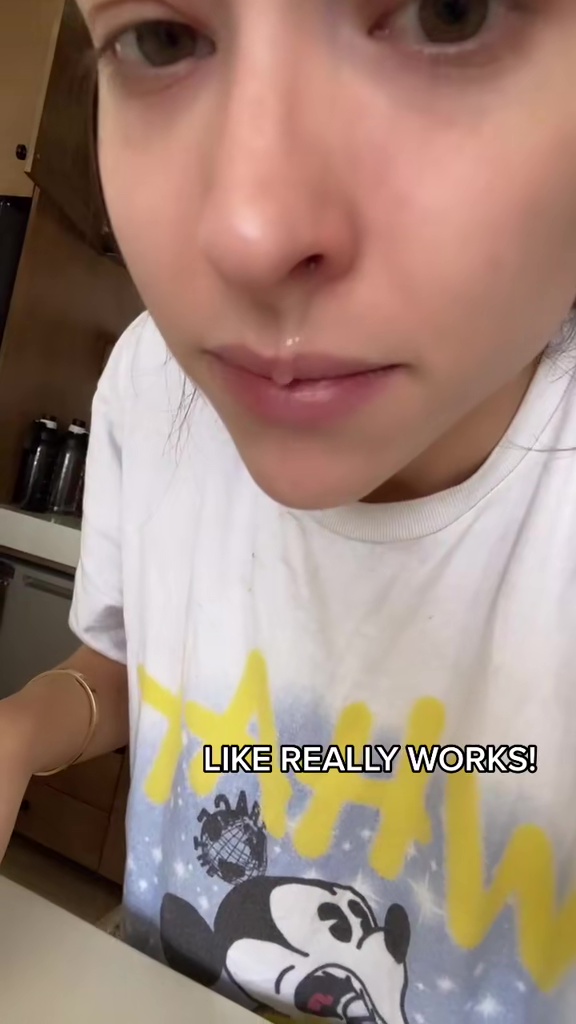 "I think my sinuses were flushed out," she said. "I was totally surprised by the results."

The clip has racked up over half a million "likes" on TikTok – and needless to say, it left people feeling a little grossed out.

One replied: "This is where TikTok reaches its limit."

"No thanks," another added. "Before I know I accidentally inhale through my nose and the garlic disappears."

Dr Neil Bhattacharyya told Shape that garlic's strong smell irritates the nose and causes the mucus drainage – but warned that it could do more harm than good.

The expert said: "Some garlic cloves are really strong, and if you get enough leaching of the chemicals and oils into your nose, it will definitely irritate it."

Meanwhile, Dr Omid Mehdizadeh said the garlic bulb has the potential to get stuck up your nose and rot or even induce a sinus infection.

And this woman raved over £3 Primark tanning oil which gives her pale & sensitive skin a glow WITHOUT any itching.

Plus this mum said she'll never let her baby play with an iPad again after they spent £7,000 upgrading her CAR & it’s non-refundable.