A WOMAN mistakenly received a text from a woman revealing all about her cheating ex, but rather than ignore it she sent the best reply.

A newly-single woman named Angela accidentally messaged who she thought was her pal Jenn, but she got the wrong number and sent it to a stranger. 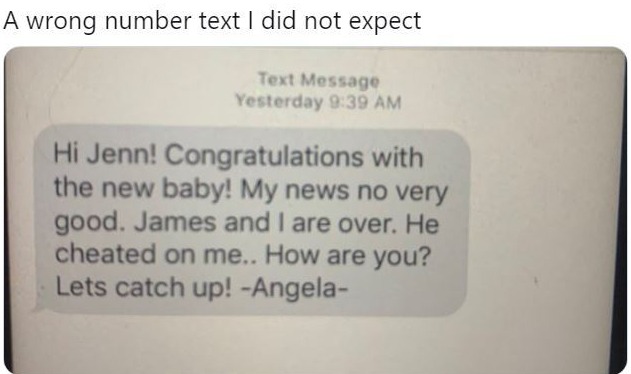 She shared the text exchange on Twitter, and it turns out Angela hasn’t been having the best time.

She said: “Hi Jenn! Congratulations with the new baby.

“My news no very good. James and I are over. He cheated on me. 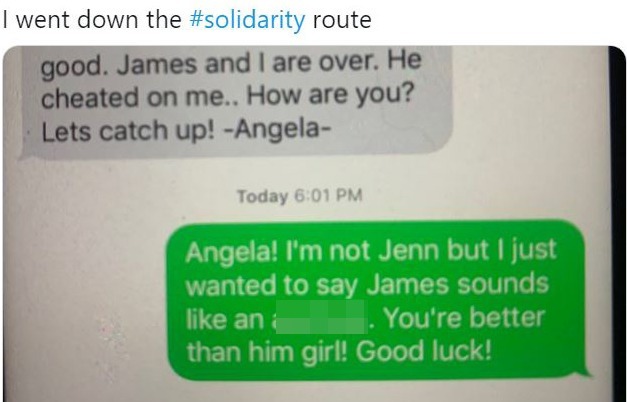 The recipient captioned the text: “A wrong number text I did not expect.”

Rather than ignore the message, she decided to reply to Angela and offer her some support.

Confirming she “went down the #solidarity route”, she replied: “Angela! 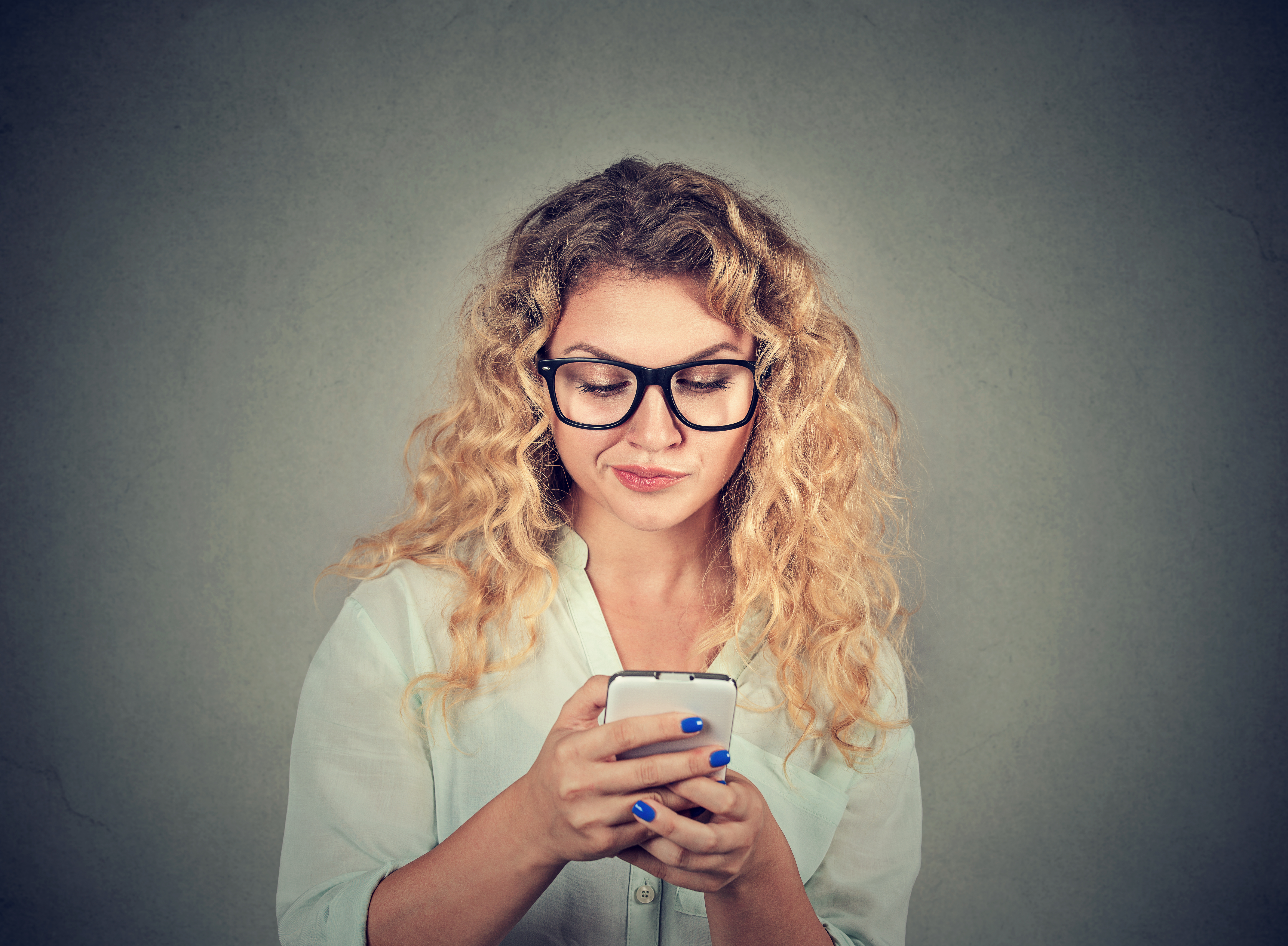 The exchange has racked up dozens of comments, as people speculated over the text – and James' infidelity.

One person said: “I feel bad for Jenn in this scenario. She’s just had a baby and is very clearly if subtly being asked to declare allegiance in the breakup of mutual friends. Not cool, Angela.”

Another commented: “Am fuming at James #TeamAngela.”

A third wrote: “Wow Angela is showing such grace, congratulating Jenn on the new baby and everything when she has James’s antics to deal with…” 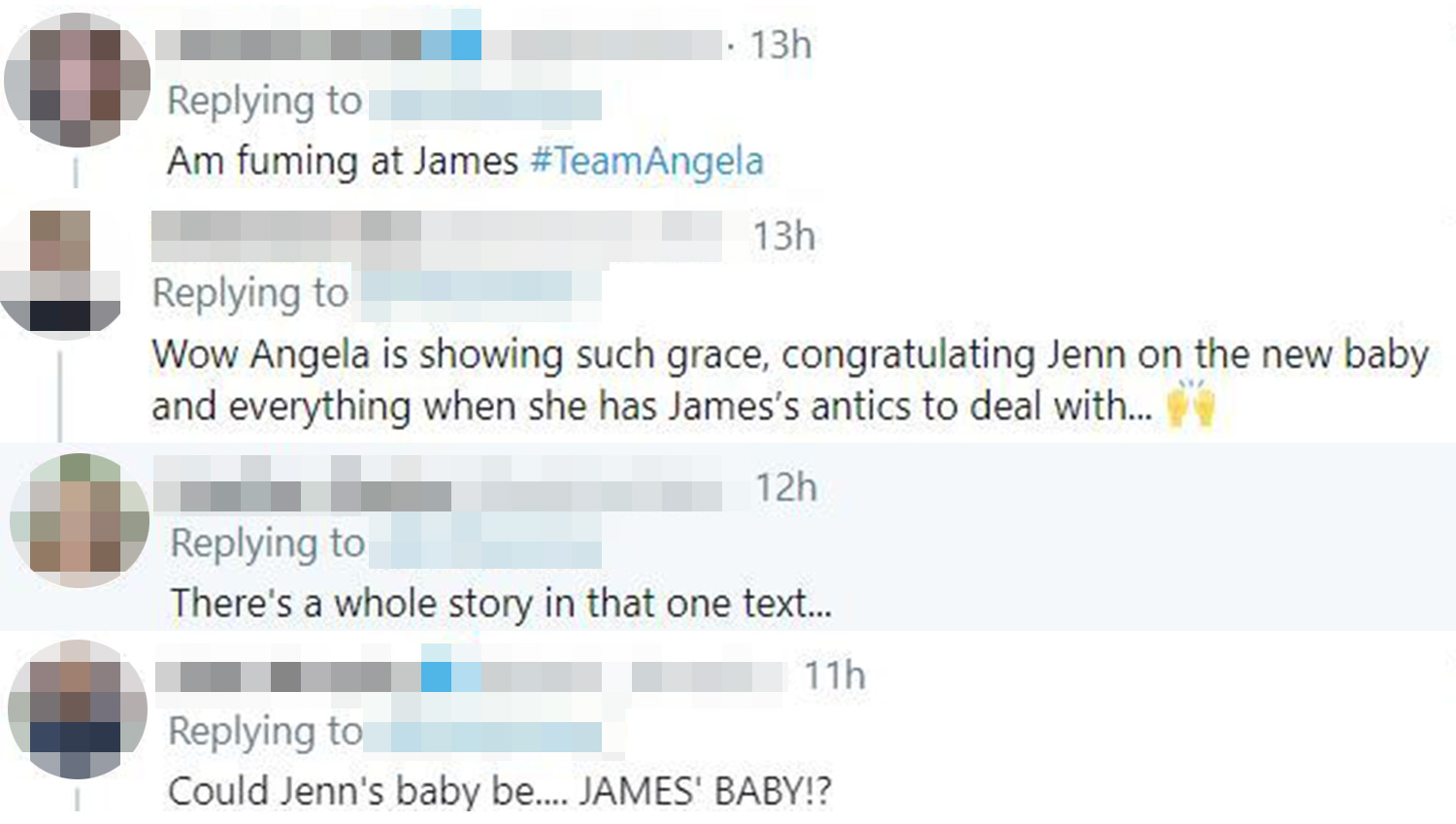 This person pointed out: “There's a whole story in that one text…”

And the woman who received the message thought there could be more to the situation that meets the eye, writing: “I know… Does make me suggest maybe Jenn & Ange aren’t quite as close as Ange might like…

“Hope she’s not fishing for info about that a*****e James. She’s better than this!”

And if you want to find out if your bloke is cheating, this TikTok star will test his loyalties by sliding into his DMs.

Meanwhile this mum warns parents to check their child’s homework after her daughter used Google & ended up with some terrifying answers.

While this mum revealed she never makes four kids share, say sorry or do homework and she refuses to tell them off too.