AFTER a long day at work, there's nothing better than running yourself a hot bath and taking a long relaxing soak.

But one woman's plans to hit the tub were rocked by a nasty surprise she found waiting for her, hidden in her tap. 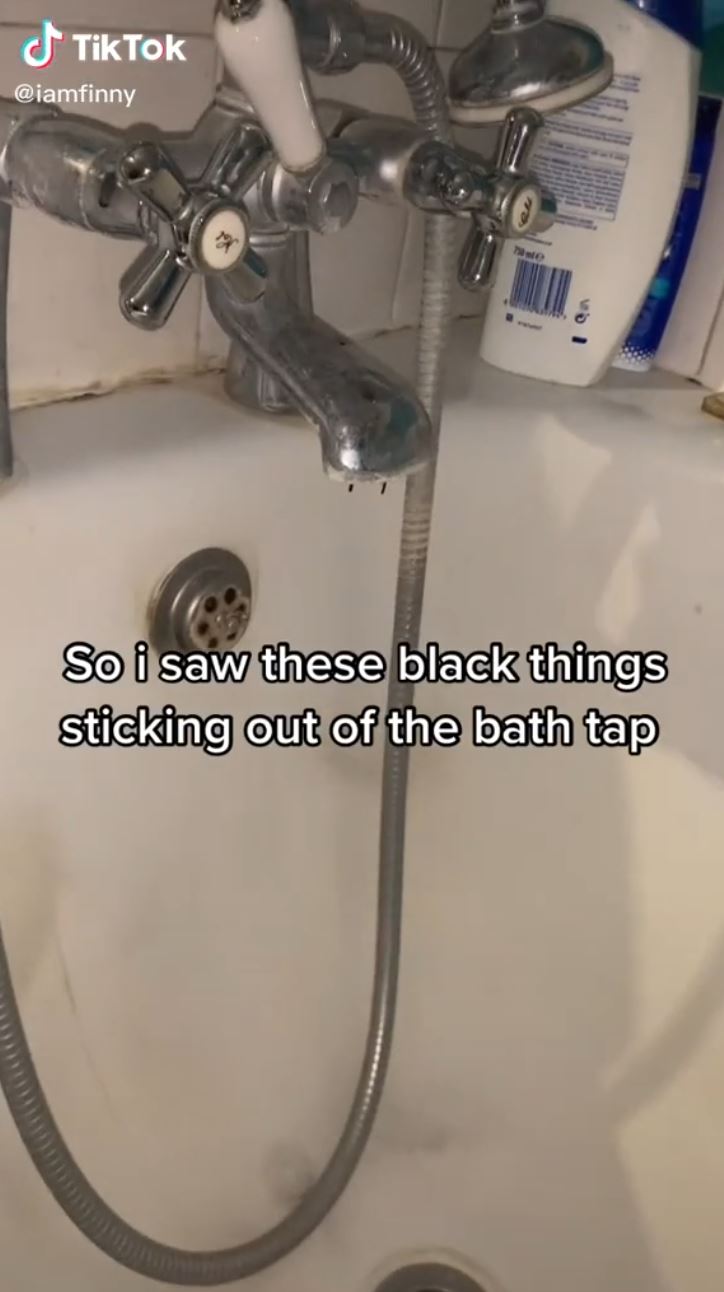 TikTok user Lucy (@iamfinny) shared a video online of her investigating her tap, after noticing creepy black wires hanging out of it.

But, what she thought was wires actually left her traumatised as she discovered it was in fact a huge spider that had wedged itself inside.

"So I saw these things sticking out the bath tap," she said, as she moved the camera up towards the tap to reveal the spider hanging right on the edge of the faucet – leaving her shocked.

"Oh my god," she wrote, before then turning on the taps to get the spider to budge. 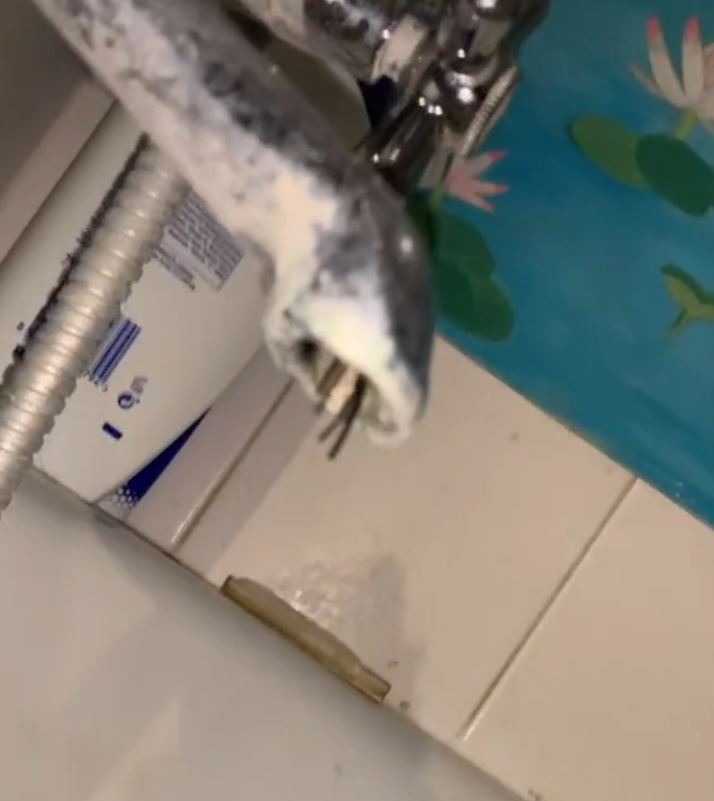 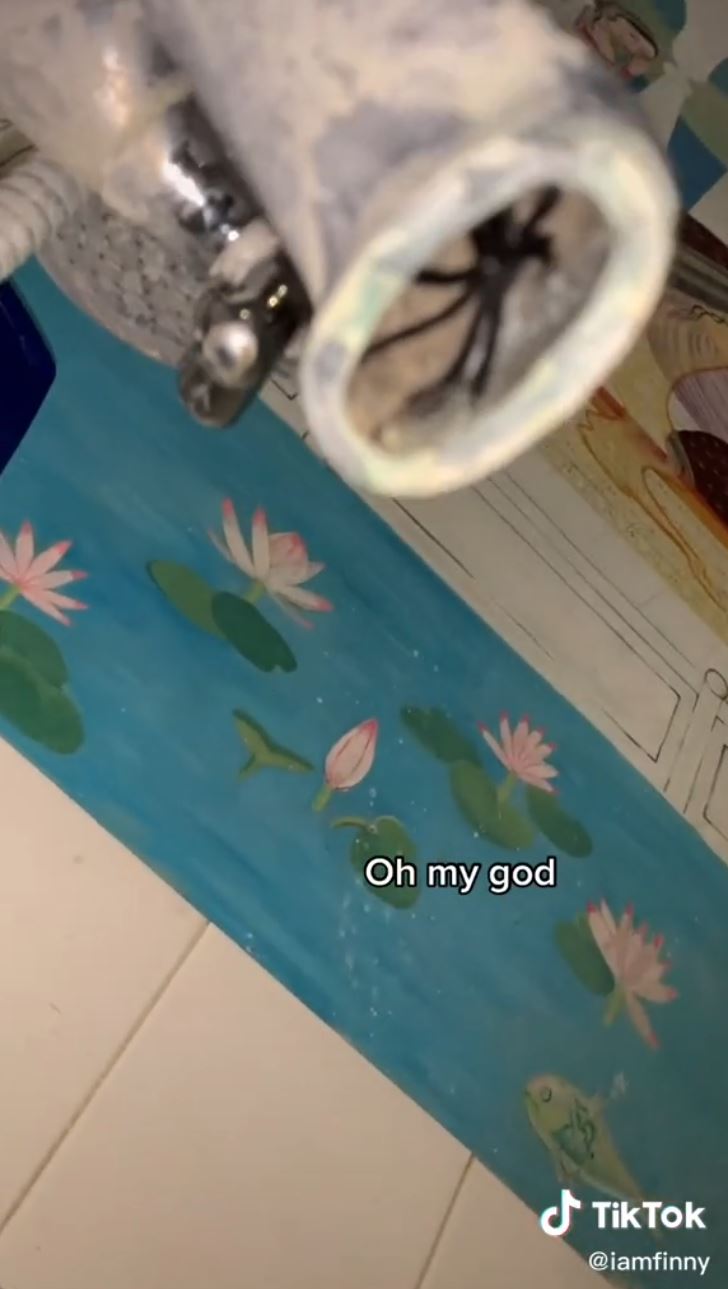 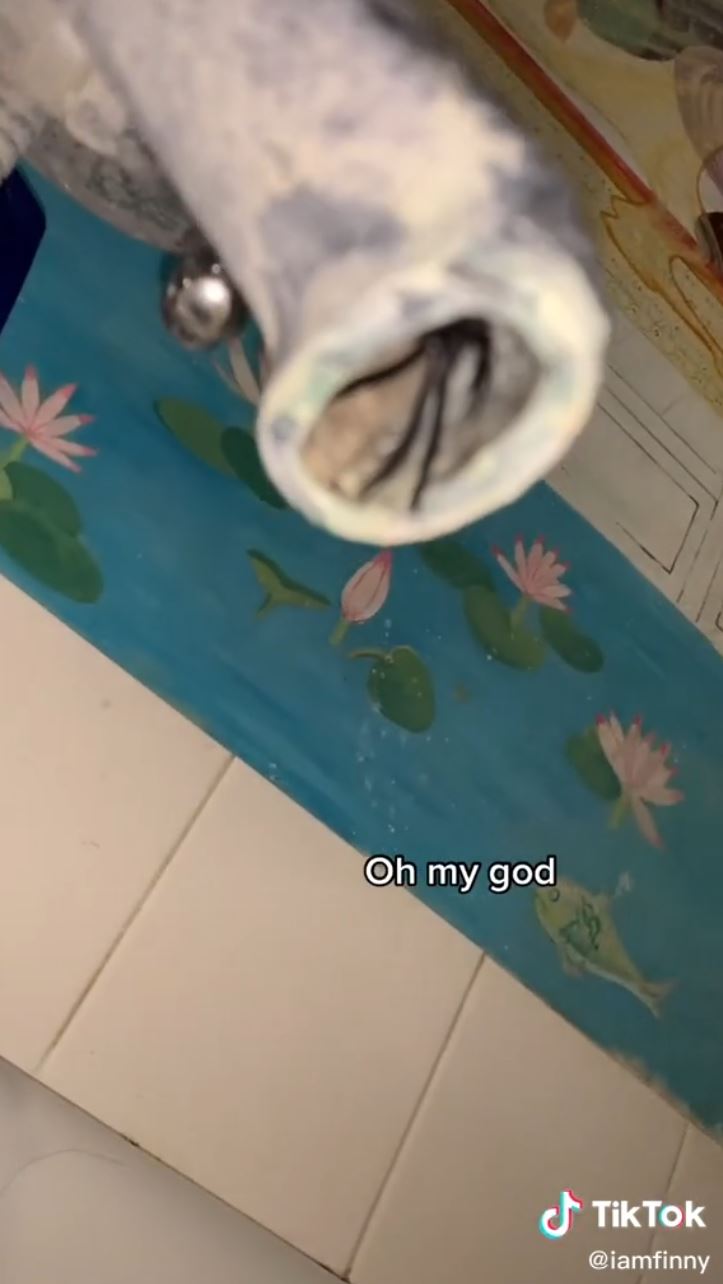 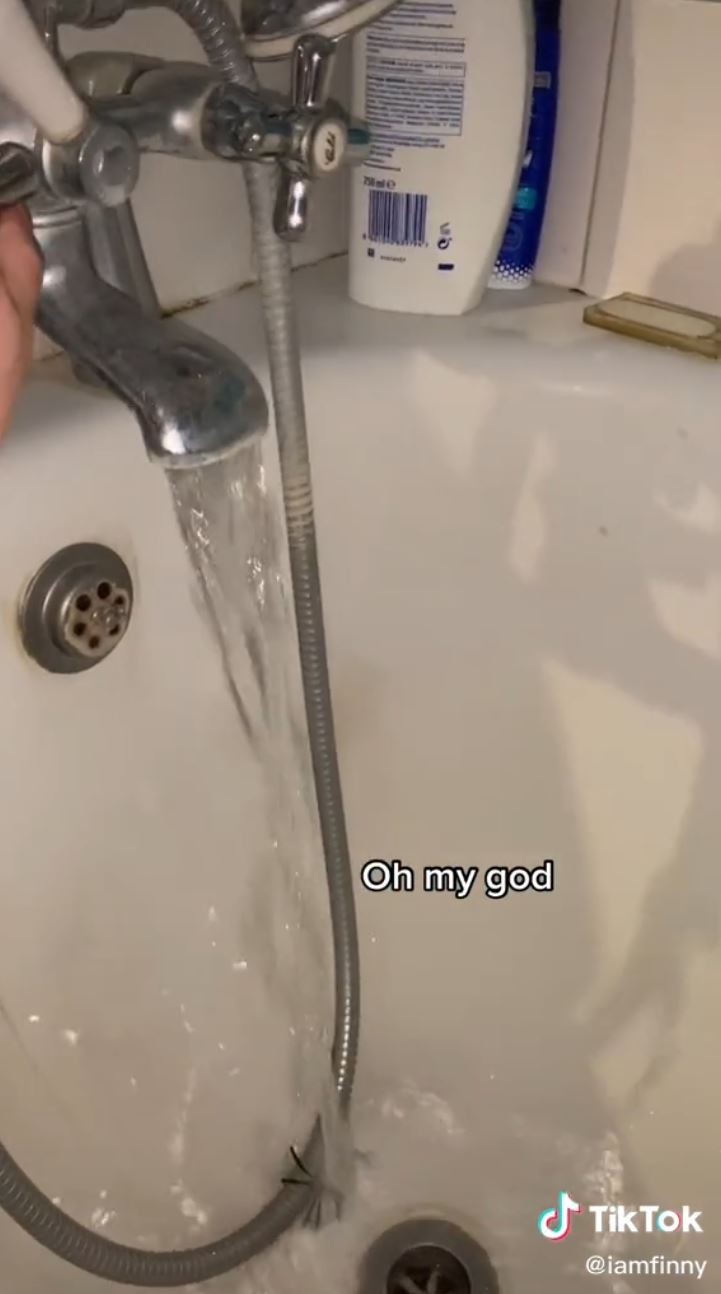 As the water started to come out, the huge spider came with it and was left in the bath – horrifying those watching, as thousands commented on the video that has since gone viral.

"I would've died," said one person, while another wrote: "My heart would stop."

Others joked they were waiting for the spider to jump out at the camera, with some even refusing to watch until the end of the video they were so traumatised.

"I was waiting for the jump I couldn't even look at it anymore," said one person.

A fourth posted: "Me laying in the bath poking my toe up the tap… nope never again."

For some the thought of this happening to them was too much to handle.

One viewer joked: "I'm never having a bath again…"

Meanwhile, one dad was left mortified after finding brutal description of him his daughter had written for her pre-school homework.

Plus, experts are warning against this tumble dryer cleaning hack and claim it's so dangerous it could cause a fire.

And one woman's TikTok brow disaster will leave you terrified to try the tinting technique at home.