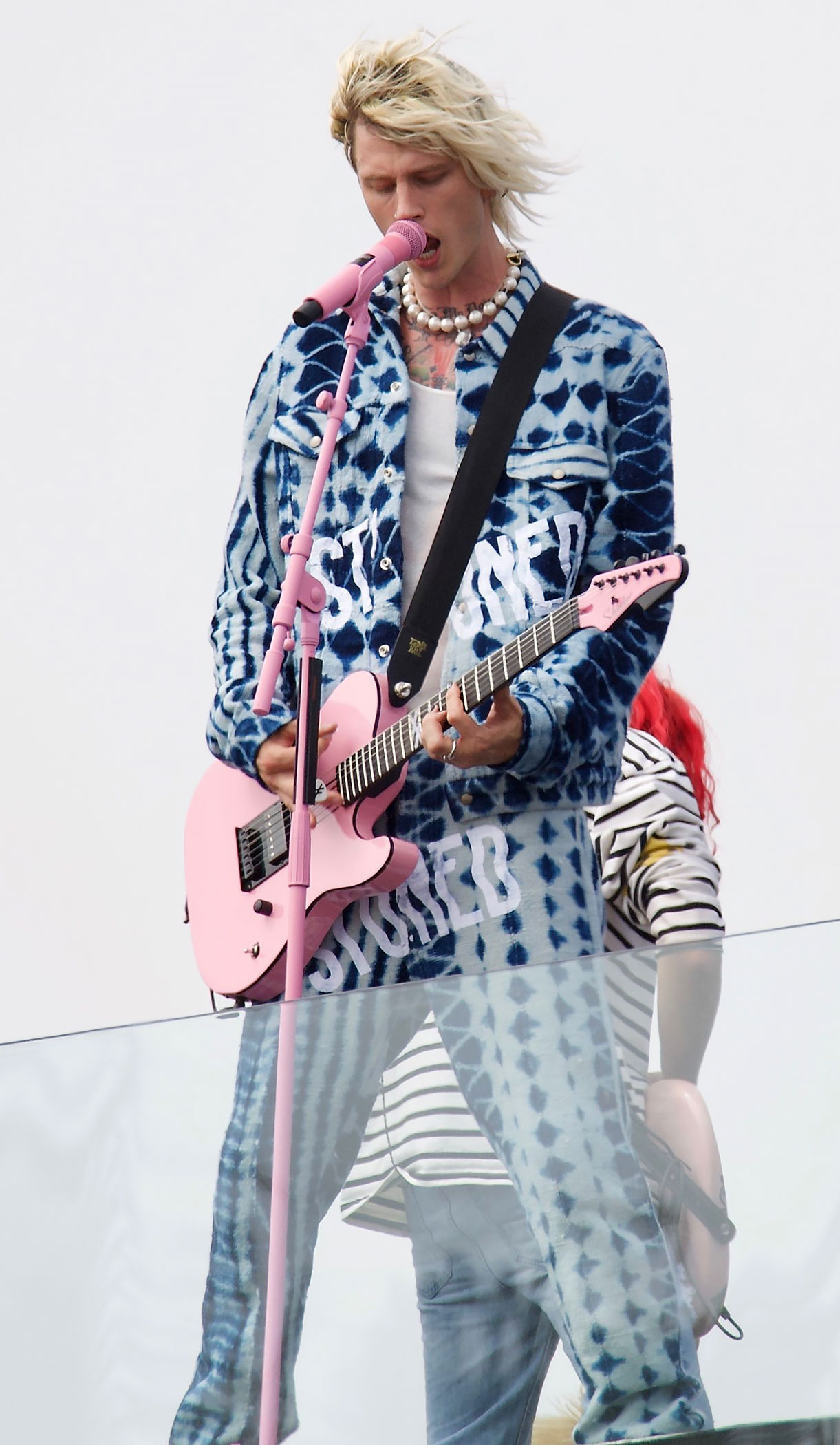 From a slash tattoo down the middle of his neck to his black tongue at the Billboard Music Awards, the 31-year-old singer is not one to shy away from a style statement.

But his latest switch up has flown under the radar — until now. When Kelly played a rooftop concert with Travis Barker earlier this month and in the time that’s followed, the “Bloody Valentine” singer has been rocking some noticeably longer locks.

The discrepancy has many fans asking if the singer has extensions — or even a wig.

One fan questioned: “Machine Gun Kelly did you get hair extensions? I need to know cuz if not … I need to know what vitamins you been taking. Help a girl out.” Another added: “Today I found out MGK put extensions in his hair and it didn’t magically grow into a mop.”

Other fans believe that the musician is actually covering up his real hair with a wig in order to disguise his transformation for an upcoming movie.

Kelly has been cast in a music drama film called Good News, where he will play a “rising but troubled musician,” according to Deadline.

While his longer locks could be for his upcoming movie role, it’s also possible that the “My Ex’s Best Friend” singer simply wanted to express himself through fashion as he has in the past.

In March, he decided dye his hair a turquoise blue shade, showing off his new hue during a date night with girlfriend Megan Fox. 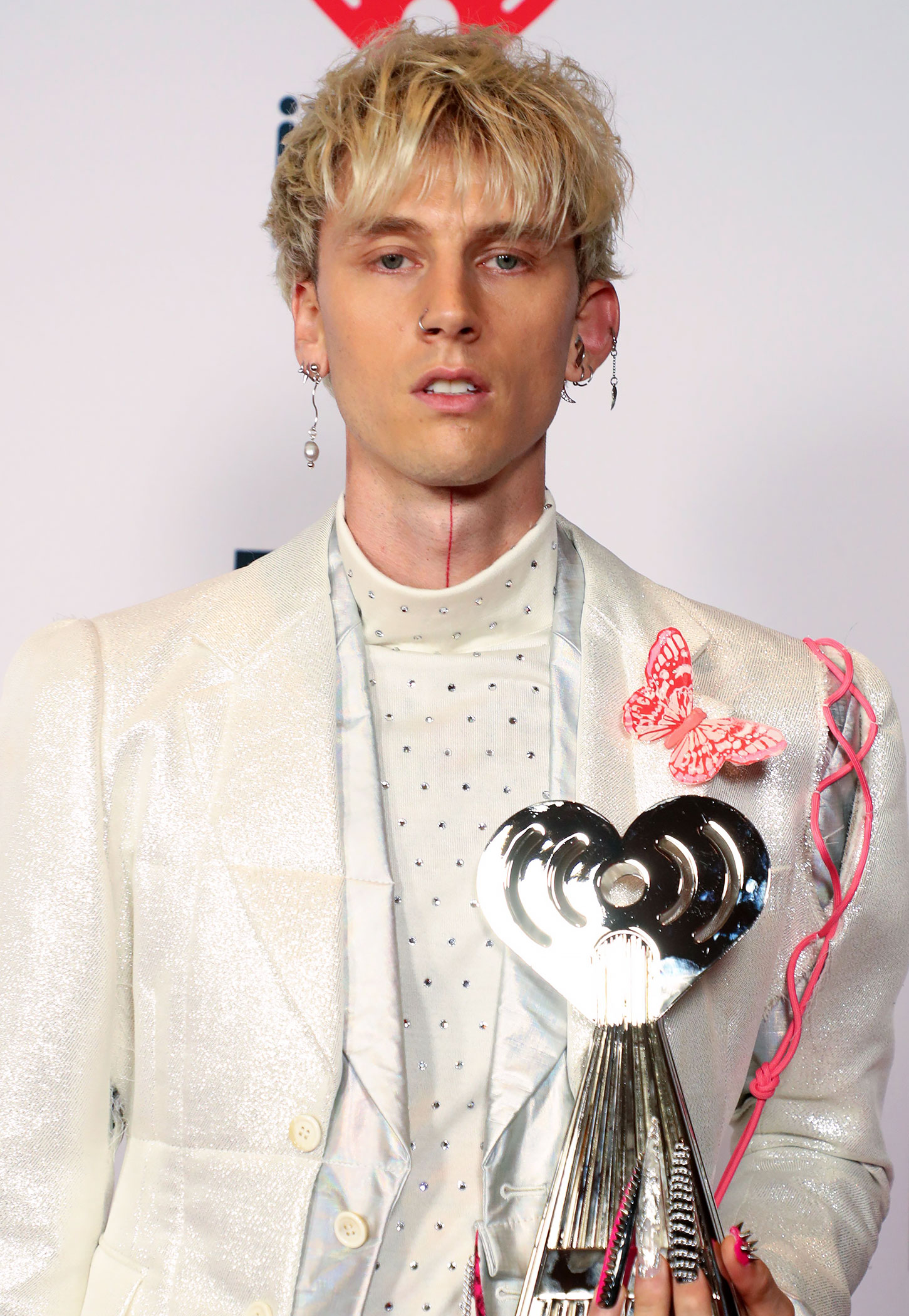 Just as he’s experimented with his hair, Kelly also had some fun with his nails, making a major statement at the 2021 iHeart Music Awards.

For the event, he turned to nail artist Brittney Boyce for acrylic tips that were more than three-inches long. His set featured a mix of studs, foil and straight up silver chains, unquestionably making a statement.

His wild manicure followed his internet-breaking black tongue, which he debuted at the 2021 Billboard Music Awards. Using an unknown type of paint, Kelly dyed his tongue black for the evening.

“Special accessory for tonight,” the star captioned his Instagram Stories prior to the event, showing his tongue being painted black with a Q-tip.

Kelly’s affinity for having fun with hair and makeup is carrying over into his professional life as well. The singer will be launching a nail polish line in the fall called UN/DN.