Caroline Calloway is a 27-year-old personality whose preferred medium of expression is the posting of photos and screen shots of text to Instagram. She has become a fixture in the digital daily tours of some young, literary, edgy people, particularly women.

Her Instagram photos are often accompanied by lengthy captions. She has dabbled with expanding her commodity portfolio into books and seminars. Neither of those enterprises has been successful in the way one may expect them to be. Instead, both brought her notoriety when they failed quite incredibly.

I hope reading what I write feels the way this photo looks: like we're best friends and I'm siting across the table from you after brunch. I'm telling stories, cracking jokes. Wry little smiles like this are frequent. Sarcasm abounds. Although maybe there is less fuck-me eyes going on because you're not @freddie.i and he's the one who took this photo. Which is to say: to those who left a comment on my last photo concerned our new story wouldn't have the old perks you've come to know and love and expect in a Calloway story (boys with accents, castles) don't worry. I hear you. I got you. In fact, @freddie.i 's got you even if that's not what he intended when he posted those shirtless photos on vacation two years ago. But I give you my permission to stalk them at your leisure. You're welcome. You're my best friends. And this and brunch and stories and jokes are what best friends are for. So onwards! Upwards! We have a new story ahead of us and there's no better feeling than that in the world. There will be boys with accents. There will be boys with accents in castles! How much though I won't say. Just wanted to let you know up front that your worries have been heard and handled and there is nothing but anticipation to look forward to. To Be Continued

Why Are People Talking About Caroline Calloway?

On Tuesday, Natalie Beach, a young writer, published an essay in The Cut about her experience being Ms. Calloway’s friend and writing partner and editor, and, for a brief time, her maid. This essay is the capstone, so far, of a series of public misfortunes, most of which have in some way been exploited by Ms. Calloway herself.

All of it has taken place in the digital media ecosystem, making the saga an exciting piece of the new variety of infotainment that isn’t broadcast on television. Ms. Calloway is the spiritual granddaughter of reality television, at times playing the contestant, at others, the producer, depending on who is writing her story in the moment.

What Are Her Most Notorious Misfortunes?

In 2015, she sold a book for a reported advance of $375,000 and did not, or at least has not yet, delivered that book. Ms. Beach worked for years as an editor, according to her recent essay, on that book. She also said in the essay that Ms. Calloway has returned $100,000 of the advance so far.

Ms. Calloway also decided to conduct a “national tour of creativity workshops” that she was not prepared to deliver upon. This was an episode so ludicrous that it reads to any reasonable observer like a piece of performance art. (She has also made a T-shirt to mock a reporter who wrote about the workshops.)

That depends on where you are, but essentially no. (Although, it’s important to note that everyone is a little bit famous, and any little bit of fame is potentially monetizable.) Part of her success stems from attending Cambridge University.

Her early online content production leaned heavily, in a thematic sense, on “plucky American discovers the wonders of Britain,” and that brought her attention in that nation’s most discerning papers. She was what at one time was, rather horribly, called a “fameball” — a person who is achieving at least some of the trappings of fame for her work at becoming famous.

She may not be. Ms. Beach said in her essay she bought “tens of thousands of followers” early on. Now, at the height of her dramatic arc (so far), with nearly 800,000 followers, she is receiving maybe a couple hundred comments and, at most, a couple thousand likes on recent posts.

Those public signs of engagement aren’t low, but they are also not terribly robust in the world of Instagram influence. (Older Instagram accounts tend to have less active followers as users drop off the service over time.)

This is aspiration, actually. It’s not about beautiful beach shots and great hotels, in a traditional influencer sense. The aspiration that Caroline Calloway embodies is the ability to express feelings boldly and the freedom to be a mess. This is in many ways more alluring than a nice blue Adriatic.

Is Caroline Calloway a Scammer?

In 2018, the media was filled with stories of so-called scammers including Elizabeth Holmes, the mastermind behind the failed company Theranos; Billy McFarland, who came up with the failed music festival Fyre Festival; and Anna Delvey, a con artist whose story was told in unending detail by two glossy magazines (including New York magazine, home of The Cut).

Ms. Calloway’s failed attempt to create a series of creativity workshops in early 2019 was not a scam in a literal sense (although some regarded it as a blueprint for such); it may have been a promotional stunt, a prank, a cry for help or a gesture of simply leaning too hard into the moment.

And while it did enter her permanently in the record books as a minor figure among the scammers of the Summer of Scam, this is a miscategorization.

Is Natalie Beach a Scammer?

Ms. Beach’s essay was not a straightforward tell-all but rather, a stylized confessional, filled with imagistic asides (“cracked-open pill capsules rolled across the coffee table”), and knowing literary allusions, most importantly to “Cyrano de Bergerac,” a play in which the title character is a ghostwriter.

If Ms. Beach’s intermittent work of the last few years was to flesh out a character named Caroline Calloway, her essay, in a single evening, introduced a second character to the public: Natalie Beach.

Ms. Beach’s Twitter following grew quickly after publishing; at one point she was adding approximately 10 followers every 30 seconds. She started Tuesday with about 500 followers; as of this writing she has more than 8,000.

As Caroline Calloway responded to the essay, broadcasting her reaction, her Instagram following grew as well. The essay was marketing for both women. It was writing. It was performance. What the moment made clear is that the line between the three has become blurred beyond recognition.

It’s easy for people to scorn influencers as digital sellouts. But Ms. Beach’s arrival, as a writer and as a character of her own creation, shows the lack of distance between the influencers and the rest of us. Many of us are creating stories for public consumption. Many of us are entitled to believe we have more noble reasons (we likely don’t).

How Do You Know If a Friend Needs Help?

When someone says things like “she called with a change of plans, something about the value of gold having dropped and her family being low on money,” as Ms. Beach describes an interaction with Ms. Calloway, that’s the unusual language of a person in some kind of trouble.

When you find that a friend has “ripped up the wall-to-wall carpet and shoved the squares into her closet because she had always wanted exposed wood floors,” that could be the mark of a creative person. It could also be drugs, mania or both.

But it’s one thing to acknowledge a health challenge, and yet another to treat it. In the 1990s and ’00s we entered a new era in which young people’s lives became very medicalized. It wasn’t great at first (see: “Prozac Nation”) but much of it was good!

We started to acknowledge that disordered eating was a disease and was treatable, for instance. We started to talk about the spectrum of behaviors of people who are not neurotypical.

This medicalization of behavior led to a significant societal shift: The current generation of young people are much more comfortable talking about mental and physical body and brain differences. And yet, if there’s one thing people in their teens and 20s would be helped to know, it’s that if it sounds made up or false or delusional, it usually is.

Reality, though, is what you make it. Ms. Calloway spent some time, the day after the New York magazine article was published, newly crediting Ms. Beach for old posts on her Instagram account. 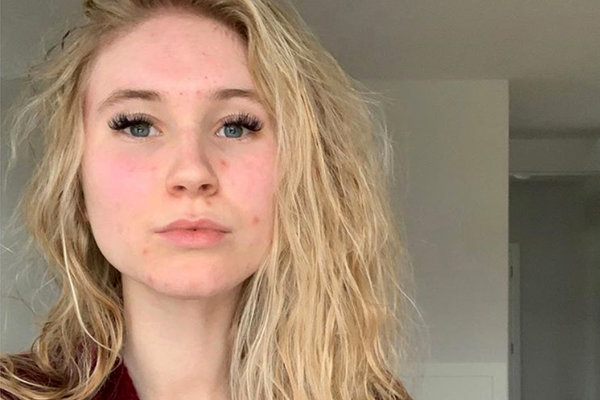 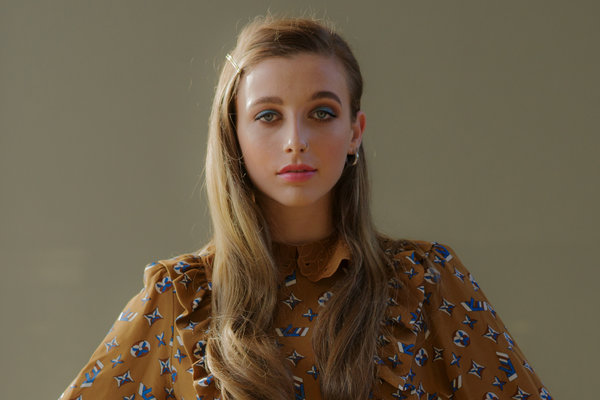 Jonah Bromwich is a news and features reporter. He writes about cultural change — shifts in the way we date, eat, think and use language and technology — for the Style section. @jonesieman