TWO paramedics have revealed the questions they are CONSTANTLY getting asked and how annoying they are.

23-year-old Kirsten and her fellow paramedic pal Ellis Prevett work for the NHS and they say that they don't enjoy "being asked to relive the trauma." 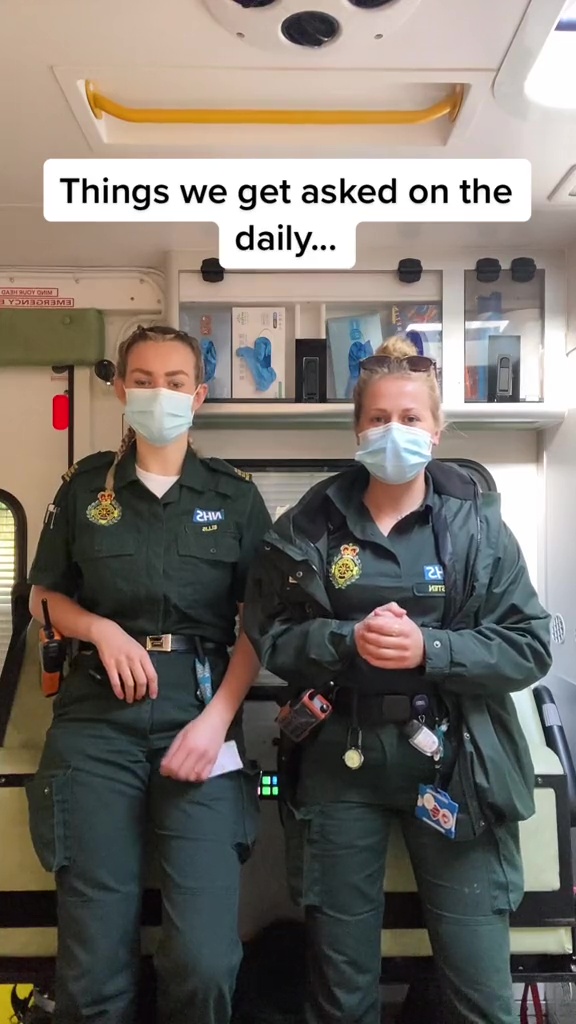 Taking to her TikTok platform, Kristin uploaded the post with her work colleague under the caption: "An insight into our daily comments (Filmed before the start of our shift."

Posting under the domain @klr281, Kristin said: "Things we get asked on the daily" revealing the first question the pair are frequently asked is "aren't you too young for this job."

The pair respond by saying: "No we both have years in the service."

The next question people often ask the pair, they said, was: "Do you just drive all day" to which they responded: "No -we attend a job and then swap."

The most sensitive question the pair get asked they revealed, is "What's the worst thing you have seen."

Instead of giving examples of awful instances, the two women answer this question by saying: "don't ask us to relive a trauma."

The post has been viewed over 352k times and many TikTok users have been quick to comment.

"The last one, yes! People don't realise it's a very personal question" commented one person.

Another said: "Asking a paramedic 'what's the worst thing you have seen is like saying 'relive me your worst nightmare, an incident that has changed who you are'."

"Paramedics see everything from life to death and everything in between and I honestly don't know how they do it" commented a third. 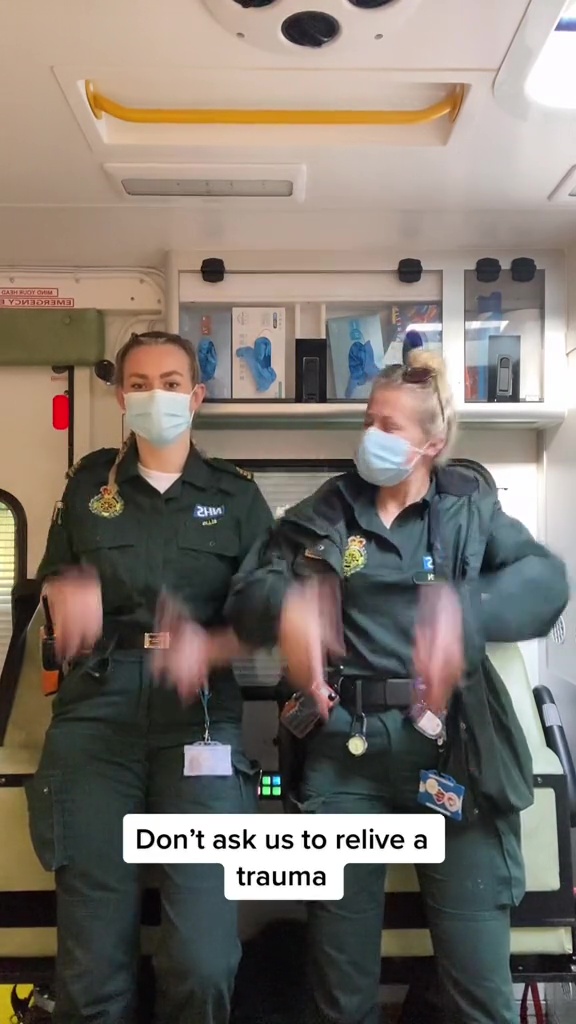 In work-related news… I’m a waitress and these are the annoying complaints customers make every day AFTER they’ve eaten their food.

And more on irritating questions…I work in a supermarket and all customers say the same stupid thing at the checkout – along with other annoying things.