WEDDINGS typically call for guests to dress to the nines.

One couple who were guests at a wedding was excited to show off their formal fits, however, there was a glaring issue that the internet couldn't ignore. 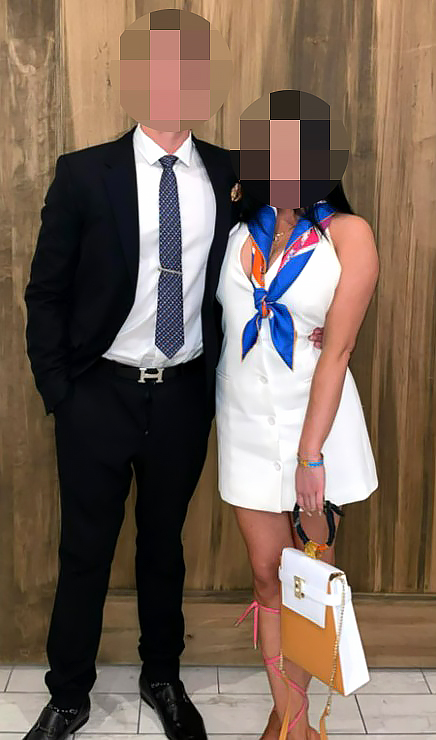 A man on Reddit posted his outfit alongside a lady friend, and although his suit looked snazzy, there was unfortunately another distracting detail.

He wrote: "No one told me my fly was down for 6 hours at a wedding, every photo takes features me flying low."

Although the mistake is hard to notice in the photo, the man surely felt uncomfortable after realizing his fashion blunder.

People on the internet assured the poster, however, that his mistake wasn't all that noticeable.

One wrote: "My guess is that most people weren't looking at your crotch and were having a good time."

Another wrote that most weddings have dark lighting and added: "I feel like with flies, it sometimes just grabs your attention…"

"Would not have noticed that on a suit unless I was specifically looking for it."

Meanwhile, others had a different problem with the couple's outfits.

Someone replied: "Yeah most people were probably distracted by the girl next to him wearing white to someone else's wedding."

My boobs stole the show at my son’s party, trolls say my dress was indecent

One wrote: "I…thought that was the bride, maybe for a courthouse wedding. Omg."

Another bashed: "I felt mean for immediately thinking 'flight attendant', but yeah.

"Something about the scarf makes me want to find my boarding pass."

Someone else added: "Does Hermès operate an airline or does she just work on their private planes?"

To be fair, though, the original poster did comment that his friend's white outfit was on theme.

He wrote: "Summer theme, mother of the groom wore white, bridesmaids wore a vanilla white. Most guests wore white and pastels as well."

"Our white didn’t stick out as many imagine!"

In other awkward wedding moments, a bride bought the wedding dress of her dreams and only realized her fiance had made a huge blunder after they buried her gran.