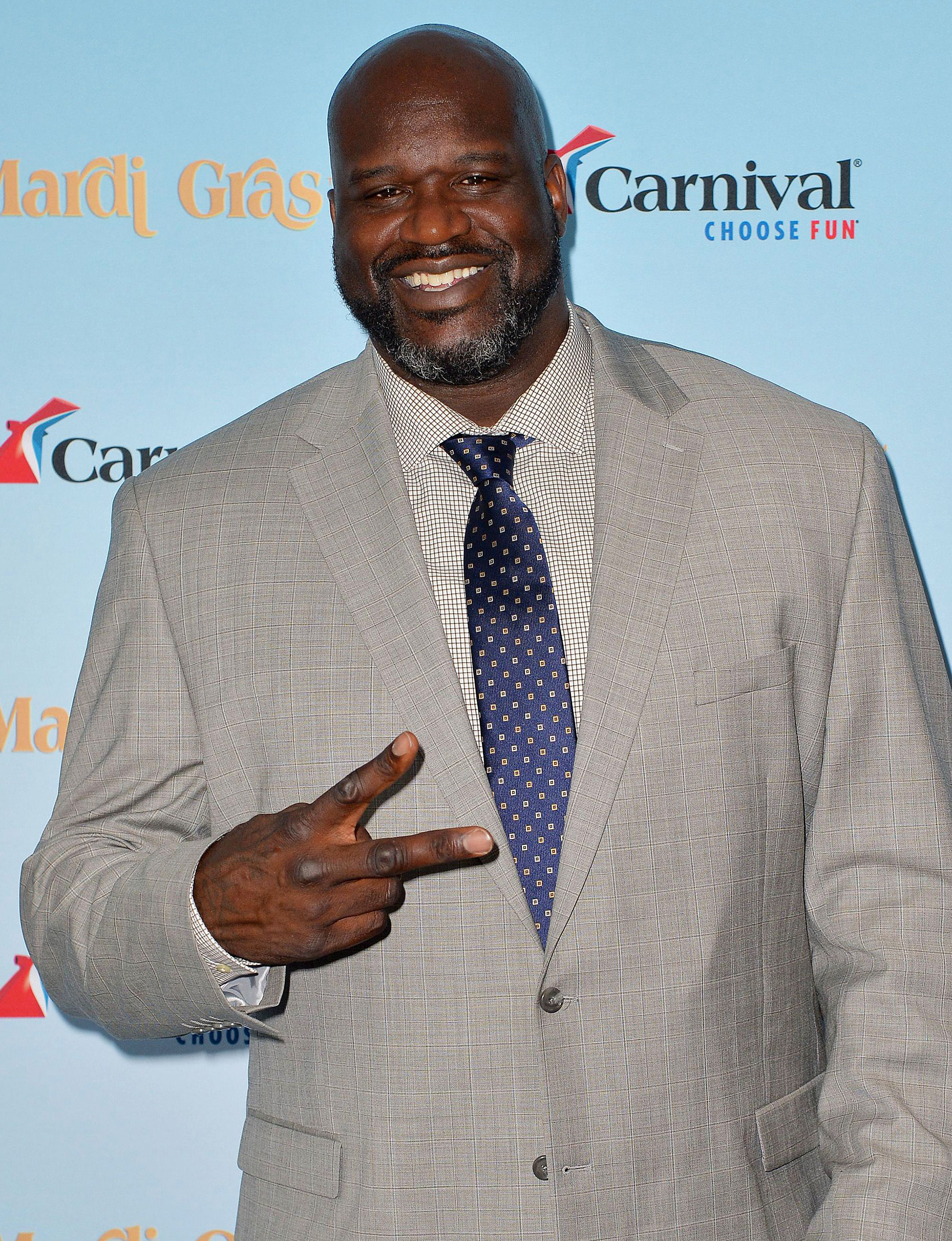 Shaquille O’Neal is rocking a new totally new look, but not by choice.

During TNT’s NBA pregame show on Tuesday, March 3, the former basketball pro showed up with a faint buzzed hairstyle with a receding hairline. As it turns out, the style was not by choice but happens to be the result of a bet he made with Dwyane Wade.

“Let’s just get it out of the way, America,” he said during the show. “I had a bet against one of my good friends D. Wade — Milwaukee versus The Heat. I said Milwaukee was going to win by 20 and The Heat won. And I said what do you want me to do, pay you? He said nah, you gotta let your hairline grow out we want to see your hairline looking like Kenny Smith.”

As a fair man who’s good on his word, that’s exactly what he did. All while appearing on national television!

The 47-year-old has always sported a completely bald look. Now we know why!

Naturally, the Internet came out in full force to tease the athlete. “Shaq’s hairline is clinging to life,” one Twitter user wrote. “#Lakers LeBron James out there nailing 3s almost as far back as Shaq’s hairline…” tweeted another one.

There were also a handful of meme-style videos that TNT tweeted out, from using windshield wipers on his foreheads to a red theater curtain opening on it.

The network also shared a clip of the retired basketball player saying he wanted to hear all the comments people had. “’Cause I look good. I don’t give a damn what y’all talking about,” he said. “I want to hear all the mean comments because I’m keeping it. It ain’t going nowhere.”