Two-year-old Arya Bilgin, from the Gold Coast in Queensland, Australia, is often confused for being twice her age due to her luscious locks that can be braided, put into pigtails, topknots, big curls and any adult hairdo. 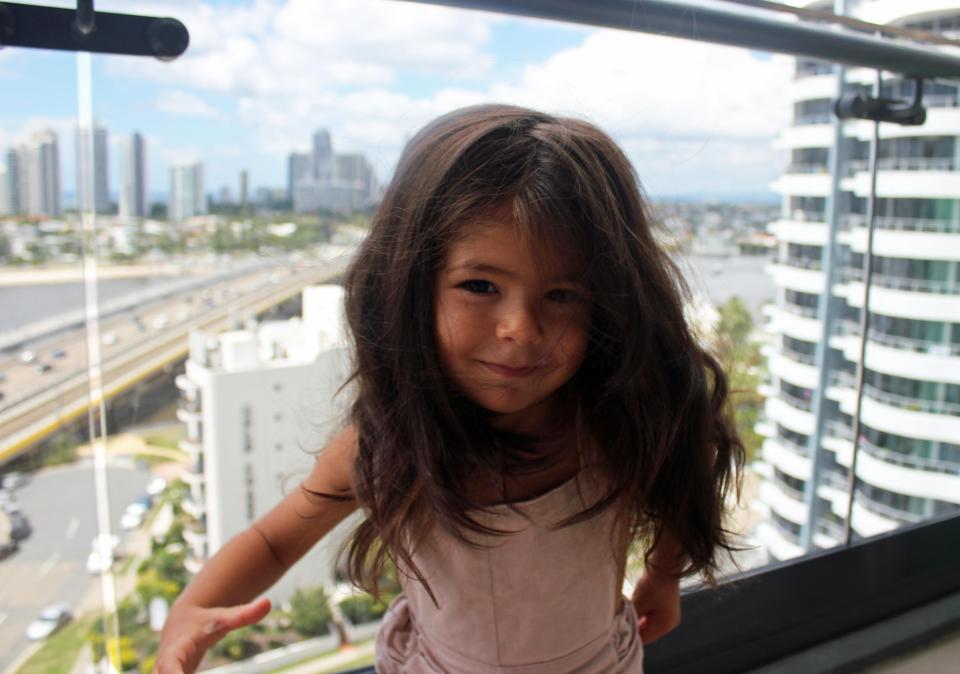 Shocked midwives had never seen such a big baby bouffant after she was born with a full head of hair that covered her ears and stood several centimetres off her scalp.

Parents Gonca and Oktay, 32 and 33, originally from Sweden and Germany, with Turkish Heritage, told how unlike other babies, their little girl’s hair never fell out and only continued to grow more rapidly.

Now it’s so thick and long that it extends below her shoulders and can be combed into a range of styles that leave strangers gobsmacked.

She’s been compared to variety of long-haired icons, from Rapunzel to a mermaid and furry Japanese toys called Monchhichi. 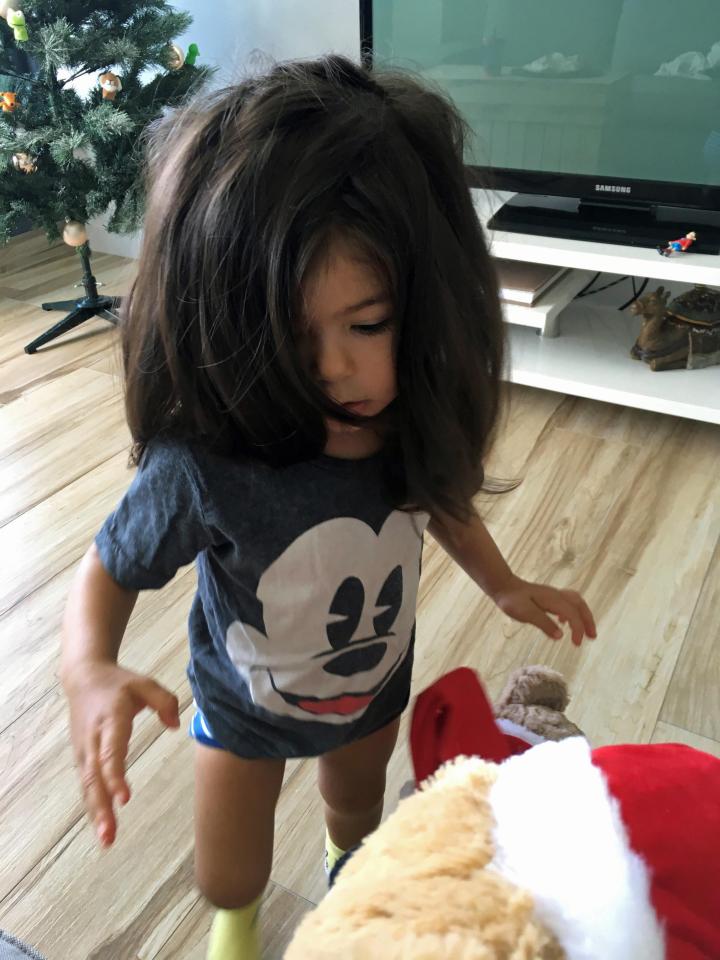 Following the endless attention, she was signed up by a modelling agency last month, who adore her “unique look”.

Gonca, a full-time mum-of-two, said: “She was born with a full head of hair and it’s continued to grow ever since.

“There were no bald spots or anything, it was all dark black hair, which has gone more-blonde now with natural highlights.

“It was a big surprise to me, I didn’t expect her to have that much hair; it was a big shock.

“Now when we brush her hair it goes down below her shoulders. It has grown so fast considering she’s only two years old – she is like a mini Rapunzel.

“We have nicknamed her our little mermaid and ‘Monchhichi’, which are Japanese small monkey plush toys that are very cute.

“It’s thick but soft like baby hair, and it’s so long that I’ve taken her to the hairdresser to do braids, a bun, a topknot, ponytails, pigtails, big curls, wavy hair and more. 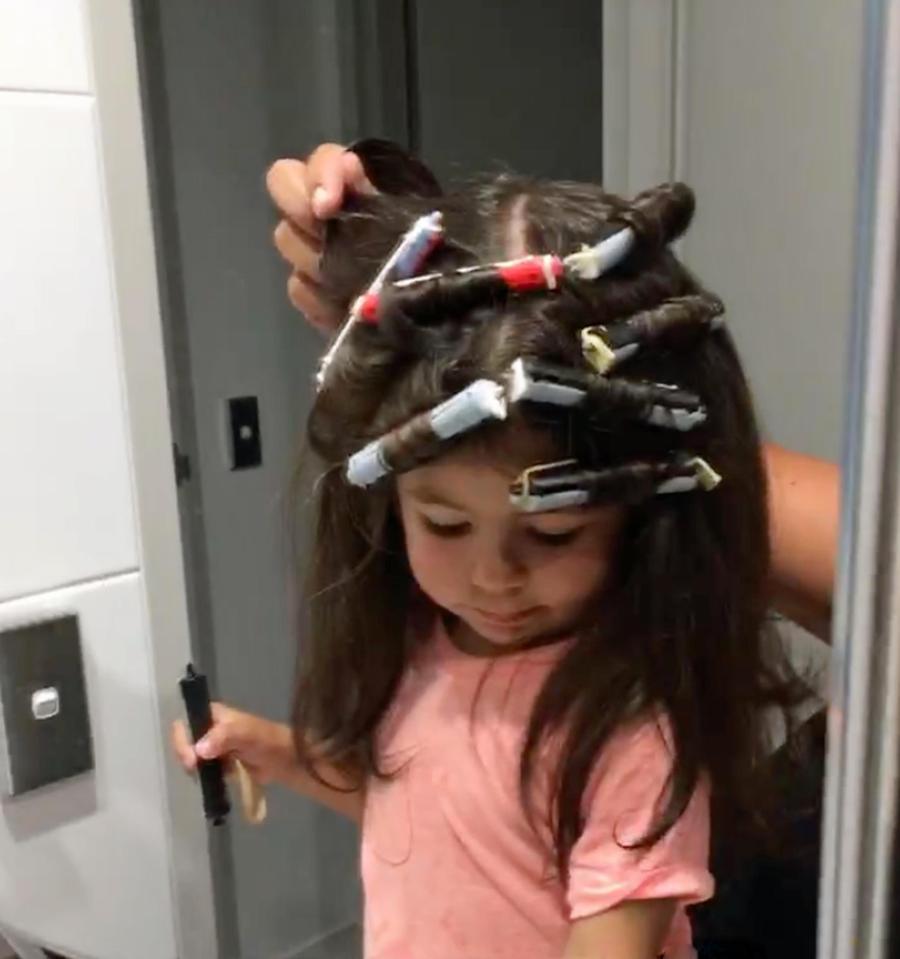 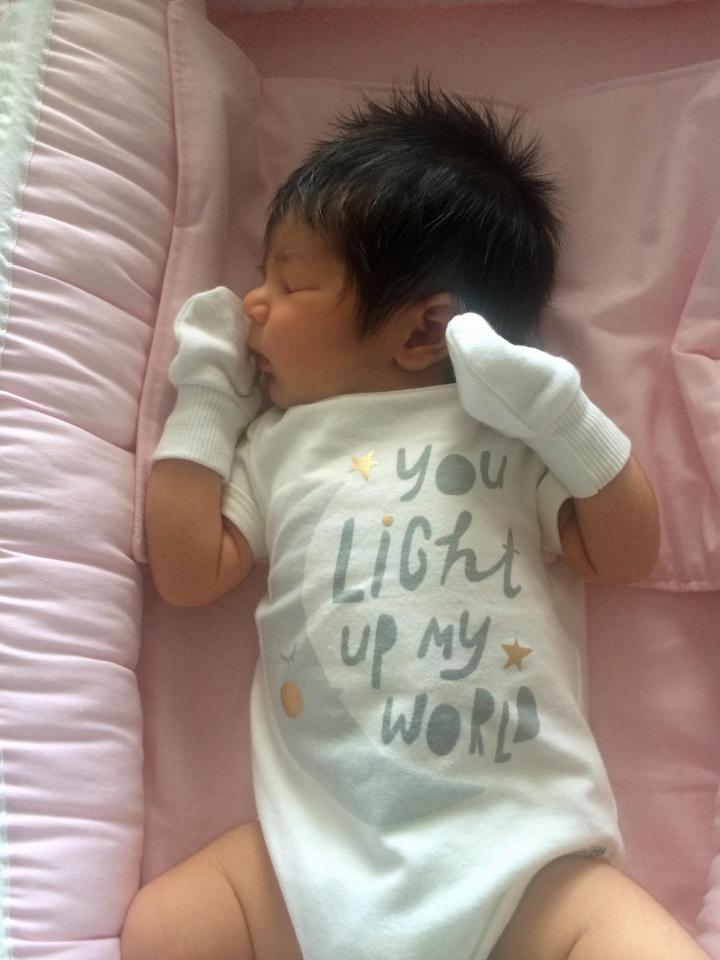 “The options are endless. She seems to have more hair than the average adult

“She draws a lot of attention – often people think she’s four years old because of how much hair she has and because she’s pretty tall too.

“A few weeks ago, we signed her up for a modelling agency. We know she will get jobs soon because she stands out so much.

“I would love her to be a model, and have beautiful photos taken so when she is older she can look back on all of these great memories.”

Despite mum Gonca being born with a lot of hair too, she says it was a complete shock seeing how much longer and thicker her daughter’s locks were. 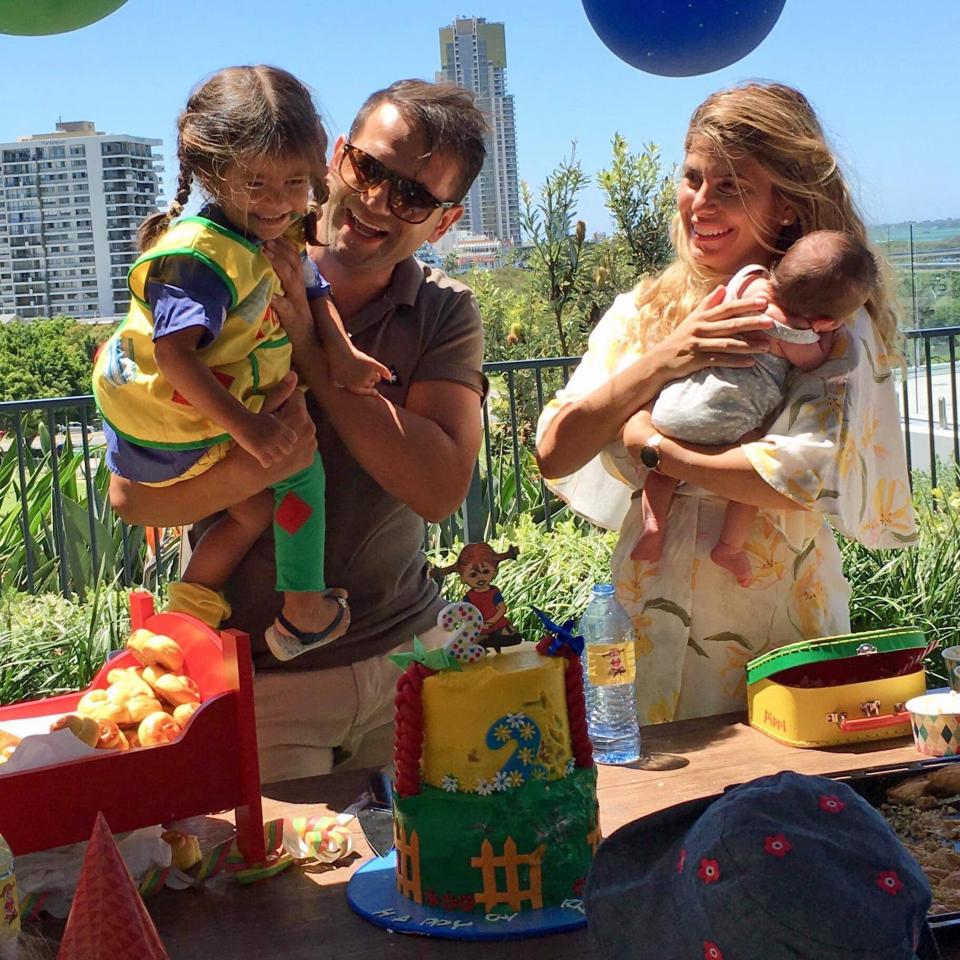 She said: “I remember my baby photos, I had a lot of hair, but she definitely has much longer hair than me.

“When she was born the midwives kept asking if I had heartburn, as it’s believed if you do, your baby will have lots of hair.

“She looked like a little Inuit because she had so much hair.”

Little Arya is yet to have her first haircut and unlike most babies, due to the length and texture of her hair, she needed it conditioning from a young age.

Her parents said they can’t go anywhere outside without being stopped by passers-by who adore their daughter’s big hair.

Gonca said: “We talk to nearly everyone on the street, everyone is so friendly. 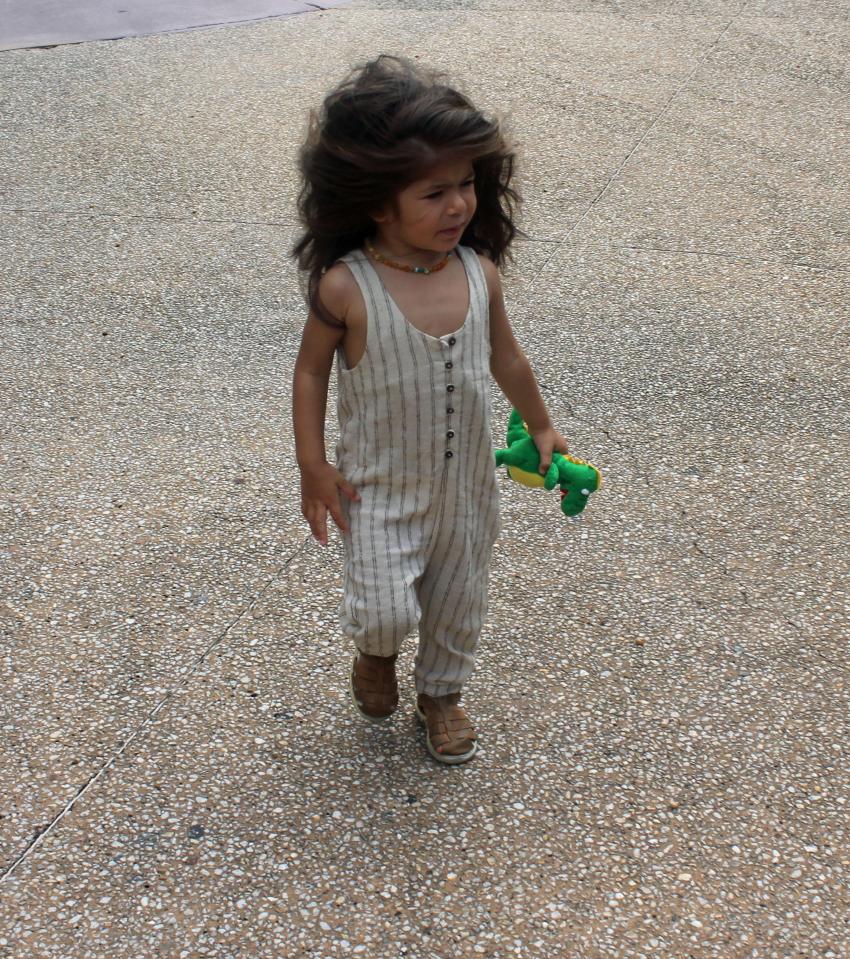 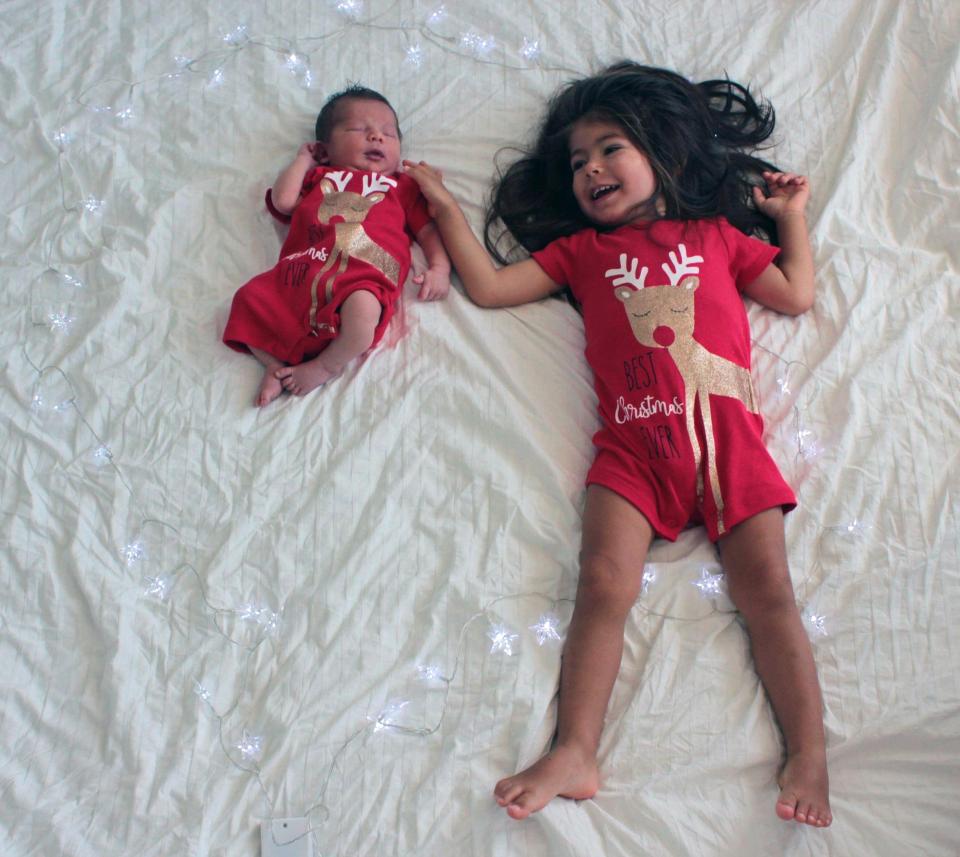 “She draws a lot of attention, adults often say that even they don’t have as much hair as she does.

“People tell us they are jealous or wish they had hair like her.”

Last year we told how a tiny eight-month-old baby had so much hair that people thought she was a doll.