Especially when the brand's bags can cost up to several thousand pounds a pop. 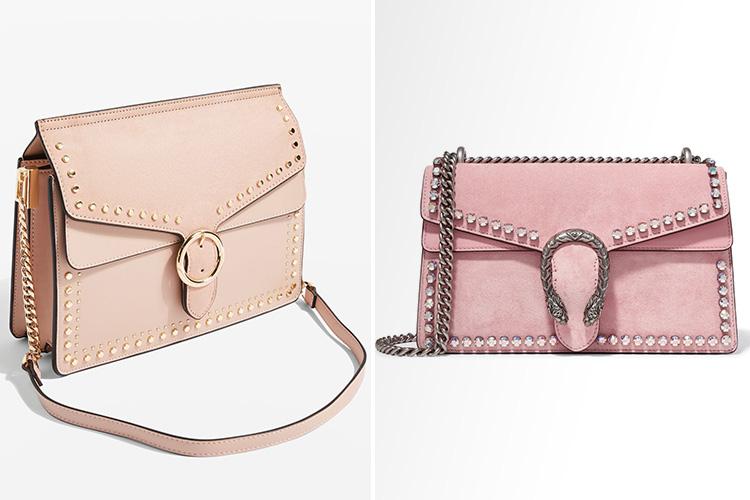 Gucci's Dionysus bag is a signature of mastermind Alessandro Michele who became Creative Director of the brand in 2015.

The bag comes in a hundreds of variations (a testament to just how extra Mr. Michele is) and has been worn by the likes of Beyonce, Rosie Huntington-Whiteley, Sienna Miller, Margot Robbie and Dakota Johnson.

We're obsessed with this dusty pink version that debuted earlier this year but at £2,880, it's a little out of the average person's price range.

All hail Topshop – the retailer has come through with a delightful designer double that will have people second guessing it in the street. 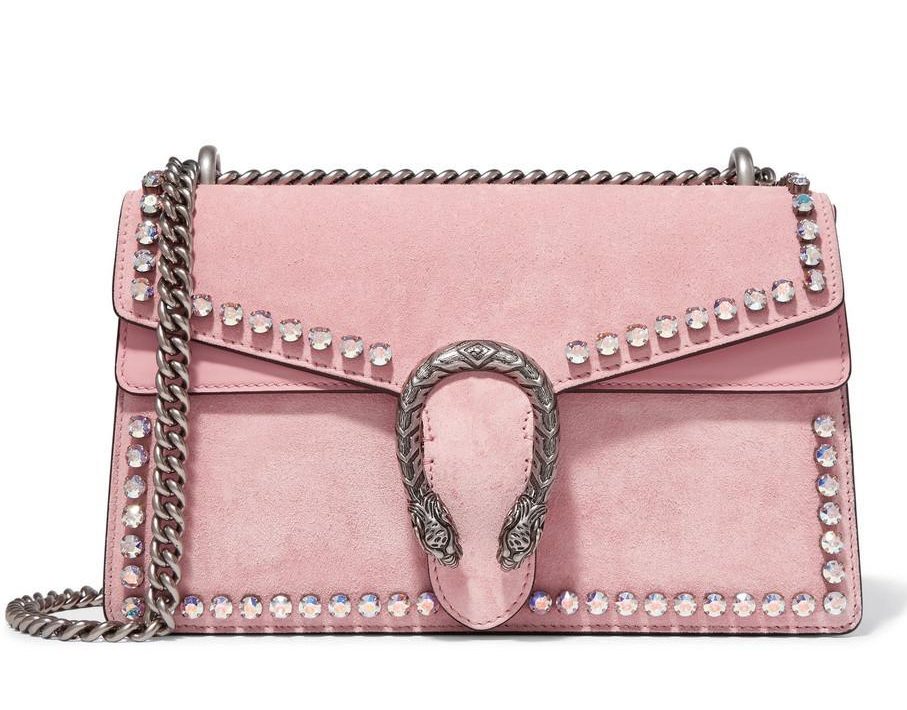 Gucci's version is crafted in Italy from soft suede, panelled with leather for support and encrusted with rows of iridescent crystals.

It's centred with the brand's signature Dionysus buckle that Michele pulled from the house's legendary archives.

The nifty number has a heavy sliding chain strap so you can wearing it at different lengths. 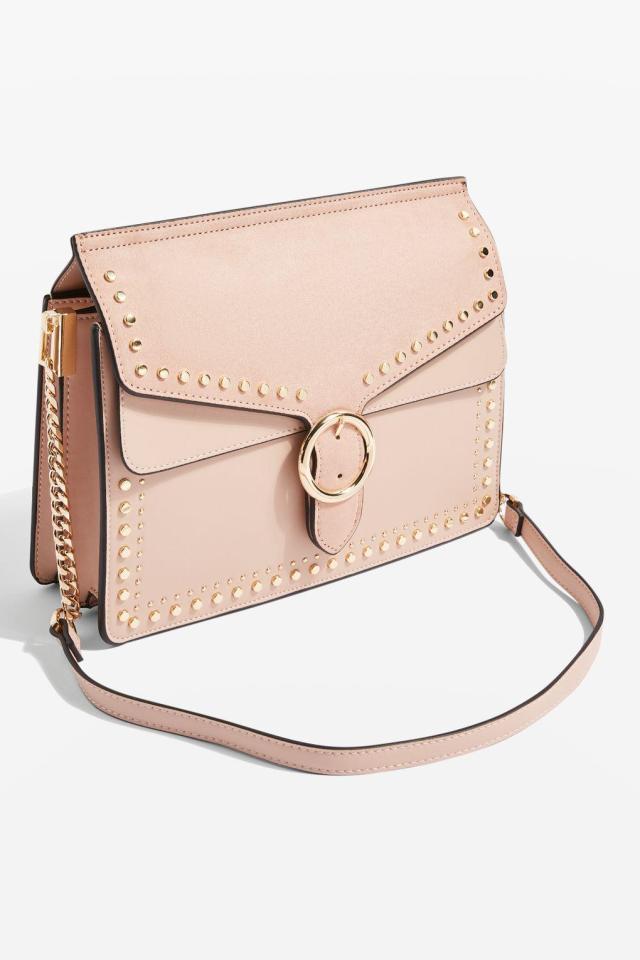 Topshop's version is made from faux leather in a similar beautiful blush shade.

It has a chain-trimmed strap and the same silhouette as the designer version. There are a few differences though: it has a circular buckle and is embellished gold studs instead of crystals.

But still, the fact that you could buy 70 of them for the price of Gucci's is really selling it for us.

These aren't the first Balenciaga lookalkes we've spotted on the high street.

Pilot are doing a pair of metallic silver boots that look just like the brand's £655 Knife pair – check them out.

If heels aren't you're thing, B&M are doing studded slides that look just like Valentino's pair hot off the catwalk.