The cake tins and cookie jars will be removed from shelves following complaints they perpetuate misconceptions about obsessive compulsive disorder (OCD). 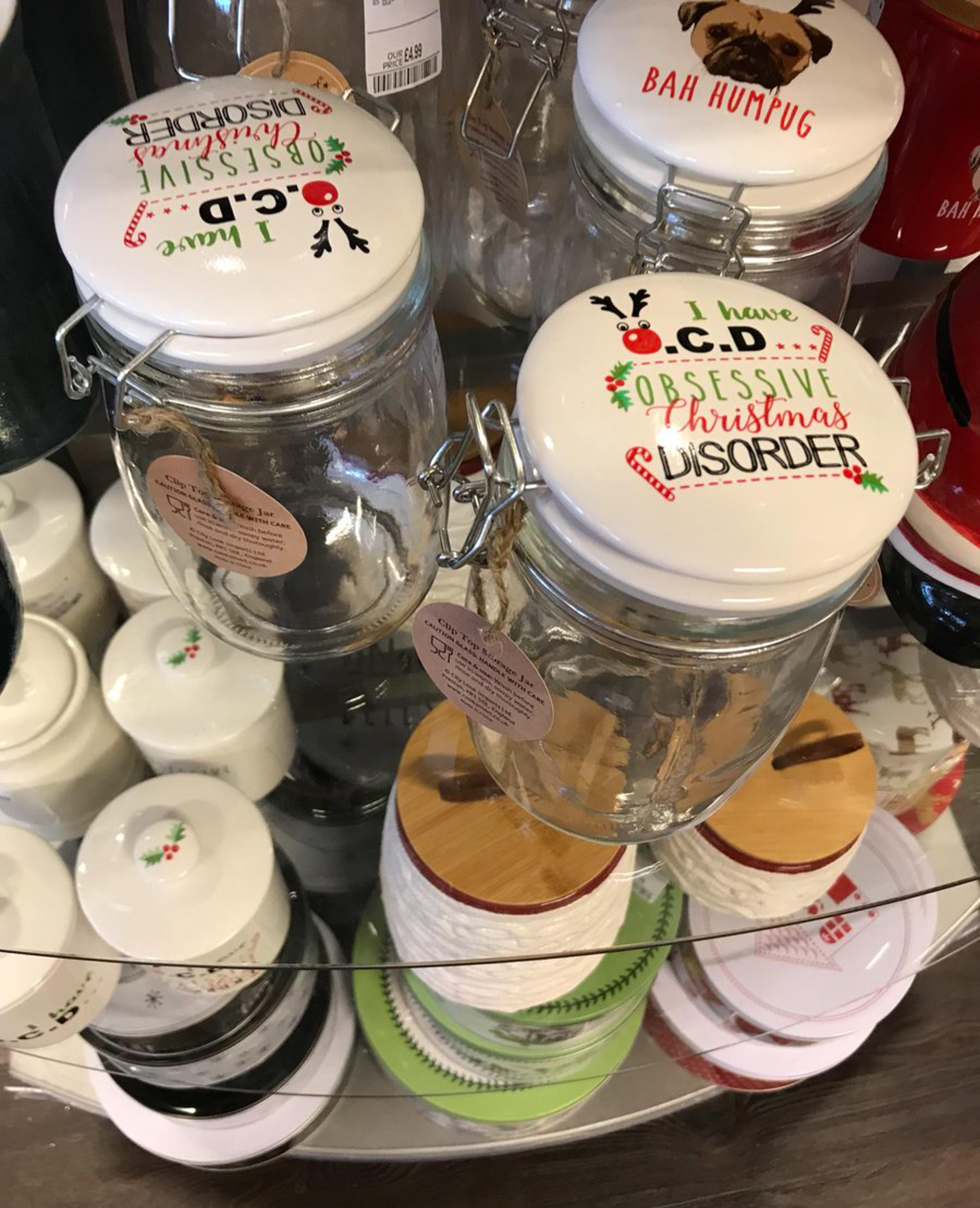 Campaigners had said that the range made light of OCD, which can ruin lives and leave people feeling suicidal.

It's characterised by frequent intrusive and unwelcome obsessional thoughts, with around 750,000 people in the UK estimated to suffer from the condition.

The 24-year-old said: "OCD is not a joke, it is a life consumed with fear and the inability to control your own thoughts." 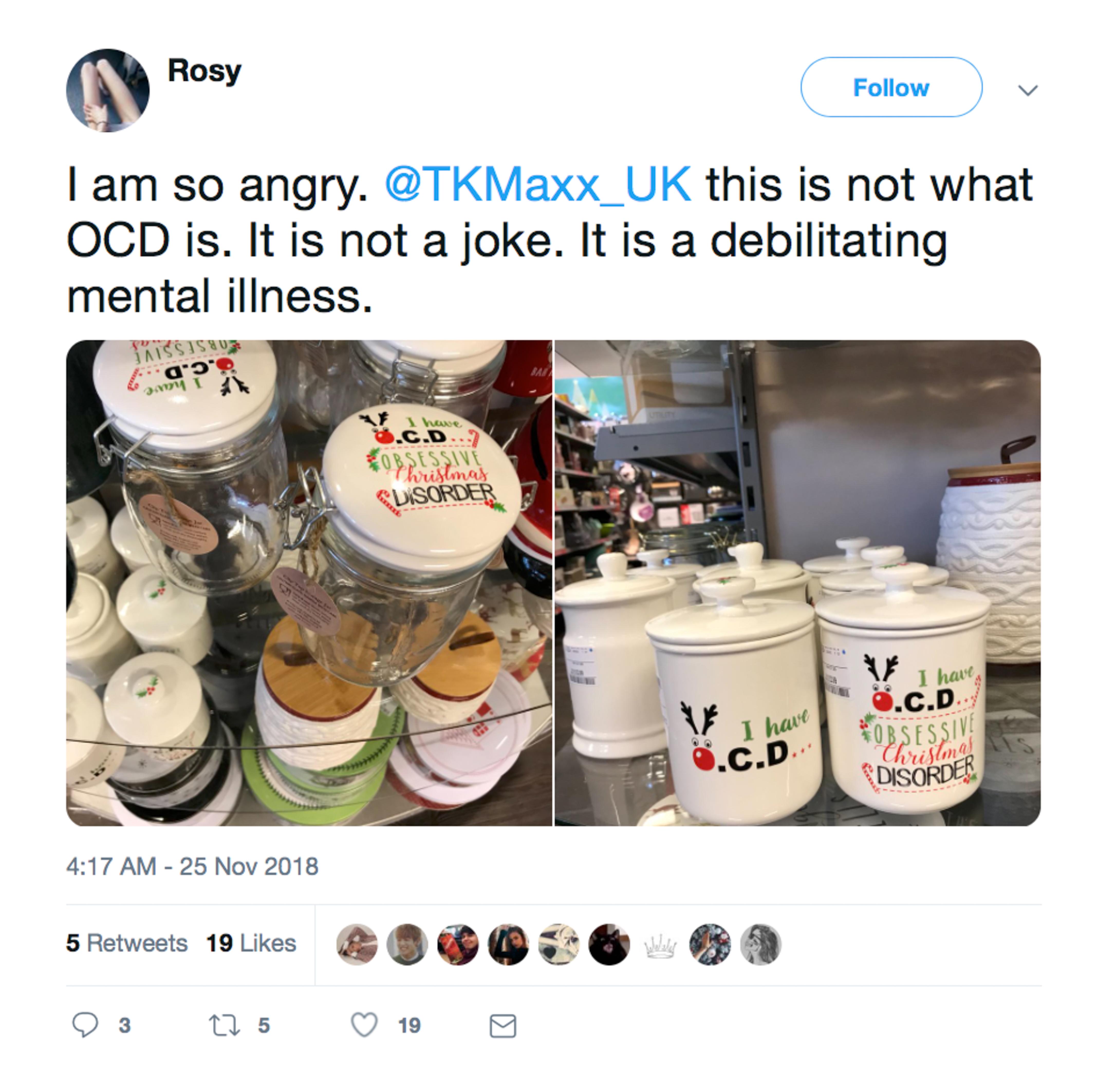 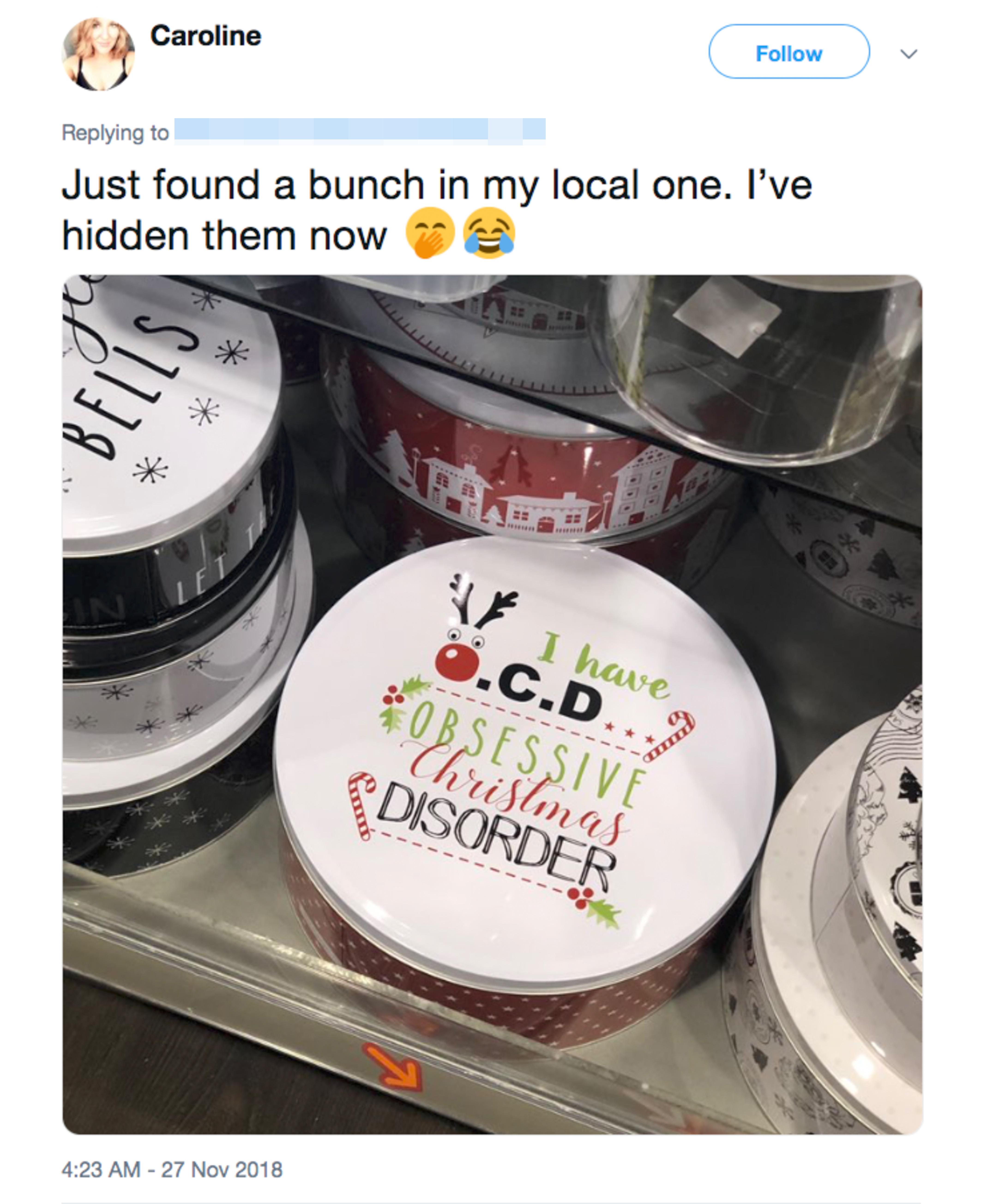 She added: "I have suffered with OCD from the age of seven and on a daily basis I am left feeling exhausted, powerless and weak.

"The glamorisation of mental illness really bothers me because in reality there is nothing fun, quirky or cool about it.

"At some point, it became socially acceptable and trendy to use OCD as an adjective.

"It’s offensive to people suffering with OCD because every time OCD is misused people believe it and the trend continues.

"It stops people gaining access to treatment and makes them think they can't talk about it – because society continues to laugh at it." 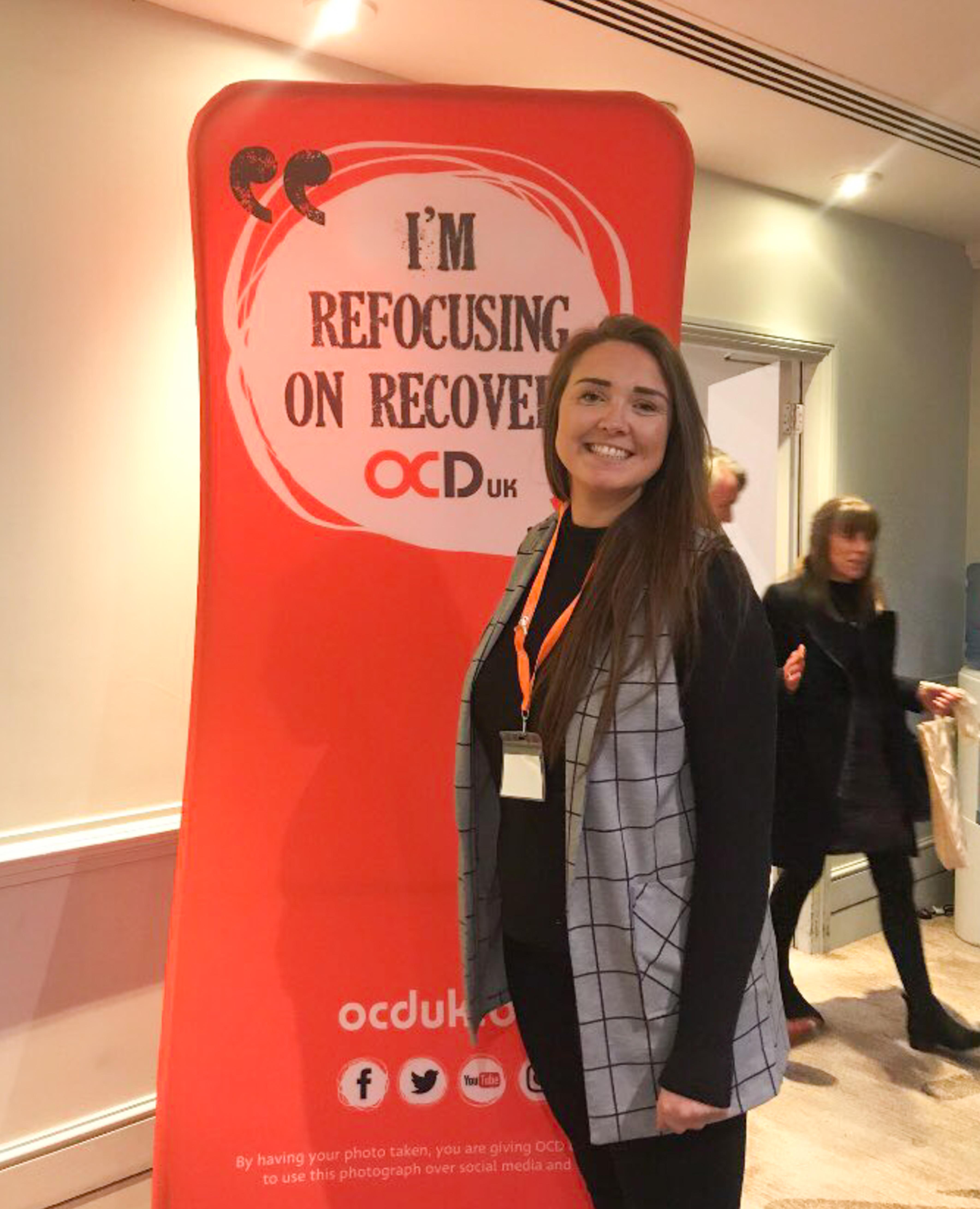 Sarah – who works as a receptionist – said she's had to challenge online retailers over these products in the past.

She added: "Although I had a mixed response, I managed to get several products taken down.

"I welcome TK Maxx’s decision to review the products and I respect their efficient response."

Another sufferer said she saw the pieces for sale in the St Helen's branch of TK Maxx on Saturday.

Laura, 40 – who has lived with the illness for 30 years – said: "It's making light of something that I feel is not a light thing.

WE PAY FOR YOUR STORIES!

Fabulous Online is always on the lookout for jaw-dropping, tear-jerking and heart-wrenching stories to feature.
Join our Facebook group or email us to make £££s by sharing your story.

"I realise it's a pun on words and I don't blame TK Maxx or other retailers because it's a lack of education about an illness that can be serious and can actually lead to suicide.

"You see it on television programmes that make out people with OCD are happy to have it because they love cleaning but for the majority of people it's a debilitating disease that ruins their lives.

"I've thought I was better off not being alive than to carry on with it so when I see things like this that trivialise it upsets me.

"I've seen that TK Maxx has responded to the charity OCD UK and I'm happy with that. I don't feel like they did it on purpose. It's just a misunderstanding of what it means to people." 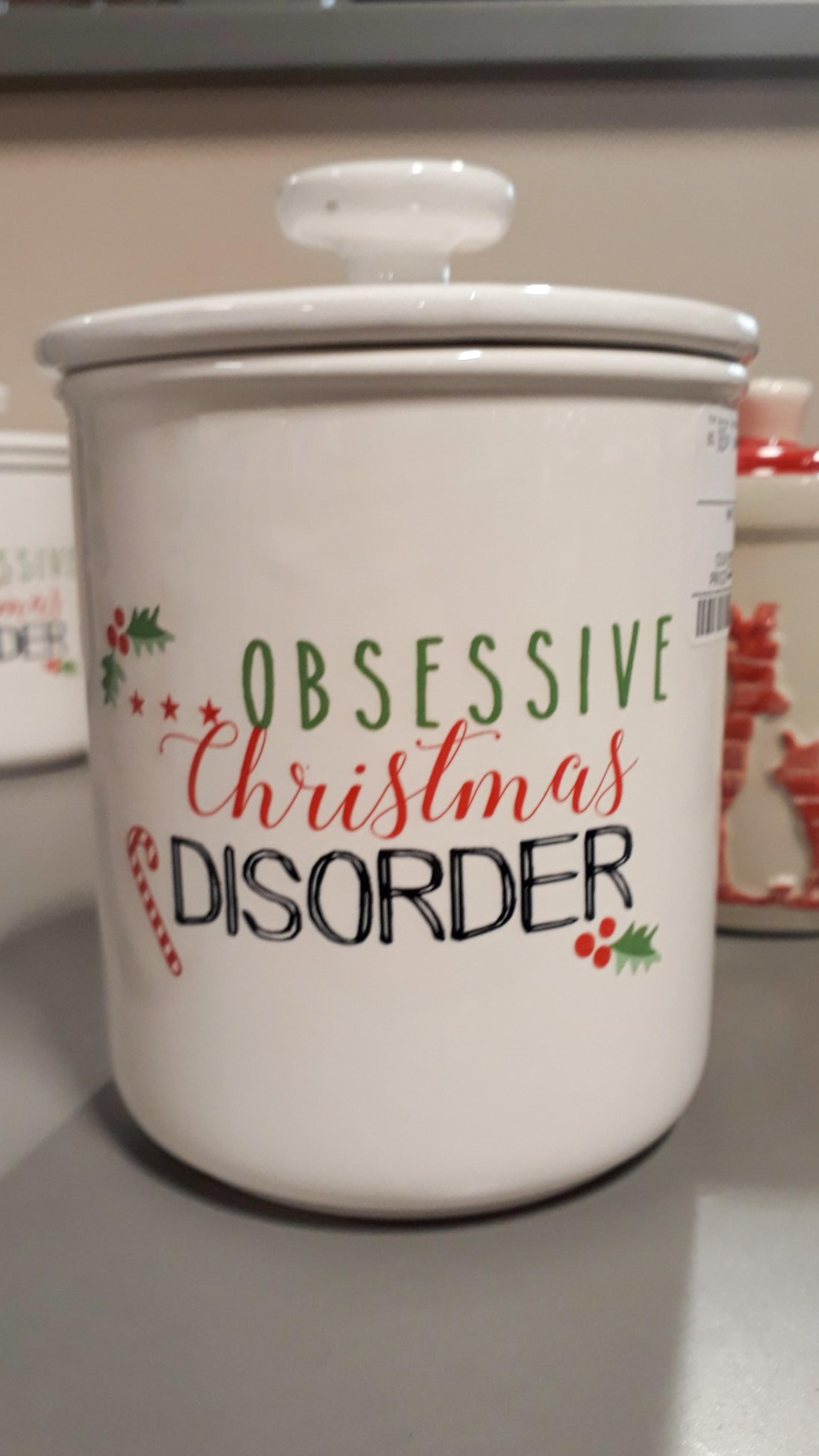 Ashley Fulwood – chief executive of OCD-UK – said they've had similar issues with a number of retailers over the last two or three years, and praised TK Maxx for responding so quickly.

Ashley said: "There are two issues – one is that it trivialises it and the second is that it fuels these misconceptions of OCD being something quirky.

"It fails to recognise that the 'D' in OCD stands for disorder.

"It's not just a case of us being easily offended. People fail to realise how severe it can be.

"It destroys lives, relationships, careers and sadly we have tragic consequences of people taking their own lives. 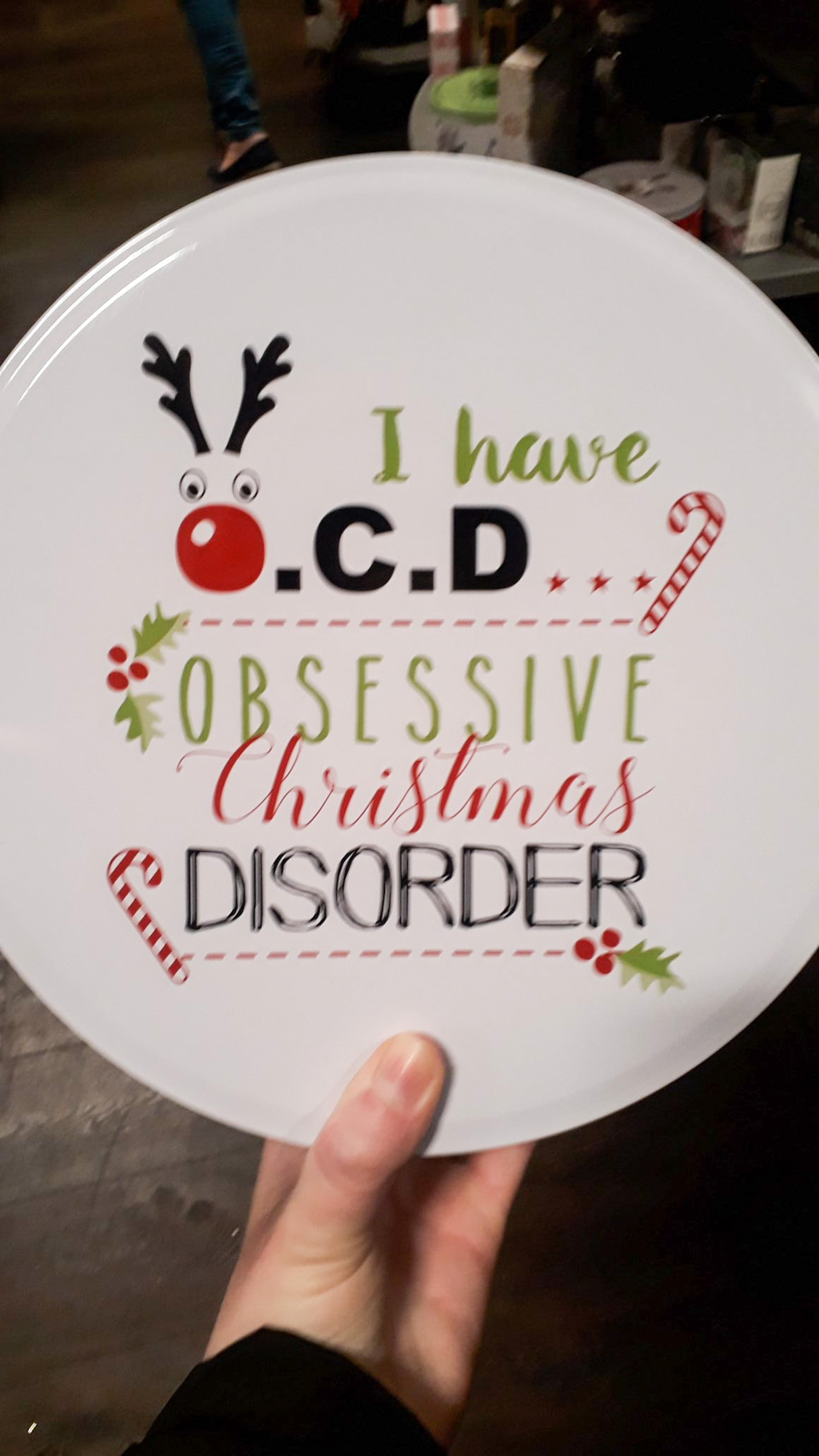 "As the awareness of OCD has grown the trivialisation has grown. It's a problem across society in general. We need to be careful about what we say. I accept people make mistakes and TK Maxx have acknowledged that."

A spokeswoman for TK Maxx said: "At TK Maxx we take our customers' concerns very seriously and appreciate that these items were brought to our attention.

"It is never our intention to cause offence and as soon as we were made aware of the concerns, we initiated a process to remove these items from sale."

Meanwhile, Primark is selling matching Christmas pyjamas for the whole family featuring Rudolph – and they're priced from £11.

Mrs Hinch has shared a brilliant hack for hiding bauble string after decorating her Christmas tree.

And Phillip Schofield predicts what THE toy of Christmas 2018 will be on How To Spend It.