Throughout the tournament we were blinded by the bling belonging to both Portugal ace Cristiano Ronaldo's girlfriend, Georgina Rodríguez, and England goalie Jordan Pickford's squeeze, Megan Davison, as they flashed engagement rings. 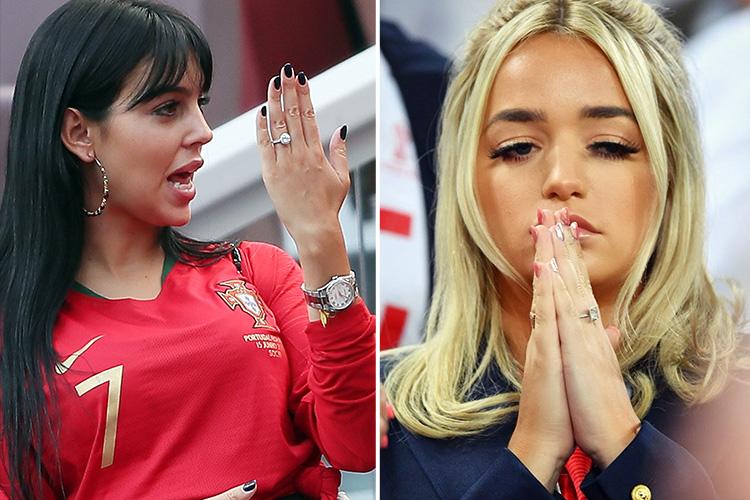 While dates haven't been set yet, excitement is building over their nuptials, with both destined to be fantastically lavish events.

Ronaldo is worth a staggering £300m and Pickford a cool £30m, so it's highly likely no expense will be spared for the couples' dream day.

Rachel Southwood, founder of Wedding Ideas magazine, predicts that whatever happens on the day, both will be featured in glossy magazines. While she thinks Pickford and Megan's nuptials will go into OK! or Hello, Ronaldo and Georgina – who is a high fashion model – will have their sights set on Vogue.

So what can we expect from their big days? 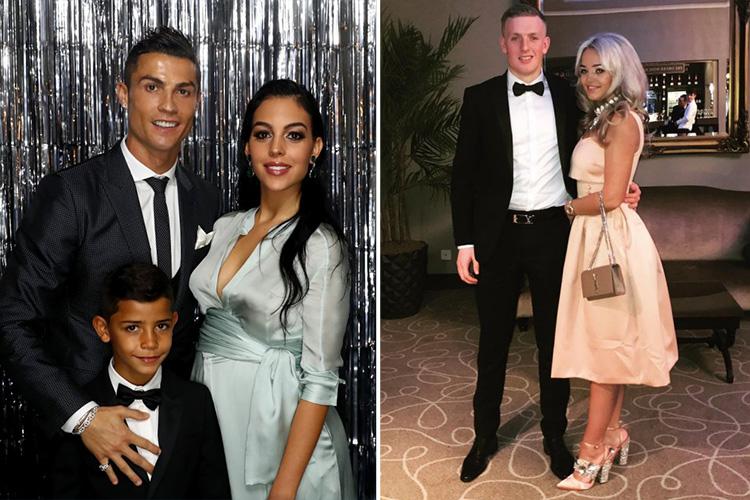 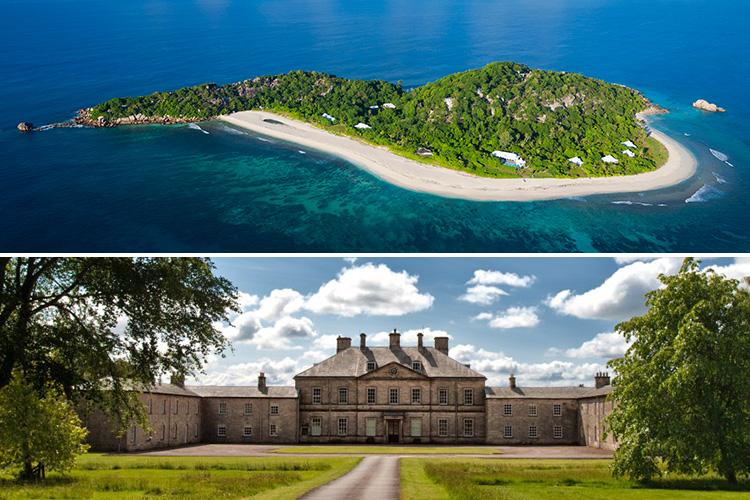 The Ronaldos: According to Hamish Shephard, founder of wedding app Bridebox, it's likely Ronaldo will get married on the stunning Portuguese island of Madeira – where the forward is from.

"He's a local hero there, and has been very philanthropic towards the people who live on the island," he says.

"I see them having a coastal cliff-side wedding – the island has the perfect mix of beauty and being secluded."

Georgina would no doubt be pleased with their choice, given how much she enjoys posting pics of herself on the beach and by the sea. 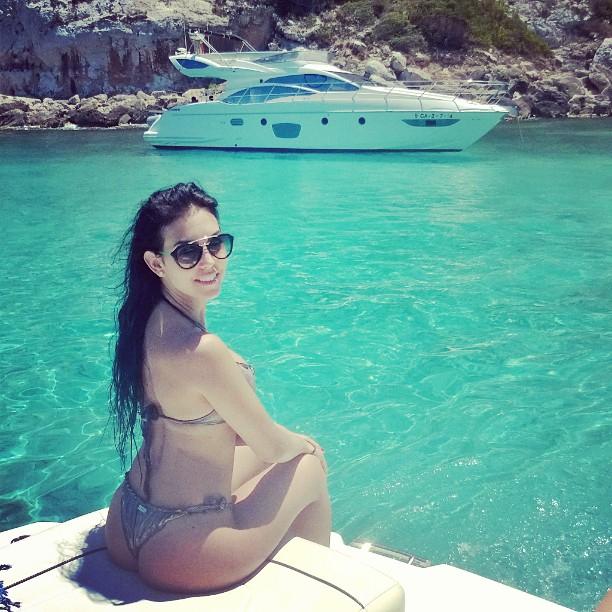 The Pickfords: The childhood sweethearts met while at school in Washington, Tyne and Wear.

Although the pair now live in wag paradise, Cheshire, after the goalie moved to Everton, they're both homebirds, with Megan choosing to study at nearby Sunderland Uni. 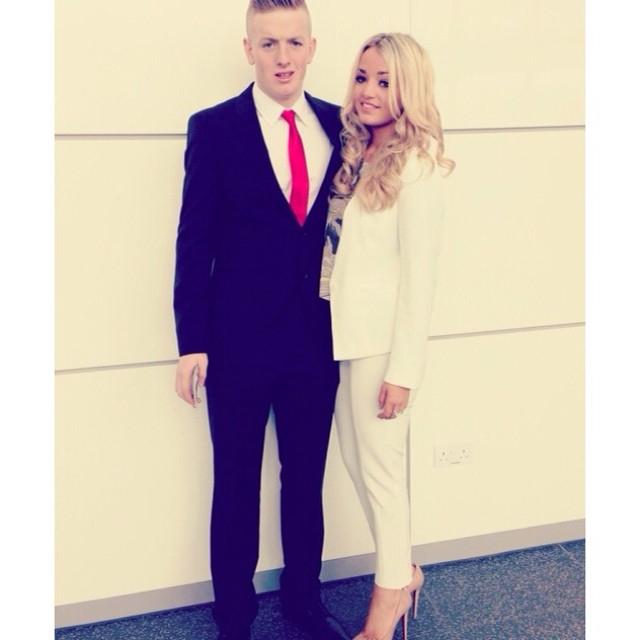 "It's likely they could have their ceremony and reception in the North East", says Hamish.

"They've been together since they were 14 and have the same group of friends from the area – and their families still live there too, so I think it'll definitely be near Washington."

They might opt for Northumberland's fancy Grade 1 listed stately home Capheaton Hall, 25 miles away or the impressive Whalton Manor Gardens, a 40-minute drive, or Eshott Hall, a 17th century country home in the area. 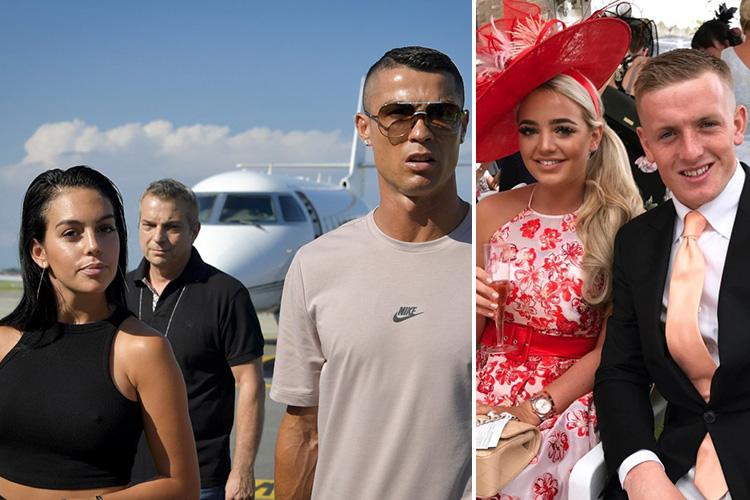 The Ronaldos: A traditional Catholic ceremony is on the cards for this pair and Hamish predicts that it will be followed by a "three-day spectacular".

"When they have celeb pals such as Rihanna flying in by private jet from Miami or Barbados, they're not going to just jet in and out for one day.

"I can see Georgina and Ronaldo having a three-day event, including lavish meals and an after-party the day after their ceremony.

"Harry and Meghan's Royal Wedding cost £32m, partly due to the vast security costs – and with Ronaldo being so famous and having so many A-list guests present it's likely they will spend close to this amount."

Hamish adds that a lot of the wedding will be planned with Ronaldo's massive 136m Instagram following in mind, "with small touches such as asking all the guests to wear white."

And Rachel says the tone will be serious and controlled owing to the high-profile guests.

The Pickfords: This wedding, in contrast, will be a lot more intimate and family-focused – and be a more raucous affair with loads of dancing.

"I'd imagine a one-day event, and as many guests will live nearby they'll just take taxis home.

"I see there being a lot of children running around there due to the family element," adds Hamish. 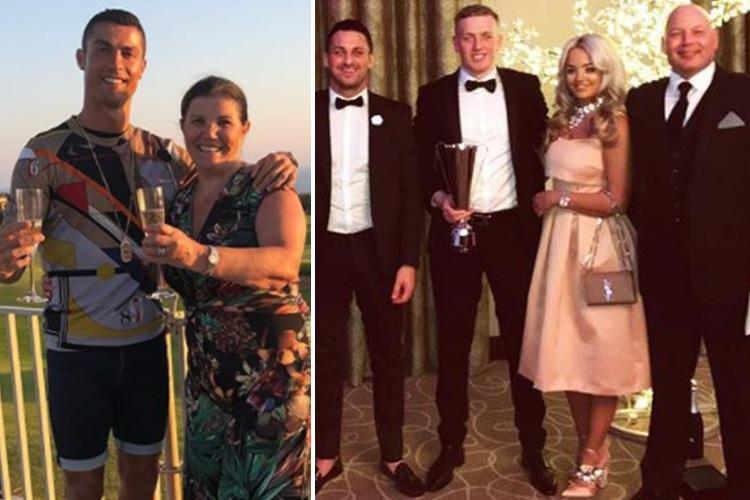 The Ronaldos: Georgina has lived in many different places round the world from San Sebastian to Bristol, and is reportedly not close to her family.

However, she has found a new family with Ronaldo's mother Dolores Aveiro who has praised her son's choice.

The footballer might choose either brother Hugo or pal Ricardo “Ricky” Regufe – who he has known since 2003 and describes as his 'confidante and adviser' – as his best man.

With four young kids, including Ronaldo Jnr, he's spoilt for choice when it comes to flower girls and page boys. 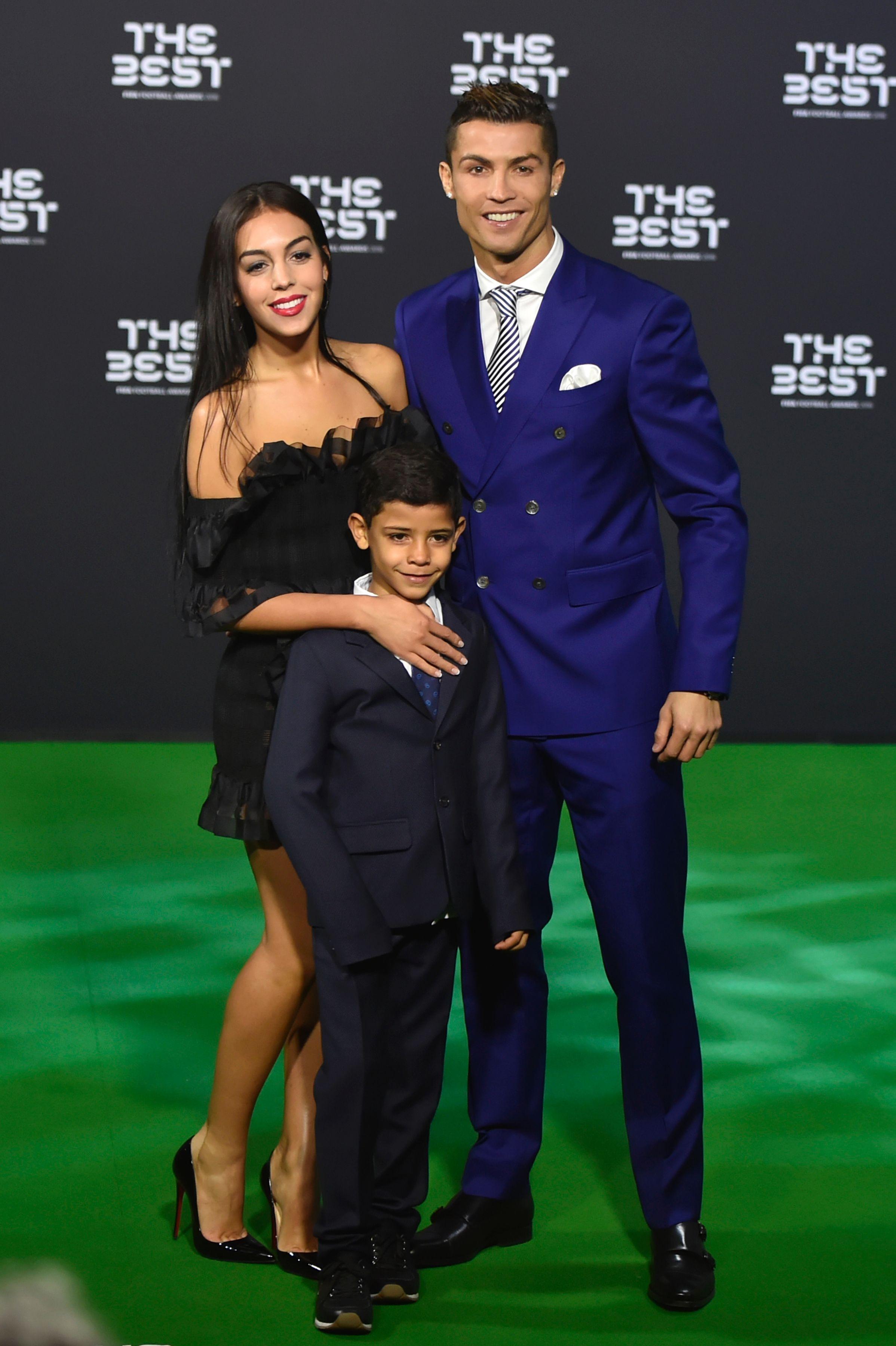 The Pickfords: The couple are extremely close to their families with Jordan's dad videoed proudly cheering his boy on from home during the World Cup.

Pickford partly credits his brother Richard for his football success, after the pair kicked balls about as children.

And Megan will have plenty of female friends to choose from for her bridesmaids – she's still close to her school and uni pals. 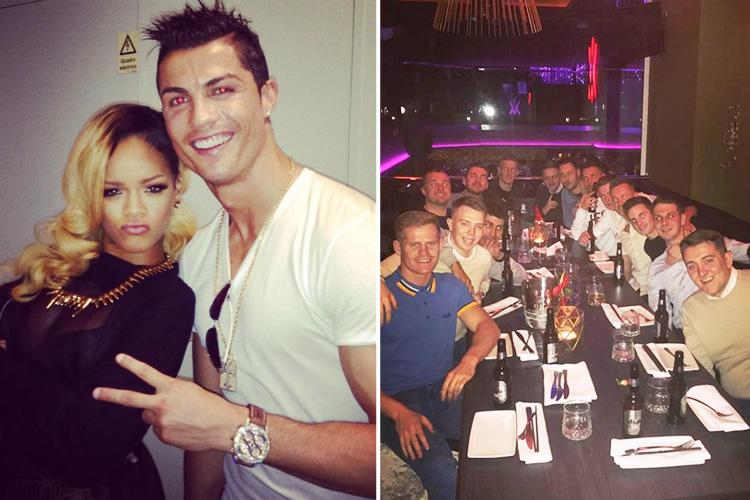 The Ronaldos: Expect hundreds of guests – many of whom will be A-listers – say our wedding experts.

Ronaldo is always rubbing shoulders with other celebrities, including Jennifer Lopez, Rihanna and the Beckhams, so could they make the guest list? 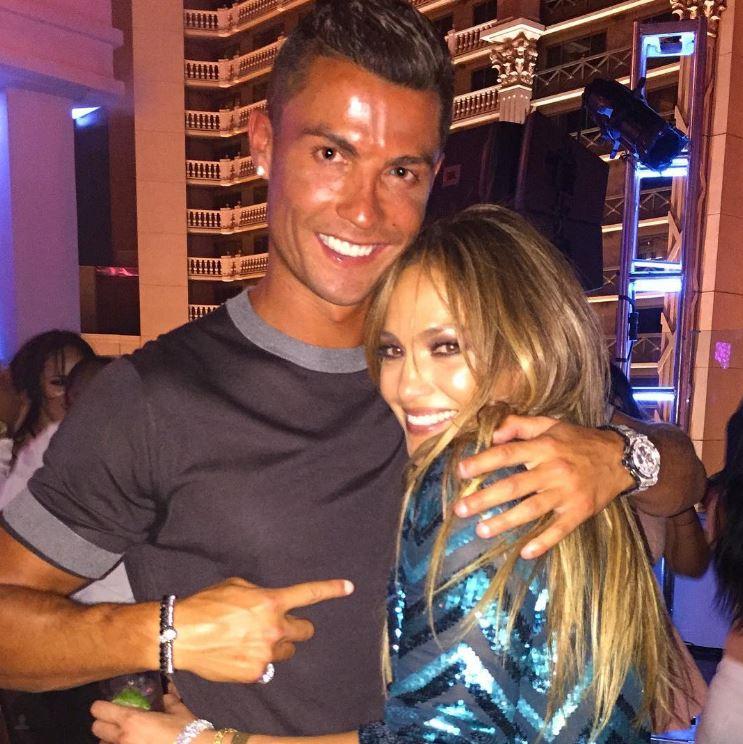 The Pickfords: After a brilliant summer of lads' bonding, perhaps Jordan's new England pals, such as Harry Kane and Marcus Rashford and their wags, might get the nod.

Rachel anticipates some reality TV stars attending too, the couple famously enjoy watching reality TV together, so who knows – the Real Housewives of Cheshire could make an appearance.

The pair have a close set of pals but big families so Hamish anticipates they will have around 100-120 guests. 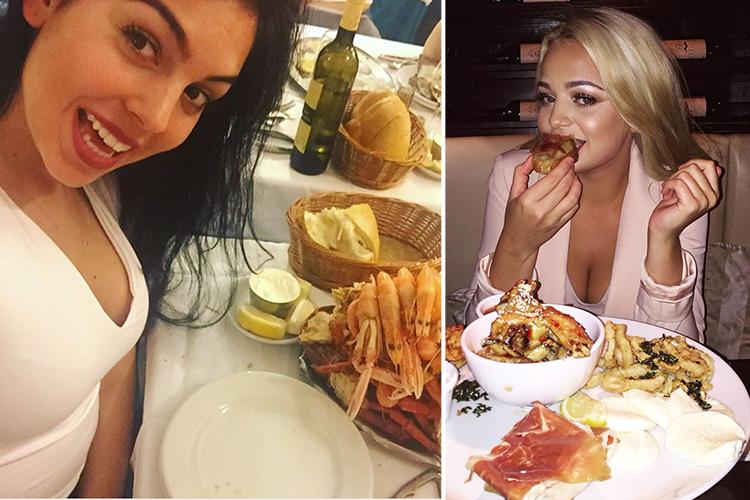 The Ronaldos: You don't get a body like Ronaldo's without dietary discipline so expect nutritious fare here. He reportedly has six small meals a day that include tuna rolls, green veggies, and salad with chicken.

And his slender fiancé has previously uploaded snaps of herself tucking into a pile of prawns to her 6.5m Instagram followers. 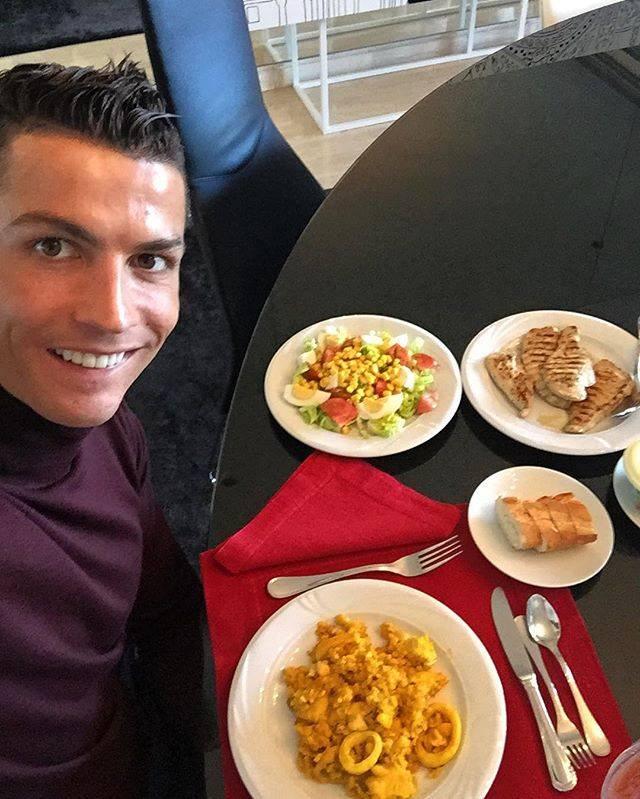 Their meal could also have a nod to Ronaldo's Portuguese heritage – the Juventus striker's favourite food is thought to be Bacalhau à Brás – a traditional dish made from shreds of salted cod, onions, and fried potatoes.

Dessert might be fried dough churros as Georgina, who was born in Buenos Aires, Argentina, loves them. 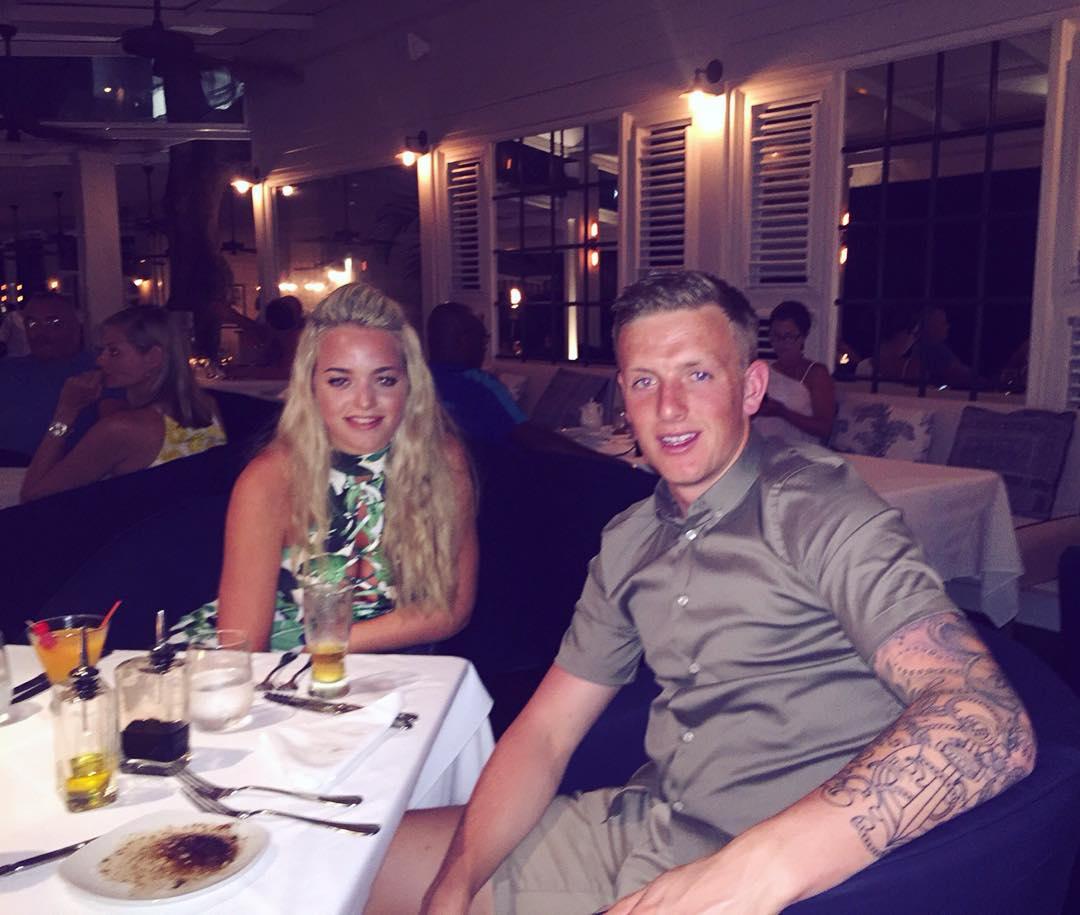 Jordan and his childhood sweetheart love to eat outThe Pickfords: In contrast to the future Mr and Mrs Ronaldo, Jordan and Megan are both junk food fans.

Jordan has tweeted that he loves doner meat mixed with garlic bread and cheese.

He also loves "classic pizza" and has described going round his gran's for dinner as "the best" due to her serving up gammon and chips.

Both Megan and Jordan are fans of Nando's and with the chicken chain saying they've got him covered after his impressive World Cup display. Could piri piri be on the menu? 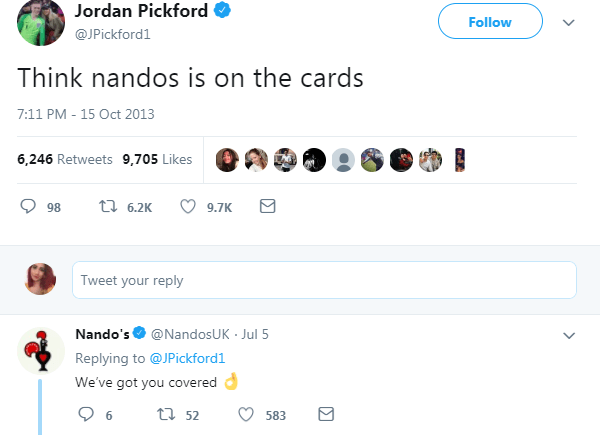 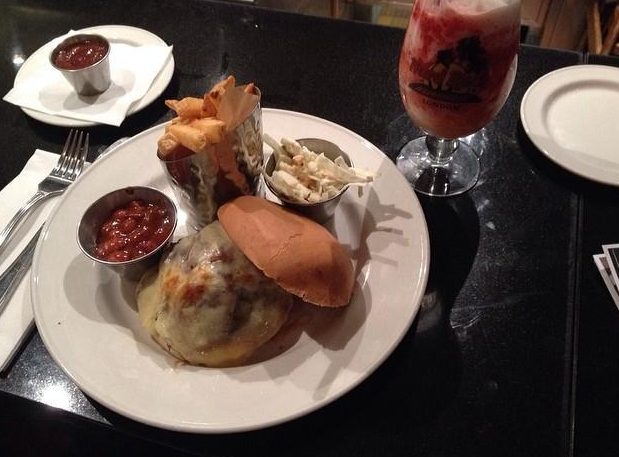 "Barbecues are very popular at weddings now," says Rachel. "I could imagine Jordan and Megan having a fuss-free one – and chicken nuggets and burgers will surely feature."

And with all that cash, you'd expect both couples to put on a free bar.

According to Hélio Loureiro, who is the cook of the Portuguese national football team, Ronaldo "enjoys fine wine with good food. A good wine to celebrate a good win” – and his native country is famous for producing delicious vino.

Megan is often snapped with a cocktail in hand – so her and Pickford are more likely to have a spirits-based bar. 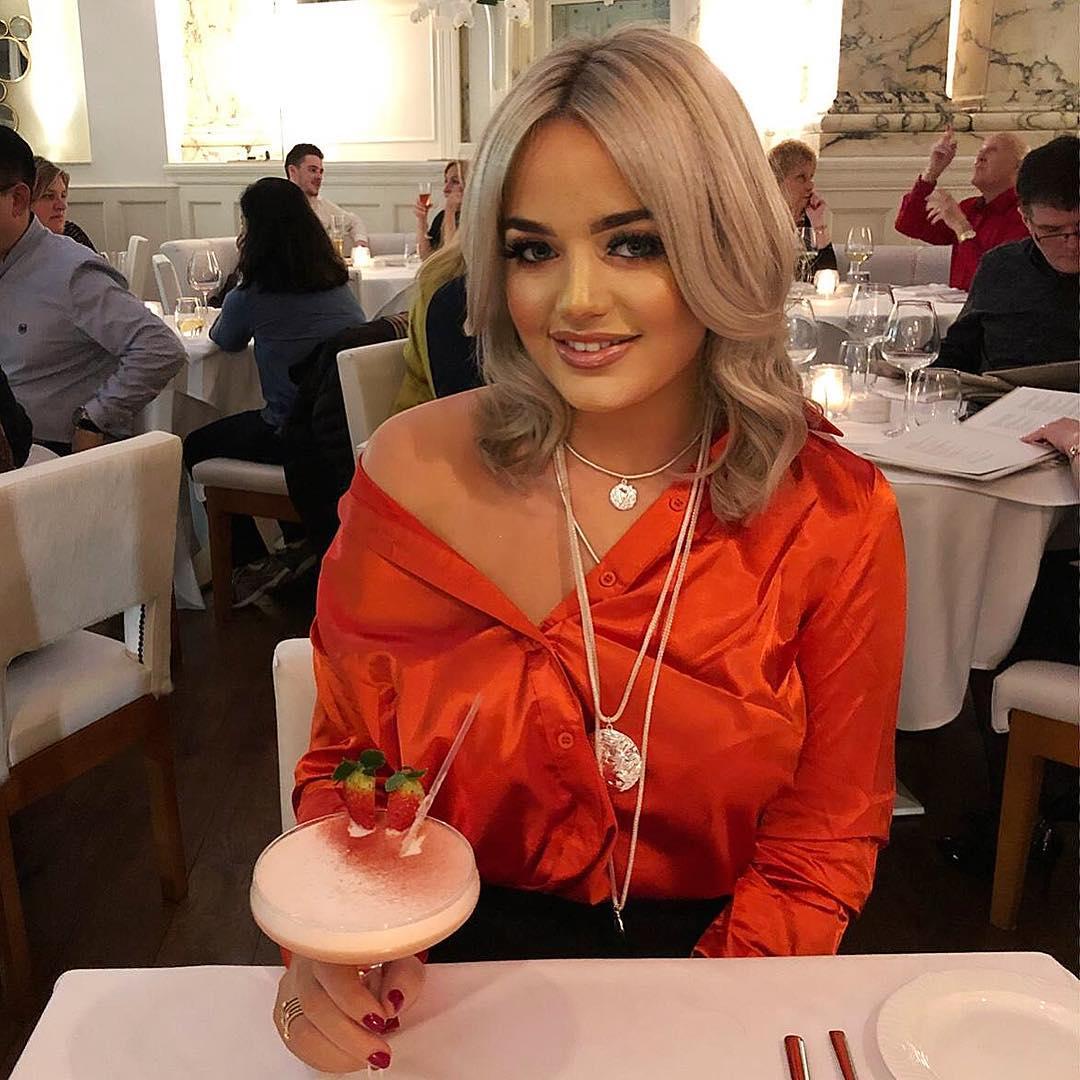 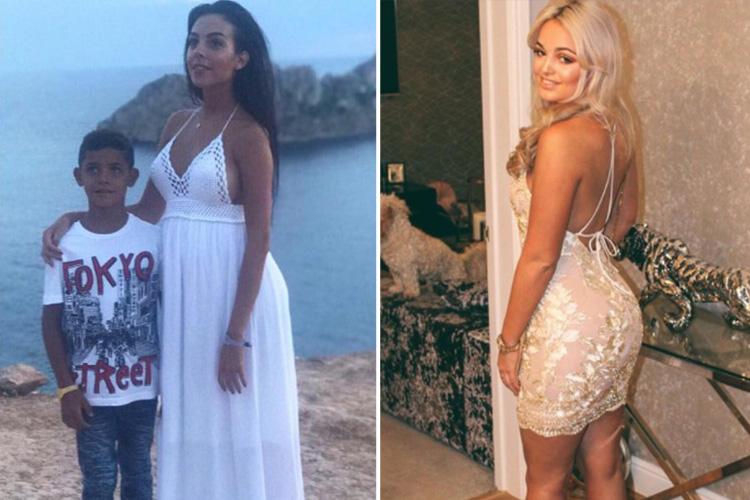 Georgina: As a former shop girl, Georgina has an eye for fashion.

She is often spotted wearing high-end clothes by Dolce & Gabbana, Gucci and Chanel – and it is very likely, according to Hamish, that she will have at least two costume changes on her wedding day alone. 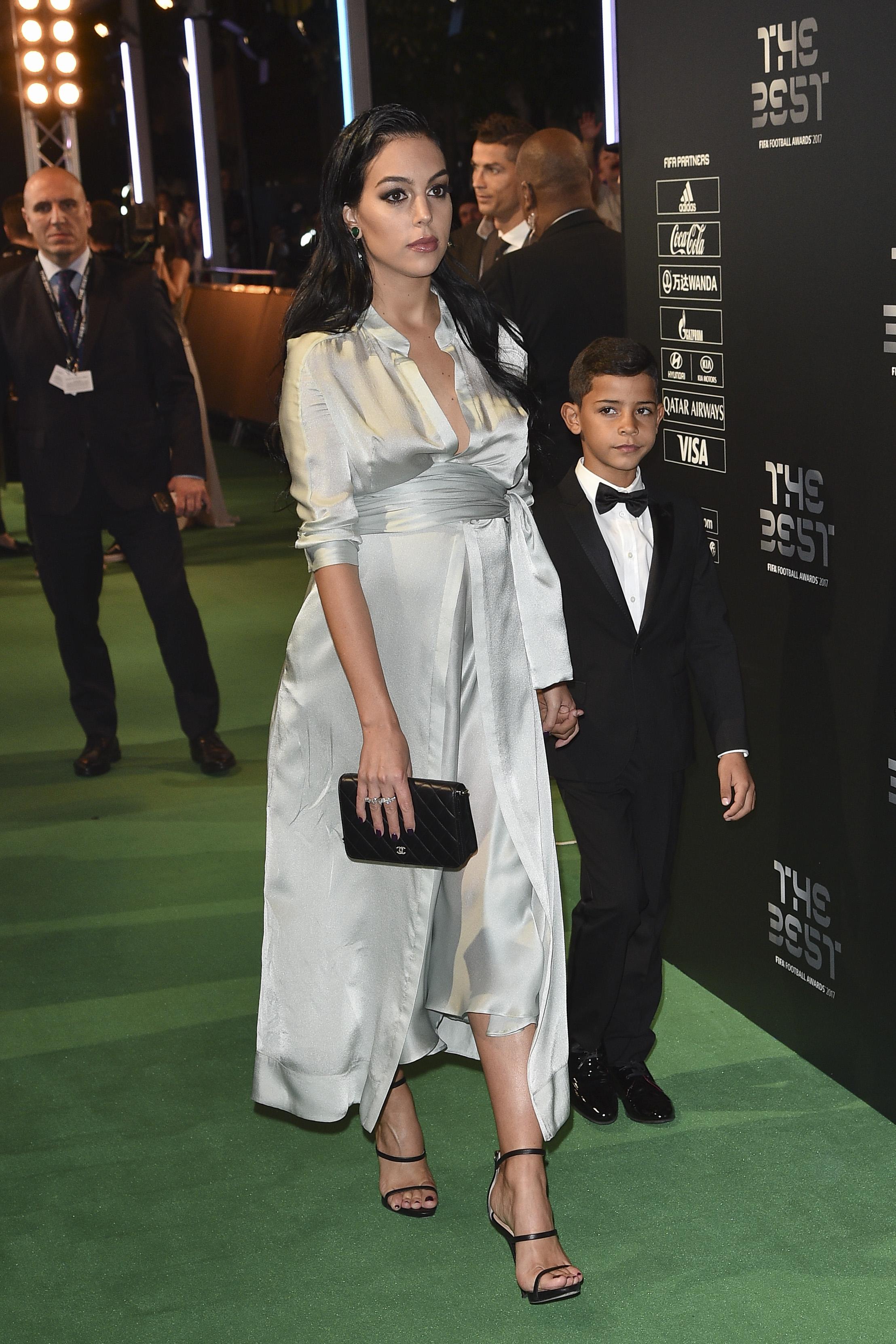 "Getting changed mid-way is an emerging trend, with 40 per cent of brides doing this now," says Hamish.

"I can see her in a very glamorous fishtail gown," adds Rachel. "A lot of celebrity brides are opting for similar at the moment."

Megan: It's like being a bride was made for Megan, who seems to wear a lot of white to complement her glowing tan.

The ultimate wag, Megan's wardrobe is packed full of designer clobber, including £1,000 Louboutins and £3,000 Chanel handbags.

But she doesn't just have expensive taste – she's also a fan of high street stores Topshop and ASOS – so could she go for a tight-fitting dress from one of their bridal ranges instead? 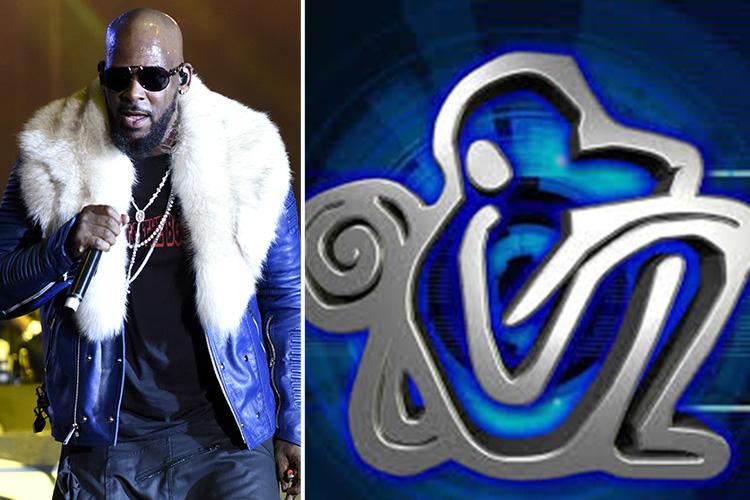 The Ronaldos: Expect a slow jam when the couple take to the dancefloor for the first time – Ronaldo said of R Kelly's I Believe I Can Fly "that is without doubt my favourite song in the world".

And his cheesy music taste doesn't stop there: he also enjoys Elton John, George Michael and Phil Collins – with all that money in the bank perhaps he'll fly Elton and Phil in…

The Pickfords: Jordan, by contrast, is a massive fan of hardcore rave music.

He's previously tweeted using the hashtag "get the rave on" and has expressed his love for New Monkey, which blends 200bpm trance and electronic music with a MC rapping over the top.

Pickford is also a fan of X Factor, hailing the lyrics of 2012 star Lucy Spraggan's audition song Tea and Toast as "quality" – it's possible she could be serenading the happy couple as they do their first dance. 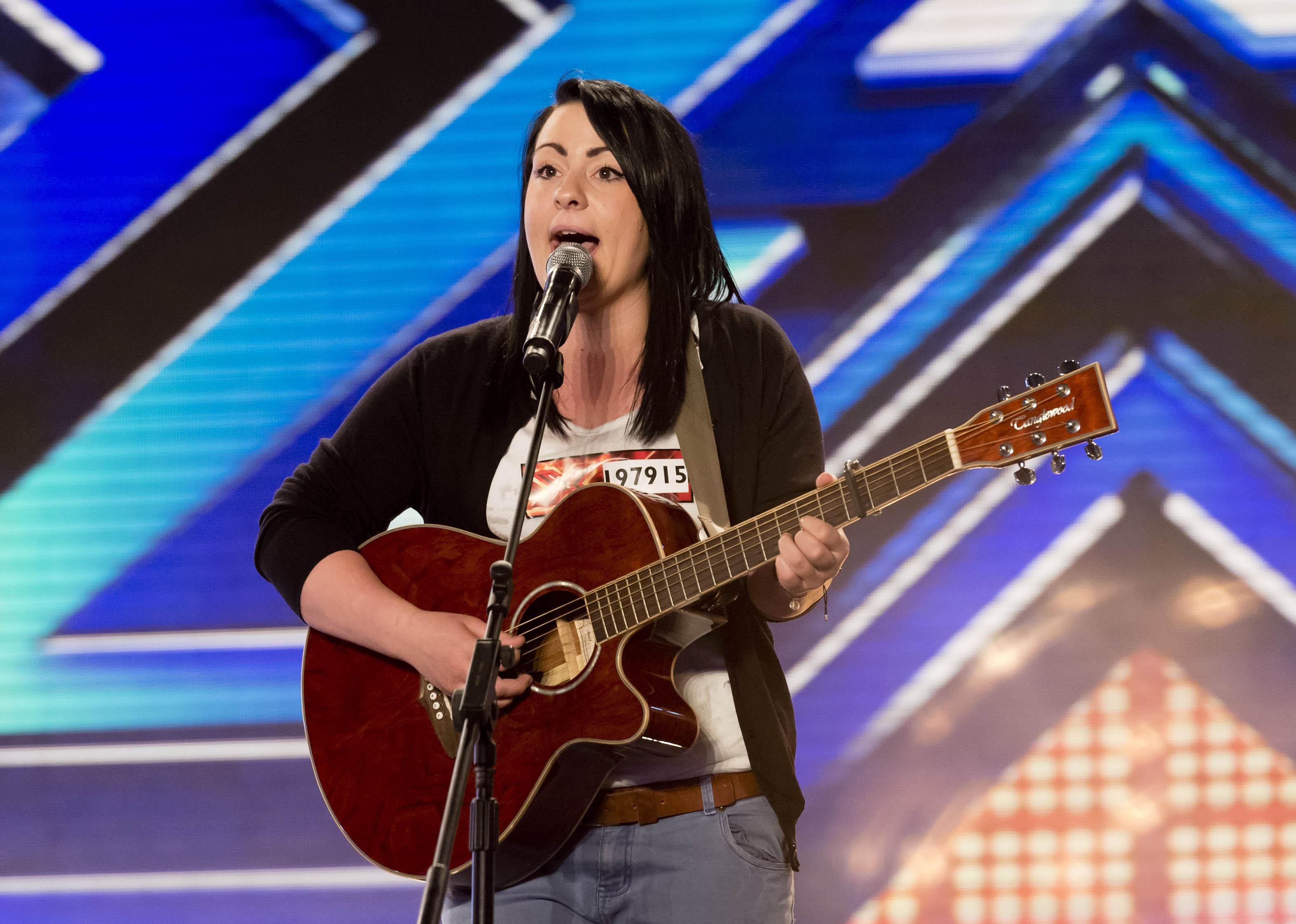 "As the bride and groom, Jordan and Megan's wedding might be more appealing, as it is a lot more intimate and special to be surrounded by your close family and friends," says Hamish.

"However, for guests, a multi-day spectacular event, which is a one-off, might be more exciting." 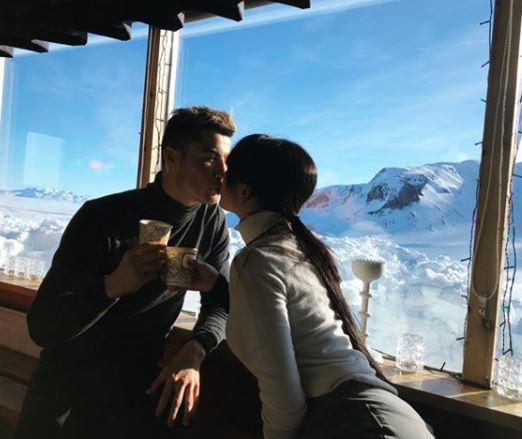 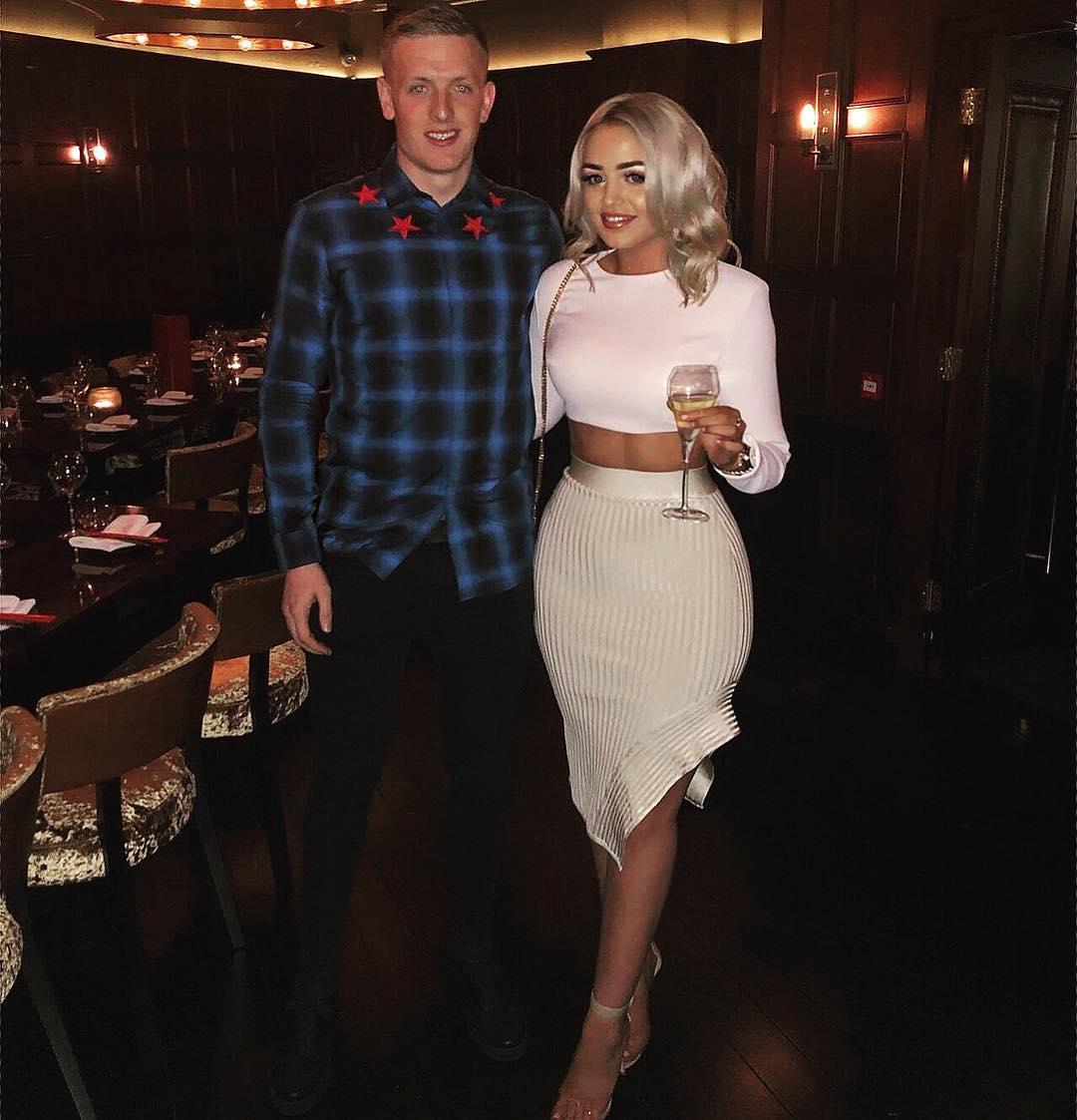 However Rachel disagrees. "I think Ronaldo and Georgina's wedding will be a big reflection of them both as a couple, but it'll be very serious.

"For me, it's not about budget, but fun. I think Pickford and Megan's wedding will be as cheesy as they come, and would be a lot more fun to attend."

Which wedding would you rather go to? Cast your vote below.

Vote for whose wedding you'd like to go to here