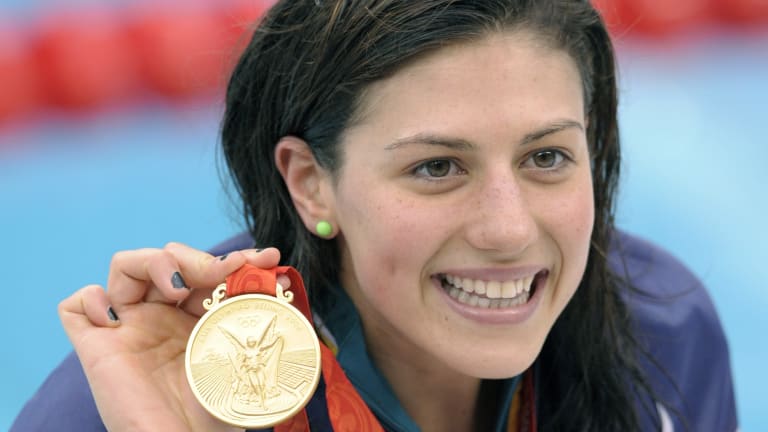 The three-times Olympic swimmer, who headed to her “second home” Los Angeles over the weekend for business meetings, announced the news via Twitter, including a casual name-drop of one of the most famous Kardashians.

"I’m literally still buzzing with excitement Thank you @khloekardashian for asking me to be involved," Rice tweeted.

In another post, she wrote: "I have been asked to come over for an insanely exciting campaign is beyond incredible. Just one of the many ways that the Universe delivers. I’m truly blessed.”

Kardashian, who gave birth to her first daughter, True, this month, handpicked Rice to be part of the campaign. Founded in 2016, the Good American denim brand places a great emphasis on “inclusivity and diversity”, with sizes ranging from 00 to 24.

While the exact details of her involvement in the campaign have not been confirmed, it’s believed Rice will be will be joining the Good Squad – the brand's group of celebrity and influencer ambassadors, which also includes Australian model Shanina Shaik and Kylie Jenner's best friend, Jordyn Woods.

Rice has spoken about her struggles with body image and her eating patterns following retirement from competitive swimming in 2014. The 29-year-old experimented with various diets, before becoming vegan.

“I was continually beating myself up for not being good enough, comparing myself to everyone else and my swimming days of being super fit and believing that I wouldn’t be happy until I lost weight,” she wrote in an Instagram post last month.

But like Kardashian, Rice believes finding “inner peace” and working towards a more positive mindset has helped to transform her body.

She has also been working as a swimming coach in the Los Angeles and Beverly Hills area.