Solange requires no last name. But, apparently, she does require help choosing a Met Gala dress. The singer and multi-talented artist is set to attending the soiree today, but the pressure of choosing a gown means that Solange’s Met Gala dress was totally up to her fans for a bit before the event. Yes, she truly planned on letting her fans choose what she would wear, and she even gave multiple options. Honestly, they’re all stunning.

According to Buzzfeed, Solange took to her Twitter account to show off five different dresses for her fans to choose from, and they’re totally on theme. The 2018 Met Gala exhibit is based on the theme of "Heavenly Bodies: Fashion and the Catholic Imagination." Solange’s looks seemed to have taken inspiration from various saints according to a previous tweet cited by Buzzfeed. All of the dresses are either black or white. While the designs and materials vary pretty drastically, there’s not a bad choice in the bunch.

What Solange’s tweets didn’t include are which saints inspired each look. It seems as though that’s going to be left up to her fans’ imaginations. One of the dresses, however, seems to appear twice with Solange wearing two different hairstyles with it. Could it be the one she’s actually leaning toward? Fans will have to wait until this evening to find out.

Solange has since closed the polls since posting them images of her dresses. The backtrack was on the advice of someone who appears to be a fan, she has seemingly chosen to "be herself" and thus choose her own gown.

What does each dress look like? You can check out the looks here and choose your favorite. From a latex calf-length dress with a wide slit to a stunning white frock with an angelic cape to a black gown with midriff cut-out and mini skirt, there’s a whole lot of looks to love. No wonder Solange wanted a little help. 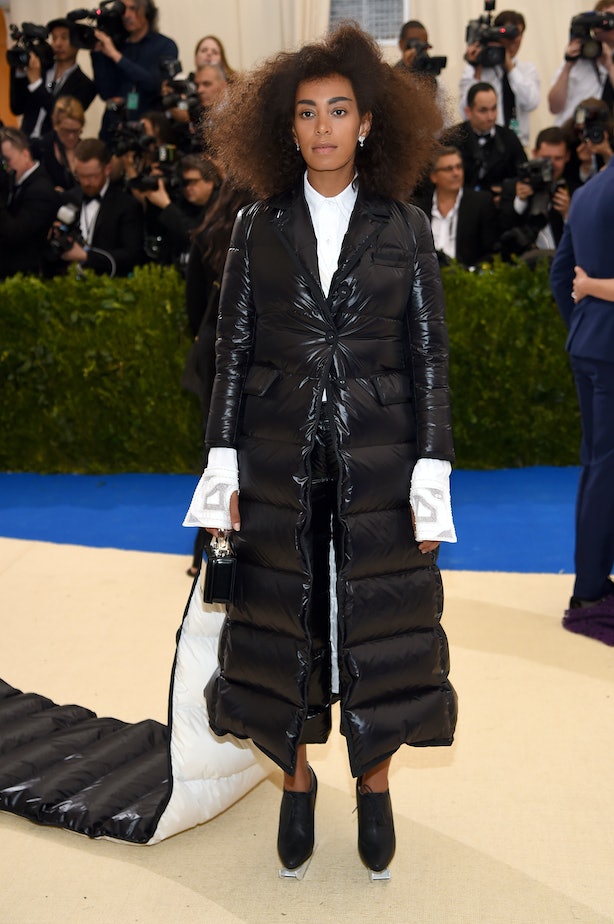 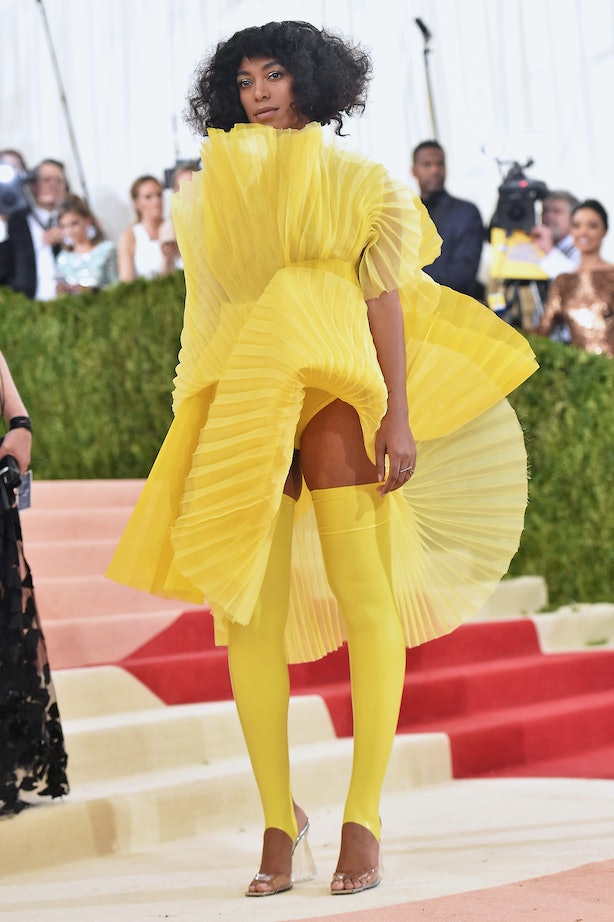 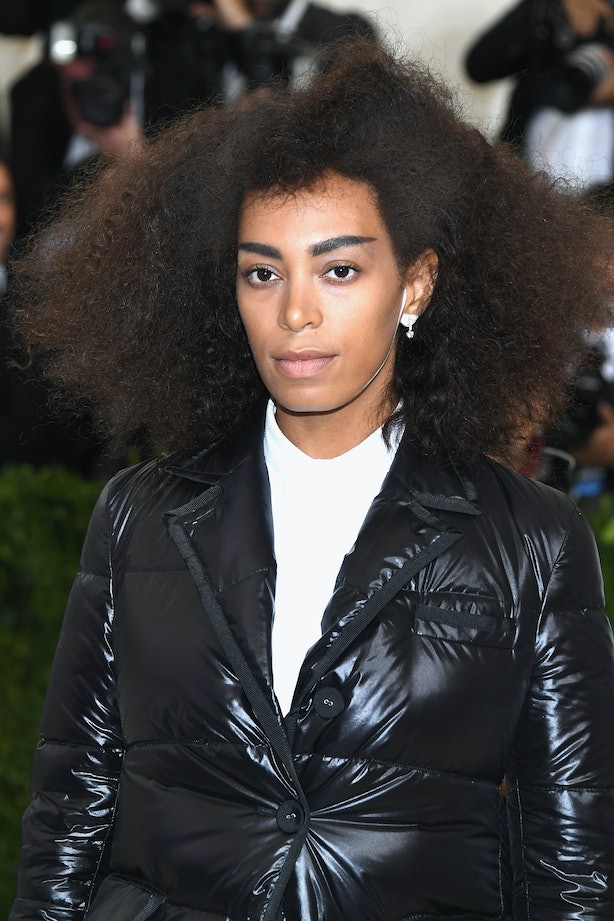 As for 2018, while Solange did offer fans the opportunity to choose her look, it’s too late now. Solange is apparently making her mind up for herself, but there’s all of her options will be stunning on the famous Met Gala stairs. Until tonight’s events, it looks as though her fans will be waiting in anticipation.