A ROYAL fan has painstakingly collected ten replica rings worn by women in Britain’s most famous family, from Meghan Markle to Kate Middleton.

The superfan, called Kat, shared her impressive collection on Instagram, showing the near-identical rings shimmering in a jewellery box. 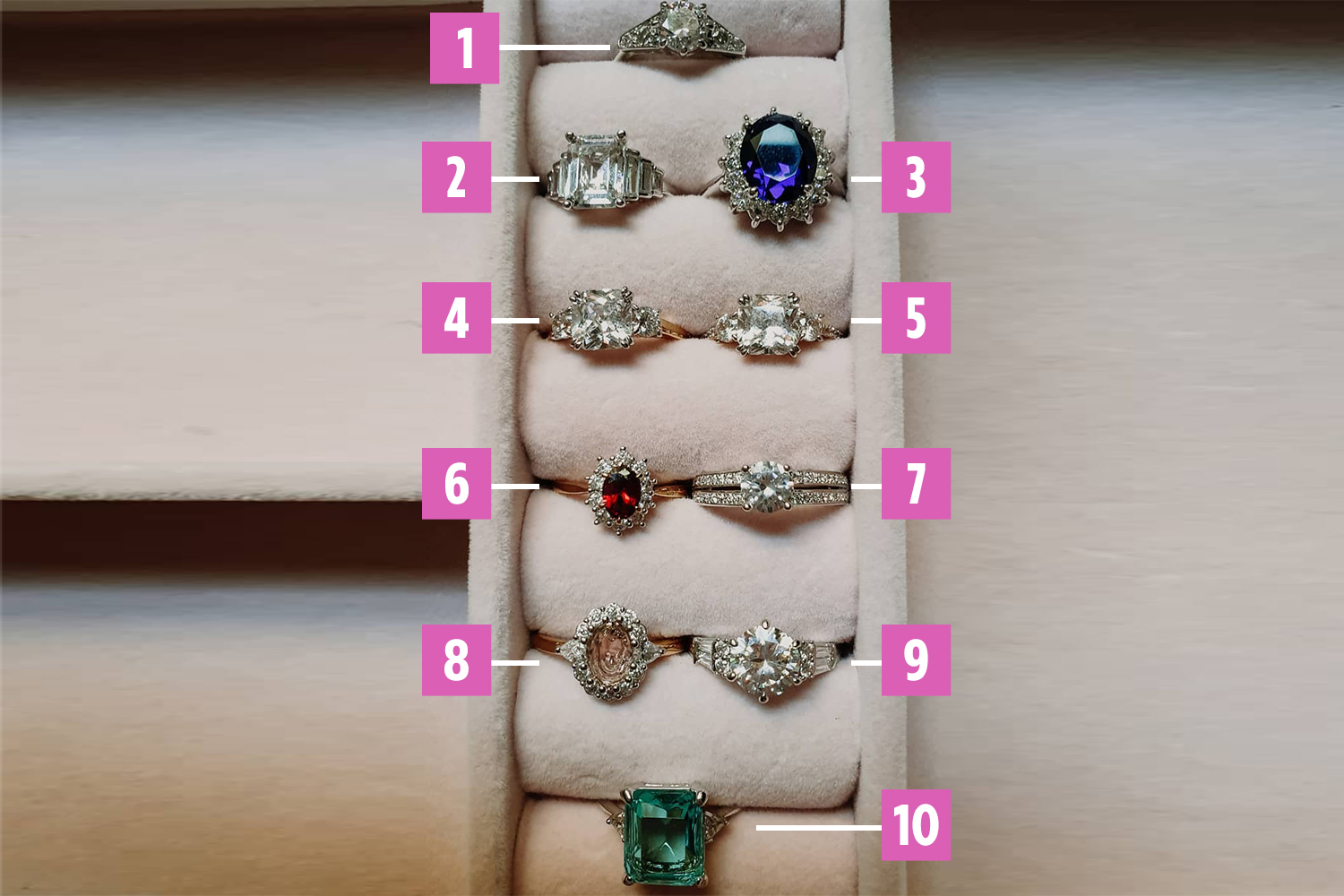 If you’re a fan of the royal brides and their jewellery, you should be able to tell which ring belongs to which senior royal.

The collection mainly features engagement rings, but there are a few other jewels royal women wear as well – which should give you a clue.

A few have belonged to several members of the royal family, after being handed down through the generations.

And there's one which has been altered over the years as well, which could give you another clue to its current owner. 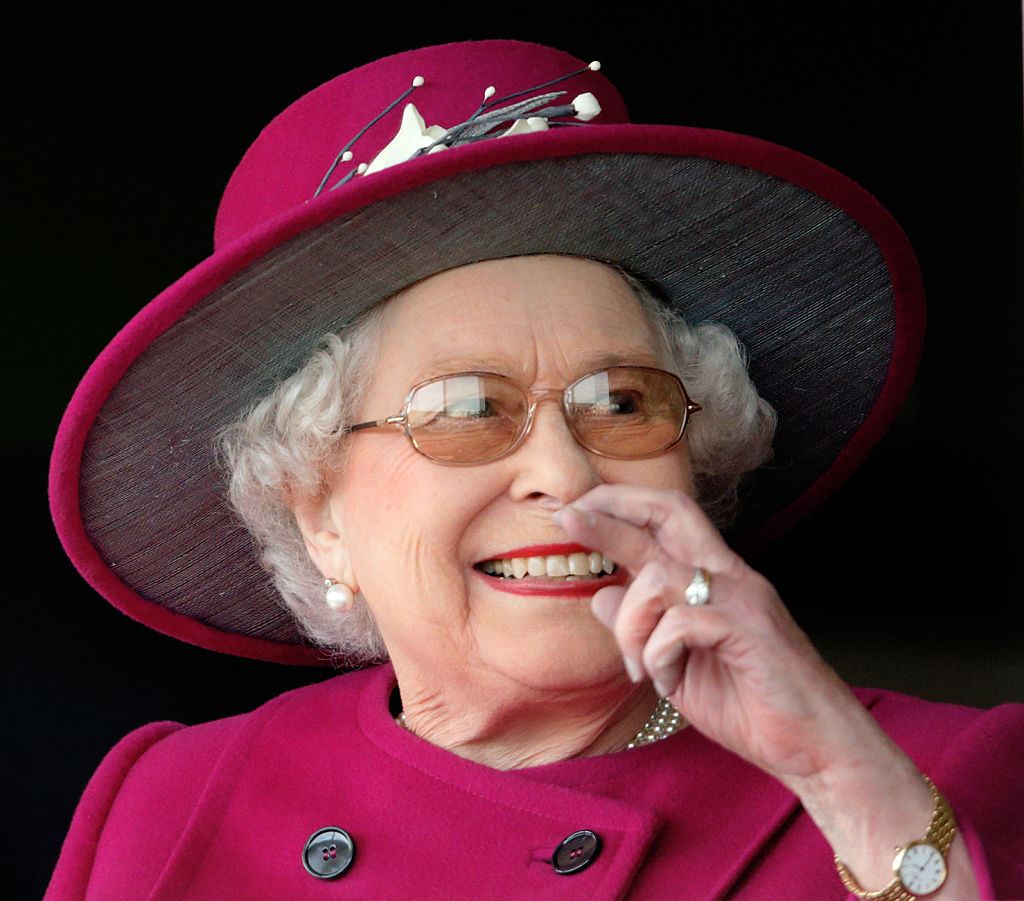 The first ring belongs to the most important royal, the Queen, 94, who announced her engagement on July 9 1947, and walked down the aisle the same year at Westminster Abbey.

Prince Philip proposed to his bride with a ring made from diamonds which came from a tiara belonging to his mother.

The Duke of Edinburgh helped design the platinum ring, which features eleven diamonds, a three-carat round solitaire and five smaller stones set on each side. 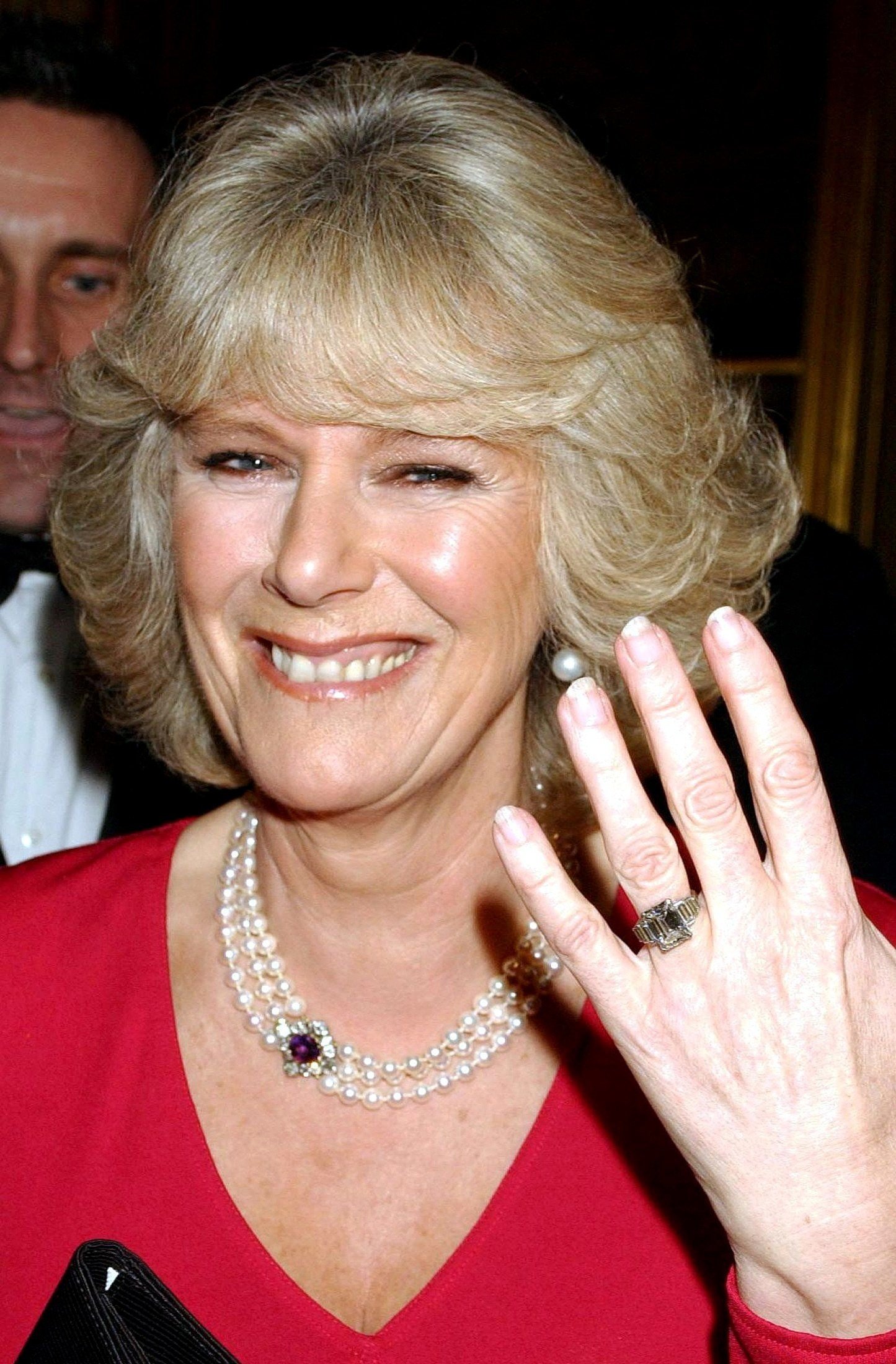 Next is Camilla, Duchess of Cornwall's engagement ring, which is a family heirloom.

The ring features a five-carat emerald cut diamond with additional jewels on each side.

It is believed to have belonged to the Queen Mother, who was spotted wearing the design in the 1980s.

Prince Charles and Camilla tied the knot in a civil ceremony at Windsor Guildhall in 2005. 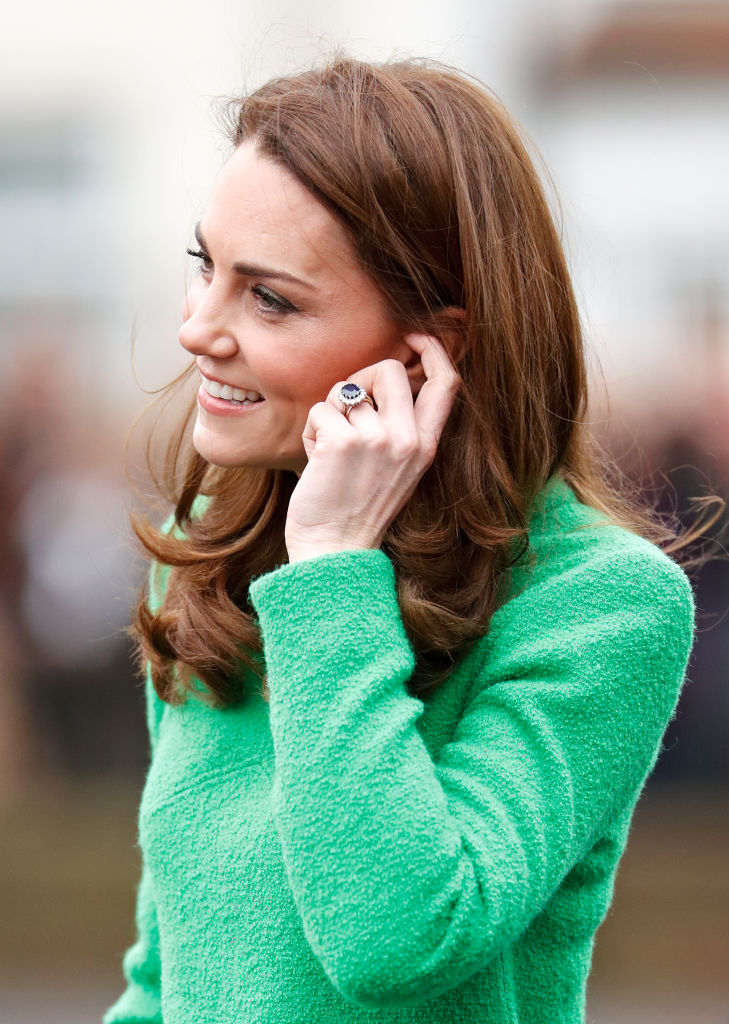 Next is possibly the most famous ring on the list, and it’s Kate Middleton’s, 38, engagement ring.

The flawless gem belonged to Prince William’s mother, Princess Diana, and it reportedly cost £28,000 at the time it was bought.

The ring was passed on to Prince William, 38, who proposed to the Duchess of Cambridge with the 12-carat Ceylon sapphire, which is surrounded by a halo of 14 white diamonds.

The Duke and Duchess of Cambridge announced their engagement in November 2010, and they got married the following year at Westminster Abbey. 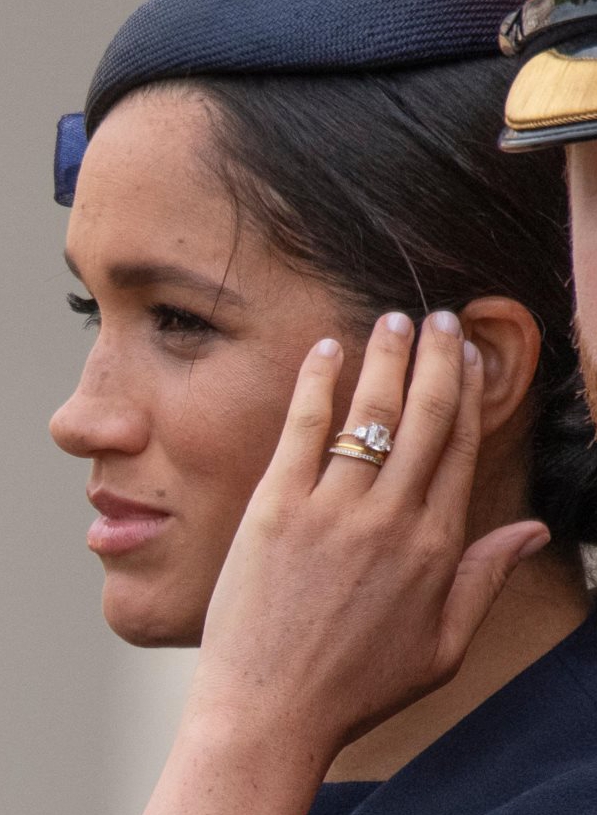 The next two rings belong to the same person – Meghan Markle.

Prince Harry proposed to the former actress with a ring featuring a central stone from Botswana, and two smaller diamonds from Princess Diana's personal collection on either side.

The original ring is number four, while the redesigned version is number five.

Prince Harry and Meghan Markle announced their engagement in November 2017, and they were married the following year at St George’s Chapel at Windsor Castle. 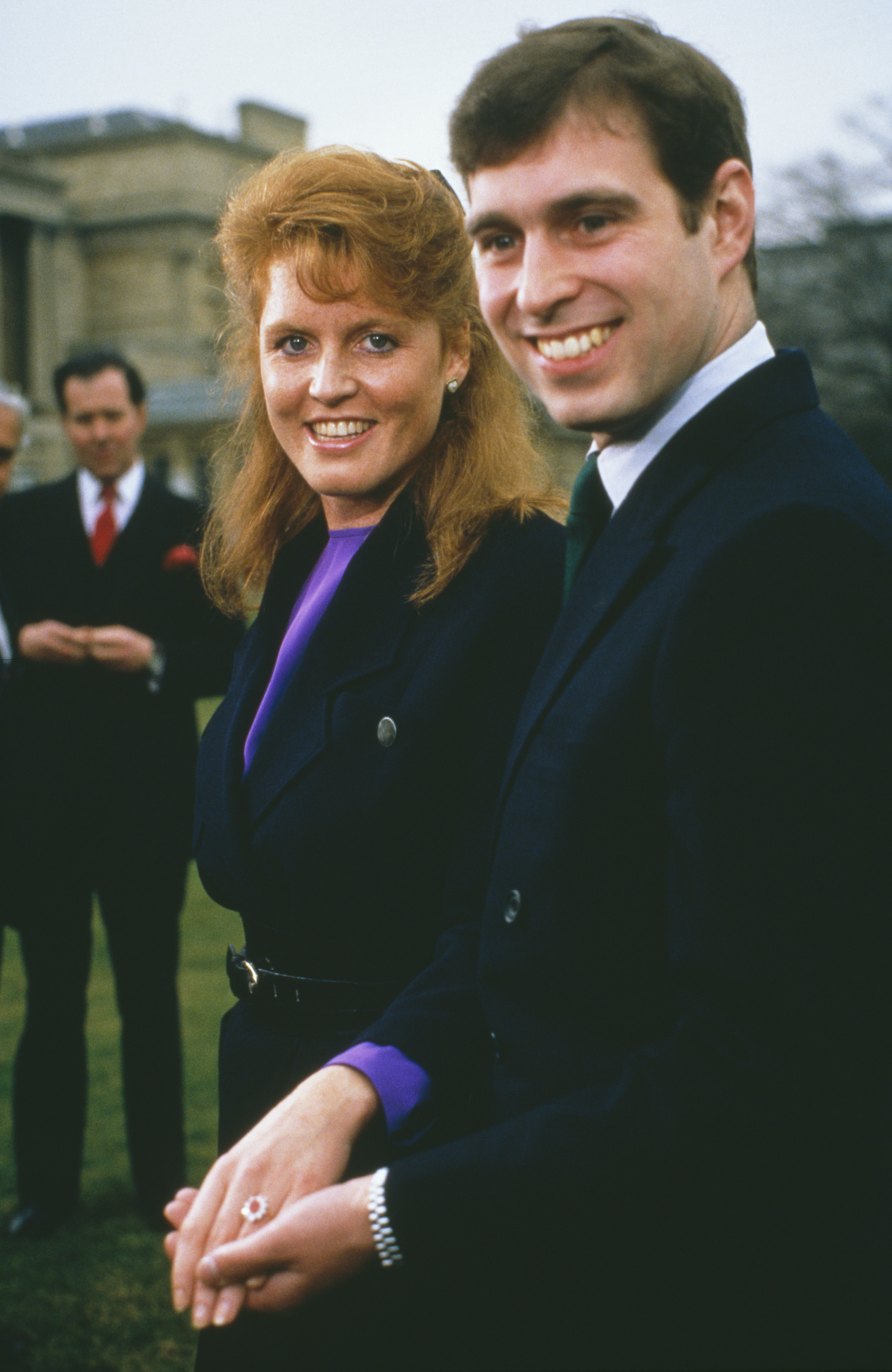 The next ring is instantly recognisable due to its red Burma ruby flanked by 10 diamonds – and it belonged to Sarah Ferguson.

The stone alone was estimated to be worth £25,000 when it was made, with Prince Andrew proposing to Sarah, Duchess of York, in 1986.

The pair walked down the aisle that same year at Westminster Abbey. 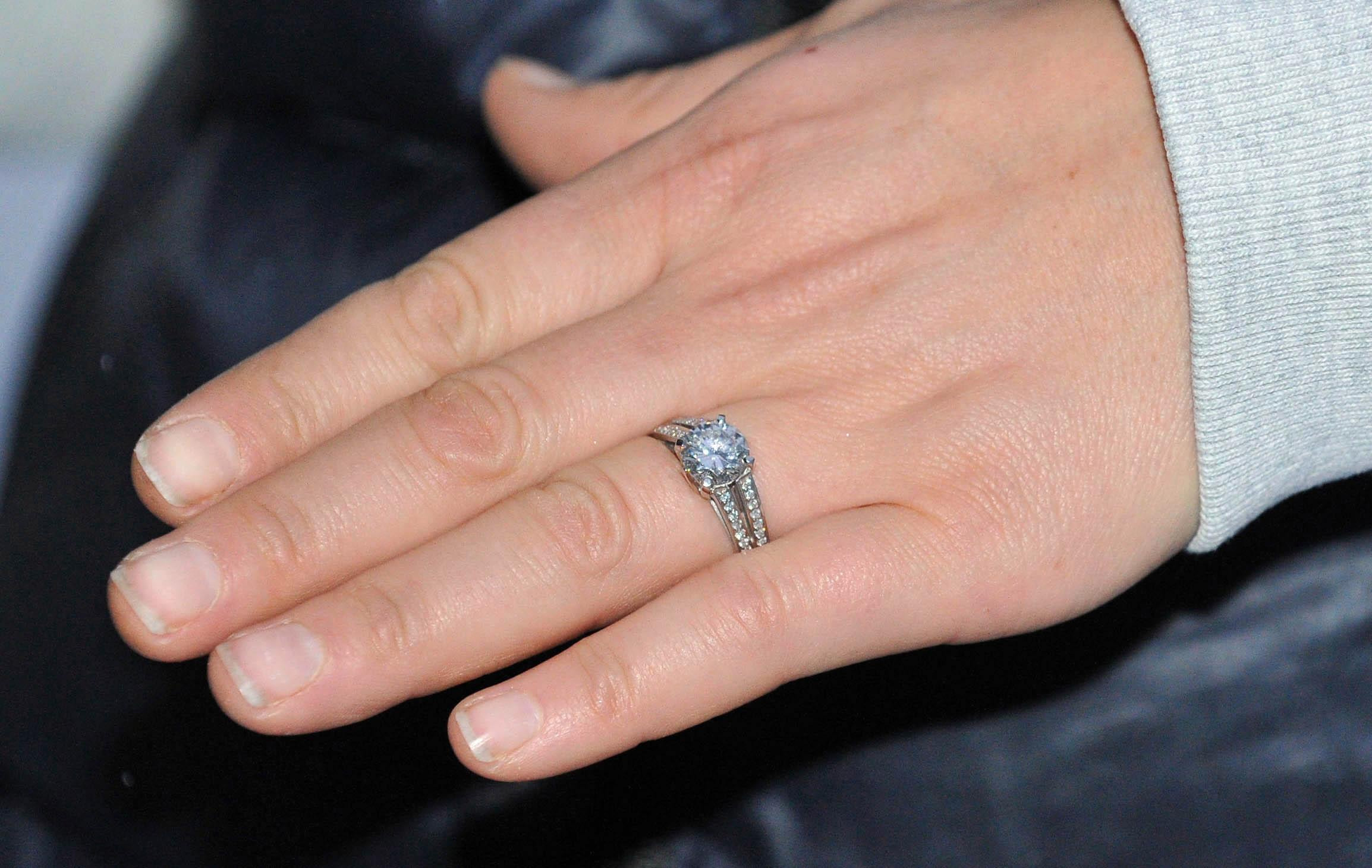 Ring number seven belongs to Zara Tindall, who announced her engagement to Mike Tindall in 2010.

The rugby player got down on one knee with a double banded platinum engagement ring, featuring a split set of pave stones and a single solitaire diamond.

The pair got married at Canongate Kirk church in Edinburgh, in 2011. 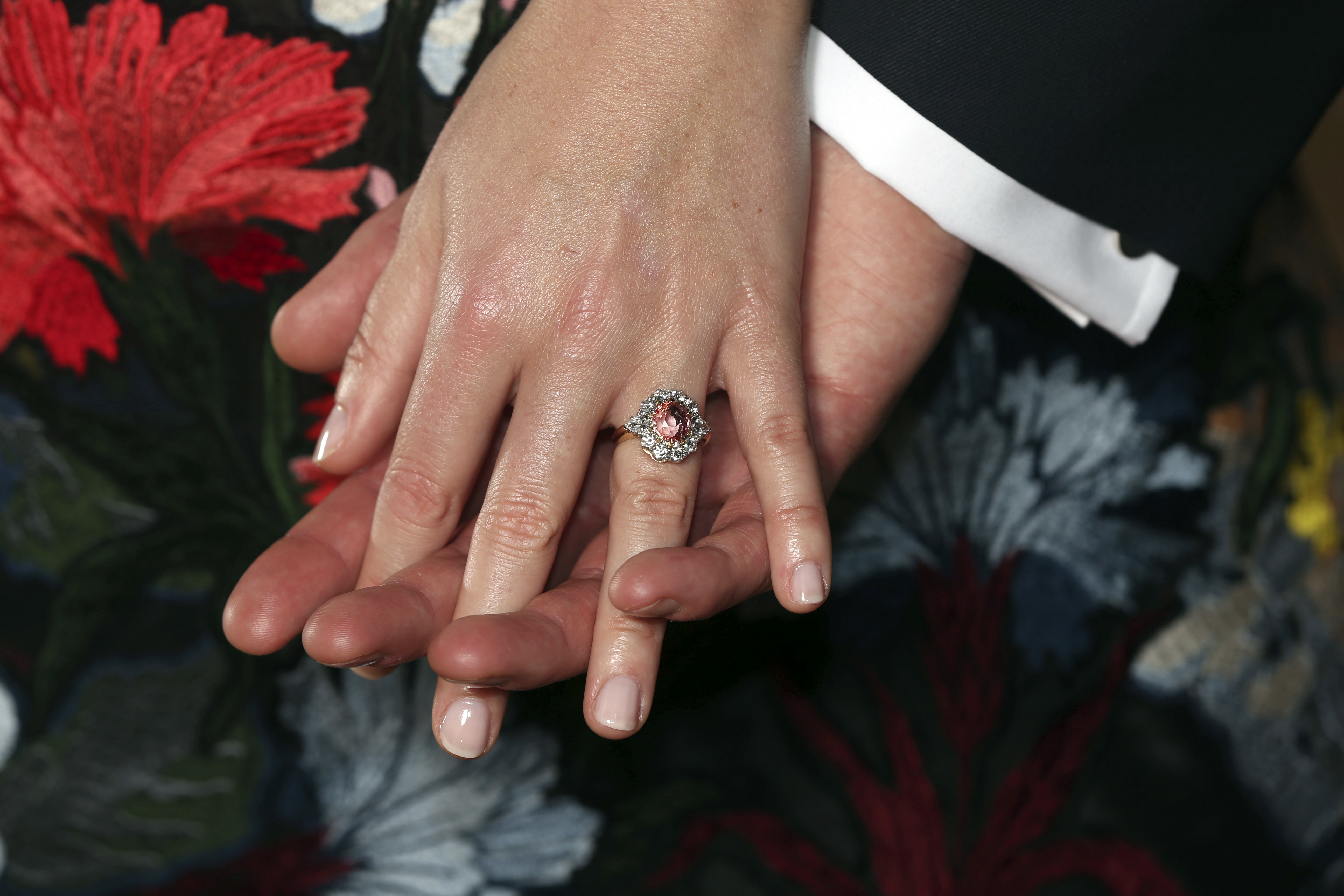 Ring number nine may look familiar, and that's because it’s got a link to Sarah Ferguson.

The ring belongs to her daughter, Princess Eugenie, and features an oval salmon-coloured sapphire, surrounded by diamonds and set on a gold band.

Princess Eugenie, 30, married Jack Brooksbank in October, walking down the aisle at the same venue Prince Harry and Meghan did, at St George's Chapel at Windsor Castle. 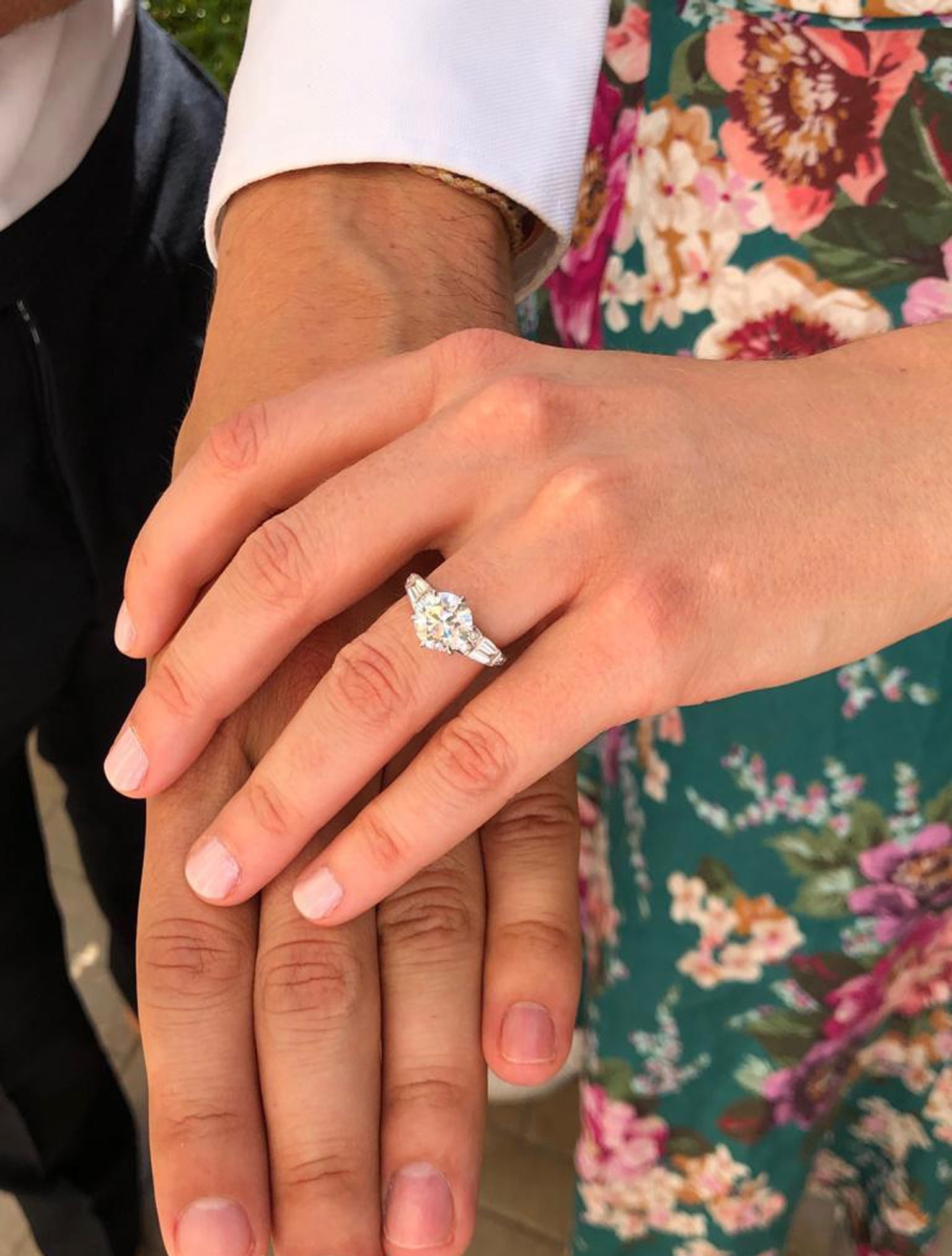 The next ring belongs to her sister, Princess Beatrice, who tied the knot in a secret ceremony earlier this month.

The property tycoon proposed with a 3.5-carat ring in an art deco design, designed with jeweller Shaun Leane. 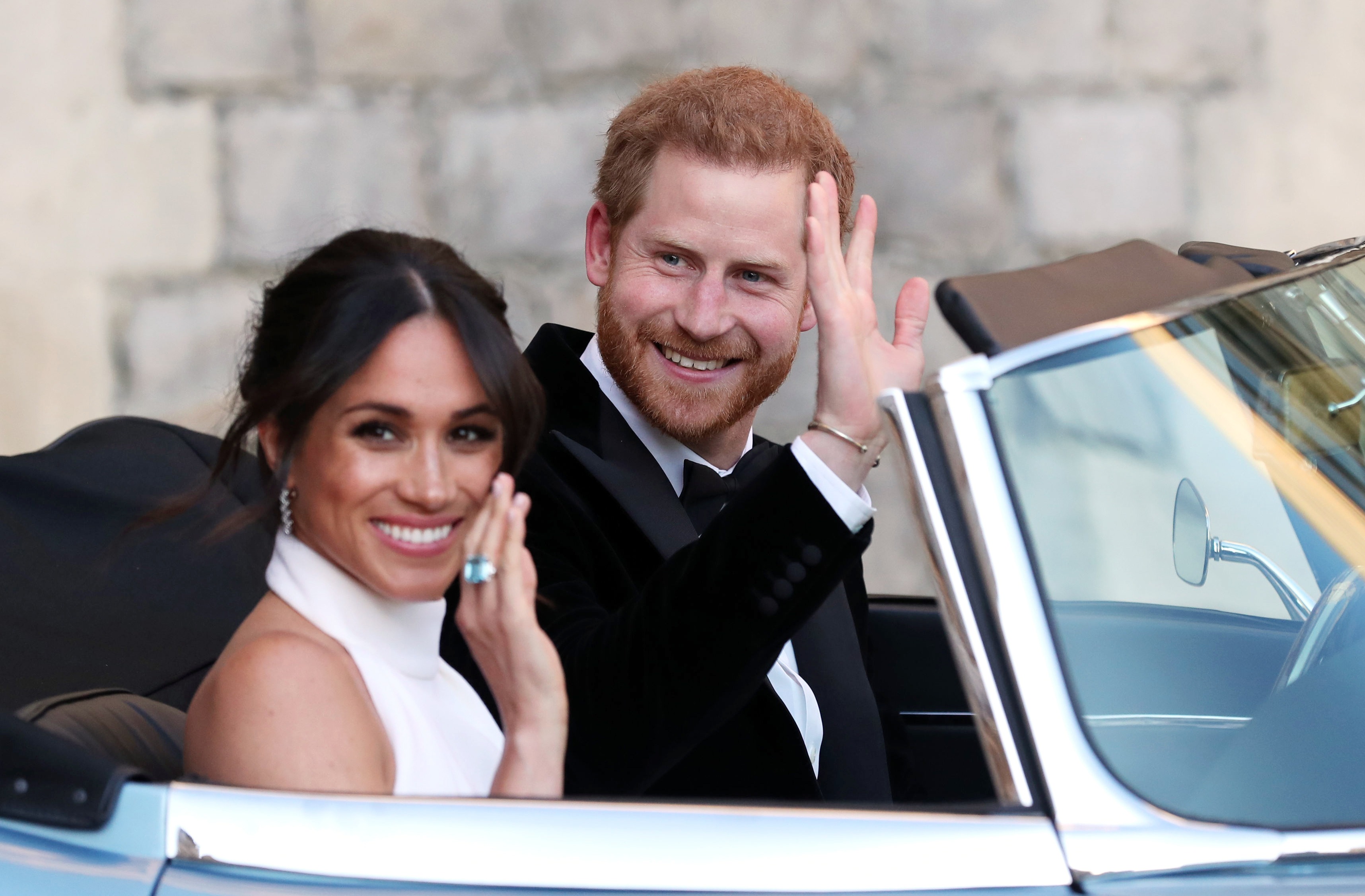 Meghan Markle appears on the list again, at number 10.

The ring is a replica of the stunning aquamarine and diamond cocktail ring which belonged to Princess Diana.

Meghan wore the ring for her wedding reception, and was a gift from Prince Harry.

And this bride was shocked when her ‘bratty’ mother-in-law asks to borrow her dress for her own nuptials after ruining her wedding.

Plus you can now rent expensive designer wedding dresses for as little as £15 for your big day.