The Duke and Duchess of Cambridge have welcomed a baby boy, Kensington Palace announced Monday.

The Duchess of Cambridge went into labor early Monday and was driven to the hospital by the Duke of Cambridge. The baby, who was born at St. Mary’s hospital in London, will be fifth in line to the throne.

Prince William and the former Kate Middleton are already parents to Prince George, who is 4, and Princess Charlotte, who is 2. There’s no word yet on how the little ones are feeling about their new sibling.

But the palace said the “Queen, The Duke of Edinburgh, The Prince of Wales, The Duchess of Cornwall, Prince Harry and members of both families have been informed and are delighted with the news.”

Shortly after the duchess gave birth, a notice was placed at Buckingham Palace. A Union flag was also raised over the palace and Windsor Castle.

William later went to get George and Charlotte so they could meet their new sibling.

Kensington Palace announced that the royals were expecting their third child in September.

The duchess experienced hyperemesis gravidarum during her pregnancy, a condition occurring in expectant mothers that involves severe nausea, vomiting, weight loss and dehydration. She has dealt with the condition during all of her pregnancies. 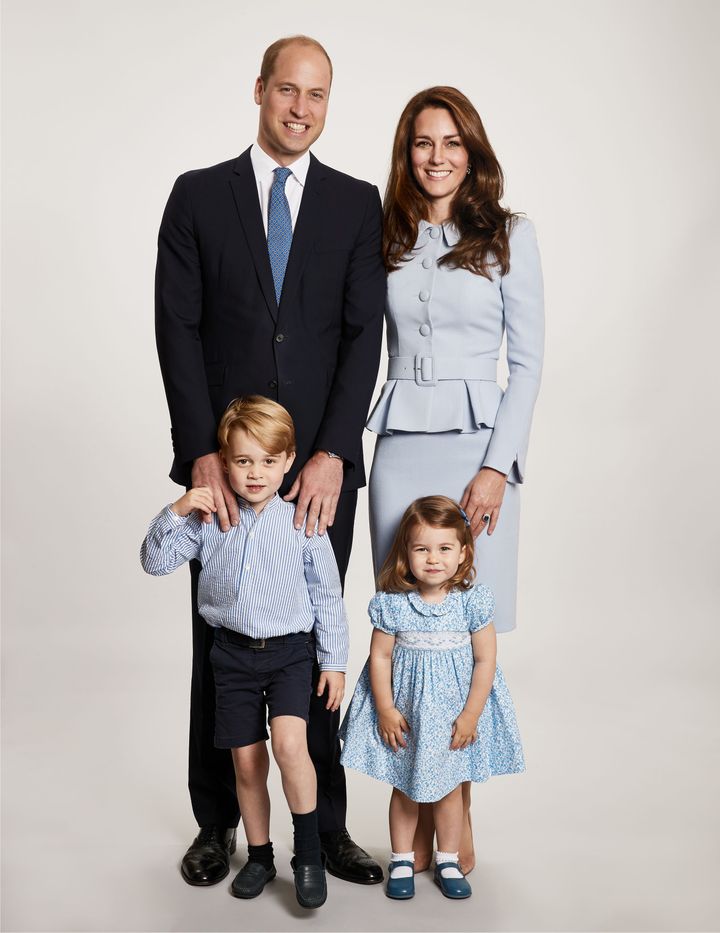 Prince William joked earlier this year that he is “going to be permanently tired” after welcoming Prince George and Princess Charlotte’s newest sibling.

“Two is fine — I don’t know how I’m going to cope with three,” he said at an event at Kensington Palace in February. “I’m getting as much sleep as I can.”

At an event at a children’s hospital, the duchess cheekily let it slip that Prince William was “in denial” over his expanding family. There’s no denying it now!

This story has been updated to reflect that William brought George and Charlotte to the hospital to meet their sibling.