Mum Sarah Endactott, 37, and fiancé Richard Flintham, 40, from Hull, live off a weekly budget of £140, which leaves them struggling to feed their four kids and little room for luxuries. 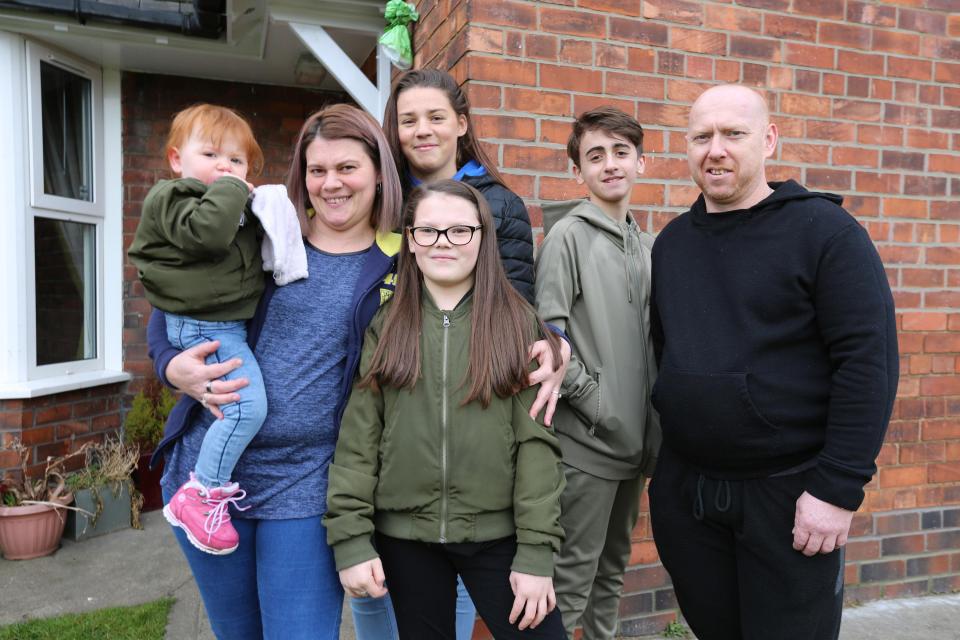 In the show, they swapped places with the wealthy, self-made Scaife-Lacy family, and experienced what it was like to live off a £2,700 weekly budget and live in a £720,000 five-bedroom converted stately manor.

On the other end of the spectrum, company owners Phil, 41, and Kerris Scaife-Lacy, 37, found themselves running out of gas in Sarah and Richard's semi-detached council house, which is worth £124,000.

One of the first things Sarah and Richard did with their new lavish allowance, which was over 15 times their usual budget, was buy a green bike for delighted daughter Mariah, 11, and treat their family to a rare takeaway.

Sarah said: “Her little eyes welled up. It was nice being able to give her something without worrying about the cost.” 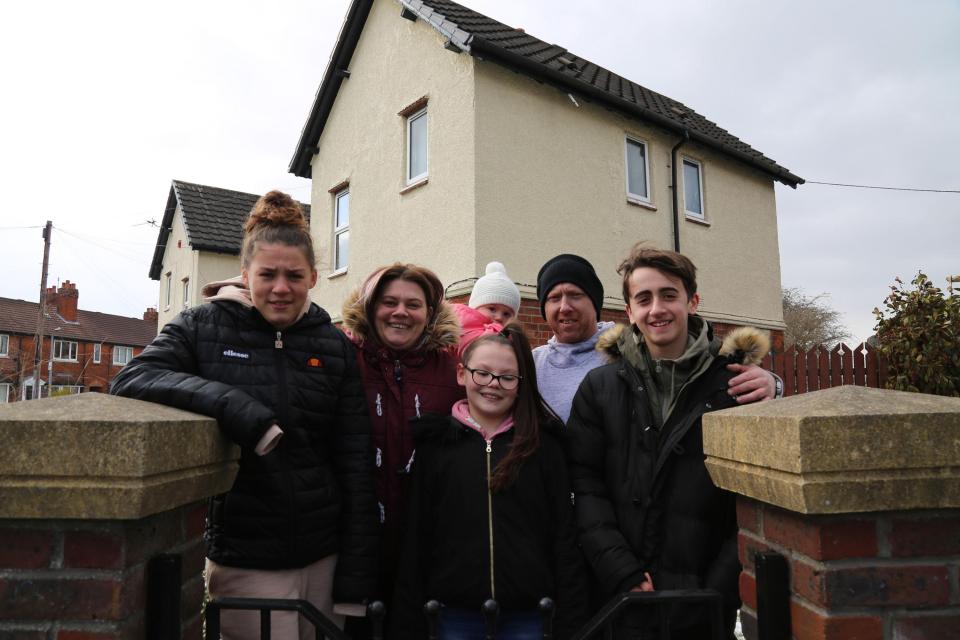 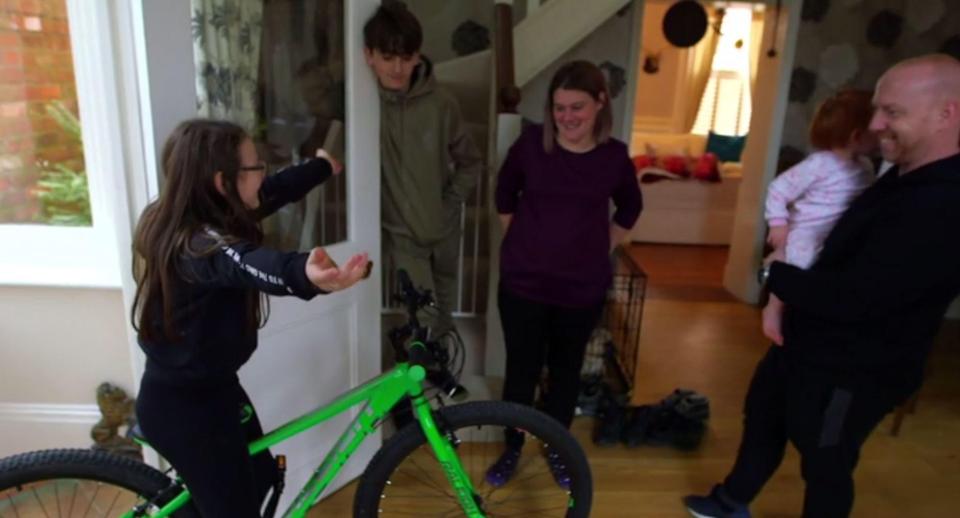 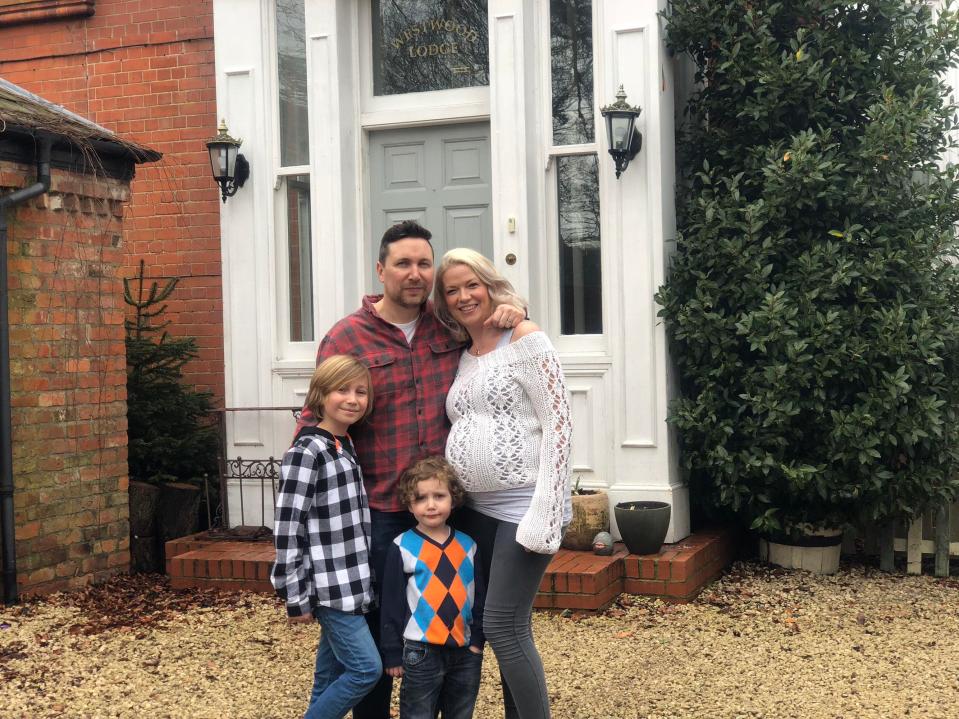 Entering the sprawling Scaife-Lacys home, located in Beverley, East Yorkshire, was an eye-opening experience for the cash-strapped family-of-six, who cram into three bedrooms in their own modest home.

Sarah told Fabulous: “Overlooking beautiful countryside, and with five bedrooms, three bathrooms, a huge laundry room and a bath in the master bedroom, it was like a different world to us.

“With four children in two bedrooms, my home can be crowded and chaotic at times – especially when everyone is queueing for the bathroom in the morning – and having so much space at Kerris’ house was lovely.”

The kids were also given £5 for lunch money, and the parents booked a family photoshoot in Manchester so they’d have a picture to remember the week.

They are among the poorest ten per cent of UK families, and applied for the programme to show their kids what was possible to achieve with hard work.

Sarah, who said her and Richard have delayed their wedding as they can’t afford to pay for the day, said: “For the first time in years, Richard and I went out for a meal, just the two of us.

“We try to have home ‘date nights’ once a week when the kids are in bed, and we cuddle up and watch a film on the sofa.

“But it was lovely to get dressed up and go out to a restaurant, and it made me really wish we could do that more often.” 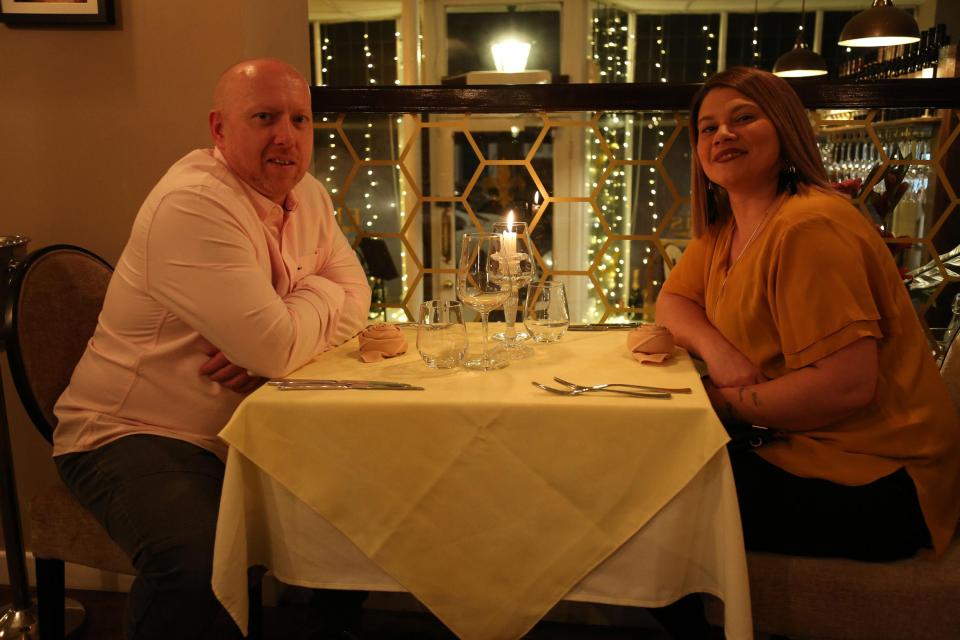 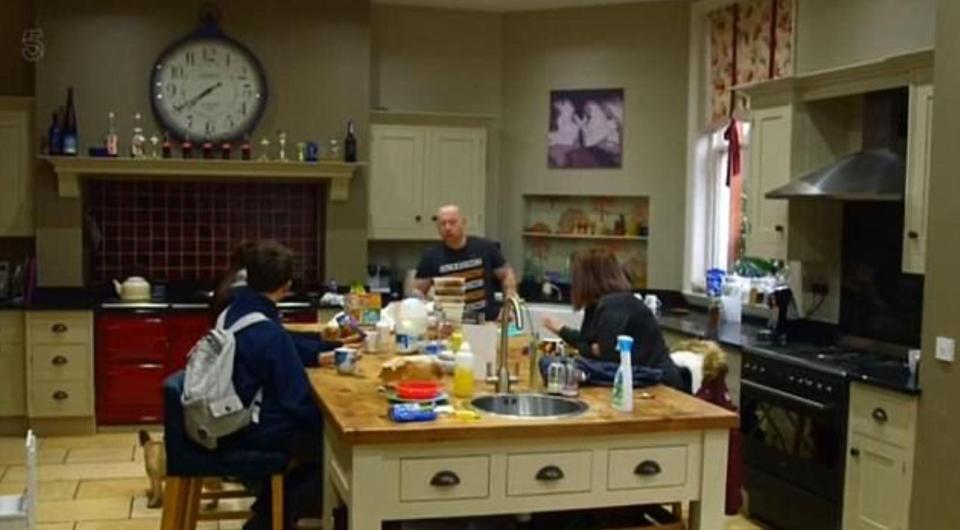 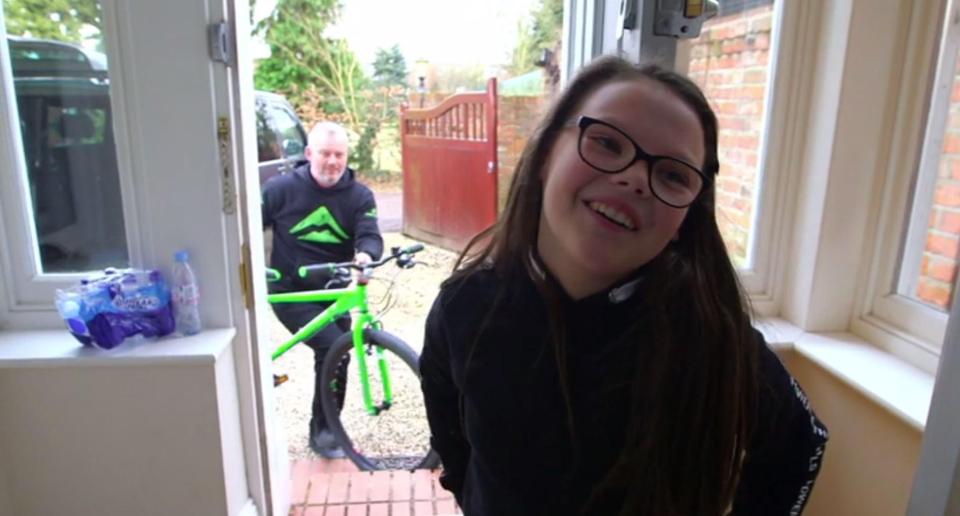 Her kids also got to experience the life and extracurricular activities of Phil and Kerris’s children sons Cooper, eight, and Oakley, four.

Sarah added: “The kids also loved being able to have piano lessons and do taekwondo like Kerris’ sons – they never get to do anything like that.

“Although I did worry they would feel resentful when we returned to our old life because I’d dangled these amazing things in front of them.”

And for once Sarah could add anything to her shopping trolley. 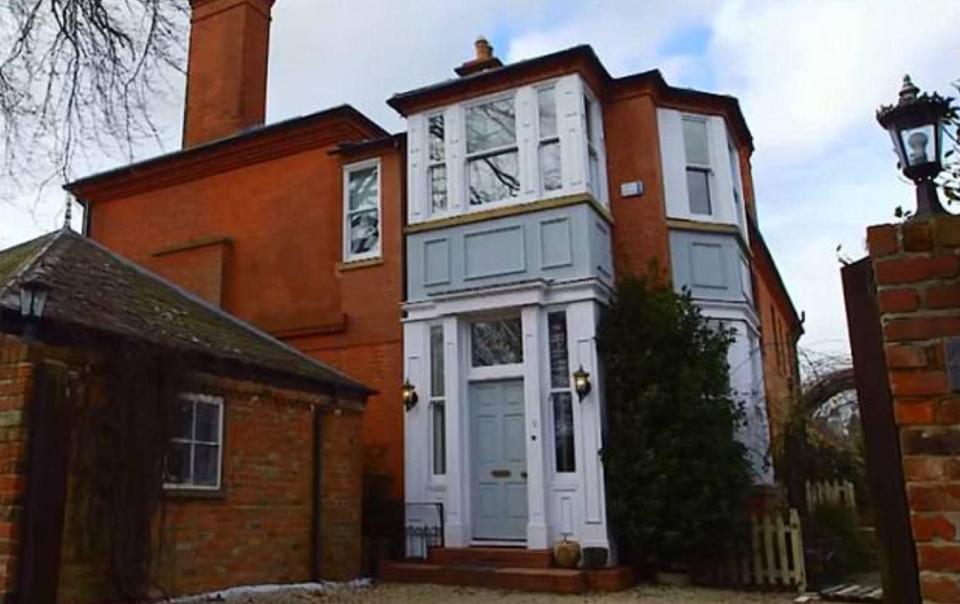 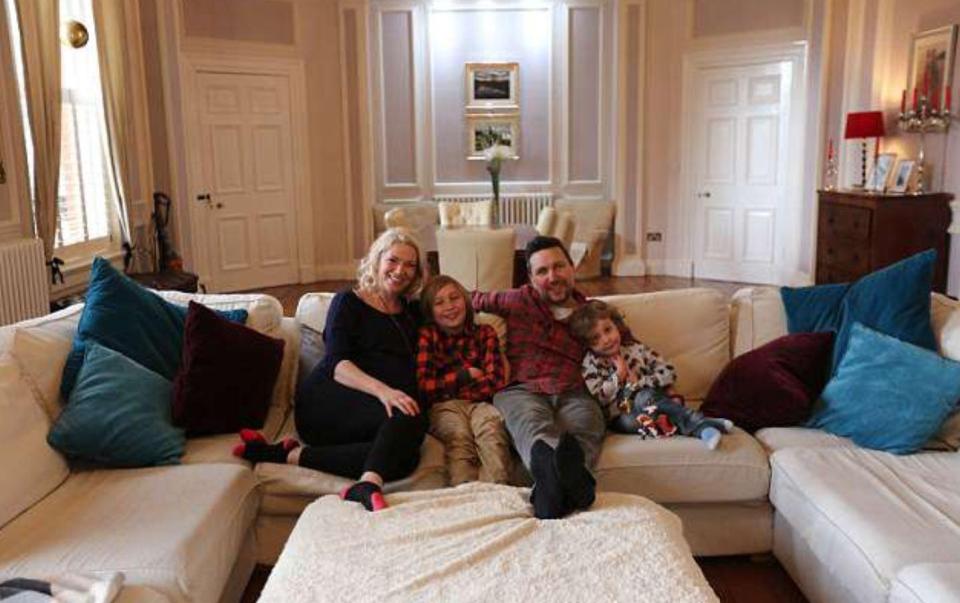 She admitted: “Going shopping without a list to stick to was a real novelty. It was so hard to switch off from not worrying about the final cost, and I couldn’t believe it when a few bags of shopping, including steak and fancy cheeses from the local deli, came to £93.

“That was more than my usual weekly grocery bill and it felt ridiculously extravagant.

“I always shop at Aldi, we never go out to eat and our family activities have to be free ones like a walk in the park or a picnic on the beach.” 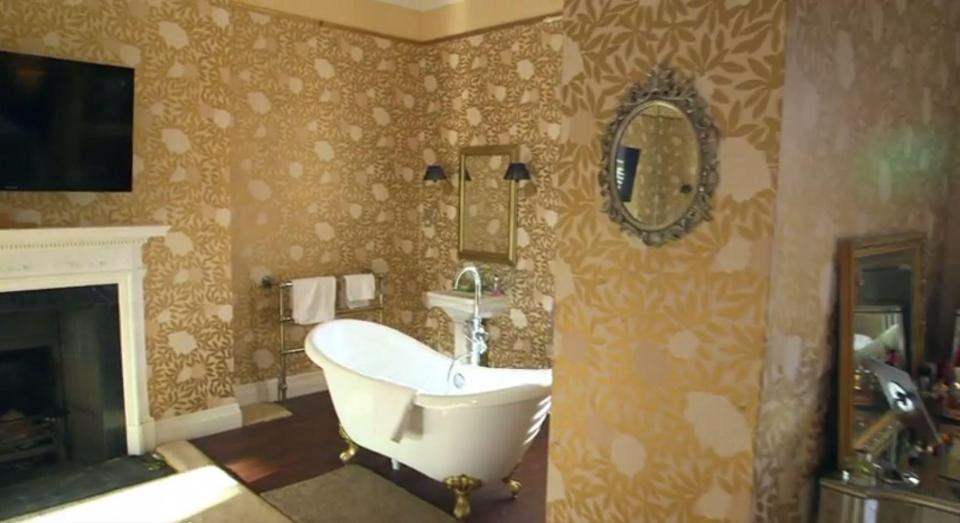 The Scaife-Lacy family, who in contrast are in the UK’s wealthiest 10 per cent of families, gained their wealth through an engineering firm Phil founded 15 years ago and Kerris' two hair and beauty salons.

Kerris, who is seven months pregnant, said: “When I finally caught sight of our new home for the week – a three-bedroom council semi – I must admit I was pleasantly surprised.

“It may have been much smaller than our house, but it was nice and homely.” 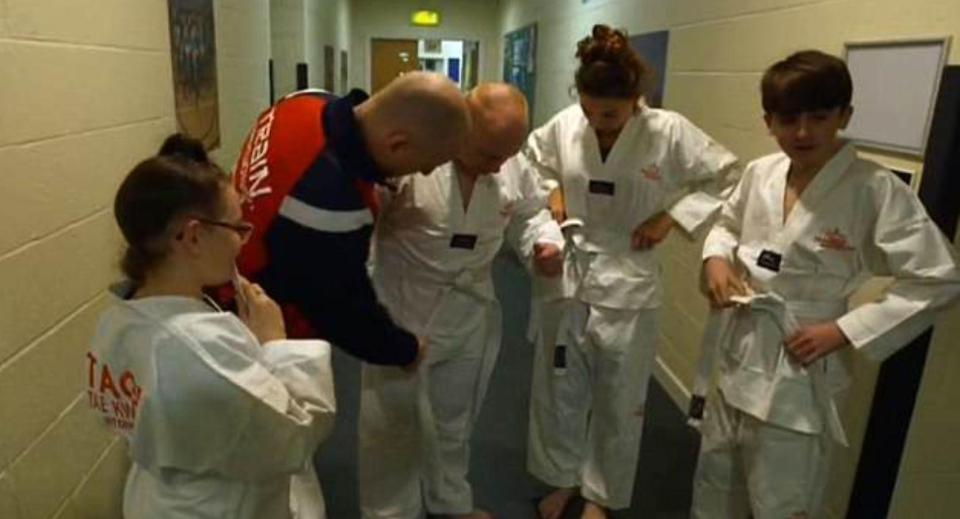 Realising the reality of her new £170-a-week allowance, Kerris said she was forced to ditch family cinema trips, midweek takeaways and buying food fresh from local delis and butchers.

She said: “Suddenly, I had to check the prices of tins of veg in the supermarket, and I felt guilty about my boys’ new junk-food diet as I chucked a couple of frozen pizzas into the trolley for tea because they were cheaper than a home-cooked meal.

“I was conscious I wasn’t eating as much fruit and veg as normal, and it made me realise how hard it must be if you’re pregnant on a low income.” 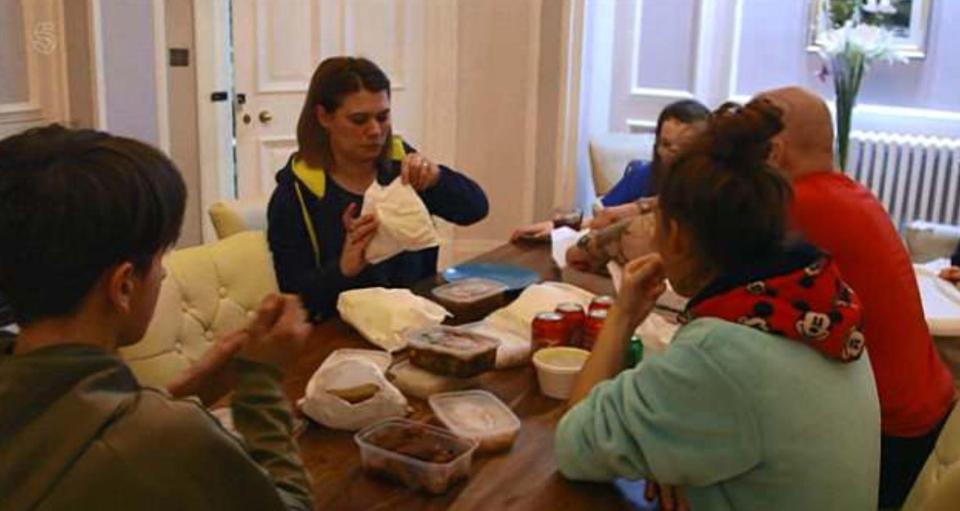 She wasn’t the only person in the family to embrace the new living situation.

Kerris added: “Oakley is too little to know what was happening, but Cooper took everything on board.

“He’d been anxious we wouldn’t have enough to eat and one evening I found him putting his pyjamas on in the dark because he didn’t want to waste electricity – the Flinthams use a top-up meter, something he’d never seen before.

“It was the first time in his life he understood what it was like to not be able to afford something.” 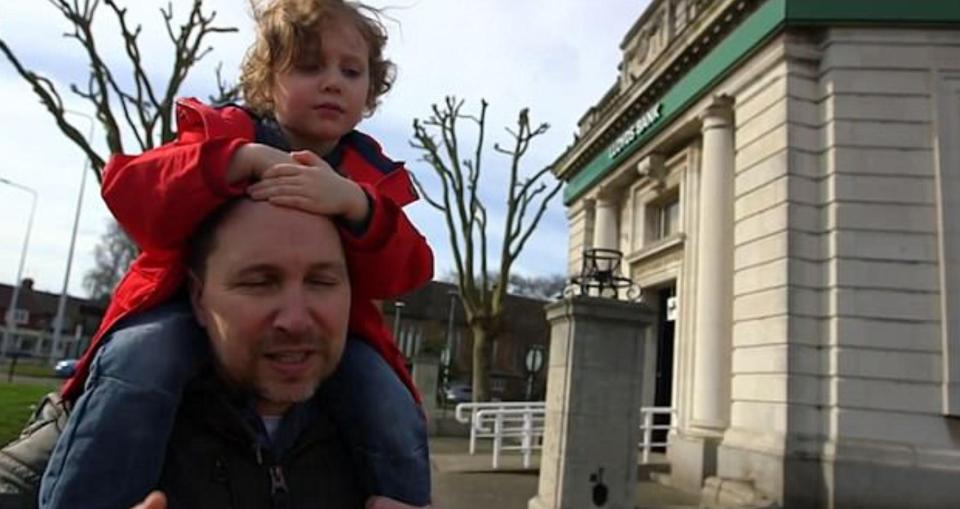 While the TV experiment had its challenges for the Scaife-Lacys, it also helped to bring them together.

Kerris said: “While we couldn’t have any treats, what we did gain was time together as a family.

“Plus, the boys made friends with the neighbours and had fun playing with them. It was clear that while we may be cash-rich, we’re also time-poor, juggling our jobs with the boys’ after-school activities, and we need to work on that.” 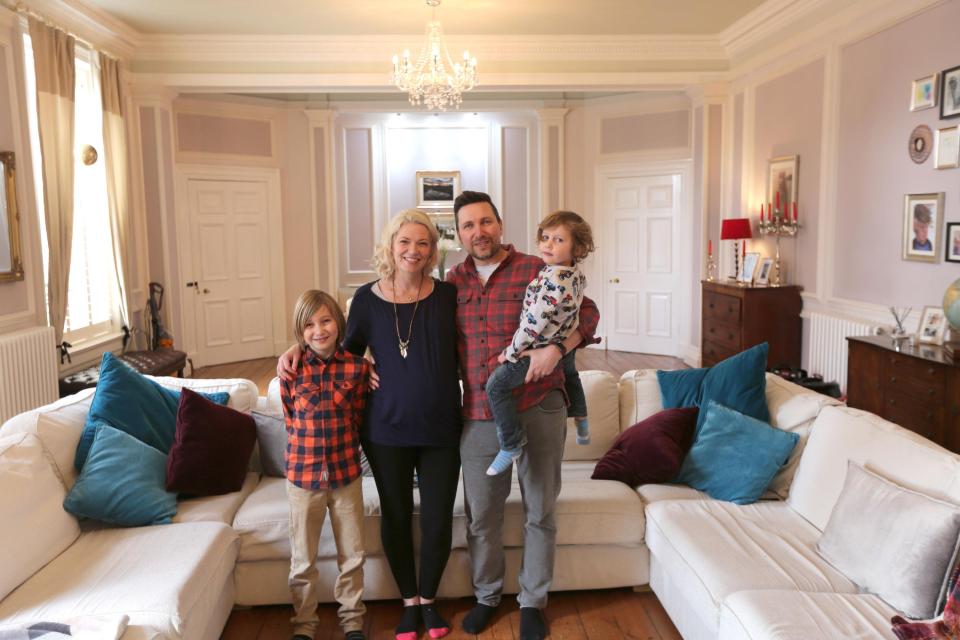 As the couples went back to their normal lives at the end of the show, they admitted they had both learned something from the other.

Kerris said: “It was good to go home again, but we’ve definitely made some changes since the experiment, like wasting less food and switching off lights in empty rooms to save electricity.

“But we’ll still have our holidays – what’s the point of working hard if we can’t enjoy our money?” 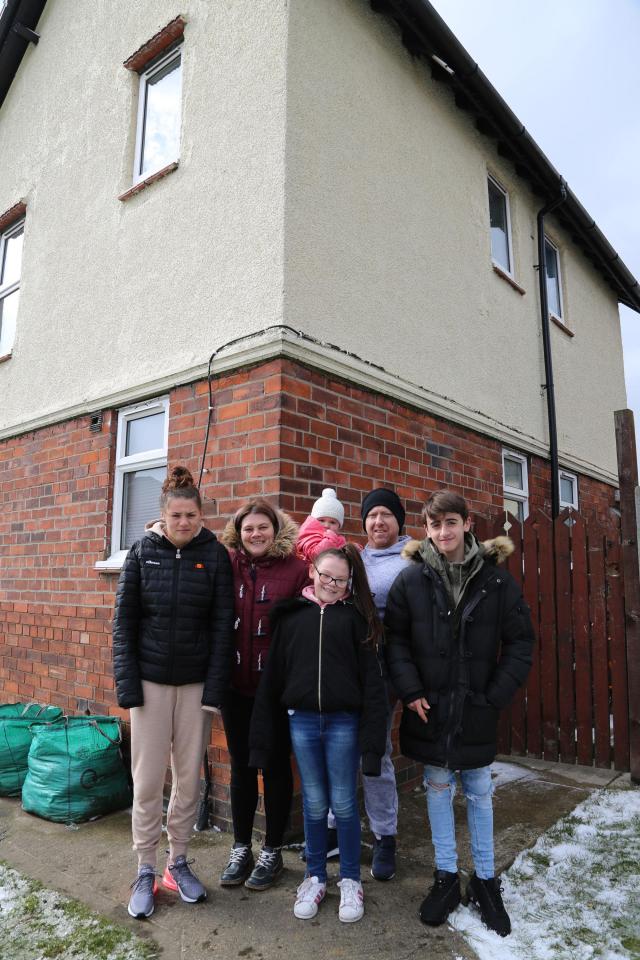 Meanwhile Sarah said: “By the end of the week I felt full of admiration for the Scaife-Lacys, rather than jealous of them.

“There’s no way I could begrudge them their expensive holidays and beautiful home as they’ve worked hard and deserve them. But did their money make us happier?

“No. Life was easier, but we’re just as happy in our council house.”

According to the Hull Daily Mail the family have become close friends after taking part in the show.

Previously a debt-ridden family were moved after the family they swapped with on Rich House Poor House decided to pay off most of their five-figure debt.

Recently, we spoke to a rich kid, 22, who swapped her Range Rover, £10k designer shoe and bag collection and ‘five-figure’ monthly spend to stay with family-of-five – and was shocked at their £50 weekly food budget.