In its first deal with an active athlete, Butler has purchased an unspecified equity stake and entered into a multiyear partnership that will make the NBA All-Star one of the faces and creative forces for the men’s active and lifestyle brand. Rhone, which was founded in 2014, has worked with Shane Battier, Justin Tuck, Troy Aikman and others, but they are all retired and served more as ambassadors, according to chief executive officer and cofounder Nate Checketts.

“We haven’t had a relationship like this with anyone else,” Checketts said. “Jimmy is such a unique individual. He literally came from nothing and he’s such a hard worker — he’ll get up for his workouts at 3:30 in the morning — and he’s a true competitor, he really wants to win. Jimmy contributes a strong perspective and is a natural fit for Rhone due to his entrepreneurial spirit, intense work ethic, passion for the greater good and comfortable cutting-edge aesthetic. We were attracted to his unique position and the intersection of culture, sports and fashion.”

As part of the agreement, Butler will become a creative collaborator for Rhone, working closely with the brand on design, marketing, and product collaborations and launching a new vertical.

They Are Wearing: Springtime Fashion in and New York, Los Angeles, and Austin

Butler will front the Rhone summer 2021 campaign and have input in the brand’s offering, including a potential Jimmy Butler collection.

Checketts said the deal came about quickly and the details are still being worked out but “he definitely has interest in putting a collection together.” He added that Rhone is “still trying to explore where we can go. We’ve shied away from formal endorsement deals like Nike and others do, so this marks a new chapter for us.”

Butler, who took a break from his workout to discuss the new deal, said the initial conversations started when the league was “in the bubble” last year. During the NBA season postponement, Butler turned to the Rhone brand for his apparel needs for working out and lounging at home. “How can you be comfortable and look as fly as possible?” he asked. “That’s when Rhone came in. Whenever you feel good, that’s great, but when you look good, that’s greater.” 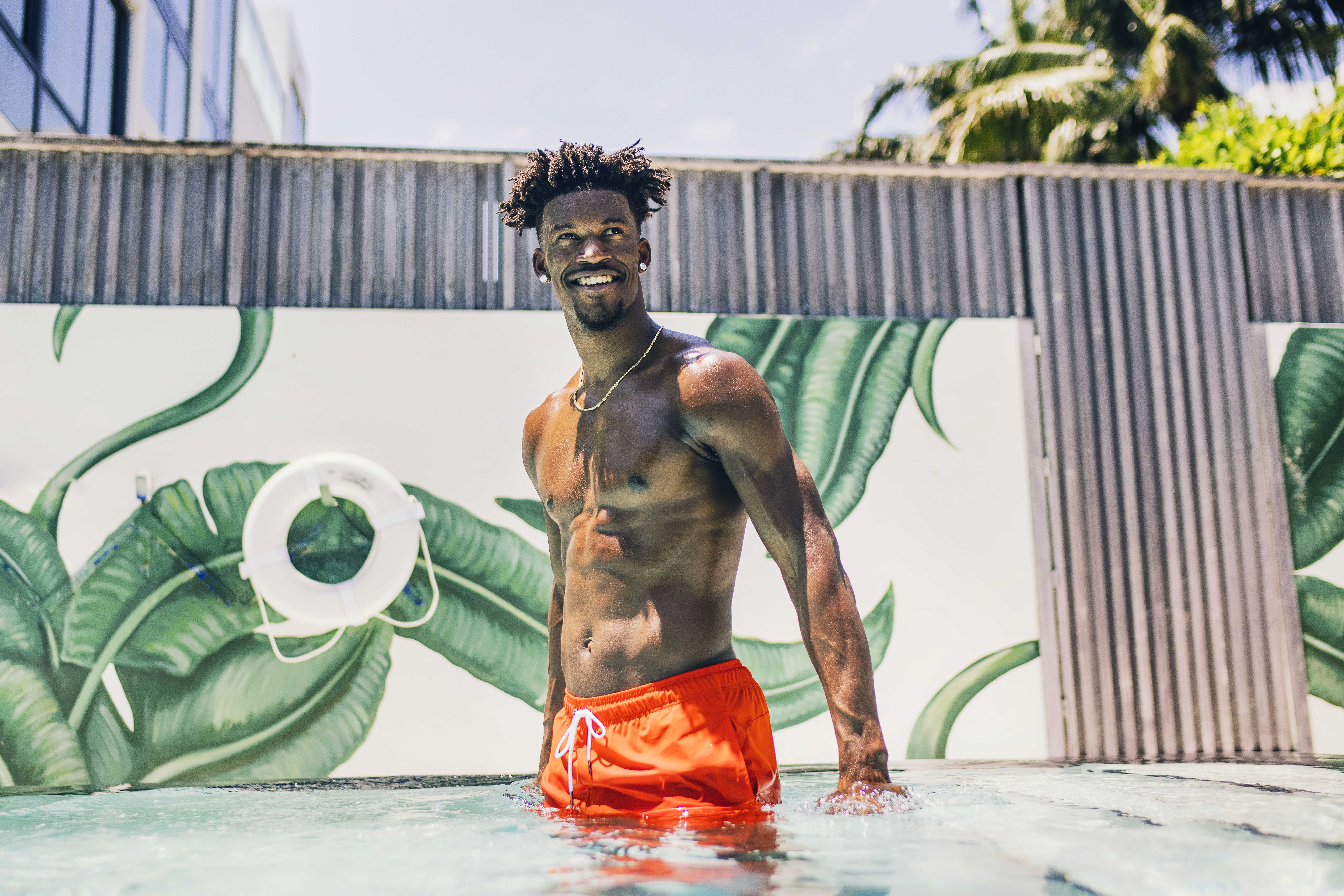 Jimmy Butler has also taken an equity stake in the company.

He touted the brand’s performance apparel and said a big part of his decision to partner with Rhone is how his family and friends took to the product. “I’m a big family individual, and it fits them so well,” Butler added. The slowing of sports merchandise in 2020 also played a role in the decision.

Drafted 30th by the Chicago Bulls in the 2011 NBA Draft, Butler made his name with the Bulls franchise before jumping to the Minnesota Timberwolves and Philadelphia 76ers and finally the Miami Heat, which he led to the NBA Finals in 2020.

Butler may enjoy wearing Rhone off the court, but on the court, he plays in Li-Ning sneakers, which has sponsored the all-star since December. He joined former Miami Heat star Dwyane Wade on the Li-Ning roster, as well as Portland Trailblazers point guard CJ McCollum, and Orlando Magic point guard Michael Carter Williams.

Prior to Li-Ning, Butler laced up Jordan Brand sneakers to play, but exited the deal in early 2020 about 10 months before his contract’s end.

As for Rhone and Li-Ning, Butler said the deals are “completely separate” and will not interfere with each other. “They understand how I feel wearing Rhone,” Butler explained. “They understand where I’m coming from.”

In addition to the apparel collection, Butler will work with Rhone on its “Forever Forward” mission to give back, and will include mental health initiatives as well as basketball clinics for underprivileged youth, Checketts said. “We’ll be working with him on that.”