Queen Elizabeth II is a lot of things: She’s regal, poised, and elegant, for starters. She’s also the ultimate matriarch, IMHO. One thing I never considered her to be? Shady. But speculations started circulating that the Queen’s brooches during Trump’s visit to England may have been subtle digs at him, I started to wonder if the Queen was, in fact, attempting to throw shade at the President of the United States. Tea alert.

On Friday, July 13, President Trump met with Queen Elizabeth for tea, and while their exchange seemed a little awkward in terms of body language, apparently, the real tea may have had more to do with the Queen’s ensemble than their interaction itself. Granted, it’s all speculation, and nothing specific meaning or ulterior motive has been confirmed, but in the name of an interesting theory, let’s run with it.

Besides her official role as, you know, Queen of the United Kingdom, Queen Elizabeth has also become quite renown for her fashion statements. She rocks vibrant shades from lime green to hot pink on the reg — need ye be reminded of her fierce neon royal wedding day lewk? Her colorful coats and sets are as iconically hers as Hillary Clinton’s signature pantsuits, but what you might have never noticed is that the Queen often uses her brooches to make statements as well, and said statements can go far beyond matters of style. 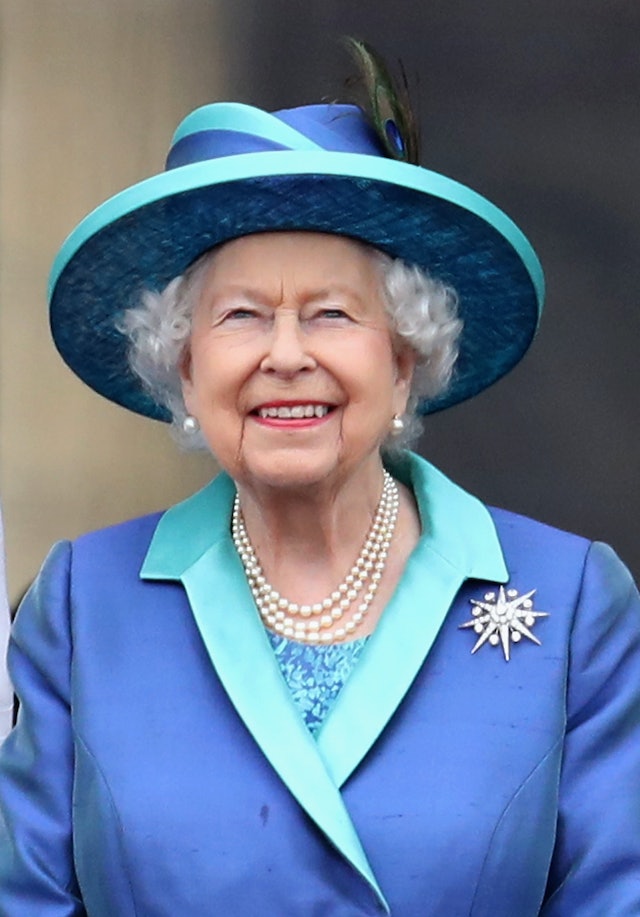 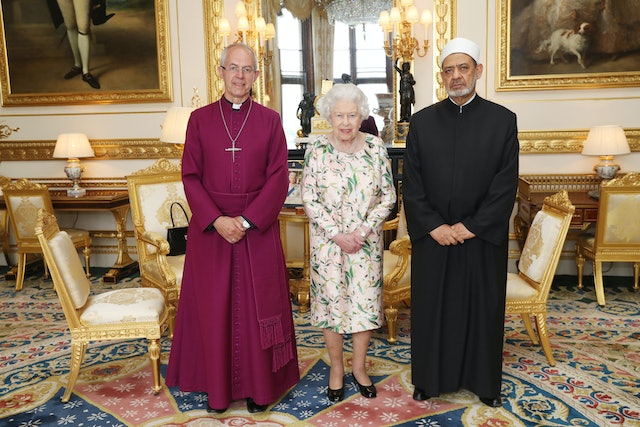 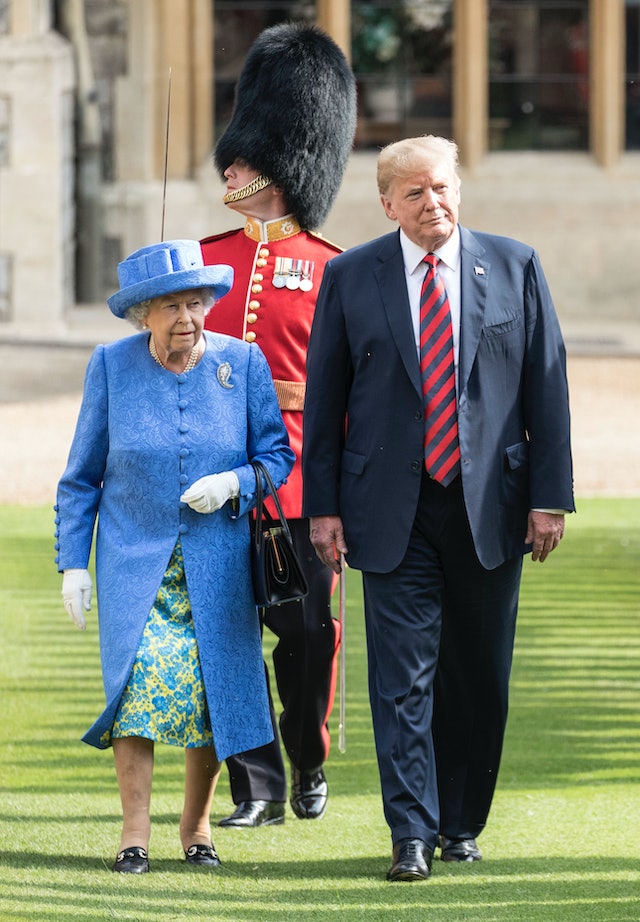 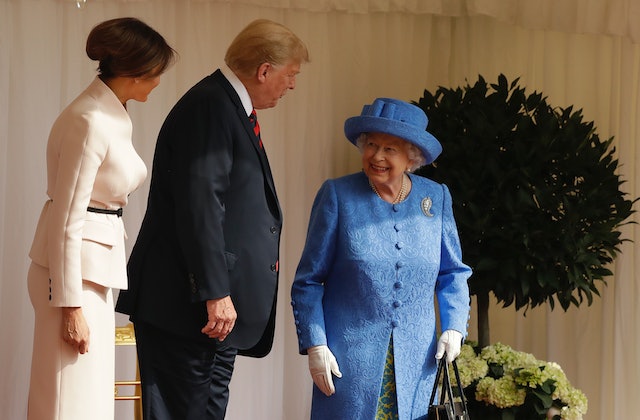 And the final straw (or brooch) of it all? On the final day of the visit, instead of wearing a brooch to acknowledge someone Trump beefed with, or a day she dreaded, she opted for the Sapphire Jubilee Brooch, gifted to her by Canada. Canada. 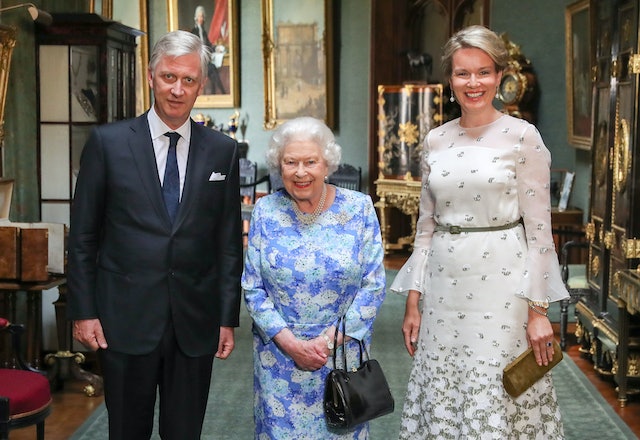 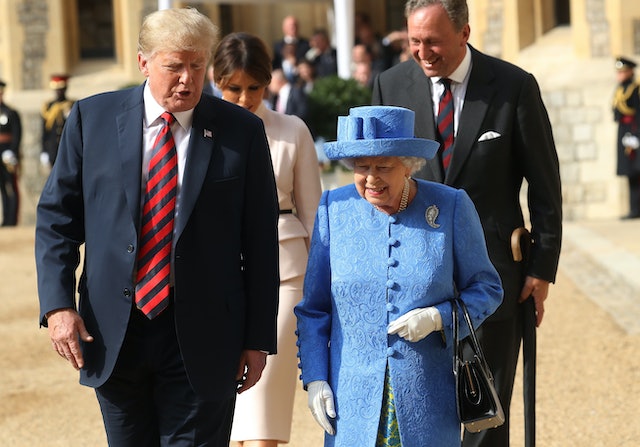 Maybe the funeral brooch is simply viewed as one of a myriad of special family heirlooms? Maybe she was just really feeling her paisley fantasy and wanted to go all out? Halfway through justifying this all in my head, I came across another tweet in the chain that really sealed the deal for me.

So all in all, was there really no tea, no shade? Tea has been confirmed — that’s what they met for, after all — and while the shade is purely rumor at this point, perhaps Queen Elizabeth did have a statement or two in mind when picking out her outfits that week.