When she married Captain Mark Phillips in 1973, Princess Anne famously borrowed Queen Mary’s Fringe Tiara from the royal collection – the diadem the Queen wore for her own wedding in 1947. But Anne has collated a collection of personal precious tiaras during her time as a royal.

The Pineflower Tiara is adorned with huge aquamarine stones and diamonds for extra sparkle.

Like most of her diadems, Anne was actually gifted the Pineflower Tiara by another member of the Royal Family.

King George VI commissioned the tiara for his wife, the Queen Mother, to mark their anniversary. 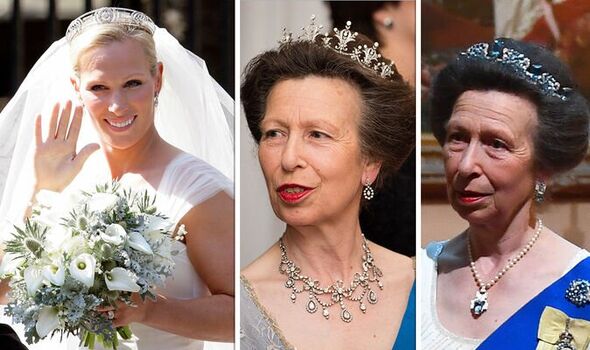 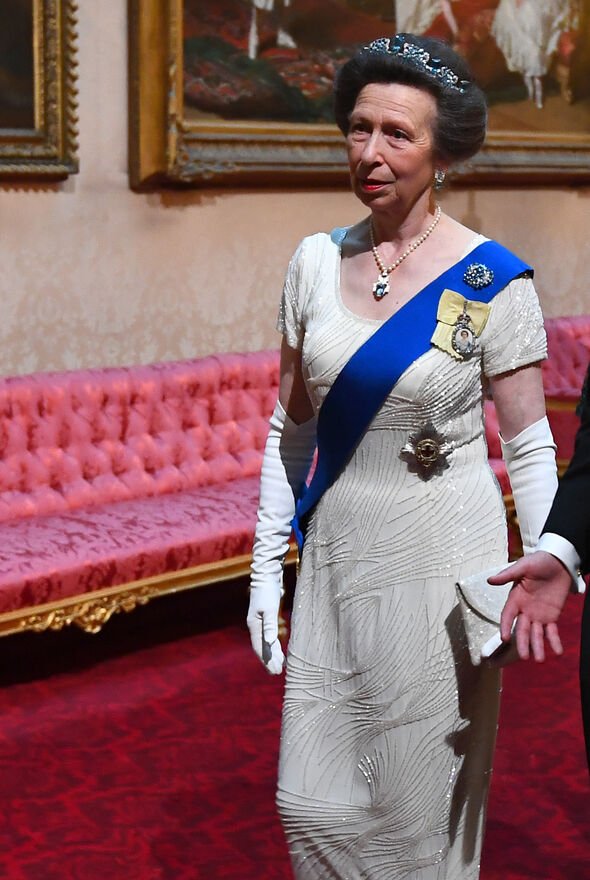 The Queen Mother then gifted her granddaughter the diadem in 1973 to celebrate her wedding.

The Princess altered the tiara to make it shorter, according to the Court Jeweller, and removed a central aquamarine and diamond piece.

This element can now be worn alone as a brooch, while a statement aquamarine takes centre stage in the tiara.

Aquamarines are a popular choice for royal tiaras, with the late Queen and Sophie, Countess of Wessex donning several aquamarine pieces over the decades.

Princess Anne has often reached for her Festoon Tiara over the years and it first entered her possession in the 1970s.

The tiara was reportedly generously gifted to Anne by the World-Wide Shipping Group after she christened one of their ships.

The tiara has distinct scrollwork, impressive height, and it is bedecked with diamonds. 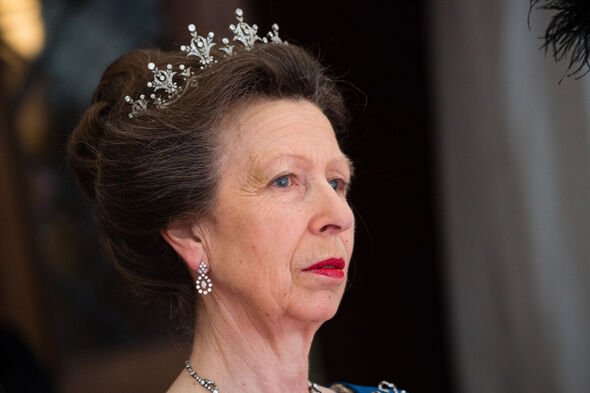 The Meander Tiara originally belonged to Princess Anne’s grandmother, Princess Alice of Battenberg, who was known as Princess Andrew of Greece and Denmark after marriage.

When her son the Duke of Edinburgh married the future Queen Elizabeth II, Alice gifted the bride the stunning tiara.

The Queen and Philip later gifted it to their only daughter Princess Anne. 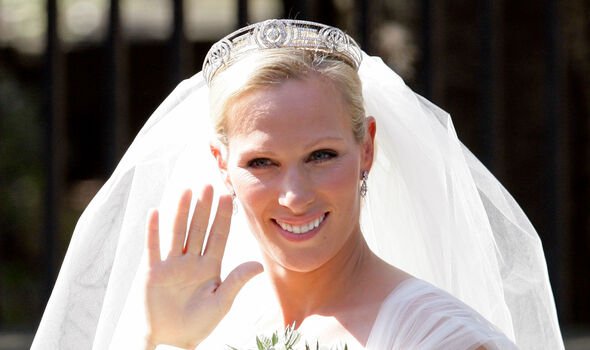 The tiara has a distinct Greek key design and it is adorned with an array of glistening diamonds.

Experts have estimated the tiara could be worth up to £4million, due to its royal provenance and the fact it may have been crafted by renowned jeweller Cartier.

Anne has worn the tiara on several occasions, but to the delight of royal fans, it got perhaps it’s most famous outing in 2011.