She also agreed when Riley asked if he could have his right ear done aged four and has rubbished claims it sexualises youngsters. 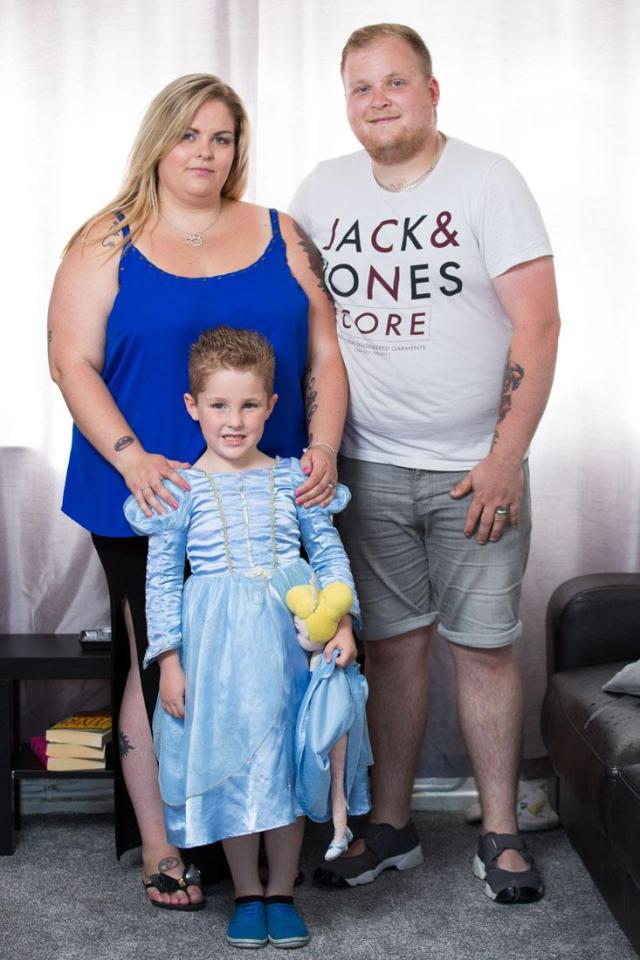 Recently I paid for a good friend of mine’s granddaughter to have her ears pierced.

It was for her first birthday and that was what her nan wanted. 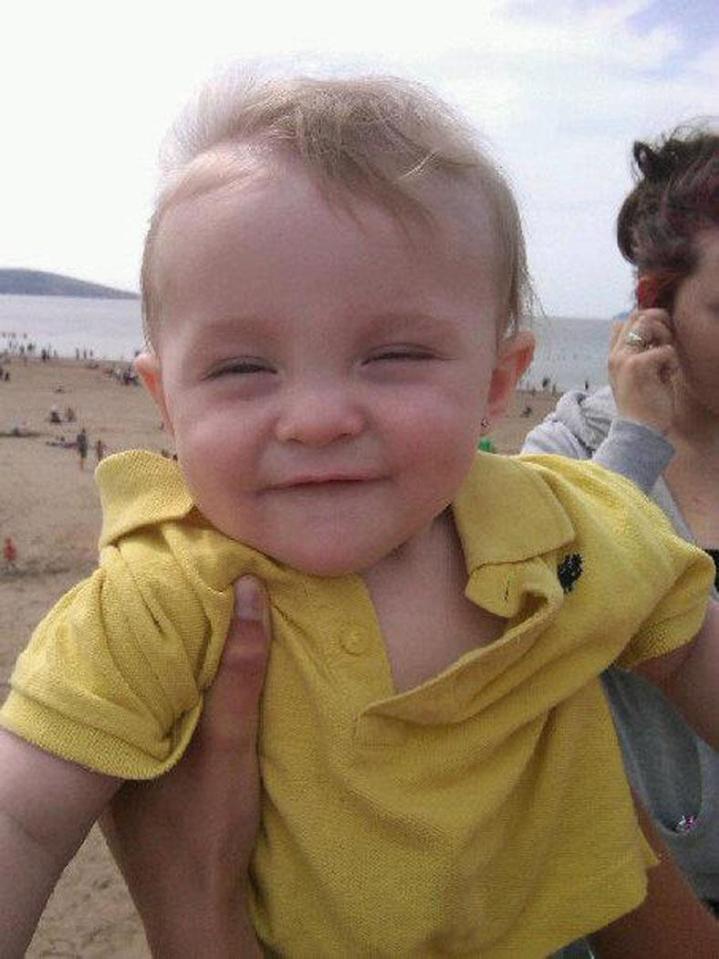 Now six, he loves his piercings – he calls his earrings “my pretties”.

Nathan has his ears pierced twice, so once Riley-Prince saw that, he wanted his done too.

But I have been criticised for letting my son have his ears pierced.

A few people have said, ‘I wouldn’t let him wear two earrings. That’s for girls.’ 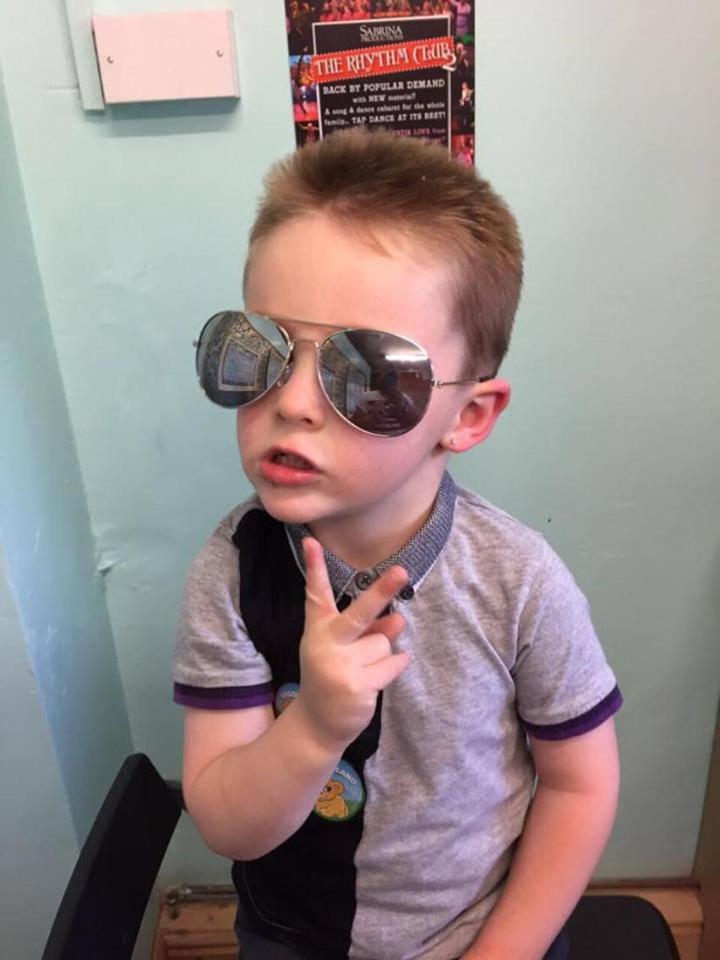 But he’d been asking for ages and I’ve always said, unless it’s something completely unreasonable, he can have what he likes.

A couple of times family members have taken his earrings out when they’ve looked after him but I always put them straight back in.

His school has not complained though – except on one occasion when he wore pumpkin-shaped earrings on Halloween. 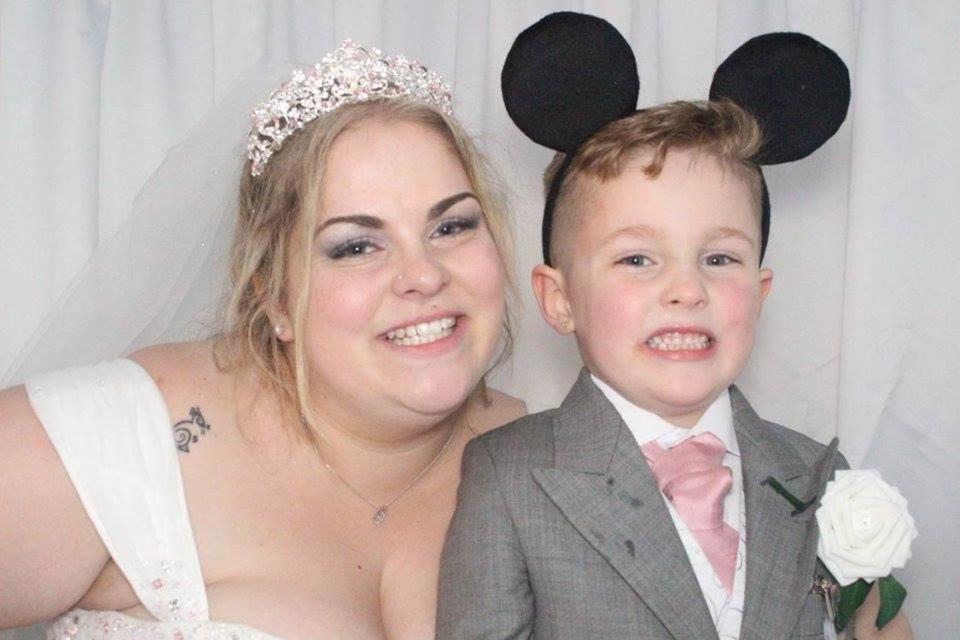 And that was fine – they weren’t appropriate for school, so he took them out and put normal studs in.

So when I heard about the This Morning segment on babies having their ears-pierced, with people saying things like, ‘It’s child abuse’ and ‘It sexualises babies’, I thought it was rubbish.

It’s not child abuse. And there is nothing sexual about it. 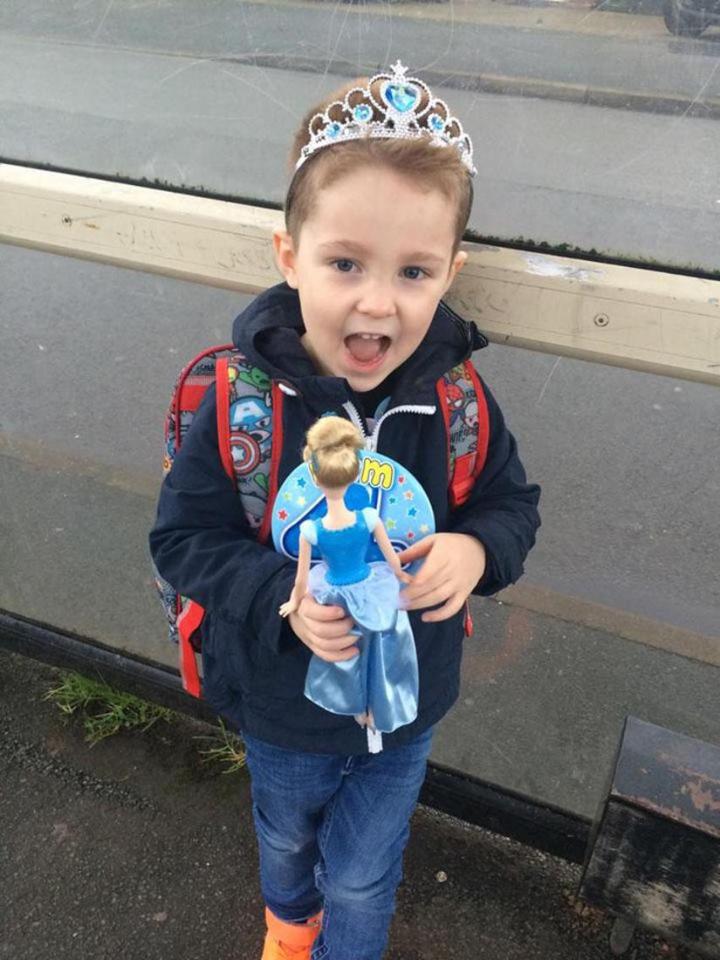 If it was abuse then he wouldn’t be allowed to have it done – and shops like Claire’s Accessories wouldn’t offer it to babies.

You could also argue it is child abuse to feed a child McDonalds, and you should only feed them carrots.

But no-one kicks off about that. 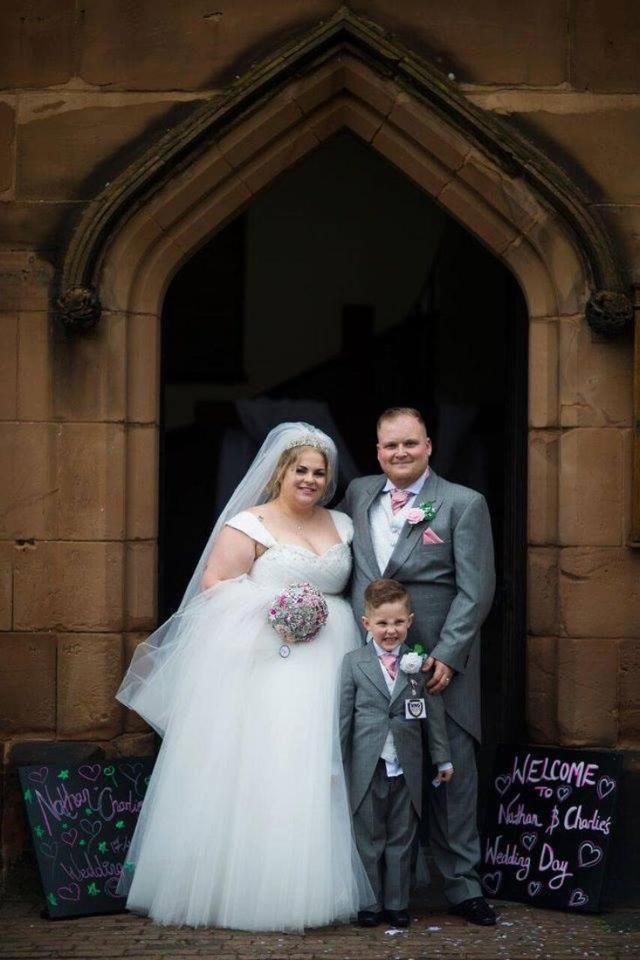 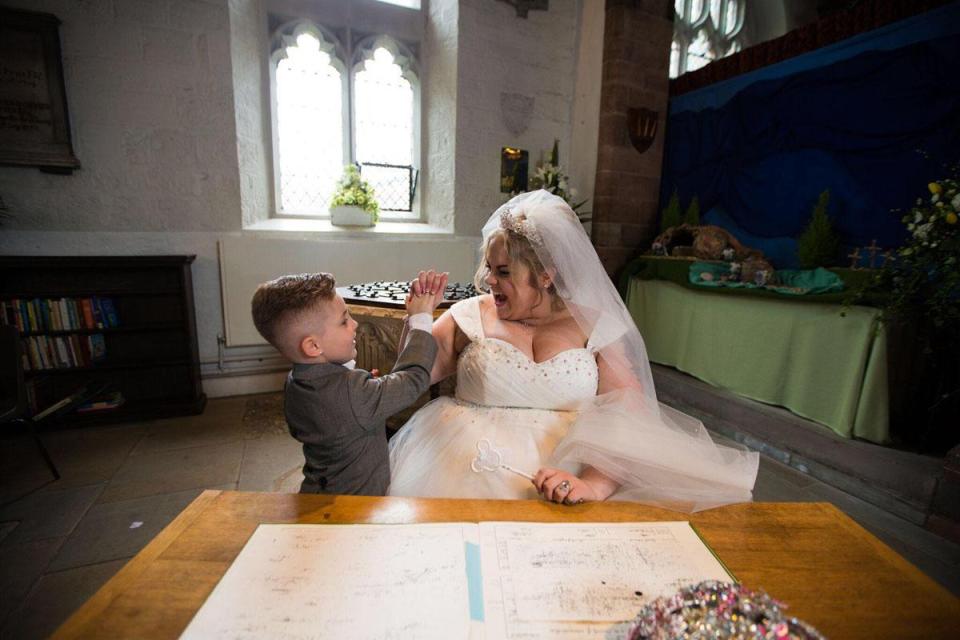 Lots of people have their babies' ears pierced for different reasons.

In Riley-Prince’s case we knew he would more than likely want it done when he was older.

I’ve got multiple piercings and Nathan has his ears pierced too.

So he thinks it’s normal.

That was what some mums argued on This Morning earlier this week.

Alley Einstein, who has a seven-year-old daughter, claimed that piercing a child’s ears was no different to piercing a dog’s ears.

And she even compared using culture as an excuse to behaving like “Adolf Hitler.”

Appearing with Raj Gill, who had her five-year-old’s ears pierced, Alley said: “I think we should set the time and age when a child should have it done and it should be at least 10 years of age.

“We’re forcing our children to be sexualised too early.

“We’re slamming needles into their ears. We don’t need to do that. Our children are beautiful enough."

Yes, it was my decision to have his ears pierced when he was a baby, because at four months he couldn’t make that decision, but he is my child and I am his mum and I think it is okay.

The second time he had it pierced I actually worked for Claire’s Accessories and I saw what happened… it was fine.

Everything was clean and sterile. 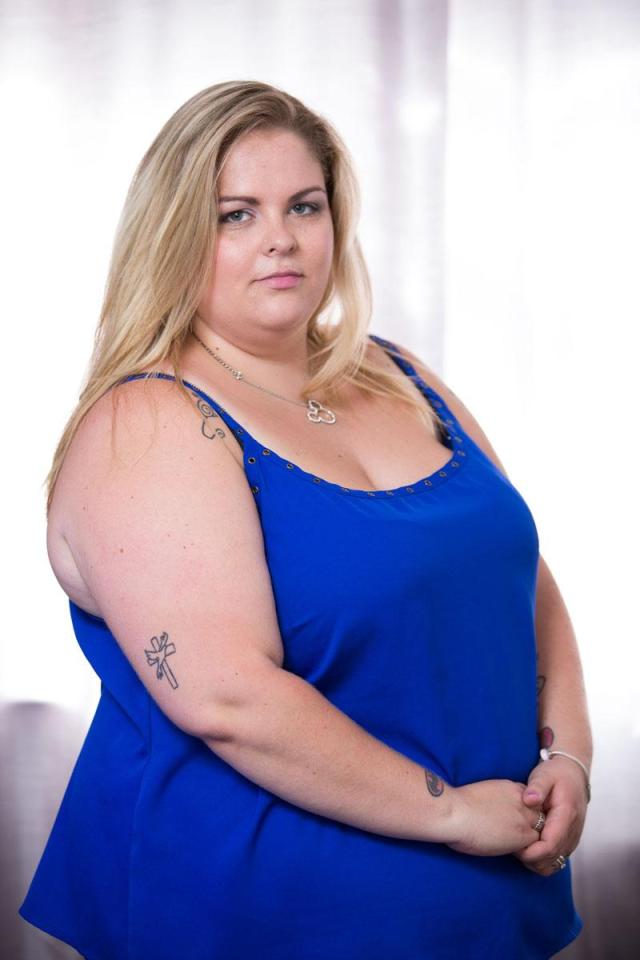 And, both times, he barely reacted. It was over in seconds.

I actually thought it was best to get it done when he was young and wouldn’t fiddle with it.

People have told me it was cruel and not his choice, but the way I see it he’s grown up knowing no different. 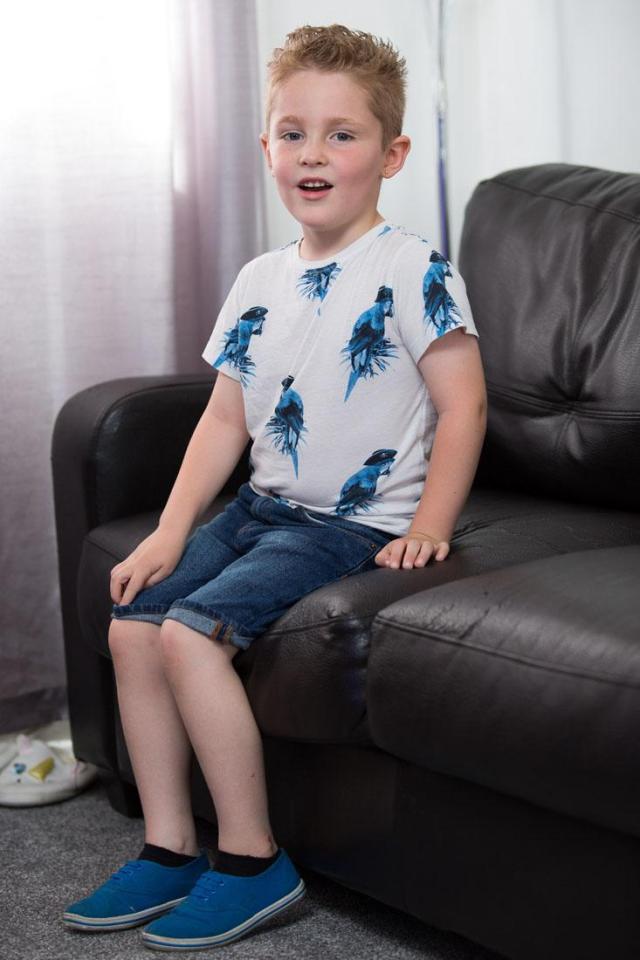 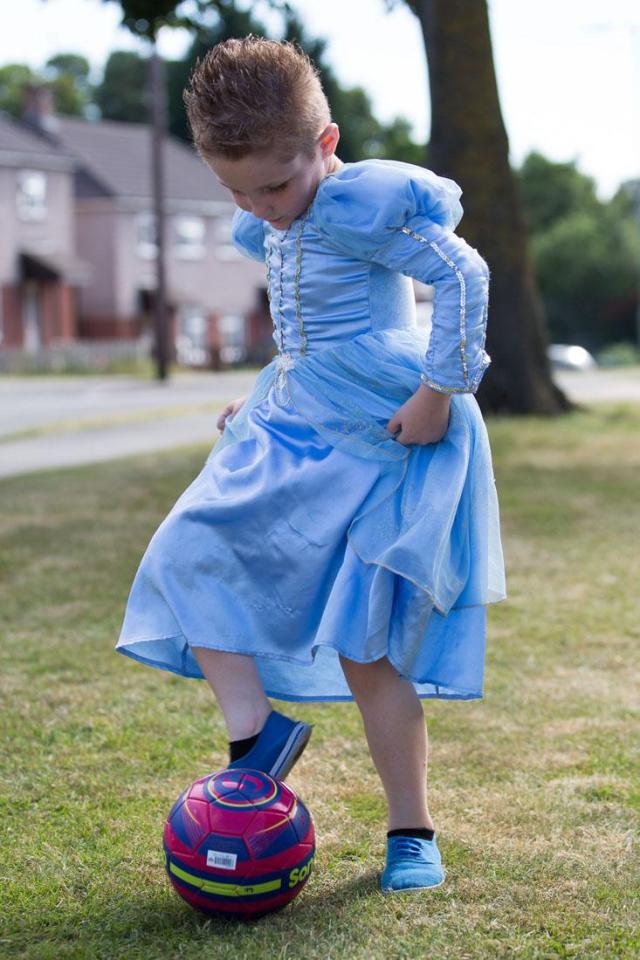 I don’t take people’s criticisms in. I don’t need to listen to them.

And he keeps his piercings so clean.

When he was a baby I did it as part of his routine, but now he does. He’s very independent.

He asked for a Cinderella dress for his fourth birthday, so I bought that for him.

I’ve had people tell me I shouldn’t have let him wear a dress, and when we’ve been out to dinner, people have stared and whispered. 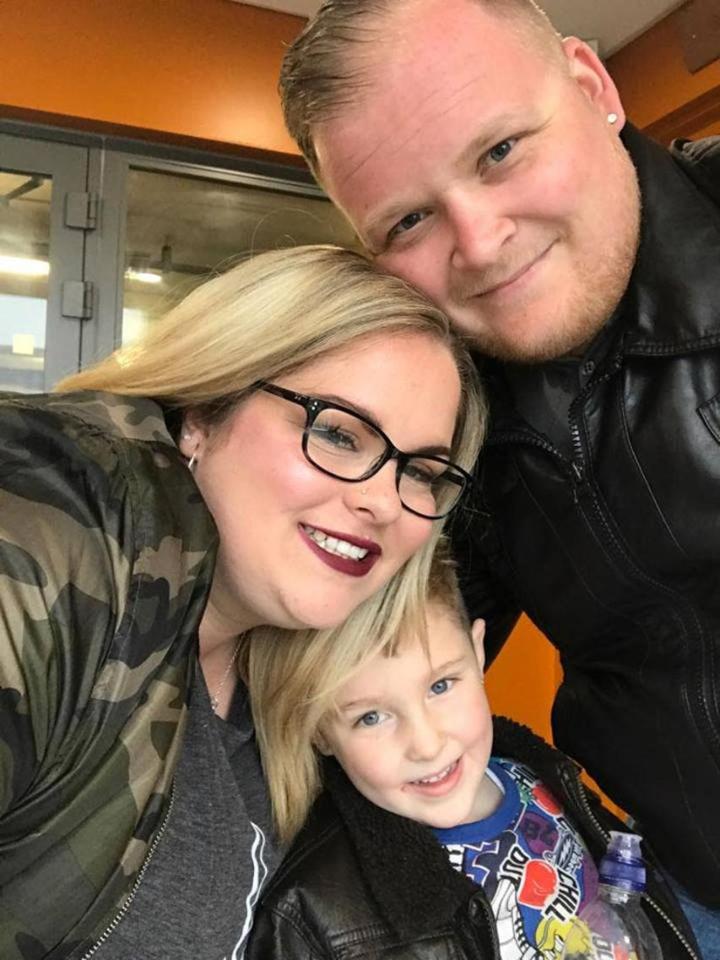 It’s ridiculous that boys are meant to like one thing, girls another. Who cares if boys like pink, or if girls want to join the army?

There’s no need to make comments about my son, or how I bring him up. If you don’t like him, don’t look.

I don’t think he is gay and, actually, even if he was I wouldn’t have a problem.

He’s my boy and I am proud of him.

A mum recently sparked the debate on ear piercing by asking if she should let her four-year-old have it done.

Previously a mum was accused of  child abuse after video of baby having her ears pierced sparks outrage on Facebook.