The funny advert shows a pear with half a lemon perching precariously on-top of it. 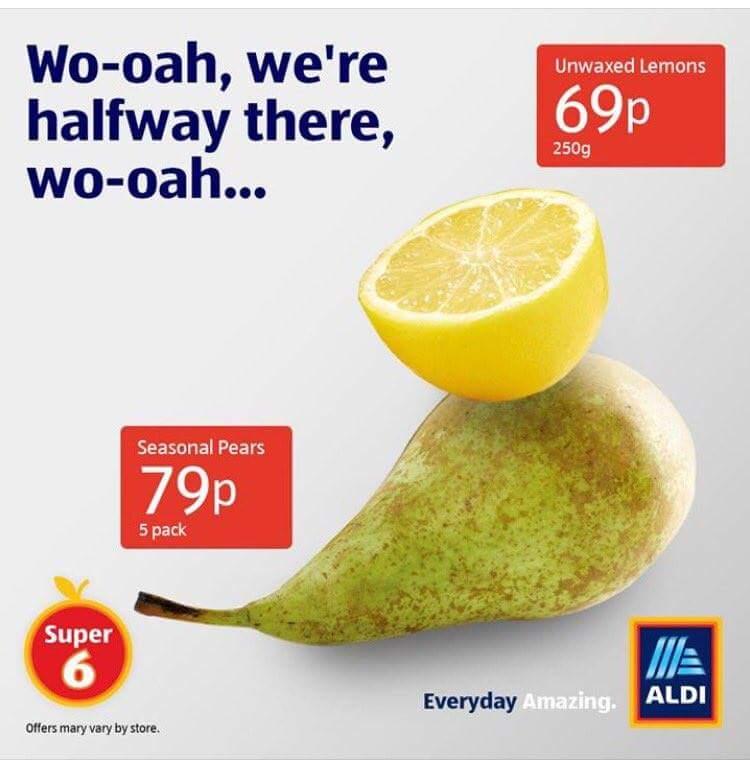 But, the advert isn't just showing off the budget brand's cheap and cheerful fruit – there is also a hilarious hidden pun.

So, can you spot what it is?

The advert is actually a play on Bon Jovi's Livin' On A Prayer. 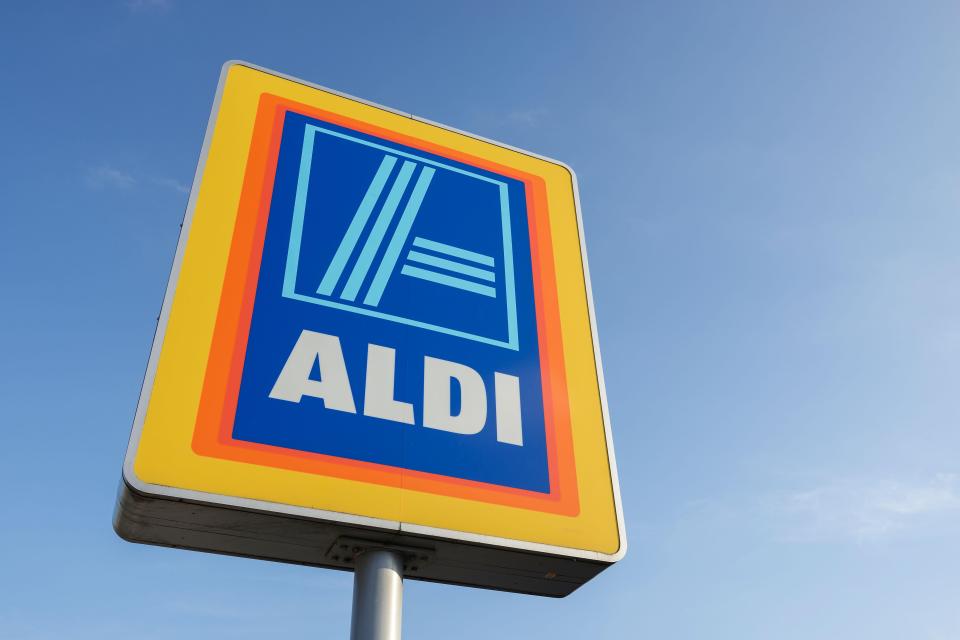 The words read: "Wo-oah, we're halfway there, wo-oah…" then the picture of the fruit gives you: "lemon on a pear" – instead of the final lyrics "living on a prayer".

Many reddit users have been quick to praise the ad after it was posted with the caption: "Aldi doing advertising right".

Others were left stumped by the ad.

One wrote: "How the hell did everyone get this so easily"

Another added: "I thought the pun was: 'Woah-oh, we're halfway there, Wo-oh, Seasonal Pears' which made the presence of the lemon a bit weird."

However, some eagle-eyed users were quick to point out that the advert was just rehashing an old meme with the same pun.

One said: "It was a meme done to death like 2 years ago…"

In other Aldi news, the brand is launching a dupe of Urban Decay’s Naked eyeshadow palettes… but they’re £33 CHEAPER.

They also have a new range of cocktails in a can – and they cost just 85p each.

And, Aldi’s new swimming range includes an inflatable doughnut for £5.