WE'RE only a week into December and our kitchen cupboards are already BURSTING full of festive chocolate.

Well if you also went overboard with the Terry's Chocolate orange already this Christmas, then one savvy woman has revealed how you make it into fudge – and it couldn't be easier to do. 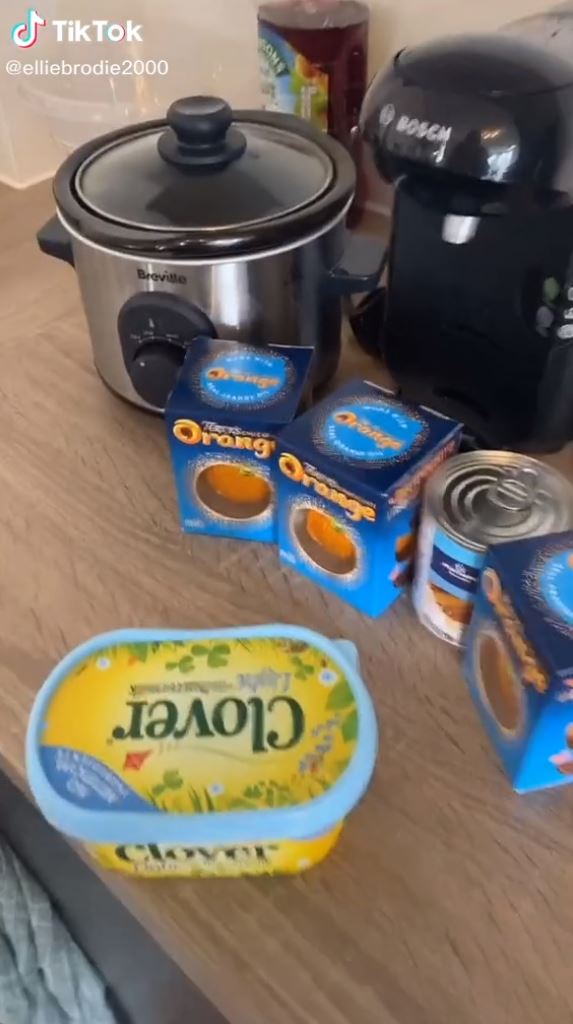 Sharing her super straight-forward recipe on TikTok, the student started by putting three Terry's Chocolate Oranges into her slow cooker.

Then, she poured a can of condensed milk over the top and added a spoonful of unsalted butter.

Next, she put the slow cooker on its highest setting and left the lid off.

Over the course of an hour, the woman regularly stirred the mix until it was smooth and then decanted it into a greased tin. 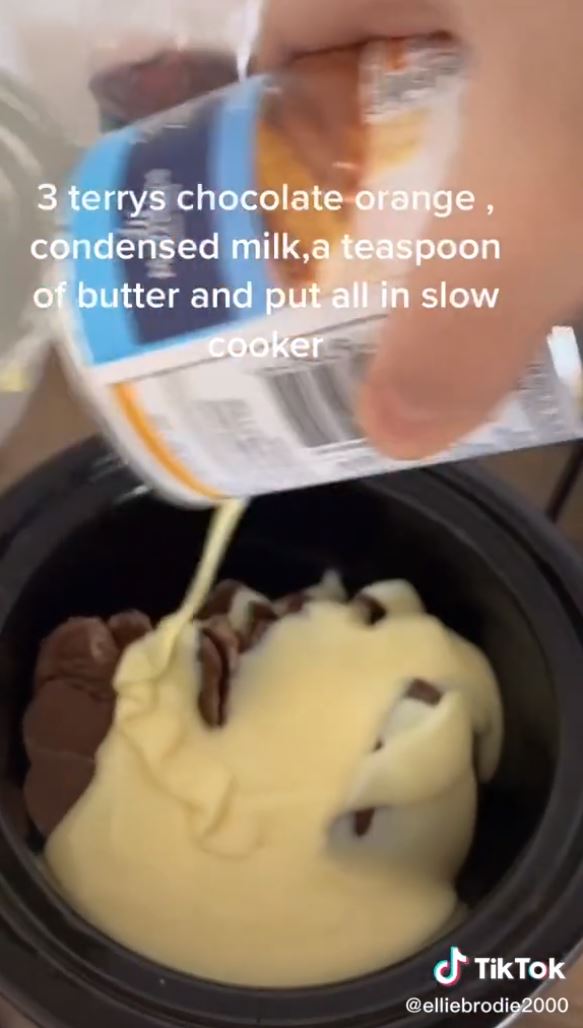 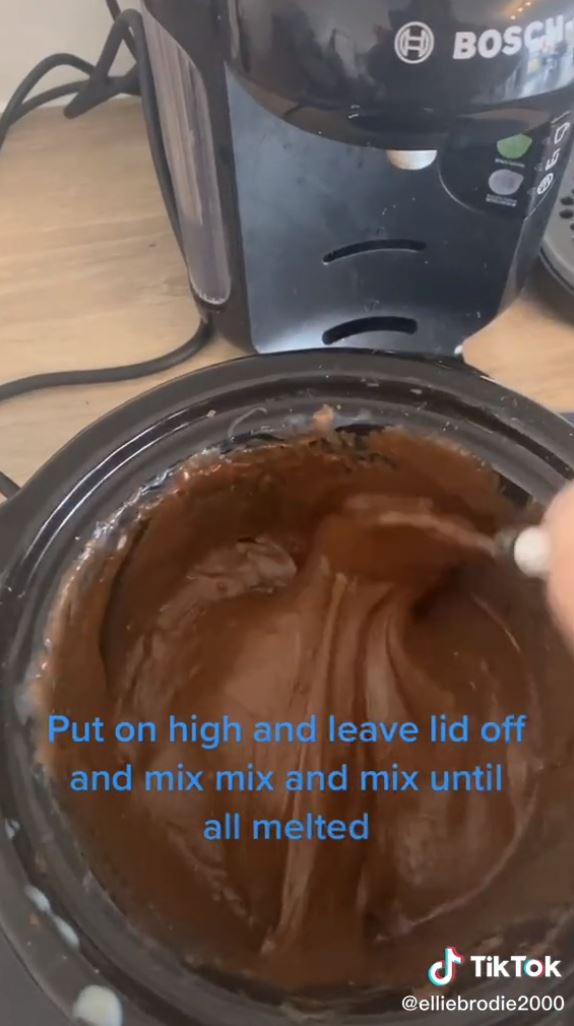 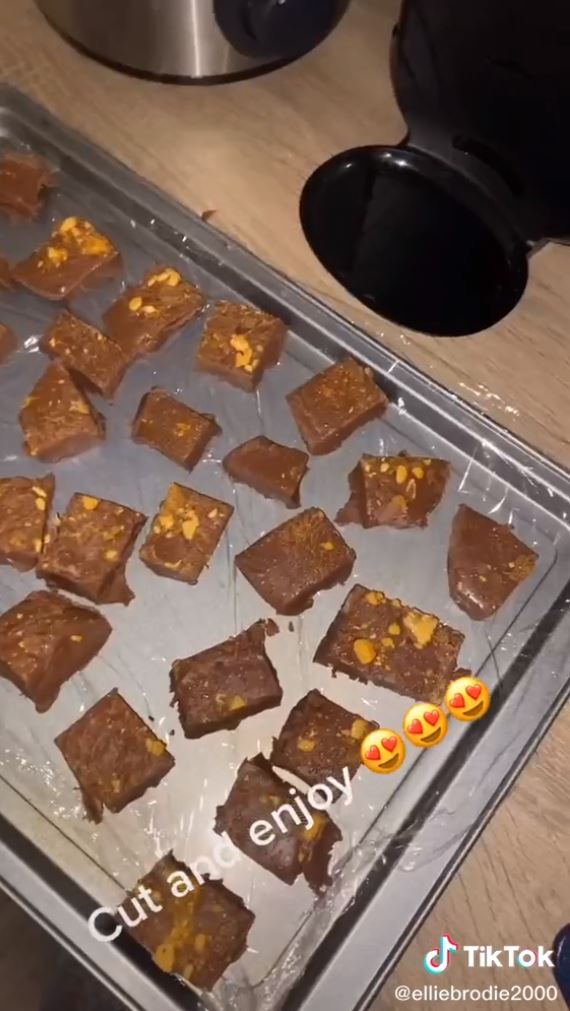 As an added bonus, she scattered a crushed up Crunchie bar over the top to give the fudge some texture.

After this, she popped it in the fridge for three hours to set and cut it up into bitesize pieces.

Sharing a photo of her Christmassy fudge, the student wrote: "Cut up and enjoy!"

What's more, people are making amazing chocolate chip cakes in their slow cookers and you only need three ingredients.

For more festive food stories, this dad sparked debate after auditing a box of Celebrations – and is outraged to find 13 Milky Ways.

And the batch-cooking queen showed how to prep your Christmas dinner NOW to take the stress out of the big day.