A FITNESS guru wears skin-baring gym outfits, but she doesn’t let other people bully her because of it.

Kayla Kaukola posts exercise content on social media, and usually wears revealing workout outfits to the gym when she films herself. 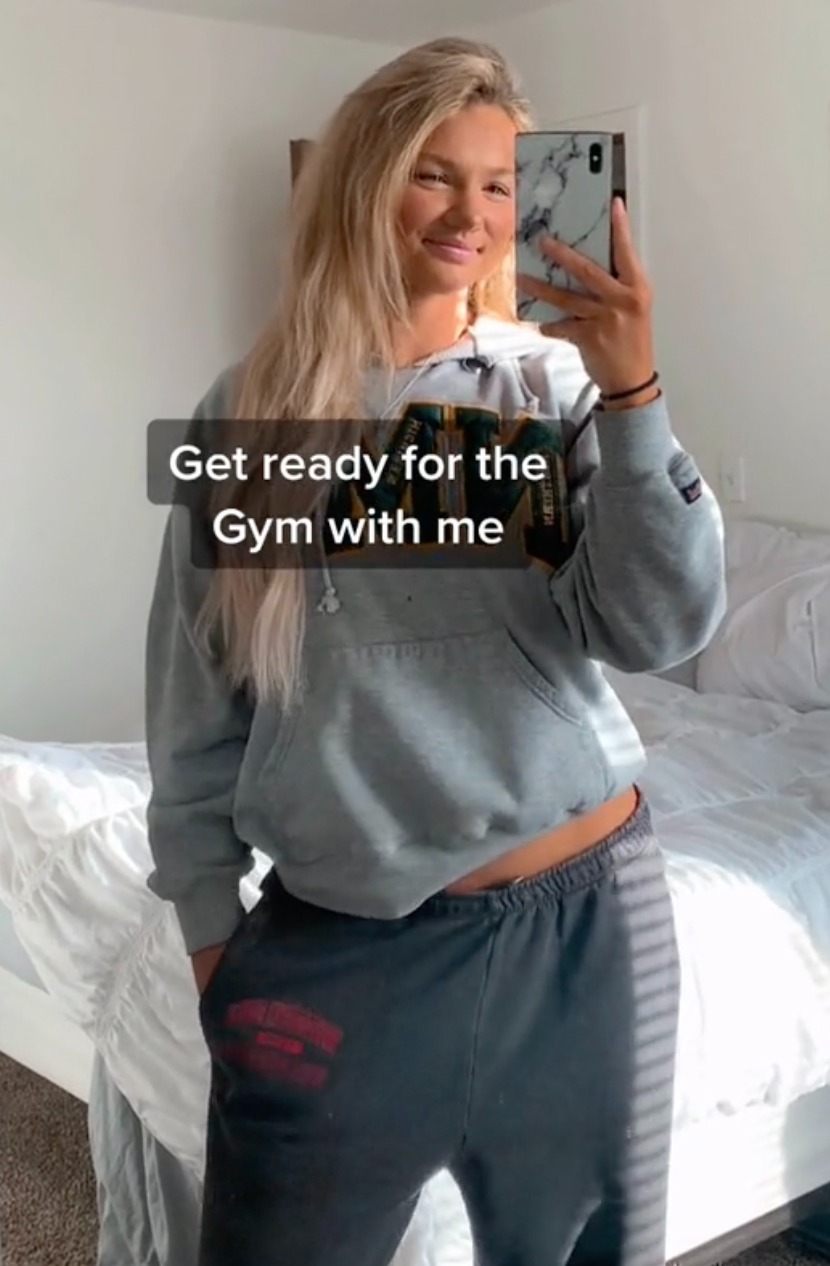 In one instance, Kayla posted a GRWM video on her TikTok. First wearing a baggy hoodie and sweatpants, she was very covered up.

Then she threw a pair of matching black high-waisted leggings, a bandeau, and high socks on her bed.

The video transitioned to a mirror selfie where Kayla posed in the outfit. As she smiled, her chest, arms, and upper torso were completely exposed.

She also shared footage of her adding a black dad hat to her look. And when she turned to the side, she revealed that the leggings had round cutouts down the sides of her legs, which made her skin peek out. 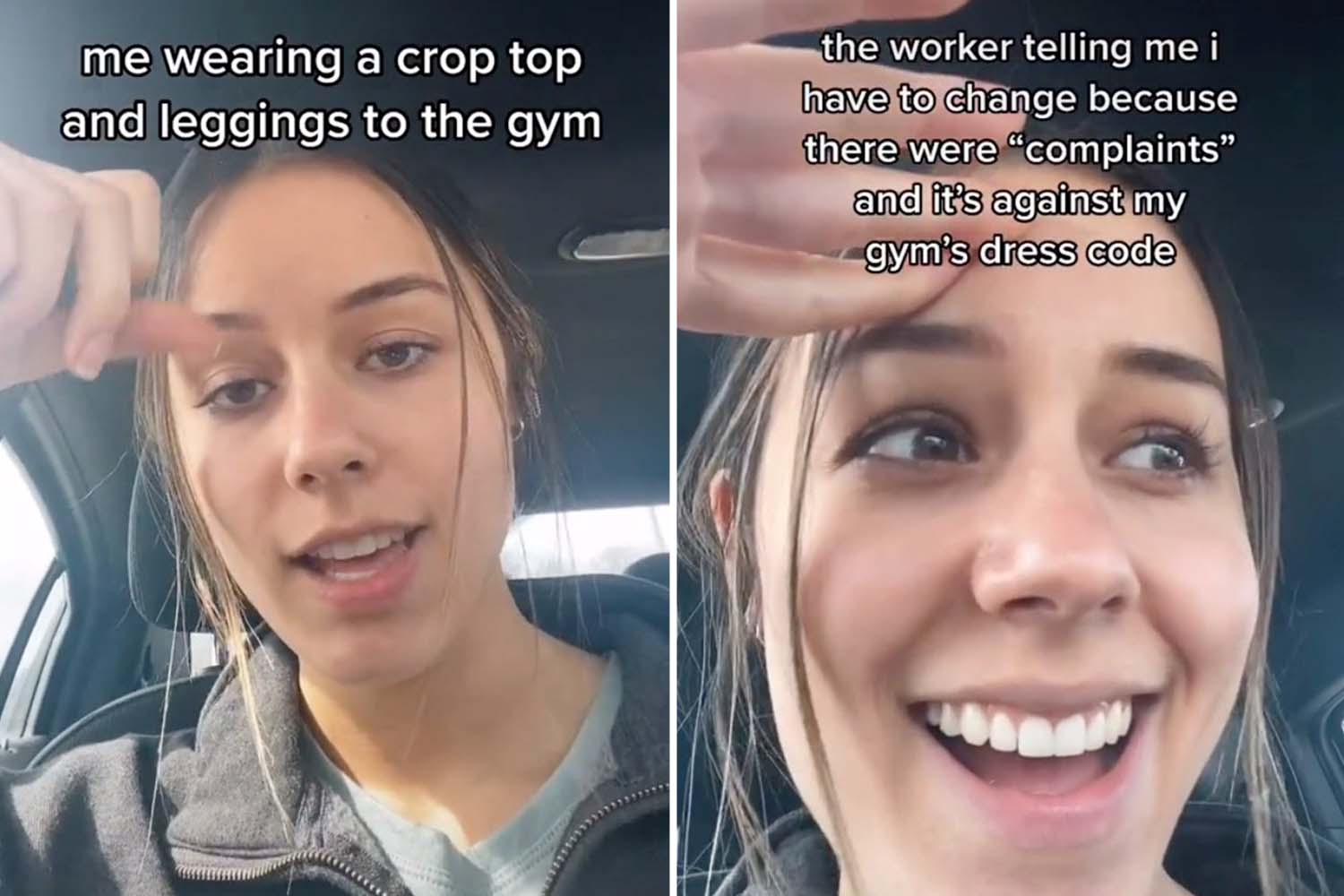 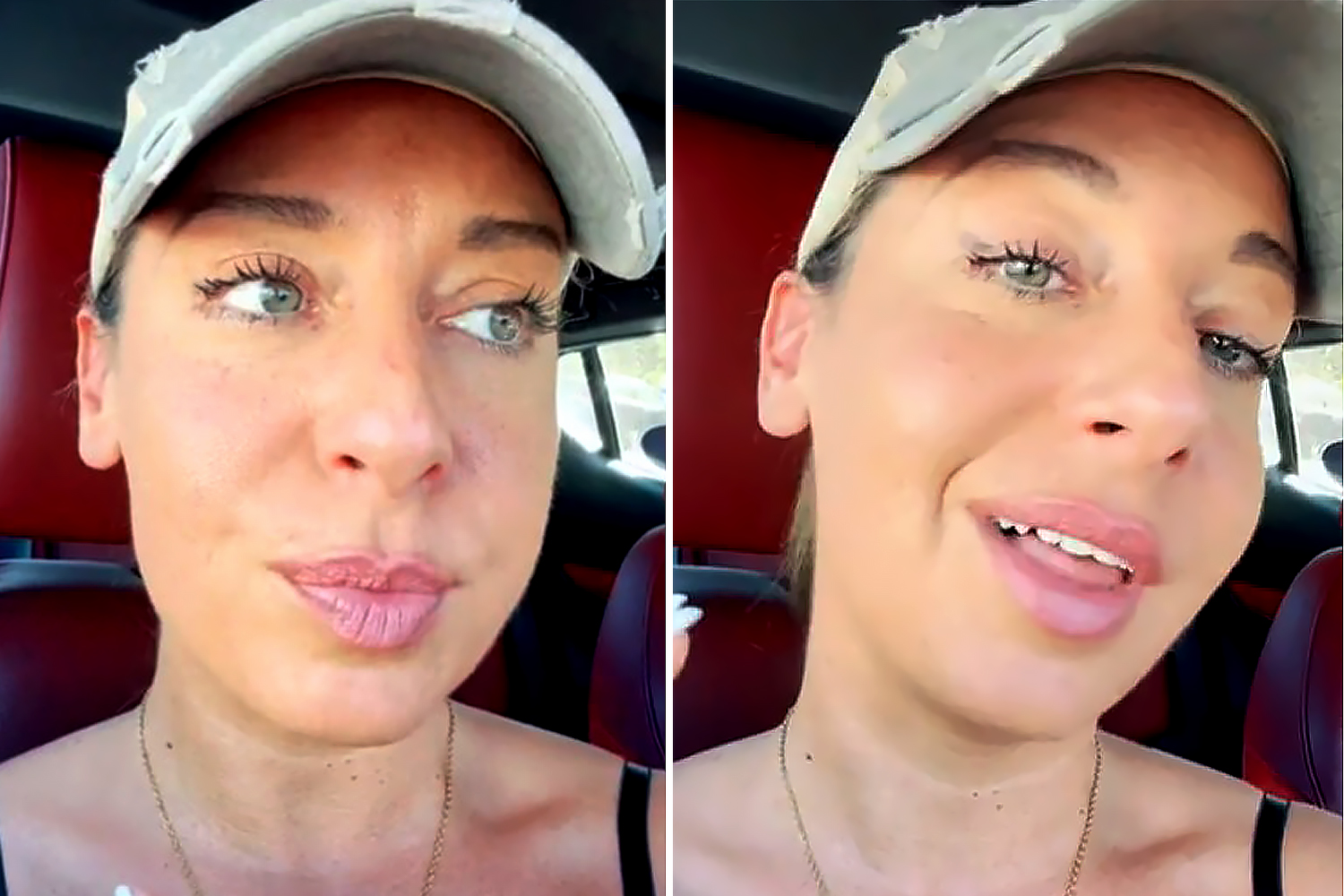 I was dress-coded at the gym – I left, they claimed I made women ‘uncomfortable’

“The cutest gym girl ever,” someone commented.

But another wrote: “Phew that is a lot of trust in a strapless top. I could never.”

This is the type of comment Kayla seems to hear frequently. She made a follow-up video responding to any haters.

Wearing the same bandeau and leggings, Kayla wrote: “Gym Karen offended by my bandeau sports bras being too revealing.” 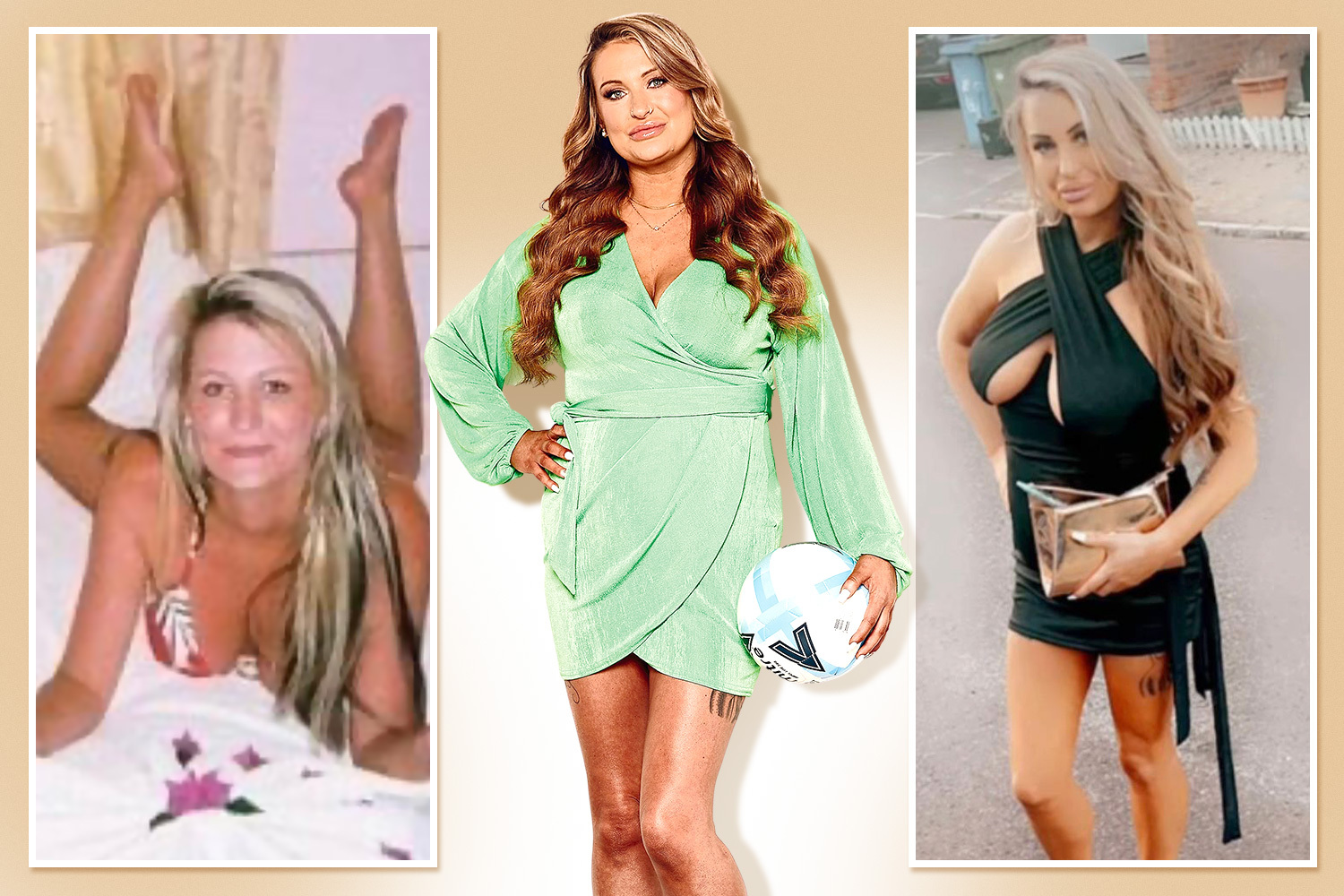 At the same time, a viral audio of someone saying: “Take it off” played, mimicking what people say to Kayla.

Then the audio continued: “I would rather die,” paralleling Kayla’s point of view.

She proceeded to flex her exposed arm muscles in her workout outfit. 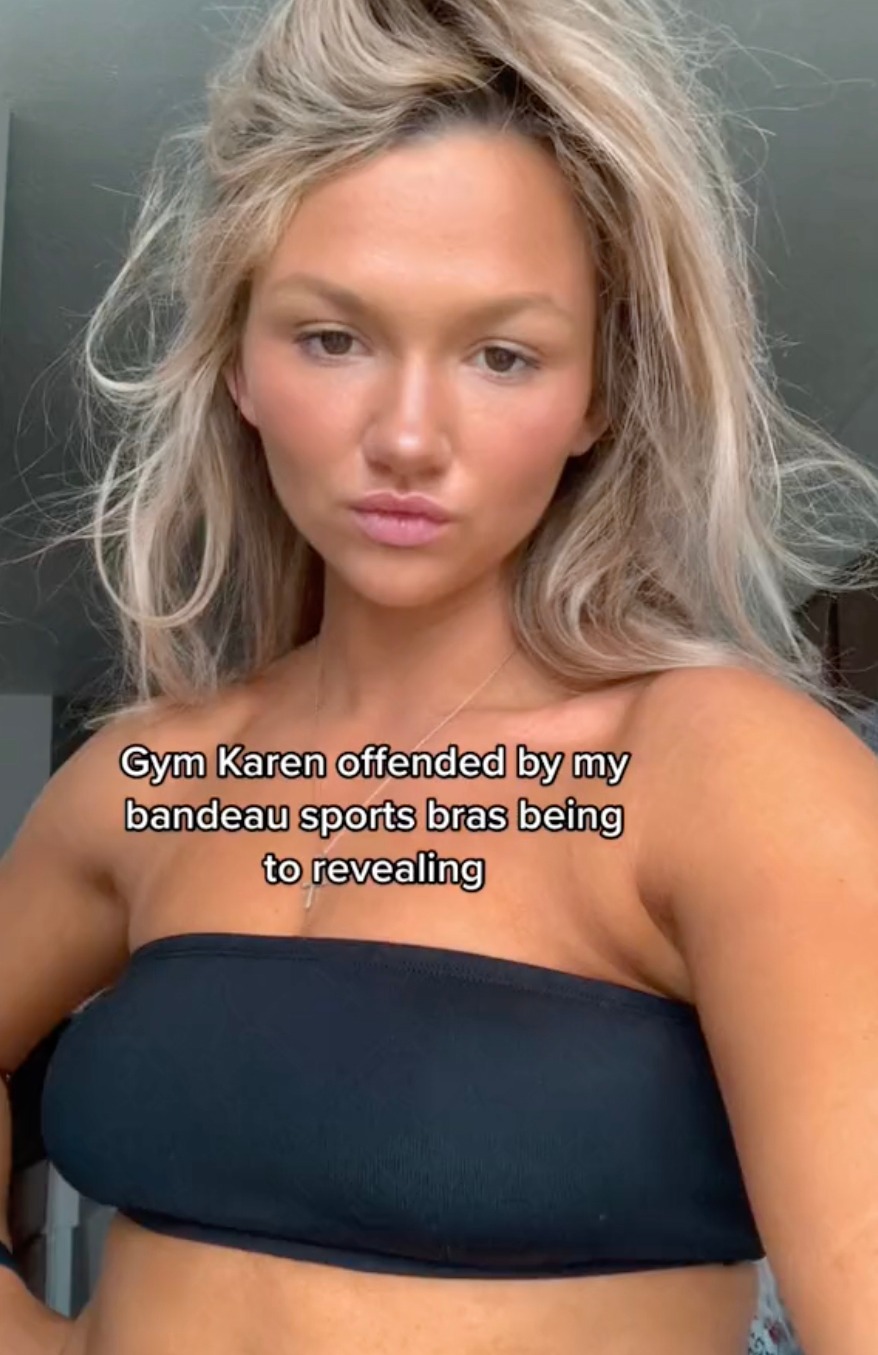 “Loud and proud baby,” someone commented.

But others seemed to echo the "Karen" mentality, with one person asking: "Why not just dress appropriately? Like why is modesty in public no longer a thing. There's other people sharing the space."

And some joked about the risk factor, with one person writing: “I’d be so scared to have something pop out. But they’re so cute.”

But she mostly received support, with someone writing: “Girl you look hot don’t listen to anyone telling you to wear something else … I'd be in a bikini if I could. I wanna see the muscles work!”

Since, Kayla has remained true to herself, sharing videos of her training in the gym, confidently wearing her bandeau sports bras. 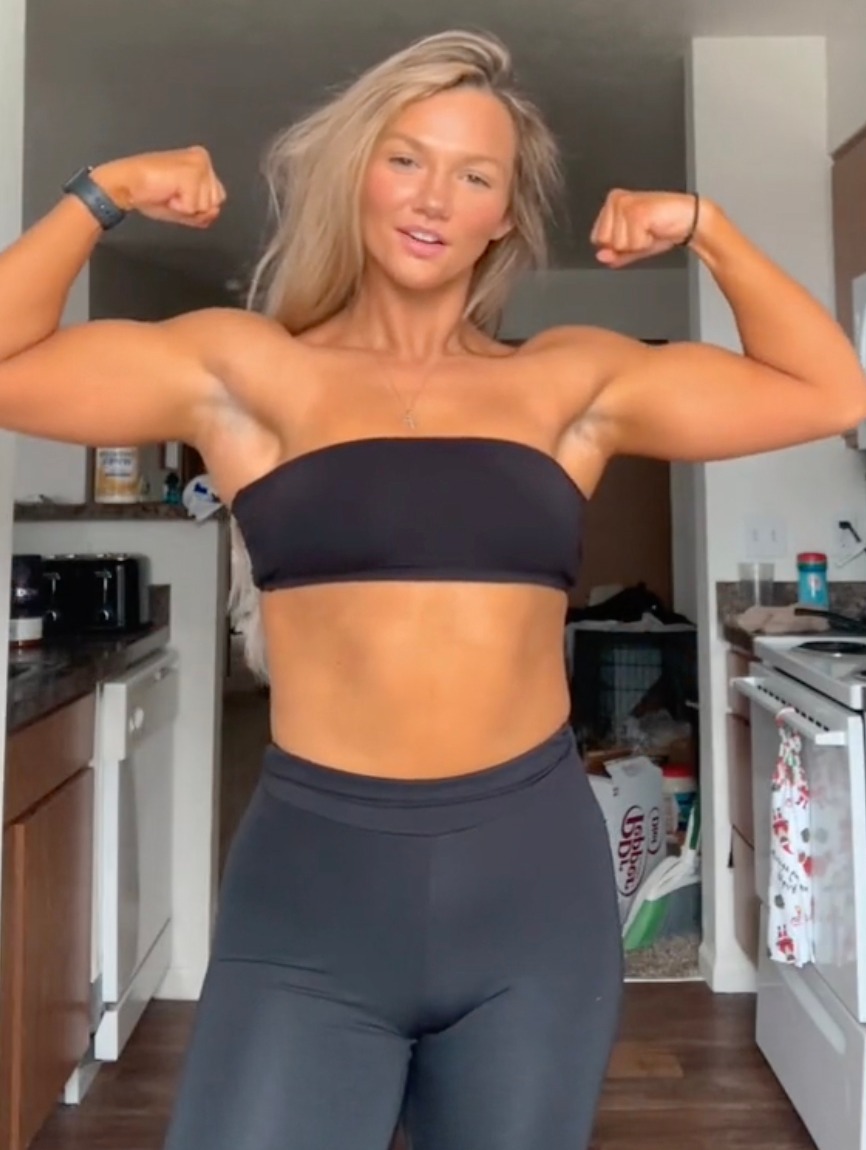 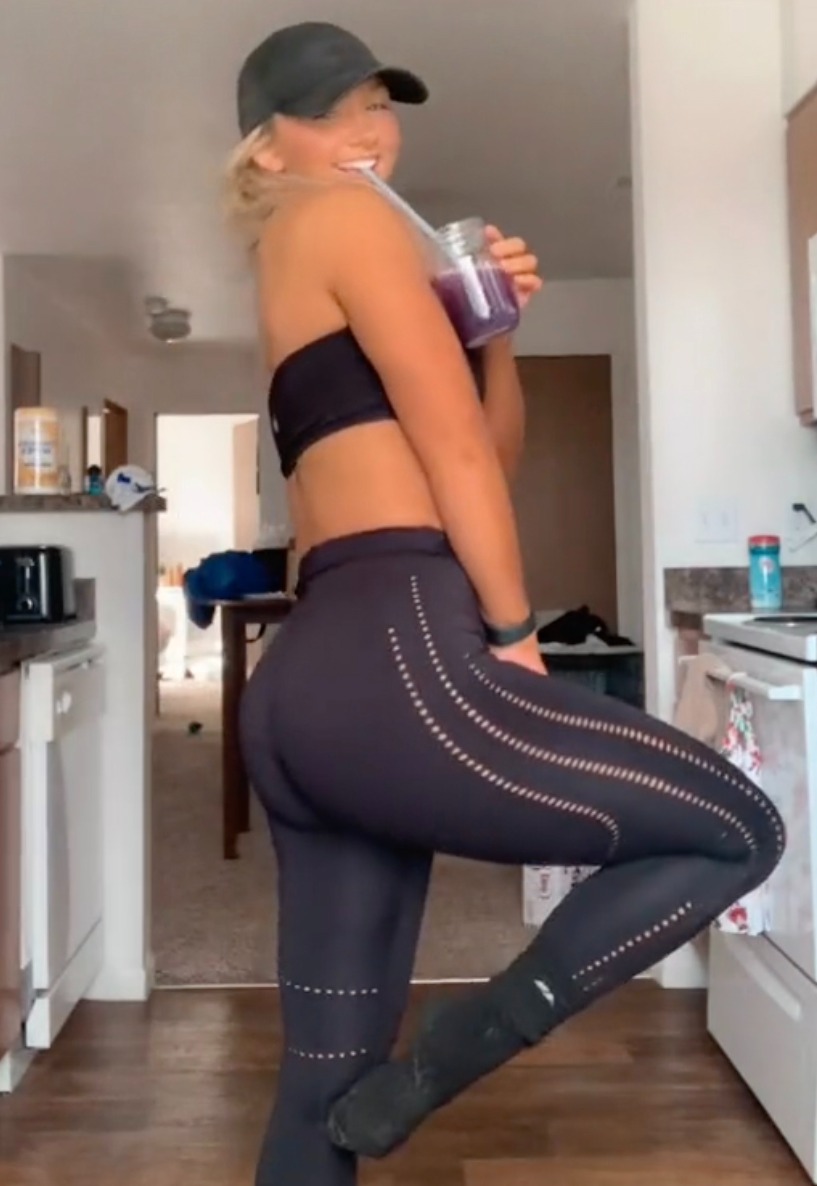 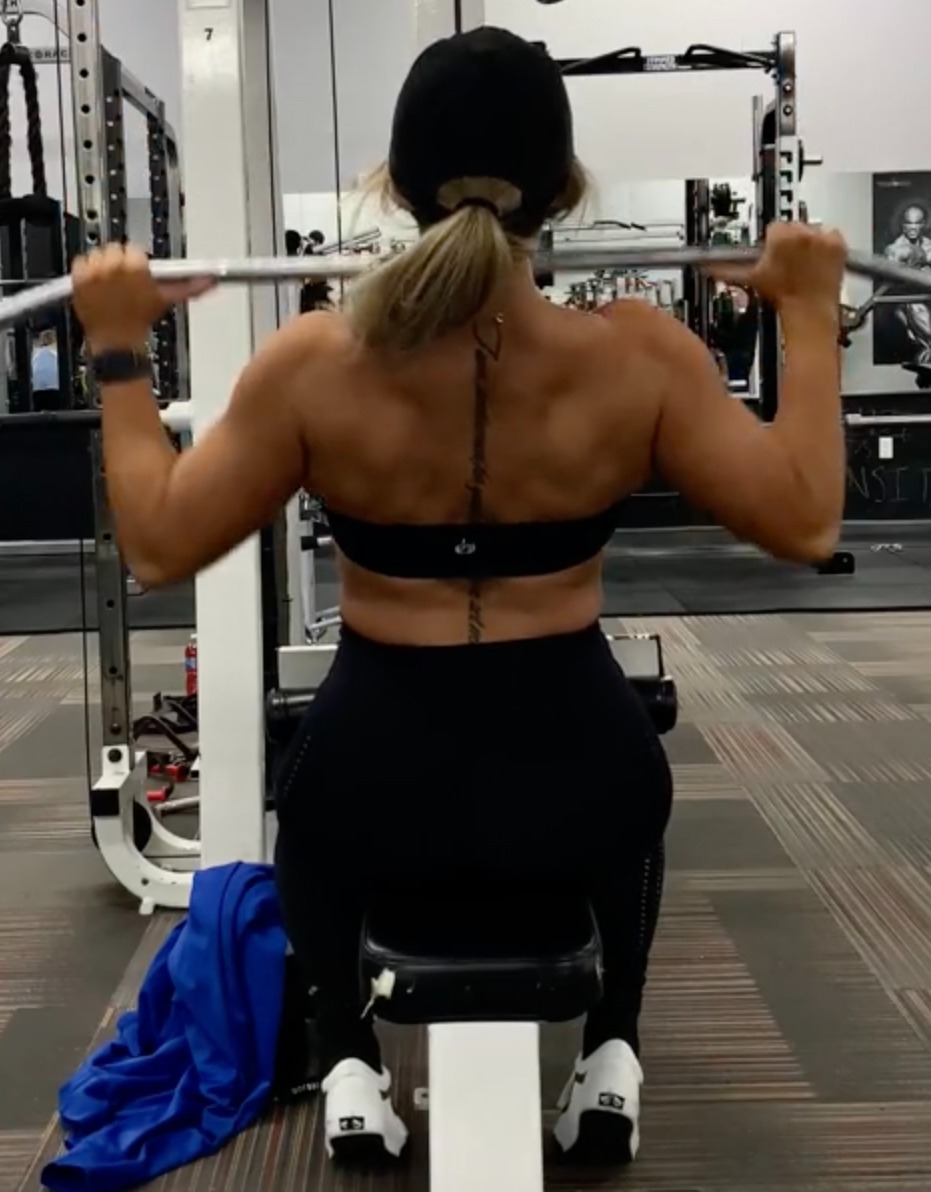