But one mum got a a lot less than she bargained for when her family booked a glamping holiday next to a farm for £90 a night. 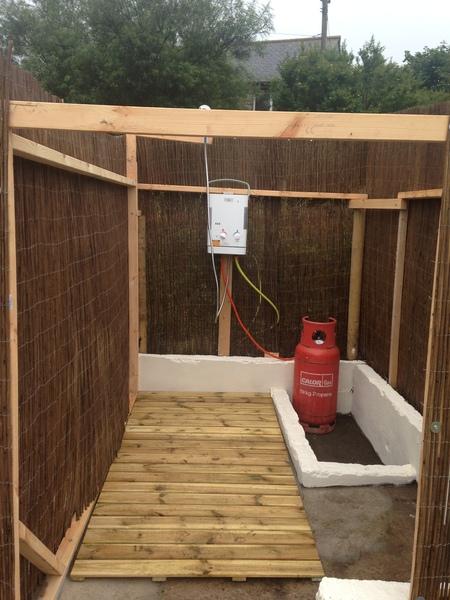 Taking to Mumsnet to share the less than desirable holiday stay, the user said: "I booked a glamping experience via Airbnb – it isn't what I expected but I don't know if I am being precious."

Describing the lacklustre site, the Mum described the "pre-erected bell tent with inflatable beds" as "very sweet" but went on to say that "it's the lack of amenities" that has got her feeling "fed up."

Where free-standing baths and private hot tubs are the norm for most glamping sites, this family have had to put up with a basic "long drop toilet" and a less than glamorous "communal open shower" with "tepid" temperatures.

Not to mention the farmyard location means that "sheep keep popping in" to the snug living quarters for unwanted visits.

Unsurprisingly, the comments have been flooded with fellow users telling the mum that the accommodation is a total "rip off".

One user wrote: "I wouldn't call that glamping. Though the tent may be lovely, I think I'd expect facilities at least on par with a decent caravan/camping club site."

A sympathetic Mum said the owners had "done the bare minimum" and the family reserved the right to complain about the lacklustre conditions.

Another rightly added: "Premier Inn are better value than that."

Others have criticised the holidaymaker for not doing more research beforehand.

One experienced user described the site as her "idea of hell" but said "what's important is how it was to described to you when you paid for it – did you see photos of the showers and toilets as well as the tent you would stay in?"

Despite being sympathetic for the fed up family, one user wrote "I would have also looked closely at facilities before booking."

In more Mumsnet news, this woman found texts branding her a "stupid b****' and a 'lazy cow' on her mother-in-law's phone while they were on holiday together.

And this struggling mum has been asked for rent by her boyfriend of 10 years… and people are telling her to get rid.

Plus this Mumsnet user is being mocked for asking if two large oranges is "too much sugar".