Nicola Robertson, 48, began entering her only granddaughter, Payton Lafferty, into beauty pageants two years ago and has since spent a small fortune on dresses, hair pieces, shows, bags and make-up. 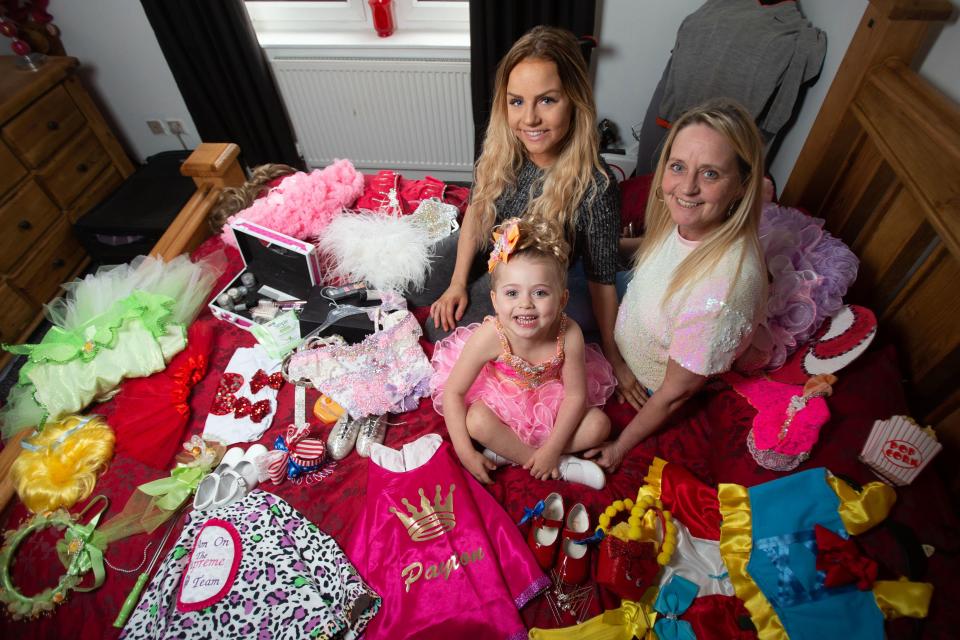 The glitzy dresses for Payton can cost up to £500 and with each pageant having its own an entry fee of around £60.

With the help of her daughter, Tracie Aldridge, 22, the pair have entered Payton into 10 competitions – and are now prepping for the next one.

Nicola, a social care worker, from Stirling, Scotland, said: "Payton loves being dressed up in the glitzy dresses and having her hair and make-up done.

"She only wears lip-gloss and mascara when she's on stage, we like her to look as natural as possible." 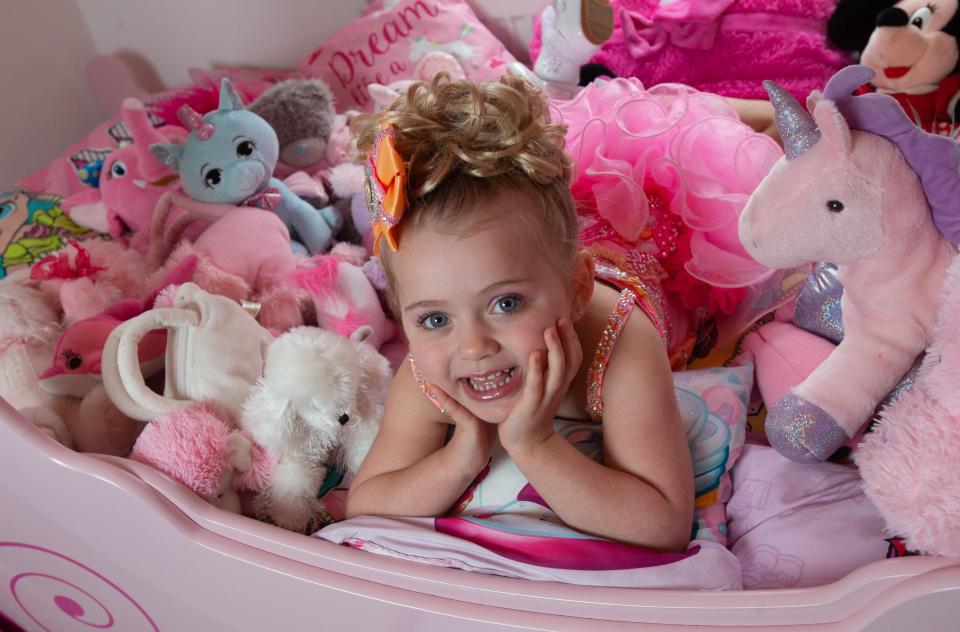 She continued: "We'd never enter Payton if she didn't want to enter the pageants but she loves it.

"I love the dresses more than anything and I have been known to spend £500 on one dress.

"A lot of them are handmade or are custom made in America.

"Sometimes I will buy them second-hand but they are so beautiful that I don't mind spending my money. 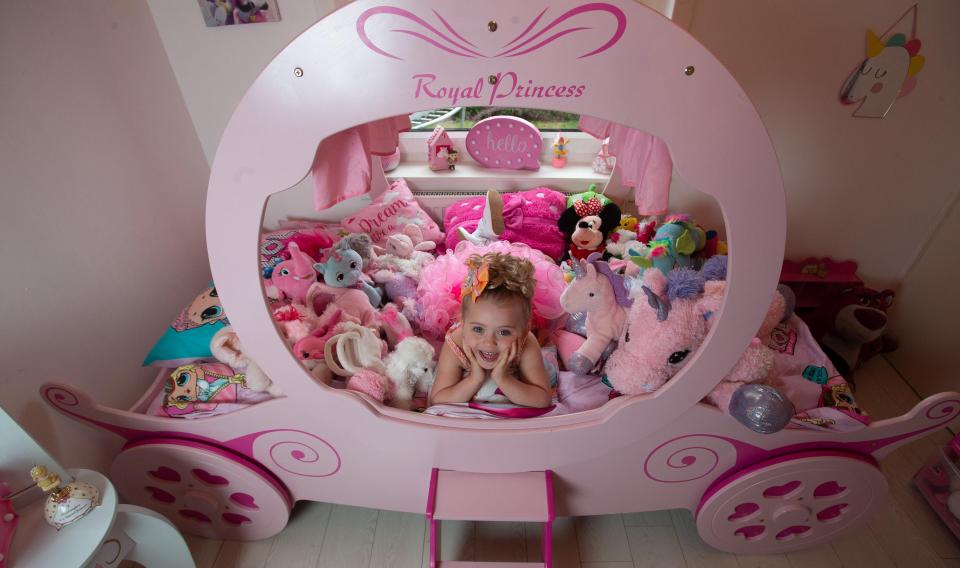 "There's no doubt that I spend more money on Payton than I do myself, she has the best wardrobe,"  she continued.

"I have sold some of her dresses in the past two years so her collection isn't huge but we have lots of props from the different themes she has dressed up as."

"One of my favourites was when Payton dressed up as Barbie, she wore a pink bikini and had a mini Barbie car as a prop. 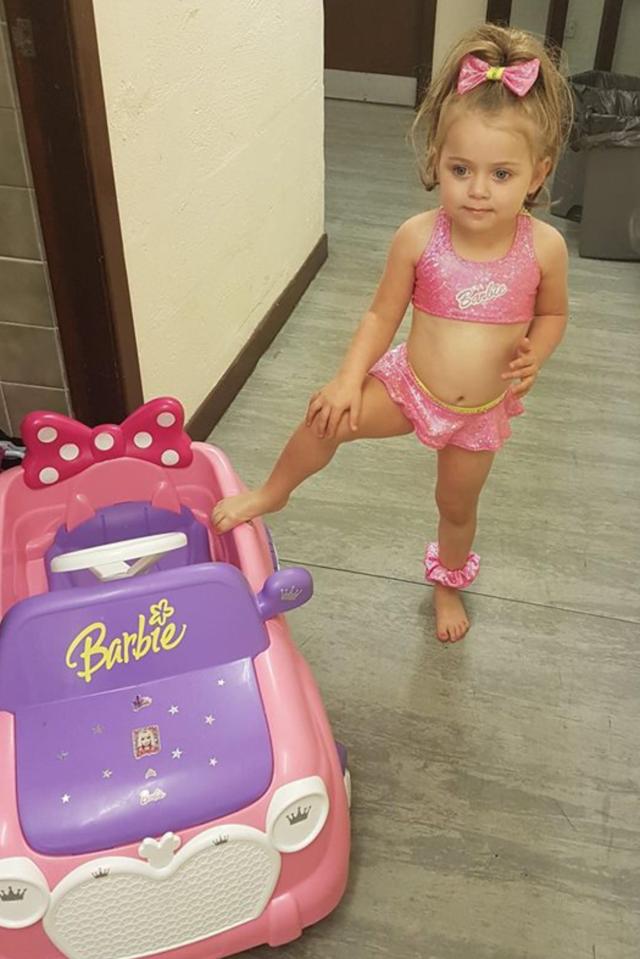 Nicola first fell in love with pageants for kids after watching TV programme, Toddlers and Tiaras, in 2015.

She added: "Payton loved dancing and getting all dressed up so after researching pageants in my area I decided to give it a go.

"I was so excited and Payton has won the 'baby supreme' title twice during her 10 pageants.

How much does each pageant cost for Payton?

She explained: "But even if you don't win anything all the entrees are given a goodie bag, a crown and a sash.

"It's such a positive day and it has given Payton, who is due to start primary school in September, lots of confidence."

Despite the negative stigma attached to beauty pageants for children, Nicola has claimed she hasn't experienced any backlash from entering Payton. 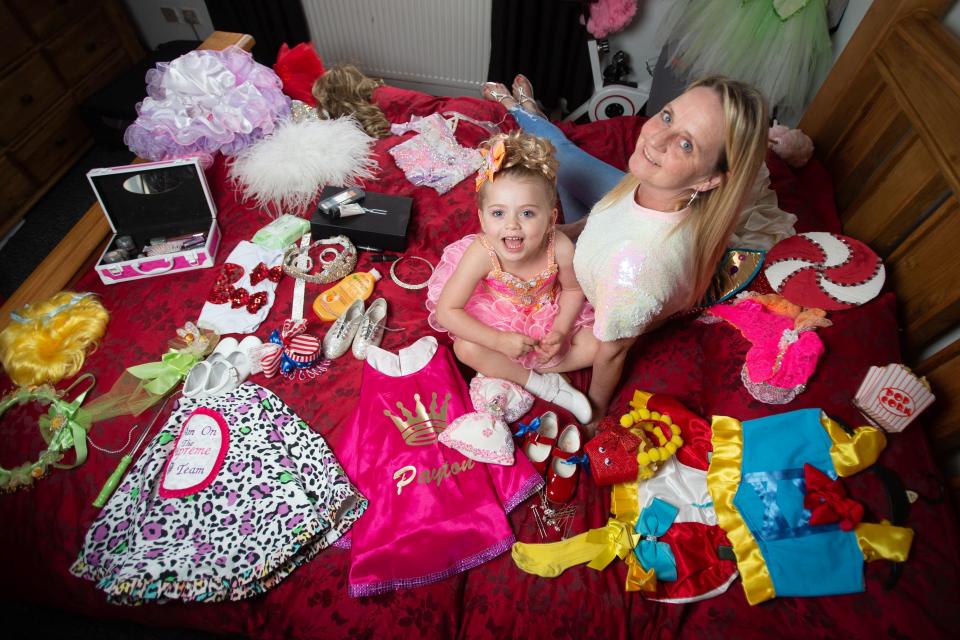 She added: "Payton loves it and so does her mum, Tracie, and me, it's a great day out.

"We've only experienced positive feedback from people and everyone at the pageants are always so friendly.

"I'd tell everyone to give it a go, if your child wants to do it then they could gain a lot of confidence from stepping on stage.

"I'm so proud of Payton and already can't wait to start planning her outfits for her competition in August."

Previously we told you about another pageant mum who lets her daughter, four, and son, 11, wear make-up and skimpy outfits.

And in August, another admitted spending thousands on fake tan and hair extensions for her four-year-old daughter.