AS we're sure all mums will agree, a key part of being a parent means instinctively taking your child's side in any kind of conflict.

So when this mum's seven-year-old son claimed he'd been told off by a parent at his school, she was horrified. 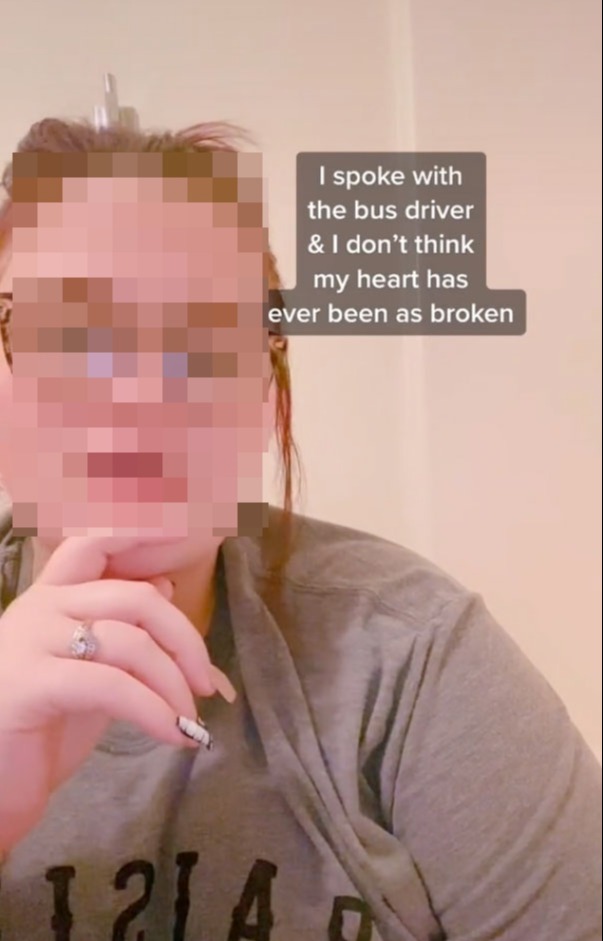 In a viral TikTok video, the woman explained how her son told her that he'd "accidentally" knocked off his class mate's glasses on the school bus.

And naturally, she didn't think to question if he was lying.

The mum said: "I believed every word that came out of his mouth.

"I was SO upset that a parent felt it was acceptable to threaten my seven-year-old child."

Before confronting the child's dad, the mum thought she'd ask the bus driver if they saw what happened – and he had a VERY different story.

She continued: "I don't think my heart has ever been as broken.

"He explained to me that this child is heavy set and he can't get off the bus quickly.

"He then told me how my child was shoving this boy down the aisle because he wasn't 'fast enough'."

And if that wasn't heartbreaking enough, the boy then told the woman's son: "I'm going as fast as I can."

She added: "My child ripped his glasses off his face and threw them to the back of the bus." 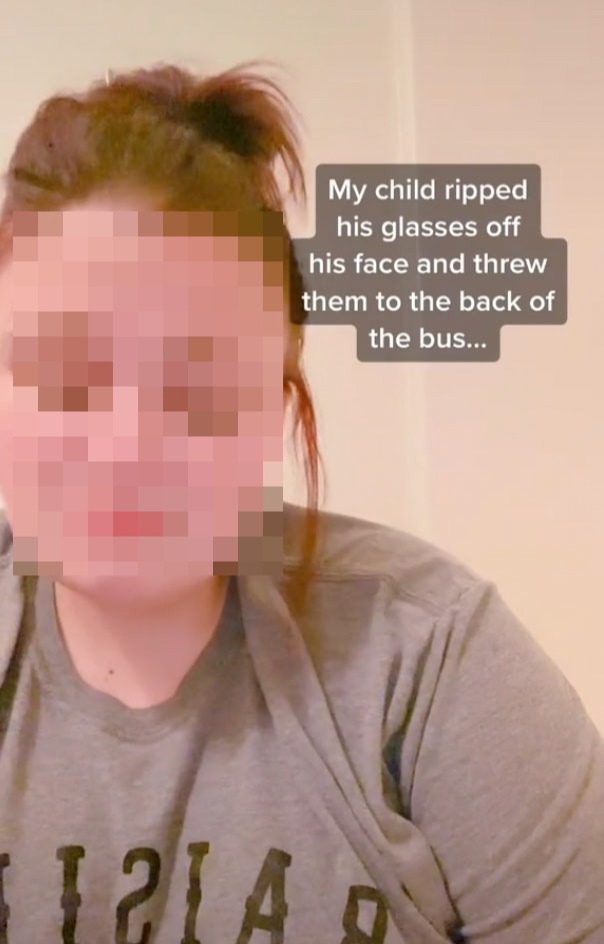 Needless to say, the mum was devastated to learn the truth of the incident and took her son over to the boy's house to apologise.

It was at this point that the mum found out her son hadn't been threatened at all – instead, the boy's dad had calmly asked why he had thrown his glasses.

What's more, the parents decided the best way to deal with the situation was to get the boys together for an after-school play date.

She said: "I was so bullied in school for my weight and I don't condone this behaviour, and it's not tolerated."

But despite the parents' resolution, the incident has still left the mum doubting herself.

"I don't know where to go from here," she admitted. "I'm obviously doing something wrong."

However, other parents were quick to praise the mum for her calm and considered response to a difficult situation.

Another added: "If every parent reacted like this when they found out their child is a bully instead of defending their child's behaviour, we would have less bullying."

Meanwhile, a third wrote: "The fact that you investigated, listened, and are correcting the behaviour means you're doing something right."

For more parenting stories, this strict mum who banned her kids from sleepovers says she’s worried about WEAPONS & doesn’t care if it seems mean.

And this mum slammed her ‘cheeky f***er’ sister-in-law for charging her to babysit & splits opinion.

Plus this teacher revealed the four things every parent should do before picking a school & why you SHOULDN’T just go to the open day.