ONE minute, Kayleigh Bettney was waving her boyfriend of three years off for a lads' weekend in Blackpool.

The next thing she knew, Ben, 26, was being publicly exposed as a love rat on Twitter. 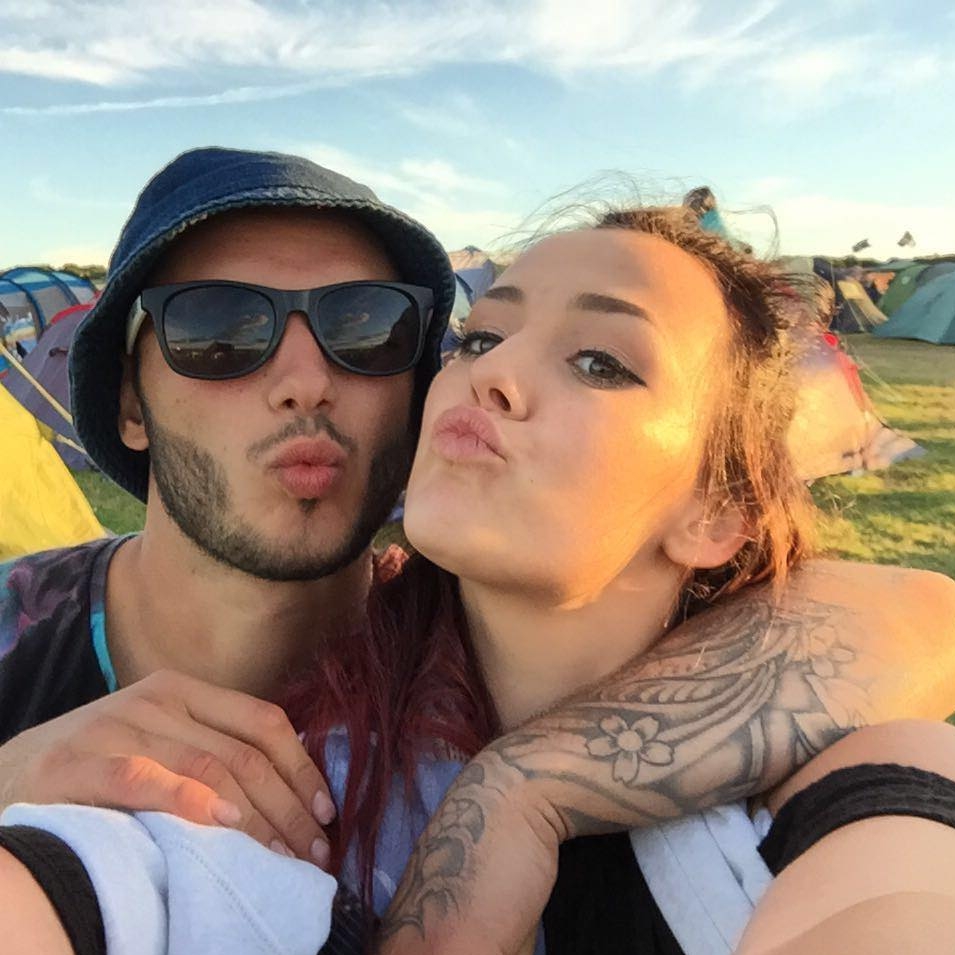 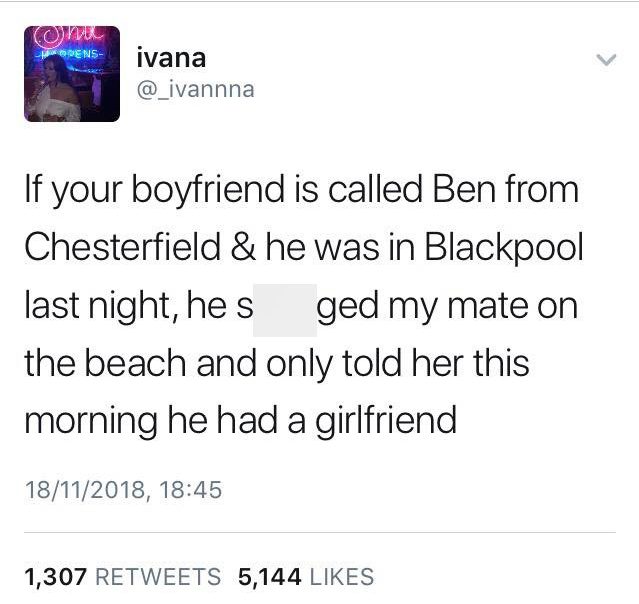 He'd had a drunken one night stand on the beach with a girl he'd just met – leaving Kayleigh, 23, from Chesterfield, heartbroken.

My friends were all on the dance floor when he approached me – and asked if I had a boyfriend. 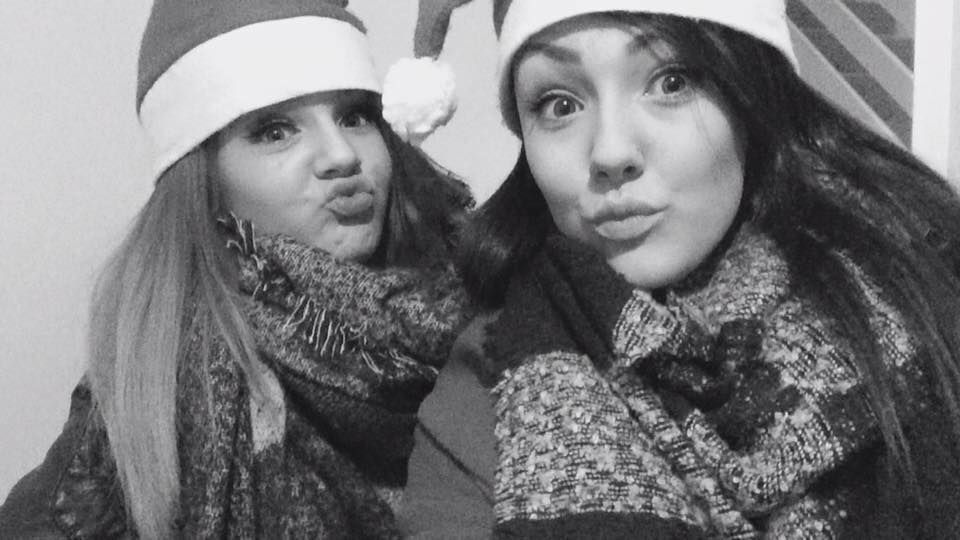 He offered to buy me a drink and, as we chatted away, I could see my friends giving me the thumbs up from across the room.

I was glad they approved – but how could they not? Ben was gorgeous and made me laugh, too.

Charming, friendly and handsome, I couldn’t say no when he asked for my number at the end of the night. He even gave me a little kiss.

When he texted me the next day, my stomach filled with butterflies. "I’d like to take you out one evening," he wrote.

I shyly said "yes" and we had our first date the next week.

Ben treated me like a princess, even when we were apart he’d send me thoughtful little gifts and flowers to let me know he was thinking of me.

Soon we were inseparable. 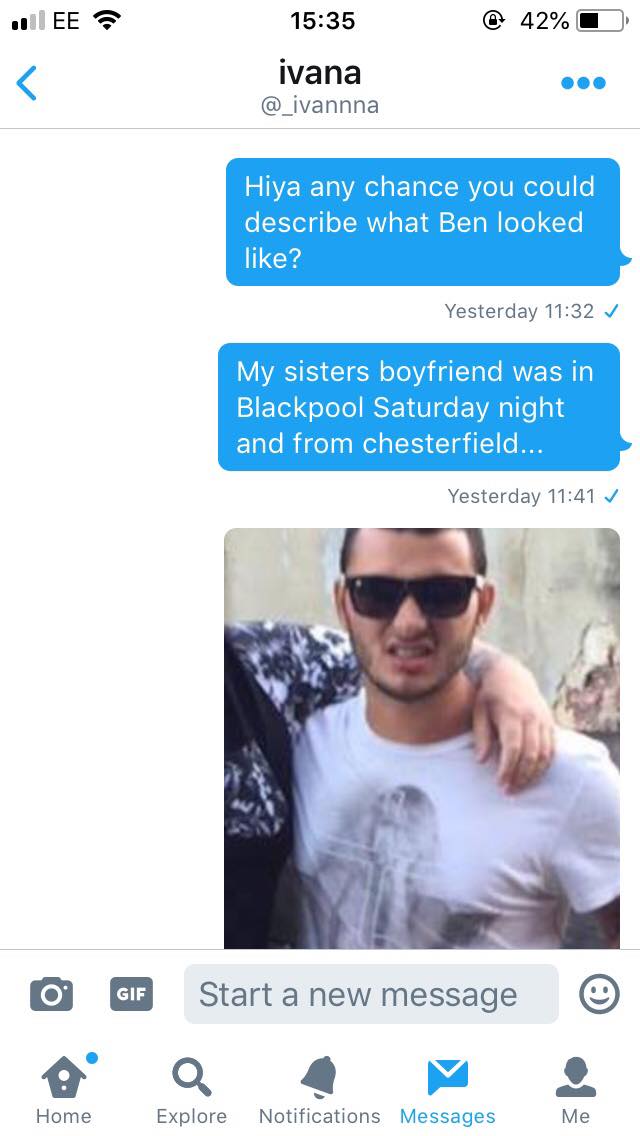 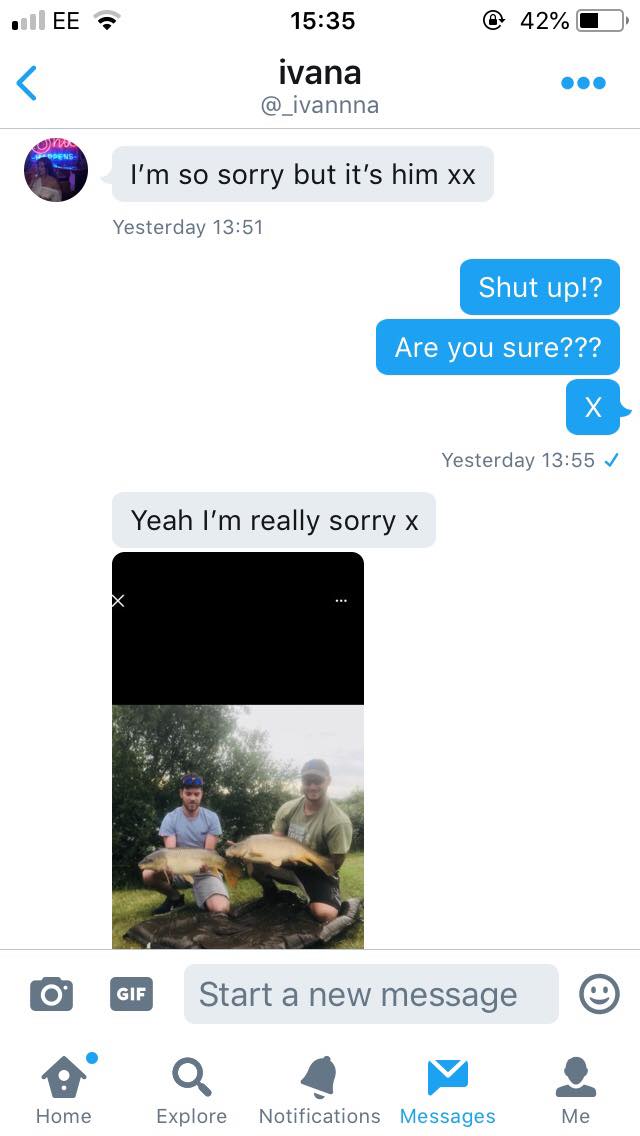 A few months later, Ben told me that he loved me. Things were moving quickly – but I felt exactly the same way.

After that, our relationship went from strength to strength and it wasn’t long before we moved in together.

Life was bliss and we were even talking about starting a family.

Then, in November, Ben went away to Blackpool for the night to celebrate his best friend’s birthday.

I spent the day shopping with my friends and went out for a few drinks in the evening.

Ben began the night texting me and sending me silly selfies, but as the night went on he stopped messaging me.

I assumed his phone battery had died, but the next day he seemed different. 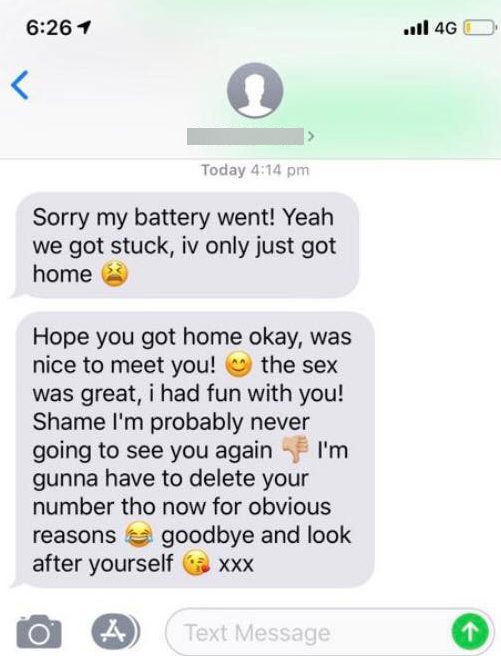 He barely had anything to say when I messaged him, claiming he was tired.

Then, a few hours later, I got a panicked phone call from my sister Rhiannon, 21.

Nothing could have prepared me for the bombshell she was about to drop.

"What are you talking about?" I asked. "You’re not making any sense."

When she sent me a screenshot of a status she’d spotted, my stomach instantly turned.

"If your boyfriend is called Ben from Chesterfield and he was in Blackpool last night, he sh***ed my mate on the beach and only told her this morning he had a girlfriend," it read.

He denied it, claiming it must be another 'Ben from Chesterfield'. But something didn’t feel right.

"You don’t think that’s him do you?" she asked.

"No," I said adamantly. "Ben wouldn’t do anything like that. It’s just a coincidence."

But the knot in my stomach wouldn’t go away, so I texted Ben to ask if it was him.

He denied it, claiming it must be another "Ben from Chesterfield". But something didn’t feel right.

Rhiannon messaged the girl to ask what Ben looked like. That night, she called me again.

I felt bile rise in my throat as she explained she’d sent the girl a picture of Ben and she'd confirmed it was the same guy her friend had sex with. 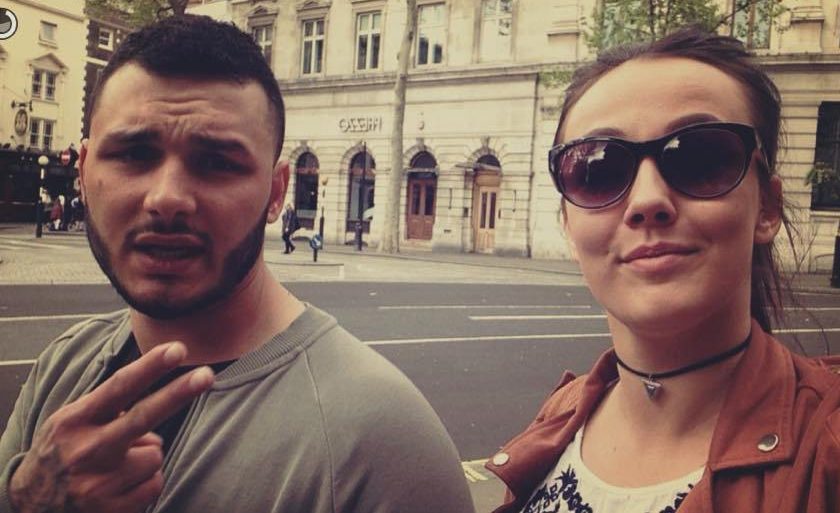 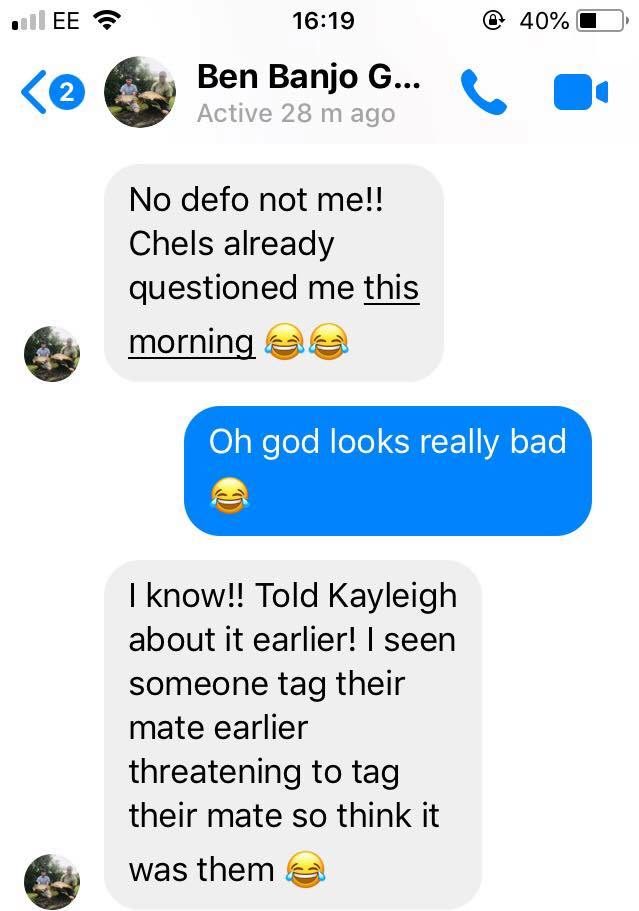 "I’m sorry," Rhiannon said. "He’s an idiot, sis. Not a classy one either. He had sex with a girl he’d just met on a beach. Tells you all you need to know about him."

I knew she was right, but I was devastated.

Ben’s betrayal was almost too much for me to bear, and when the Twitter status went viral, it made everything ten times worse.

The local paper even ran a story – outing "Ben from Chesterfield" as a dirty cheat.

I called Ben then, who reluctantly admitted the sordid truth. 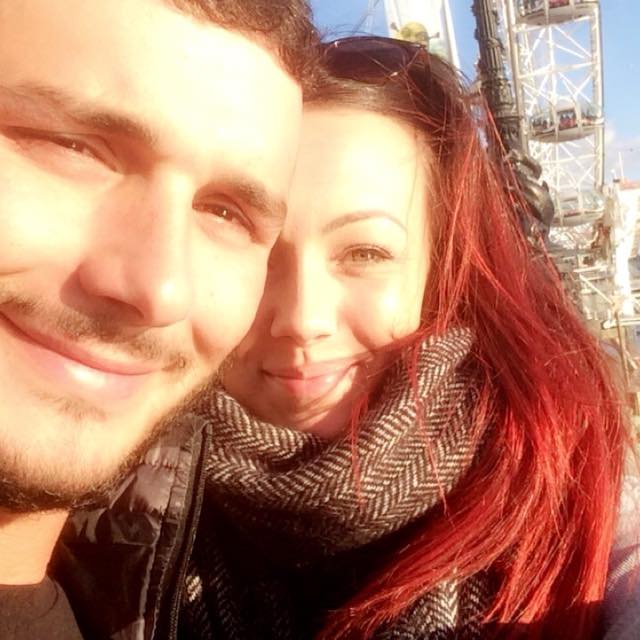 "Don’t bother," I spat, before hanging up. Then I took to Facebook to out him myself.

Ben came over to my mum's and begged for forgiveness, but I told him to pack his bags.

"You’ve made a huge fool of me," I snapped. "It’s all over the papers. Everyone knows what a lying, cheating, dirty rat you are."

"I’m sorry," he said. "It was a horrible mistake. I don’t even remember doing it."

But that was yet another lie.

In texts sent to the girl he slept with the following day, Ben had thanked her for the sex but told her he needed to delete her number for "obvious reasons".

He knew exactly what he was doing – he may well have done it before.

Six months on, I'm moving on with my life, but I'll still never forget the moment my man went viral for being a cheat.

Ben said: "Of course I regret it. I don’t really know what happened.

"I got talking to her – she knew I had a girlfriend by the way – and then I don’t really know what happened after we left the club.

"I had way too many drinks. Obviously I felt bad afterwards. It’s been killing me. It’s been crazy.

"It wasn’t the other girl who put it on Twitter either – it was her mate. She obviously wanted a bit of Twitter fame."

Last week, we brought you the story of a woman whose abusive relationship started after her ex saw her on Supersize vs Superskinny… it ended with him ‘trying to kill her’ in house fire.