A WOMAN claims her husband has been forced to pay child support – even though it's not his baby.

TikTok user uglyrosa has posted a picture of the paperwork and insists money has already been taken from her man's account. 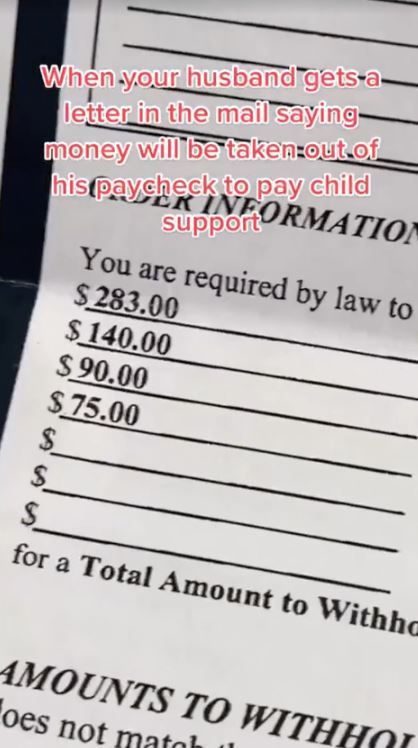 She's adamant it's a clerical error as her partner was just ten years old when the tot in question was born.

She shows the letter her husband received saying he must pay child support in the TikTok video and said how the money has already been taken even though they had just received the letter.

In the video, Rosa claims: “When your husband gets a letter in the mail saying that money will be taken out of his pay check to pay child support.

“Only to see the child was born in 07 and your husband was 10 at the time.

The letter clearly shows that her husband would be made to pay almost $600 (£430) a month in child support.

Rosa states the baby was born in 2007 but her husband would have been only ten-years-old at the time, implying it would be impossible for him to be the dad.

“So because they had the matching name, they were automatically like oh yeah that’s the baby daddy."

In response to the many questions they received about how this situation happened, Rosa uploaded two more videos explaining how it all came about.

She said: “The lady lives in Texas with her son, and the only reason why the letter got sent to him was because the baby daddy doesn’t have a social (social security number).

“So because they had the matching name, they were automatically like oh yeah that’s the baby daddy.

“They told my husband that the guy’s no longer here in the country so there’s no way to find him.

“He (her husband) called the attorney and let them know like ‘I’m not the dad’ and they said to send his ID and he showed proof of his birth date and they told him okay, well the money is already taken out, you’re going to have to wait for us to refund it.”

According to Cordell Cordell, a domestic litigation firm, under Texas child support laws, if you are paying child support to one child it equates to 20 per cent of your monthly income.

A court may order a parent to support a child until they either turn 18 or graduate high school.

The process for opening a child support claim is relatively easy to do in Texas, says Sisemore Law Firm, by requesting the forms and applying online or in person and giving as much detail as you know about yourself and the other parent.

After, the child support office will schedule a negotiation conference with the other parent. If no agreement is made it will be transferred to the government courts.

But apparently, this wasn’t the case for Rosa’s husband, Rosa claims they received no prior mail regarding child support until the letter came through and the money was taken.

She also said: “The child support office in Texas is going to receive it and then when they do, they will refund it back.

“I mean that’s all they are going to do, we just have to wait for the refund now, we just don’t know how long it’s going to take, I think they told us six to eight weeks.”

In a separate video, Rosa tried to debunk how the baby couldn’t be her husband’s and how they received no prior mail to the letter, after viewers were sceptical about the story.

“To the people saying he should pay child support to his kid and he could still have a kid at ten years old, like no.

“The lady who is the mother of the child had a kid in 2007 my husband was ten years old and she was 35, so there is no way that my husband at ten-years-old was with a 35-year-old, it just doesn’t add up.

“It’s not his kid, we just find it funny, the only reason was because he had the same name.

“Also to add, to the people who were saying oh they usually give you a letter saying he needs to take a DNA test, he literally received no mail whatsoever.”

Many people were left shocked by Rosa’s claim, one user wrote; “How do they do this without verifying it’s him, that’s the real issue.”

The top liked comment read: “How do you just steal someone’s money without verification?”

People in the comments claimed they had also experienced similar issues or knew people that had.

One user wrote: “This happened to my husband!! He apparently owed 60,000$ of child support! When the 1st child was born my husband was 7 yrs old and in Mexico!! Smh.”

Another responded: “Lmao that happened to my brother, it was the funniest thing ever because the kid was born when he was 3.”

A third commented: “I thought they do DNA tests before putting the dad on child support.” 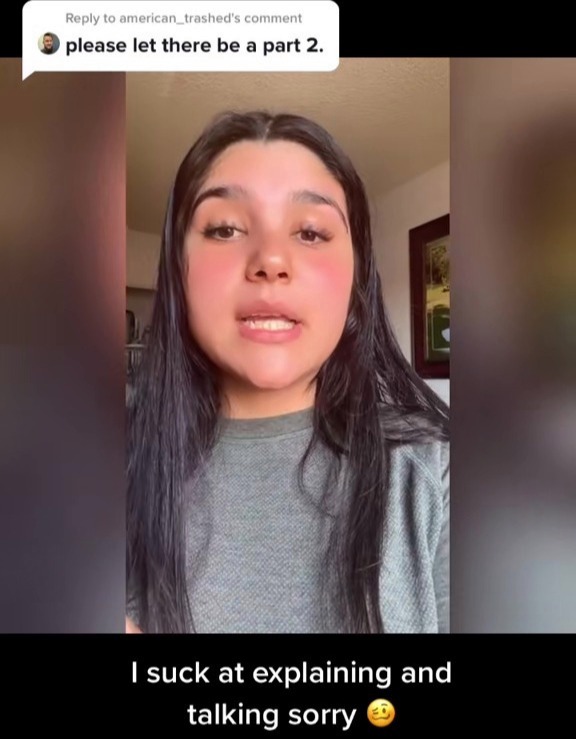 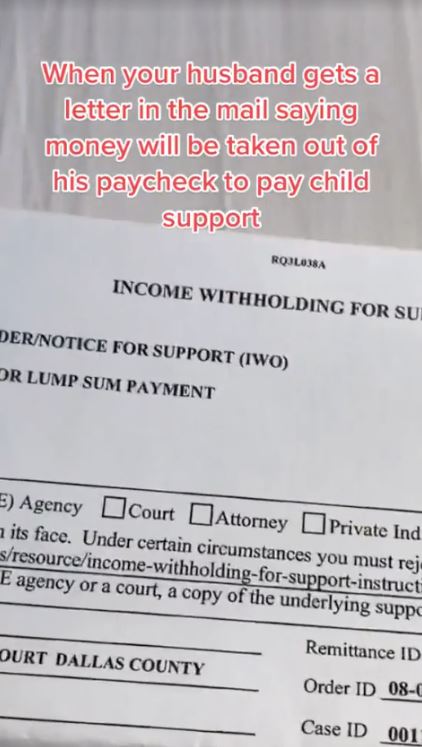 Plus the mum who is fuming at daughter's nursery after she learns they changed her name as it was 'hard to pronounce'.

And this woman's mother-in-law snuck in and recorded her giving birth whilst hiding in the bathroom.

Woman left furious after realising Tinder date only wanted to meet to get info on his ex wife.